Avi Gilburt is founder of ElliottWaveTrader.net, a live trading room and member forum focusing on Elliott Wave market analysis. Avi emphasizes a comprehensive reading of charts and wave counts that is free of personal bias or predisposition. A lawyer and accountant by training, Avi is a popular speaker at financial forums and conferences in the U.S. and internationally, including The Traders Expo and Prospectors & Developers Association of Canada (PDAC) Conference, and widely syndicated on sites including MarketWatch, TheStreet, Nasdaq.com, Forbes and Seeking Alpha, where he is the #1-read metals analyst. 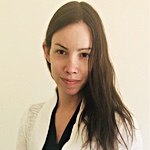 Lyn Alden Schwartzer provides analysis on select large, mid and small-cap stocks within our Stock Waves service, as well as macroeconomic analysis in our Avi's Market Alerts service. With a background blending engineering and finance, Lyn uses a dispassionate long-term quantitative and qualitative approach to filter through the noise and find value in stocks and markets around the world. 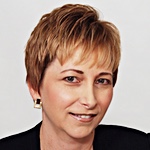 Carolyn Boroden, who is renowned for her expertise in Fibonacci price and timing analysis, joined our ElliottWaveTrader analyst team in December 2019. She provides analysis of U.S. equity Indices, bonds, precious metals and oil in her own Fibonacci Market Analysis service, and also covers individual U.S. stocks as host of the section, "Fibonacci Set-Ups," in our Stock Waves service.

Zac Mannes is co-host of the service Stock Waves within the ElliottWaveTrader Trading Room that provides wave alerts and trade set-ups on individual stocks. He also co-hosts the Metals, Mining & Agriculture service, as well as the site's weekly Beginners Circle Webinar for new members. One of the founding members of the EWT site, Zac began working in finance as an investment adviser in 2008, and adopted Elliott Wave Theory. He continues to push the boundaries on how sentiment drives the perception of fundamentals and how some fundamentals can influence sentiment, while focusing on a bottom up micro approach filtering through charts & EW counts on hundreds of individual stocks. 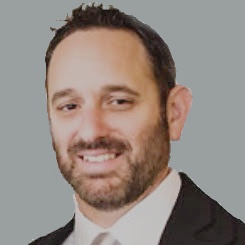 Michael Golembesky covers US Indices, the US Dollar, and the VIX, contributing frequently to Avi's Market Alerts service at EWT while also hosting his own VIX Trading service. He began his trading journey as a SOES trader in the late 90's. In 2005 he began trading the Forex markets at which time he was first introduced to Elliott Wave analysis. In 2012 he joined EWT where he further honed his knowledge of Elliott Wave analysis and Fibonacci Pinball. Michael also has an extensive background in real estate investing and finance, having spent close to 10 years working in this field.

Arkady Yakhnis provides extensive coverage on precious metals, energy, and forex within Avi's Market Alerts service at EWT, and also hosts the site's Forex service. A graduate of Moscow State University, he ran an investment consulting firm, managing private accounts, and also worked in the industrial equipment (induction heating) industry prior to his work at ElliottWaveTrader.

Princely Mathew hosts The Smart Money service, providing directional analysis in U.S. equity indexes as well as in miners (GDX) and crude oil (USO) using proprietary indicators based on market internals. Princely, who has been actively trading since 2003, was the second-place finisher in the 2015 World Cup Championship of Futures Trading®. (Registered mark of Robbins Trading Company's affiliate Robbins Financial Group.)

Ricky Wen hosts the ES Trade Alerts service at EWT, and also contributes a nightly column on the E-mini S&P 500 (ES) to Avi's Market Alerts service. Ricky has been trading professionally since 2009, and focuses on stock options and the ES futures. He is known for his mastery of candlesticks trading, moving averages, chart patterns and feedback loops, and has also developed his own proprietary Hourly Extreme Oversold/Overbought signals. 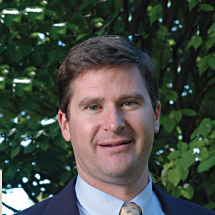 Luke Miller hosts two services at EWT providing Bayesian Timing analysis on a range of markets, including the equity indices, energy and metals, plus swing trade signals in ETFs tracking these markets. An Associate Professor of Economics & Business at Saint Anselm College, Luke has actively traded the Bayesian timing system since 2007. The strategy trades ETFs long and short for an average hold time of several days to several months. 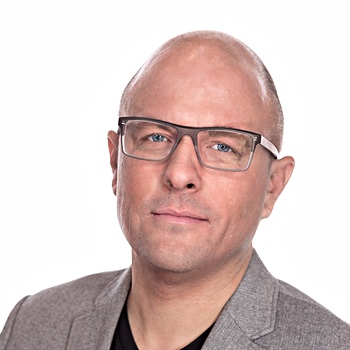 Ryan Wilday hosts EWT's Cryptocurrency Trading service. Ryan has over two decades of experience trading equities, futures and options. He has applied Elliott Wave theory to call many of the most important turns in Bitcoin and other cryptos since launching his Cryptocurrency service on EWT in 2017. Of late, Ryan has developed many quantitative systems for trading crypto which he has deployed in this service to the benefit of subscribers. 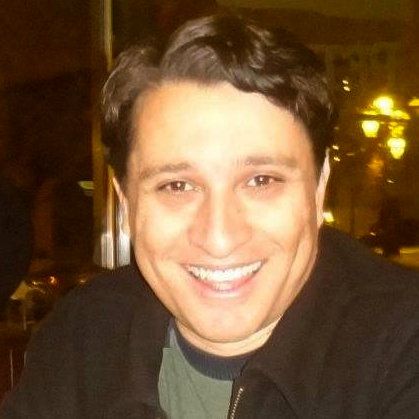 Leo Valencia hosts the Gamma Optimizer service at EWT, where he provides options education and trade set-ups, as well as access to his proprietary Gamma Optimizer tool. The tool helps traders pick the option strike and expiration that maximize returns for a particular move in the underlying. Leo, who also has developed a deep learning algorithm that seeks to predict 1% upside moves in the SPX within a 5-session period, is an electrical engineer formerly with Bell Labs and Cadence Design, and holds a PhD in physics from Stanford University.

Dr. Cari Bourette provides market sentiment analysis on the S&P 500, crude oil, gold, and USD within Avi's Market Alerts service. Dr. Cari, as she is known in our Trading Room, has a unique method for measuring market sentiment, and obtaining actionable market data from that sentiment. She has developed a way to provide daily S&P 500, crude oil, gold, and USD forecasts based on her proprietary Market Mood Indicator. Dr. Cari has a PsyD in Clinical Psychology, MS in Geoscience, MS in Counseling, and BS in Physics. Her sentiment analysis is based on research going on since 2006 into converting social mood information into numerical data, and, in turn, converting Internet search trends to market forecasting. The results of her research and details on her methodology have been published in numerous publications, including Technical Analysis of Stocks & Commodities Magazine (Oct 2017).

Victor Nguyen hosts the Index Quant Signals service within the EWT Trading Room. The service generates signals from a proprietary automated system Victor created based upon a fractal algorithm. Trading has been Victor's passion since he won his first stock trading competition in the 5th grade. Since then, he has placed 2nd in a worldwide virtual trading competition, with 300,000 participants. In 2008, Victor sold his insurance agency to pursue his true calling of becoming a full time day trader.

Larry White hosts his standalone Larry's Live Trading service in our EWT Trading Room, focusing on oil, miners, and other commodity-related trading. Larry joined as a member of EWT in October 2012 and quickly shifted his focus to mining stocks as well as the GDX and GDXJ mining ETFs. Prior to trading, Larry held management and executive roles for organizations such as Toshiba, ISOETEC, and Panasonic. 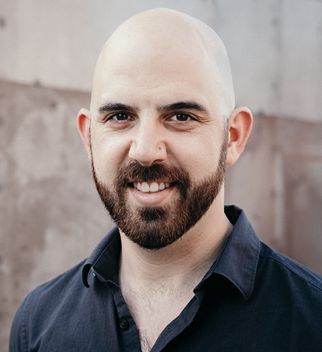 Jason Appel is a financial markets veteran who started his career on the trading floor of the Chicago Board of Trade in the early 2000s working as a top pit clerk for a high-volume broker. Since 2014, Jason has been studying and honing his skills in applying Elliott Wave analysis with "Fibonacci Pinball" toward a variety of asset classes and trading instrument, including stocks, U.S. equity indexes, physical commodities and cryptocurrencies. He holds a Bachelor of Science in Economics from DePaul University. 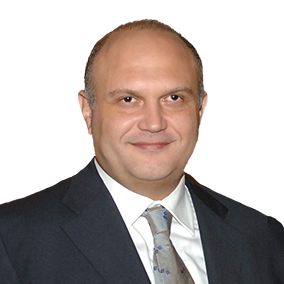 Rida Morwa is the lead analyst for High Dividend Investing (HDI), the largest service on Seeking Alpha’s MarketPlace and now offered on ElliottWaveTrader. HDI is dedicated to bringing investors the newest and most profitable dividend ideas and fixed income securities trading at attractive valuations, with a model portfolio that generates yields of 9-10% alongside steady capital gains.

Will Barton is the lead REIT analyst on the High Dividend Opportunities team and a real estate appraiser by profession. After a successful career culminating in managing the Appraisal Department for a county assessor, he stepped down to start a consulting firm. Since 2016, he has been publishing on Seeking Alpha under the pseudonym “Beyond Saving” using his real estate knowledge and research skills to become a leading contributor in the REIT space.

Ganesh Raman provides analysis on U.S. stocks in our Stock Waves service. An engineer with a background in finance, he is an independent investor who has traded the markets for over 20 years. Since 2012, he has used Elliott Wave analysis extensively in trading a variety of asset classes including individual equities, cryptos, commodity and equity futures. He uses the Elliott Wave analysis in conjunction with his knowledge of options to identify profitable option strategies (e.g spreads, covered puts) in individual equities.

With a BSE in Computer Science from Princeton University, and an MBA in Finance from the Wharton School, Leon Podolsky joined EWT in August 2021 to develop algorithms for a hotlist of the best setups within the stocks analyzed by our Stock Waves analysts. Leon is a serial entrepreneur and data science pioneer with more than 25 years experience holding CTO roles in numerous data and fintech startups.

Tammy Marshall co-hosts the Fibonacci Markets & Stocks service at EWT with Carolyn Boroden. She began working with Carolyn in 2014. With a BS in Education and a Master’s of Education in Psychology, she applies her talents as a teacher and her knowledge of psychology to teach EWT members how to trade more accurately and effectively using specific entries and exits based on Carolyn’s Fibonacci analysis method.