The recent price action in ES requires a cautionary shift in primary count for SPX/ES.

We got the turn down from the "b" wave at the end of Feb, stopped where it should for "(i)" of c, bounce to the ideal 2734 target for "(ii)" and got a gap down from that level ideally starting the (iii) of c of 4. However the gap down failed to follow-through, once it came back >2700 we new at least a c of deeper (ii) was likely, but reaching over the "b" wave top invalidates the (i)-(ii) start to c.

DJI has NOT invalidated its (i)-(ii) start and IWM easily counts as topping in a larger b, but if you remember the purple subwave structure I wanted for a higher "b" we really should have dropped more in (b) of b... One could re-apply that count and looks for higher still in a (c) of "purple" b & NYSE would happily fit into this count but I think that opens up too large of a wind for IWM & NDX to push more.

NDX is the most bullish of the indices as mentioned last week, and that is lead by the green extension count we have been following in AMZN.

While the number of ind names and sectors that are in sync for immediate upside is severely lacking (hence the "cautious" shift).. many will likely be dragged kicking an screaming at first if these feedback loops continue.

The best case and what makes the most sense based on the structure up from March 2, which initially was corrective as of (ii), Is that this is (b) of an expanded flat for circle ii, and ideally we are trying to top in that and get a (c) down toward 2625.

Any consolidation that holds 2770 or 2730s and accelerates higher increase the probability that we are already in circle iii.

But as ugly as it would be there is still a significant RISK of a more attempts at 4, and even if just a (c) of circle ii in green that could be ~175pts of downside before turning up... And as I mentioned before at prior bottoms in early 2016, after the Brexit vote, and at the Nov election Garrett & I had many great setups in big ind names that allowed us to be very confident about those bottoms, that is severely lacking here... not just do many of those same names still seem to argue (as of Friday) for more attempts at 4, but as we get further to the potential end of P.3 the R:R for aggressive longs is becoming less than ideal. 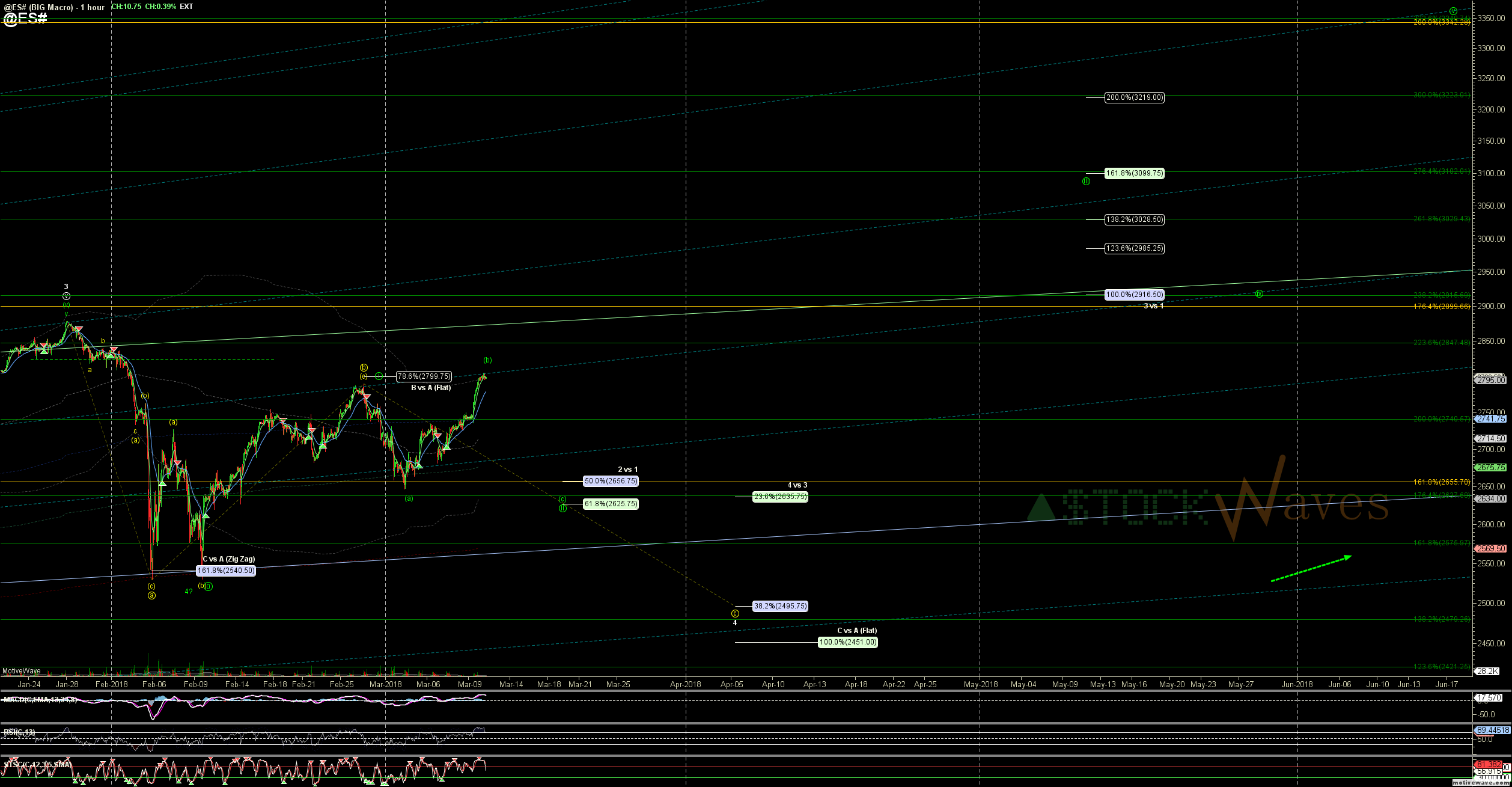 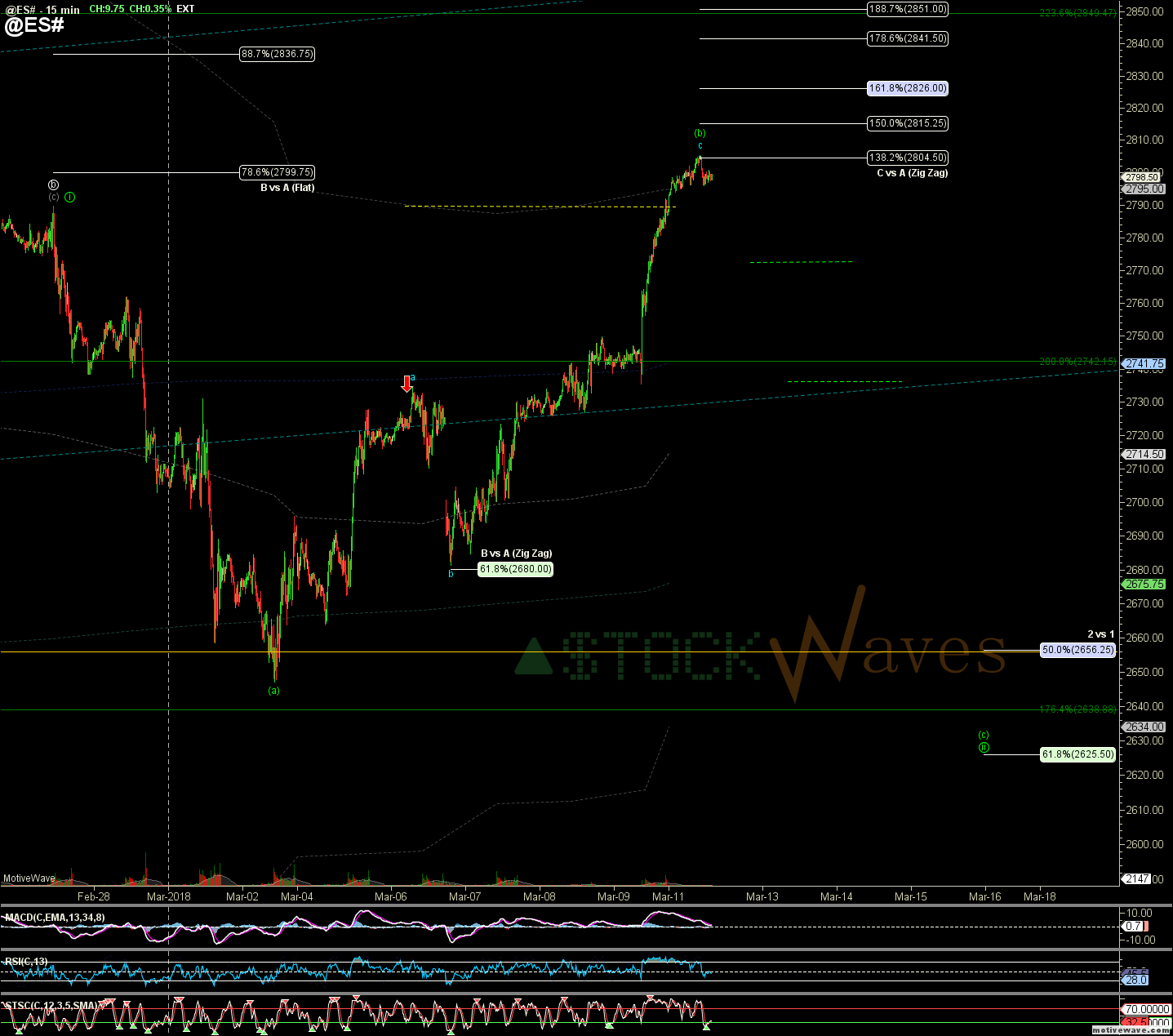 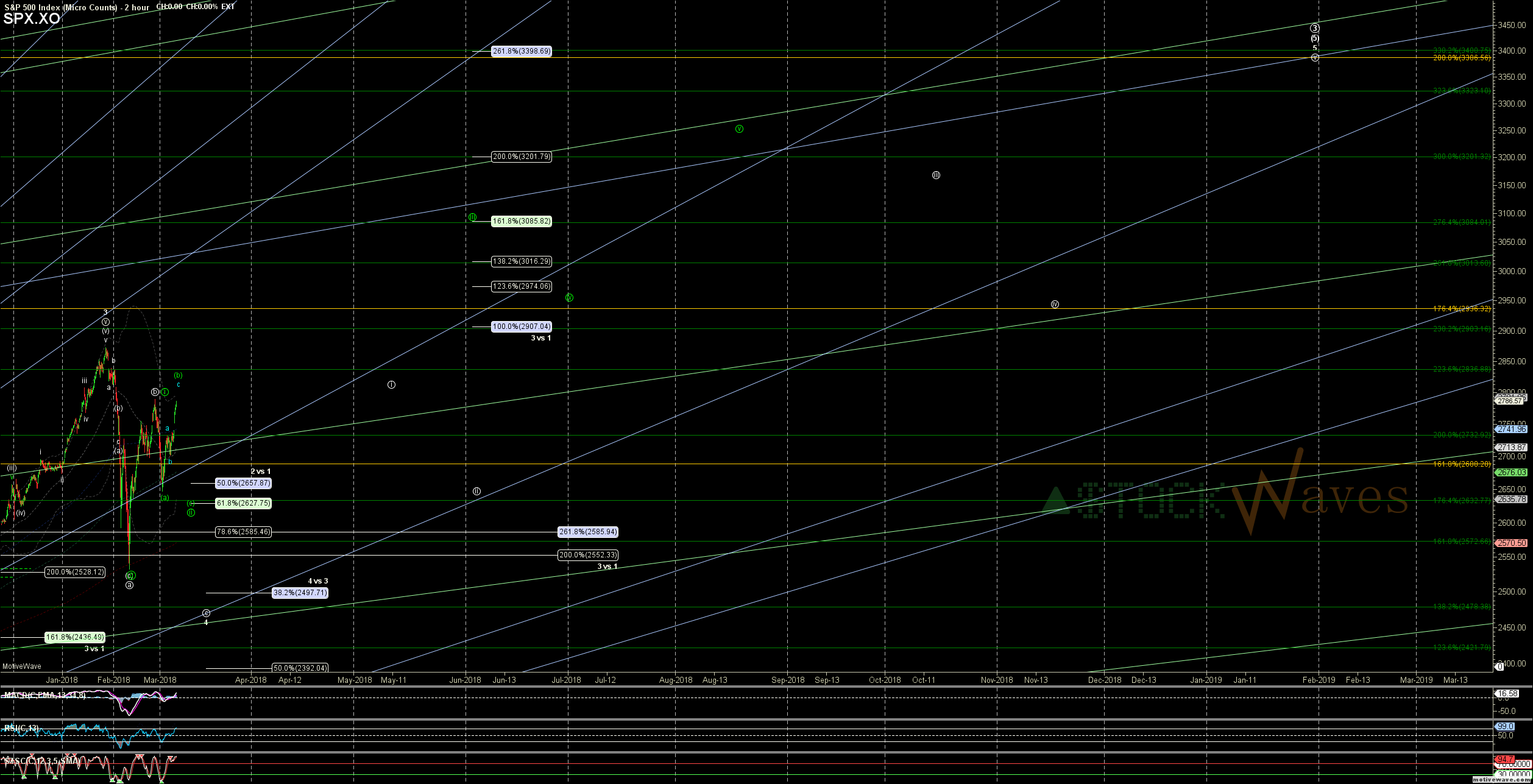