IPO’s are often preceded by major marketing campaigns, highlighting the underlying company in order to stimulate buying interest in the company.  And, when the marketing it truly good, then the stock will often soar from the opening price of the IPO within the hours and days of the opening price.  This hype often pushes people into a buying frenzy, as the price rises to levels which, historically, have proven to be unsustainable.

(See our full article titled, "Dear Avi:  Should I Buy An IPO?" on our Facebook page.)

In fact, the great majority of the time, not only do we see the price of the stock come back towards the price of the IPO, we see the price drop to at least 50% of the price struck not long after the IPO.  Yes, you heard that right.  Most of the recent IPO’s have not only been unable to sustain their opening price months after the IPO, but most have dropped to 50% of the price struck not long after the IPO.  Let’s look at a few examples. First is BABA.  This was a highly anticipated IPO, launched in Sept 2014 at $90.  The day of the IPO, it surged to almost $100, on its way to a November 2014 high of $120, before falling in an almost year-long correction that saw a low of 57.25, or 36% under the IPO price and 52% off the high. Since its' completion of the post-IPO pattern it has rallied perfectly in a large diagonal likely near completion and due for a retrace with the recent "blow-off" top. Next is FB. This was likely one of the most hyped IPOs of all time, and it opened at $38 in May 2012. That day it spiked to $45, but then quickly came back down, on its way to $17.50 in September of that same year. It saw nearly 54% shaved off the IPO price in three and a half months and 61% off the$ 45 peak. Since the low of that post-IPO pattern FB rallied in a larger impulsive pattern that is nearing a significant top. TWTR might have pulled up a bit short in the final extension of the (5) of its' large C wave down it retrace a staggering 80% off its brief post IPO high and is now showing the first small degree signs of confirmation of a major bottom. It could be setting up for a move like FB had 2012 to present. ETSY and PRTY were more recent IPOs that were not only equally hyped, but both launched on the same day- April 16, 2015.  PRTY came out at $20 and managed an initial rocky climb in the first few weeks of trading to a modest $22.60 level.  It fell all the way to $7.50 in the large (A)(B)(C) decline. That is -63% from the IPO price! Since the low it has reversed very solidly in a strong impulse, it is not clear if the retrace is complete but further upside is a very high probability off of support in the $13-$10 region, targeting well over the $40s longer term. ETSY did not fared any better. Its IPO price was $31, and it spiked its opening day to almost $36, but closed red. It fell all the way to a low at $6 in early 2016 which represents a haircut of over 80% off the IPO level! Since that low it has bounced but the structure is more corrective, it is set to head higher though off the 9.50 support level. These are just a handful of recent examples, and there are many more, including NDLS (lost 90% from its IPO price! and has not even "confirmed" a bottom yet.), SFM (lost 67% from its high), SEAS (lost 69% from its high), and BOJA (lost  43% from the IPO praice but is starting to drop in a larger (C) targeting $10-$7... a 50%-66% haircut). A few other more recent examples: Possibly the most hyped prior to SNAP was TWLO, it came out of the gate strong climbing for 3mo but in Oct when it broke the high support it needed to hold to keep heading North we knew what to expect... It tried to bounce a bit more in the "B" wave but fell hard in the start of C down on earnings. NTNX is playing out perfectly, heading down in the "C" wave now targeting <17. Other notables incle ALRM, ZOES, AST, OCUL and many more. It is not all bad news though, like FB we have seen several successful graduates from the CABpIPO school of Hard Knocks. RACE (Ferrari) is a great example of taking its post IPO lumps and then getting a nice impulsive move that has really been following through beautifully like 458 carving the corners of an Alpine road. SHAK is notable because, while it should be only in the (B) wave bounce with a large (C) down to come targeting a ~65% draw-down for those who bought the IPO, it has a VERY high short interest and a setup for the C wave up in that (B) toward 47-56 region. So let's take a look at SNAP now: Initial pop higher? Check; break of high support? Check; Starting a larger ABC targeting the 12 region? Certainly seems like it.

*More charts available and updated regularly in the StockWaves Service. 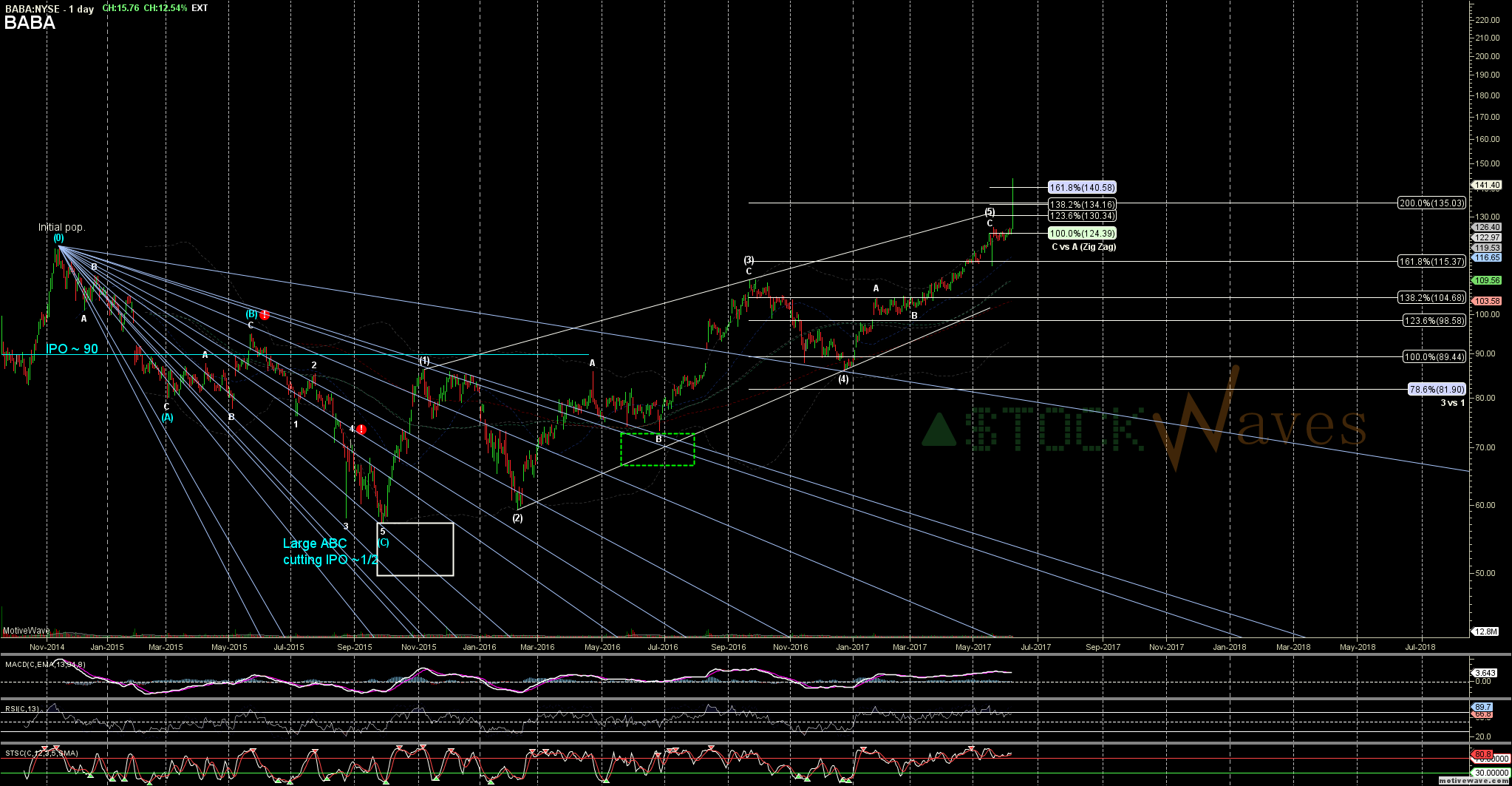 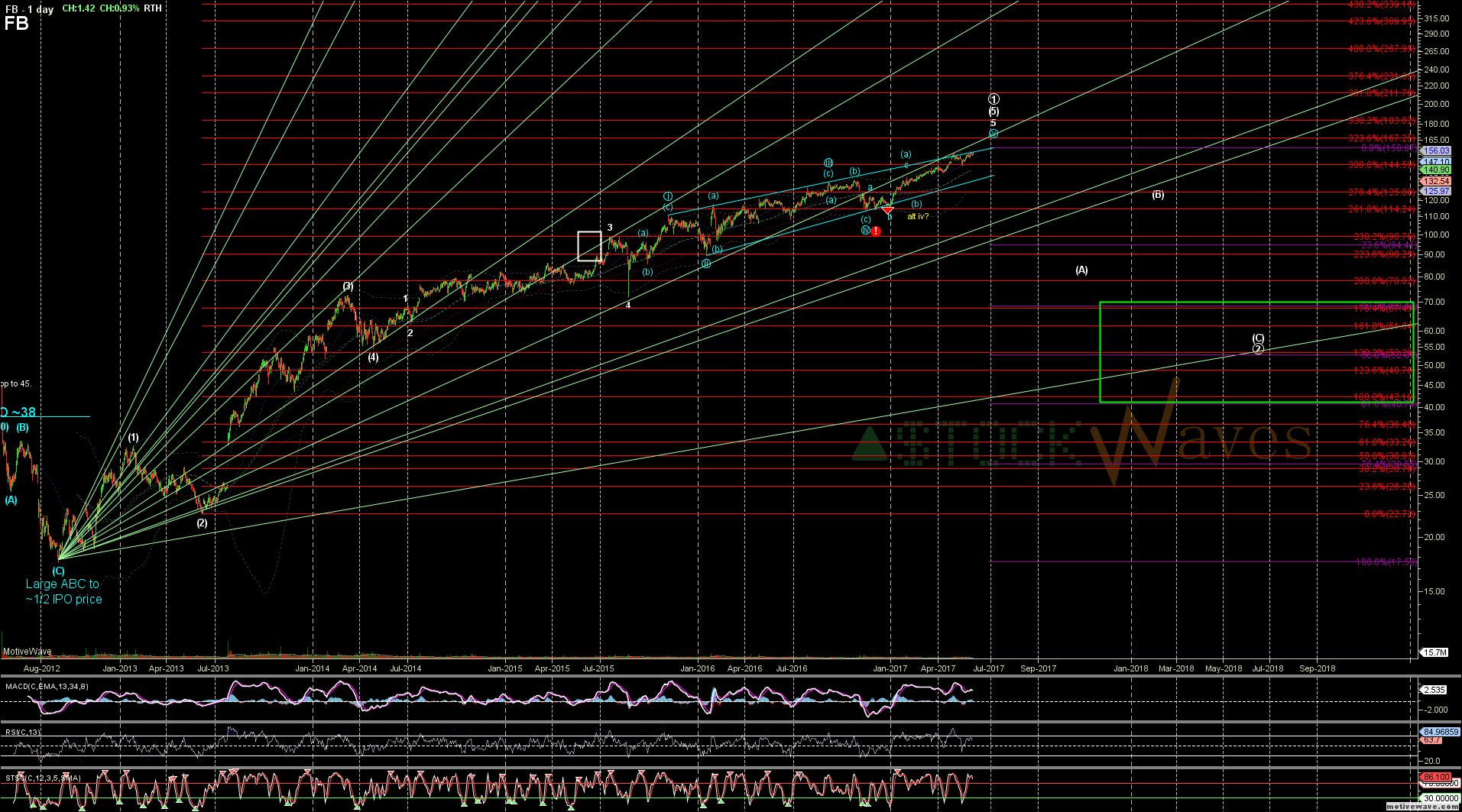 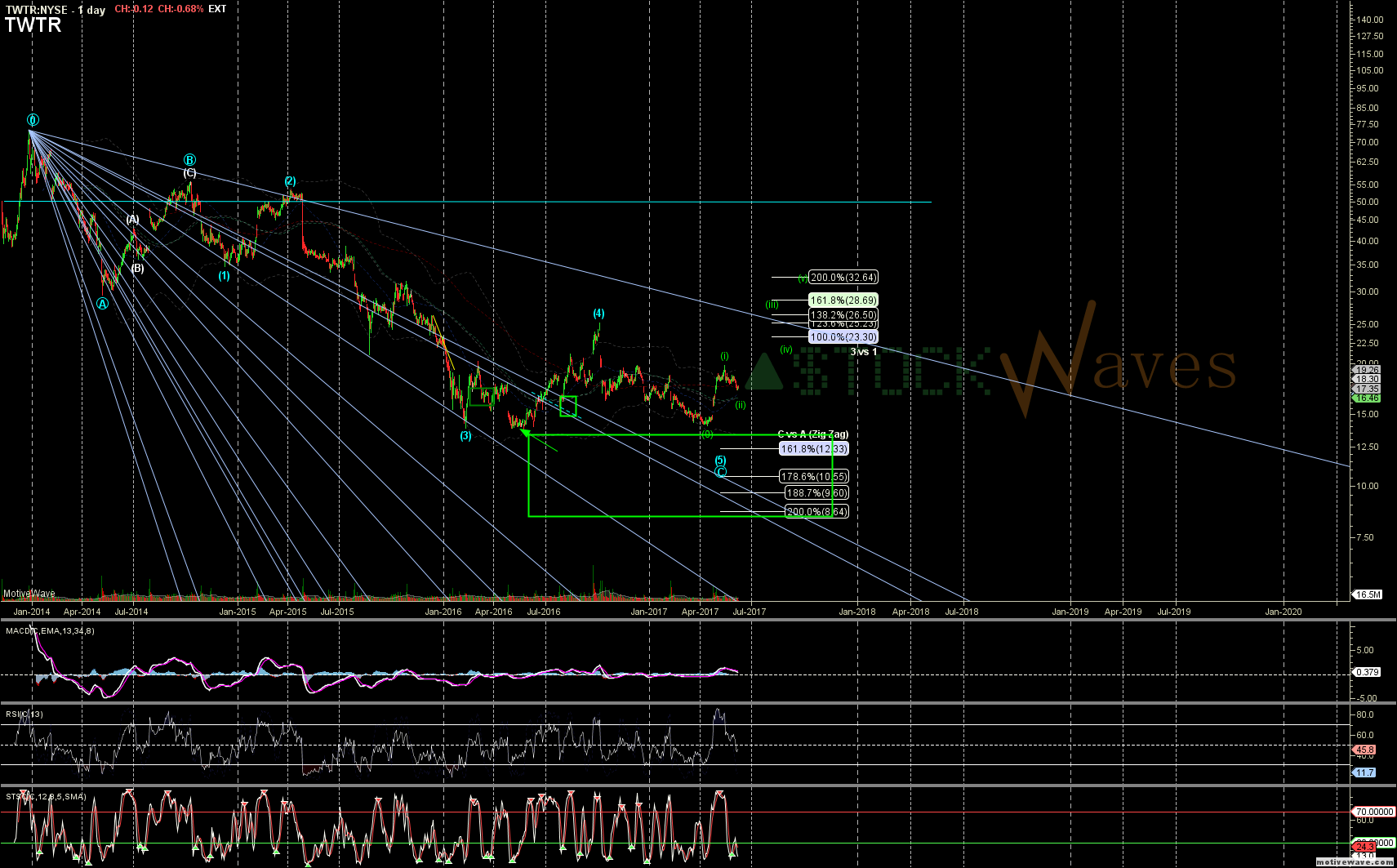 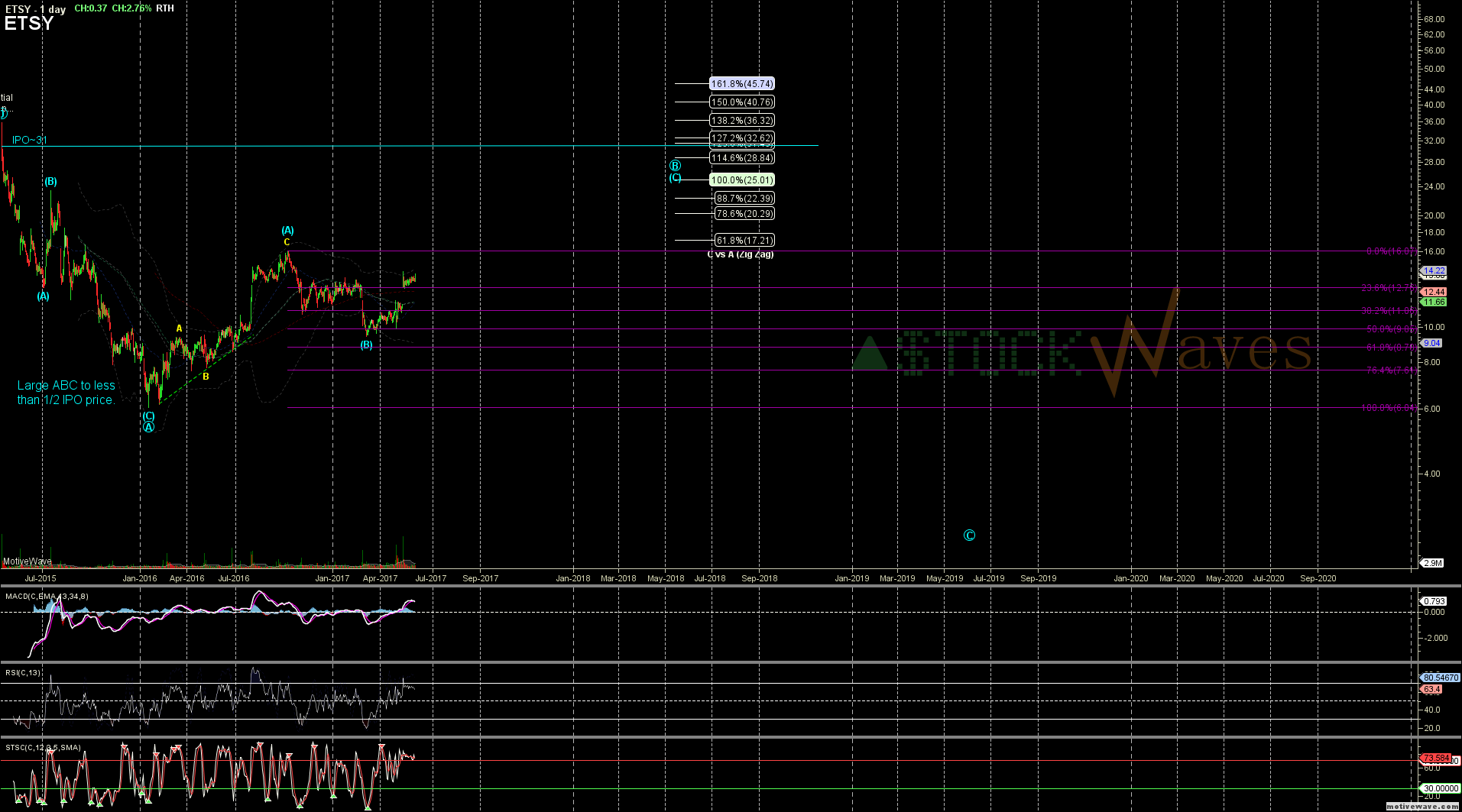 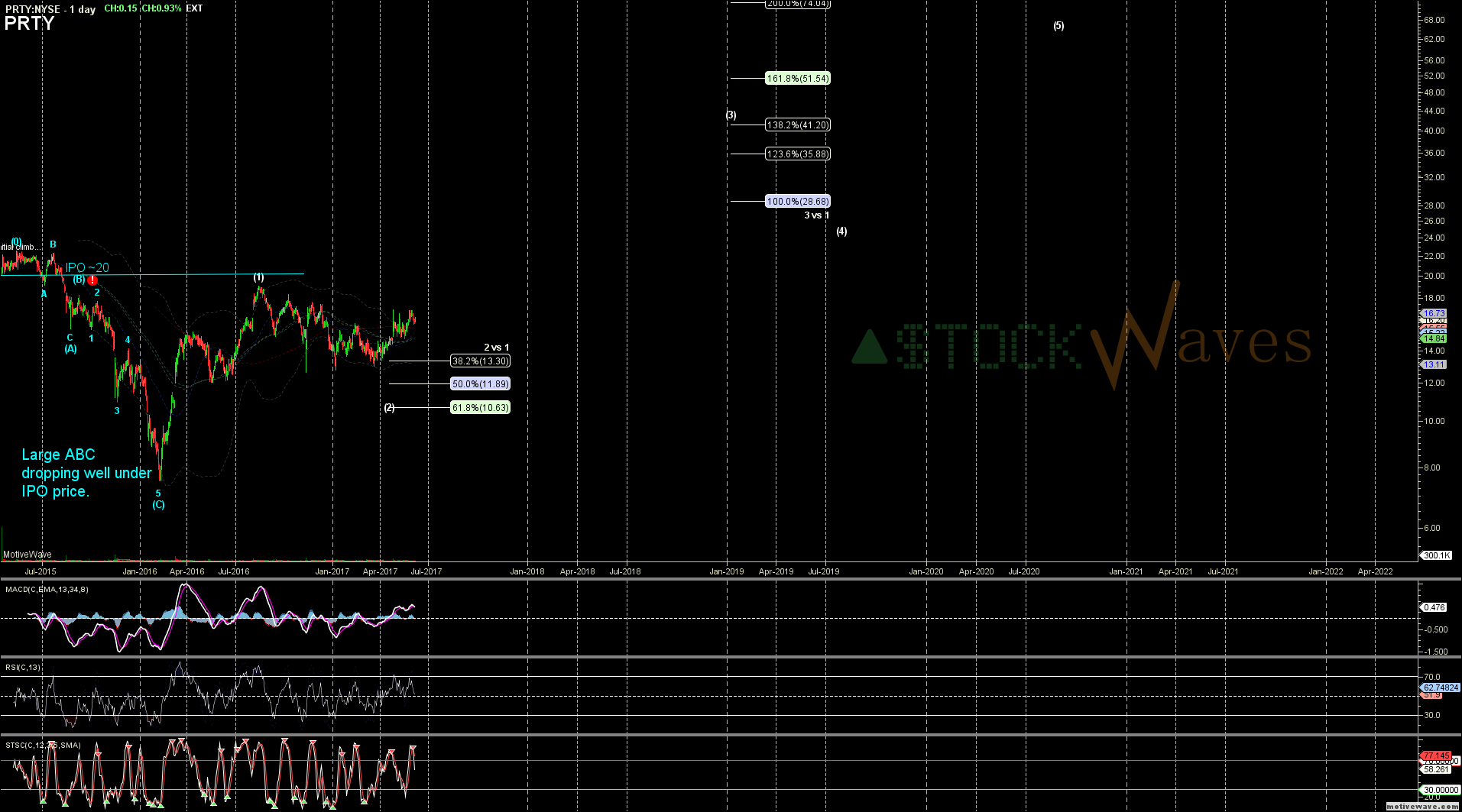 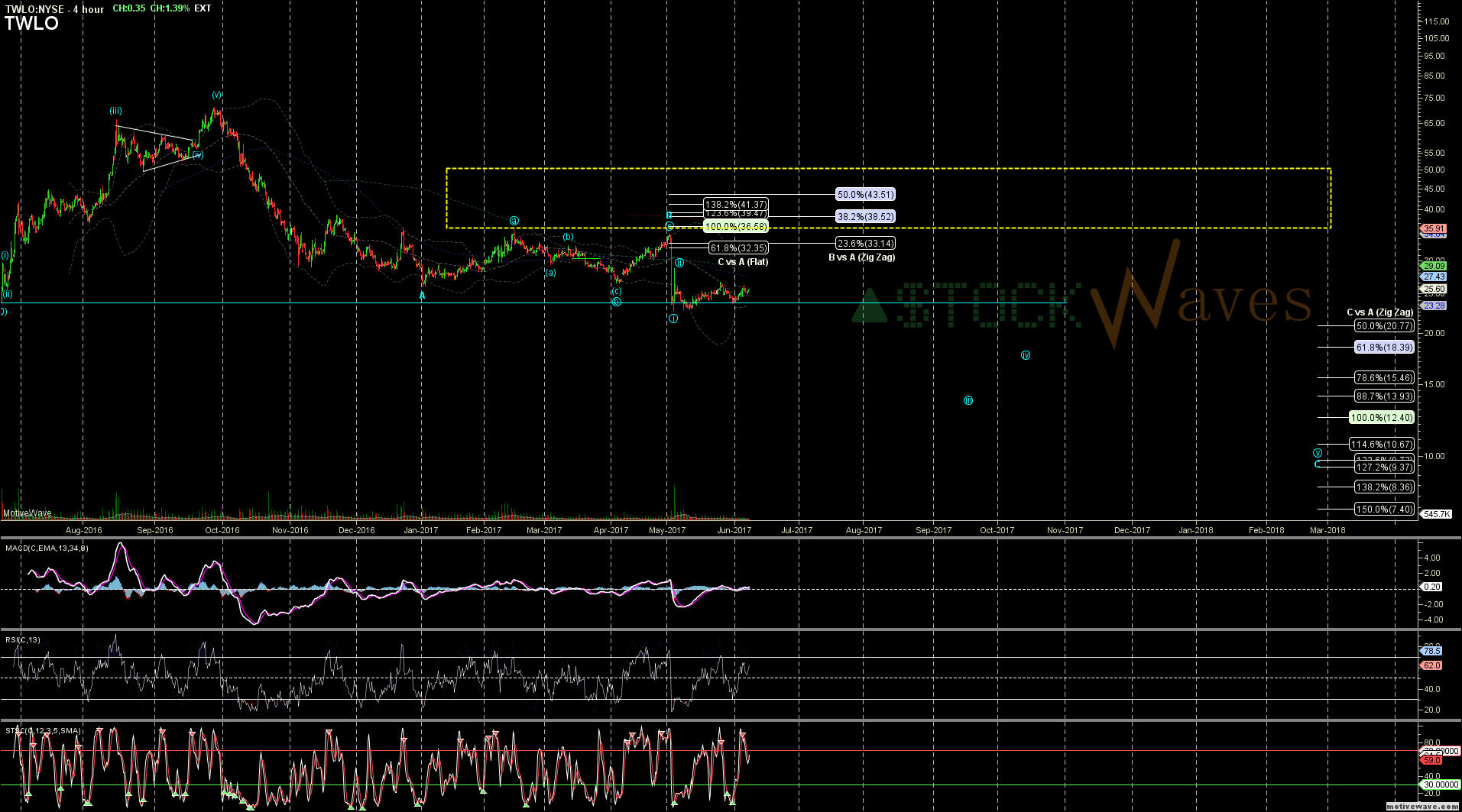 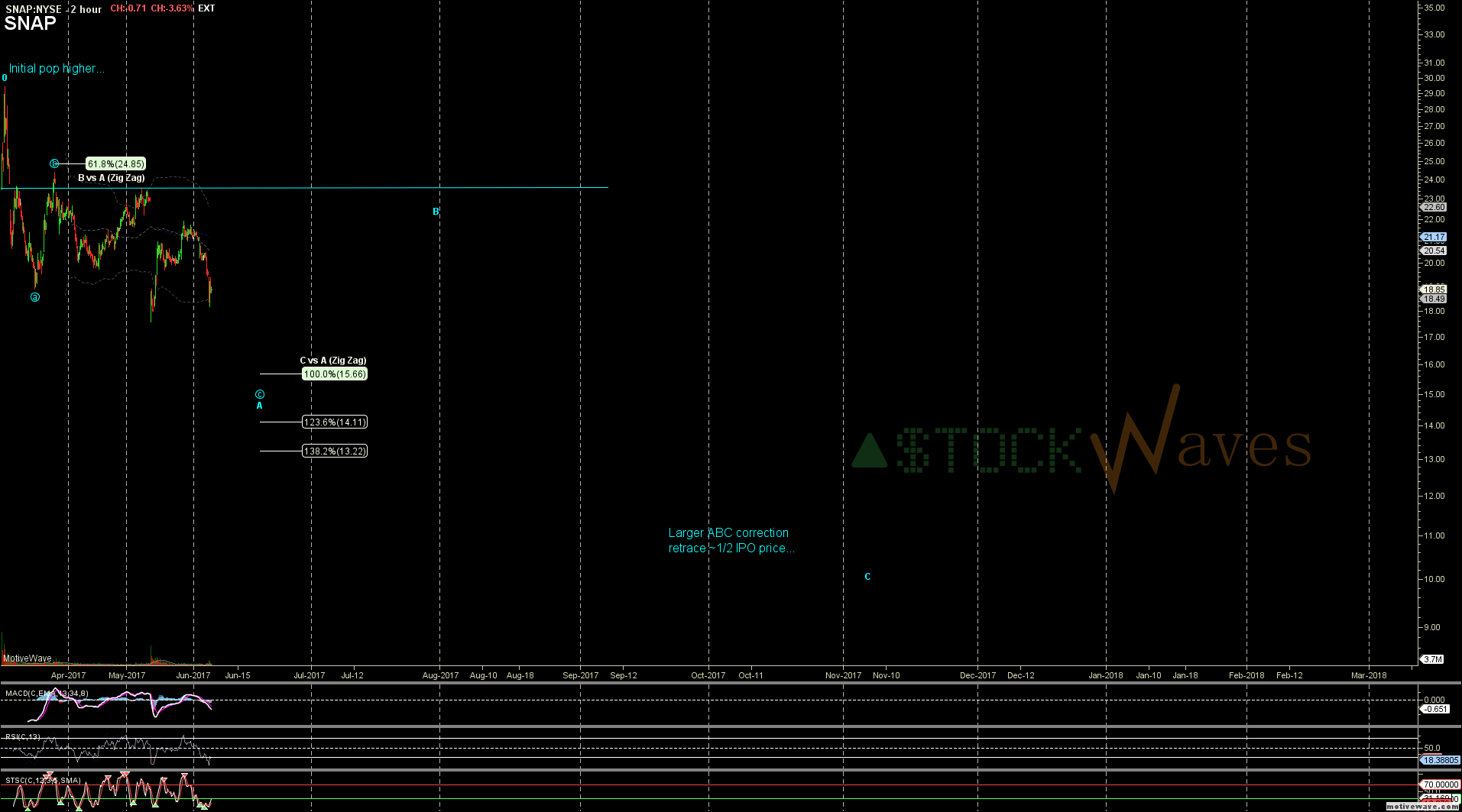