I am sure any further price increases in gasoline from here will be said to have been "caused" by Harvey reducing refining capacity and not underlying sentiment...

But this already had a possible 1-2 of a (C) wave up off June 23rd low, BEFORE Harvey hit.

The XRB futures could even count MORE bullishly.

Drilling down to a smaller degree one can see that:

Further there was a 3 wave move up into Friday last week that COULD have been a b wave for a deeper 2, but the storm hit Sat... Mon saw a pop that made a (v)th up and then a fade for i-ii of possible start of 3 and now we seem to be breaking out "because" refineries are off-line.

At best from an FA/Harvey perspective one could argue that Harvey was the CATALYST that pushed it from a b of 2 into a i of 3 breakout. 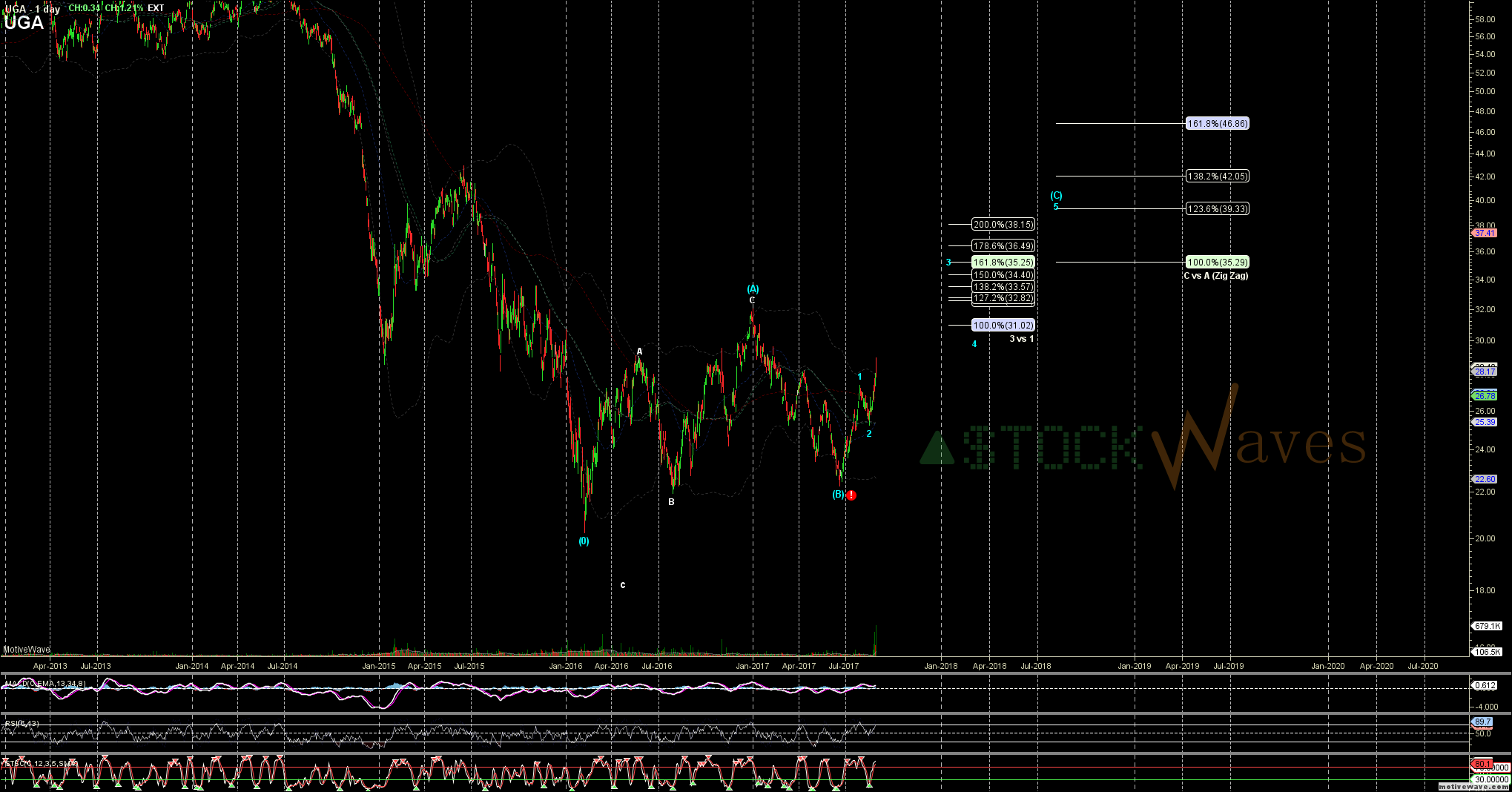 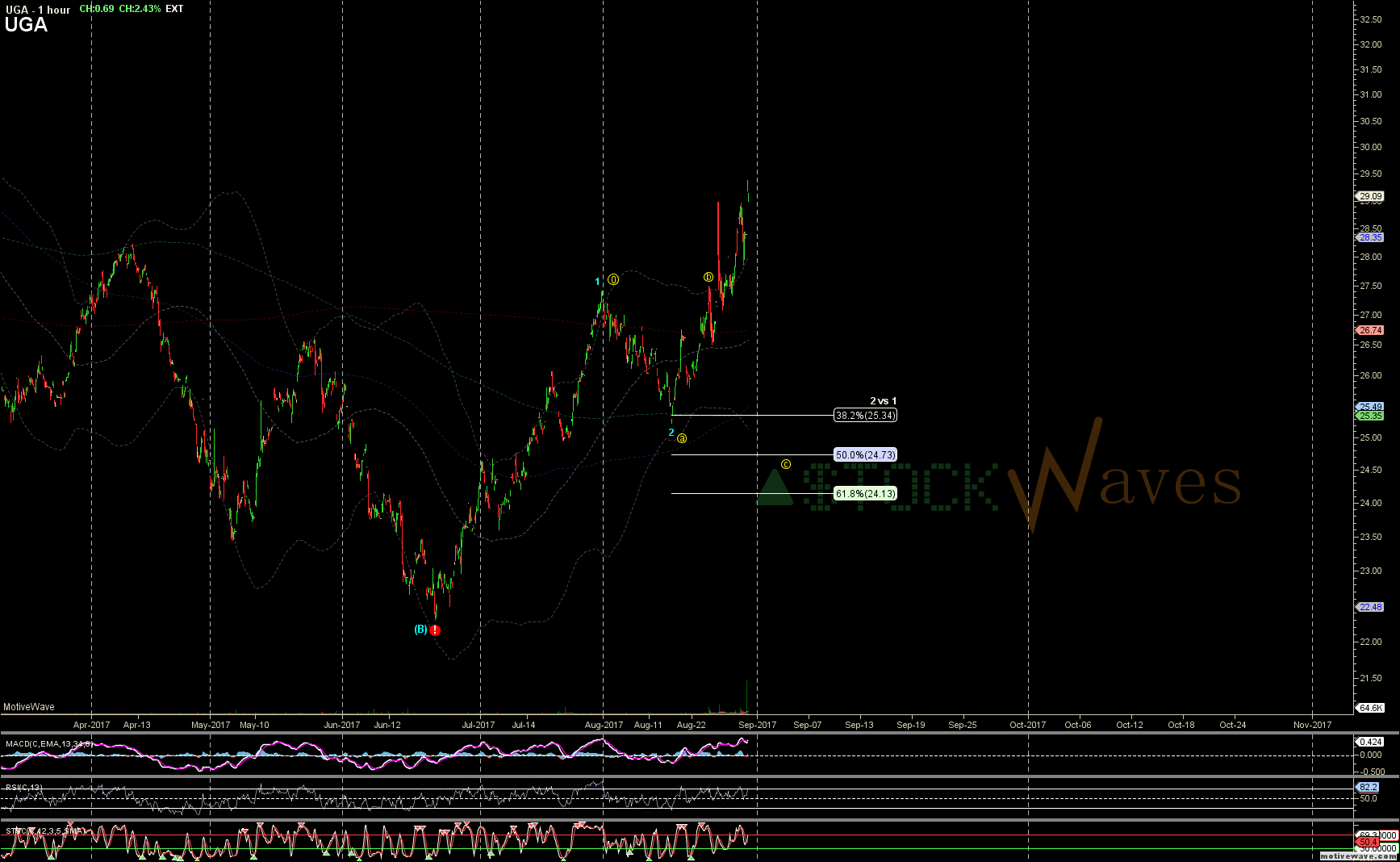 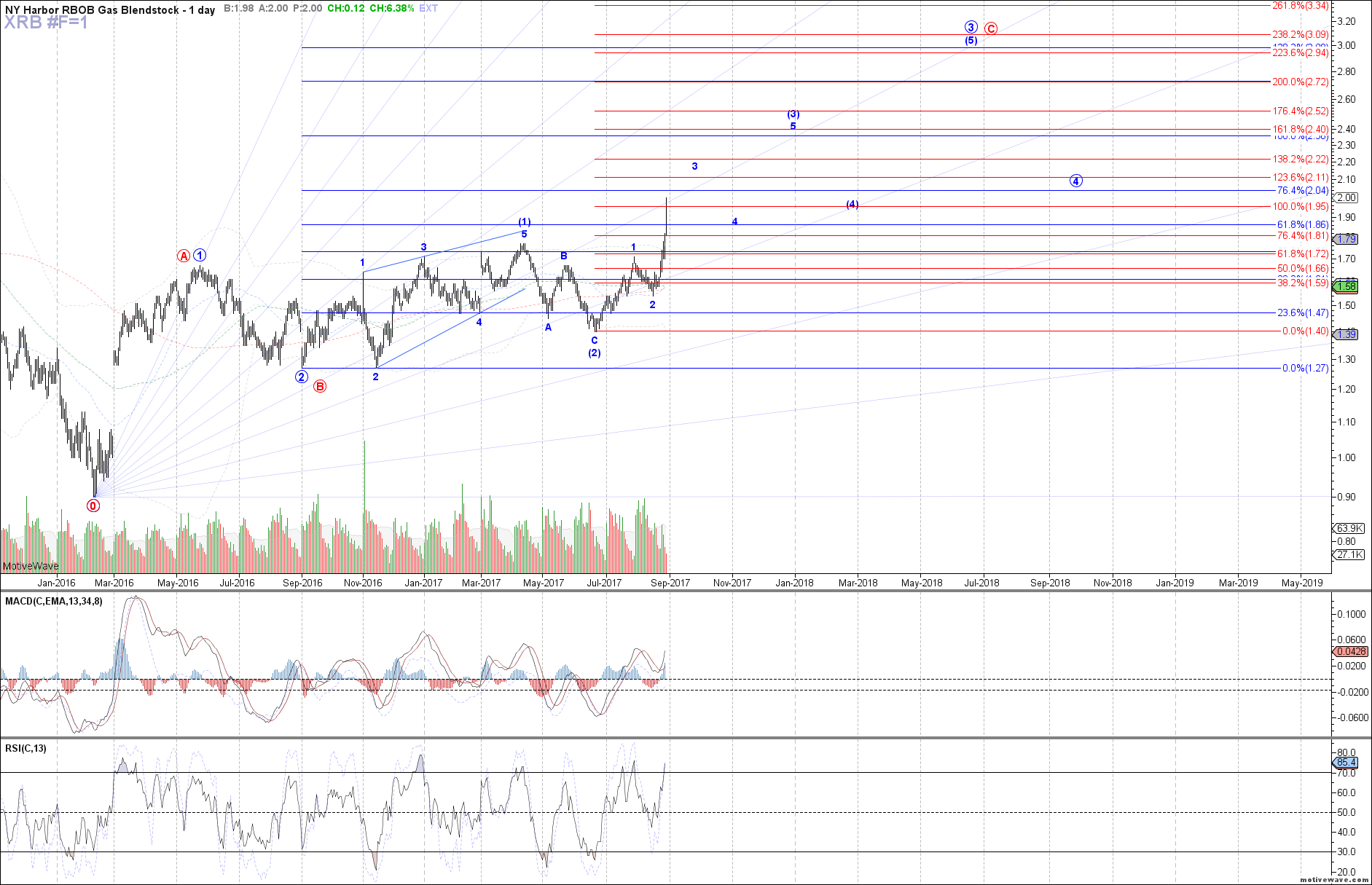