I think the current US equity market is set up remarkably similar to the way it was into the BRexit vote on June 23rd 2016. Back in June I was looking for a pending top as a "b" wave in the market and a drop in the "c of 2." I did not pretend to know how England was going to vote. I just knew that the vote had the potential to be a catalyst for the start of the next leg of a correction retracing some of the rally that started in Feb of last year.

Sure enough Britain voted to LEAVE, and the markets dropped precipitously RIGHT to my targeted support region, the 38.2% retrace of wave 1. After completing the "c" down, the markets reversed turning back up just as strong into July for the start of the 3.

I do not think the market would have acted much different had the English voted to STAY...

The only thing I think that might have been different would have been the speed and character of the drop. Instead of the sharp "panicky" knee-jerk reaction, it might have been just a more moderate fade to the same support region.

We now find the US equity market at a potential (b) wave topping region, set up for a (c) wave drop in "iv" down to test 2330-2300 support. Again, I do not pretend to forecast the results of the upcoming divisive French election, but it, like the BRexit, has the potential to be a catalyst for the market to turn down. I think the results might define the character, even though many will credit the results as the cause. If the expected result of a victory for Macron plays out, then the move down for (c) could be more of a moderate fade and that could be after a slight extension toward 2420. However, if there is a more "surprise" result, the (c) wave is likely to be more immediate and sharper. 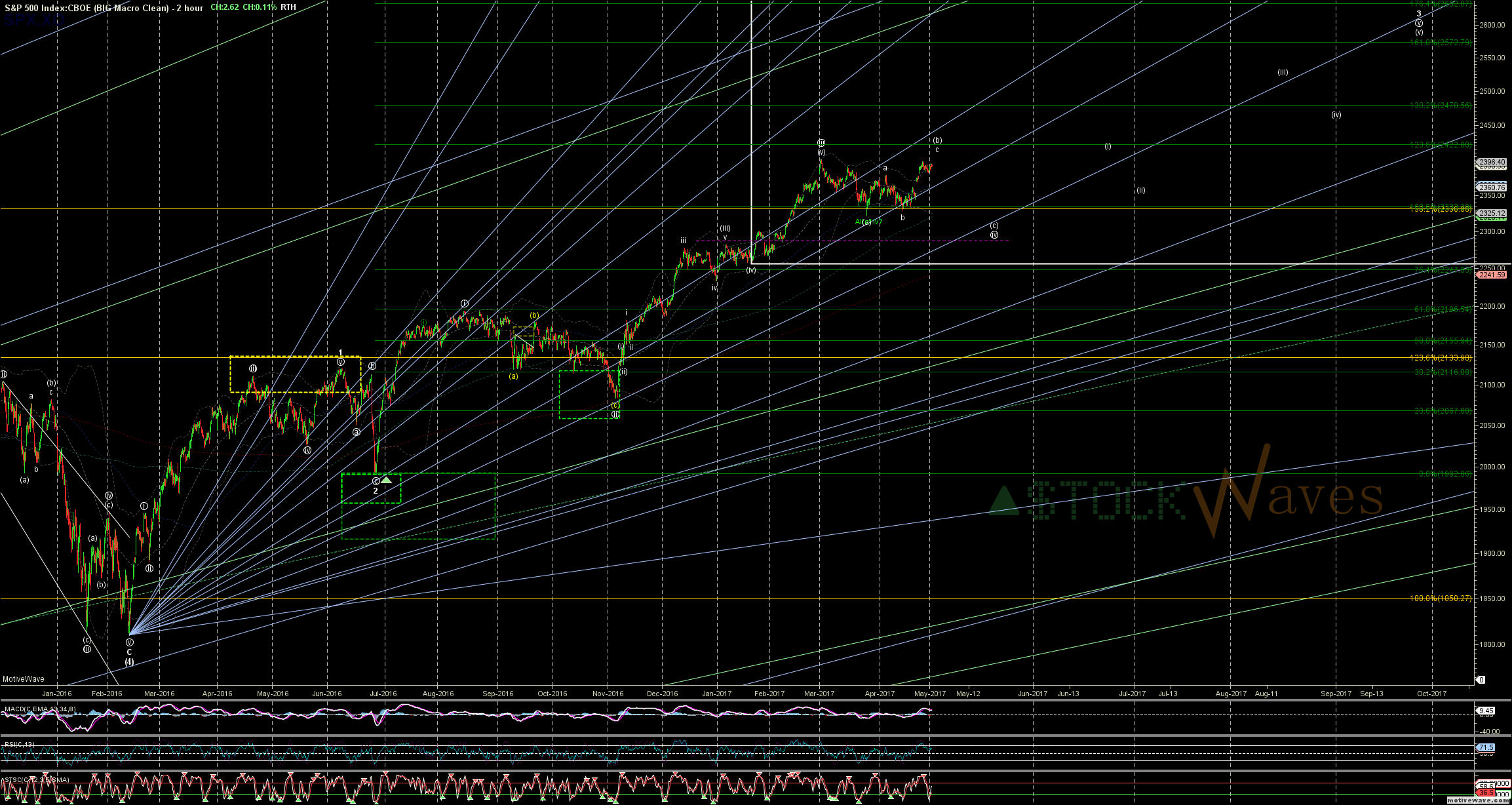 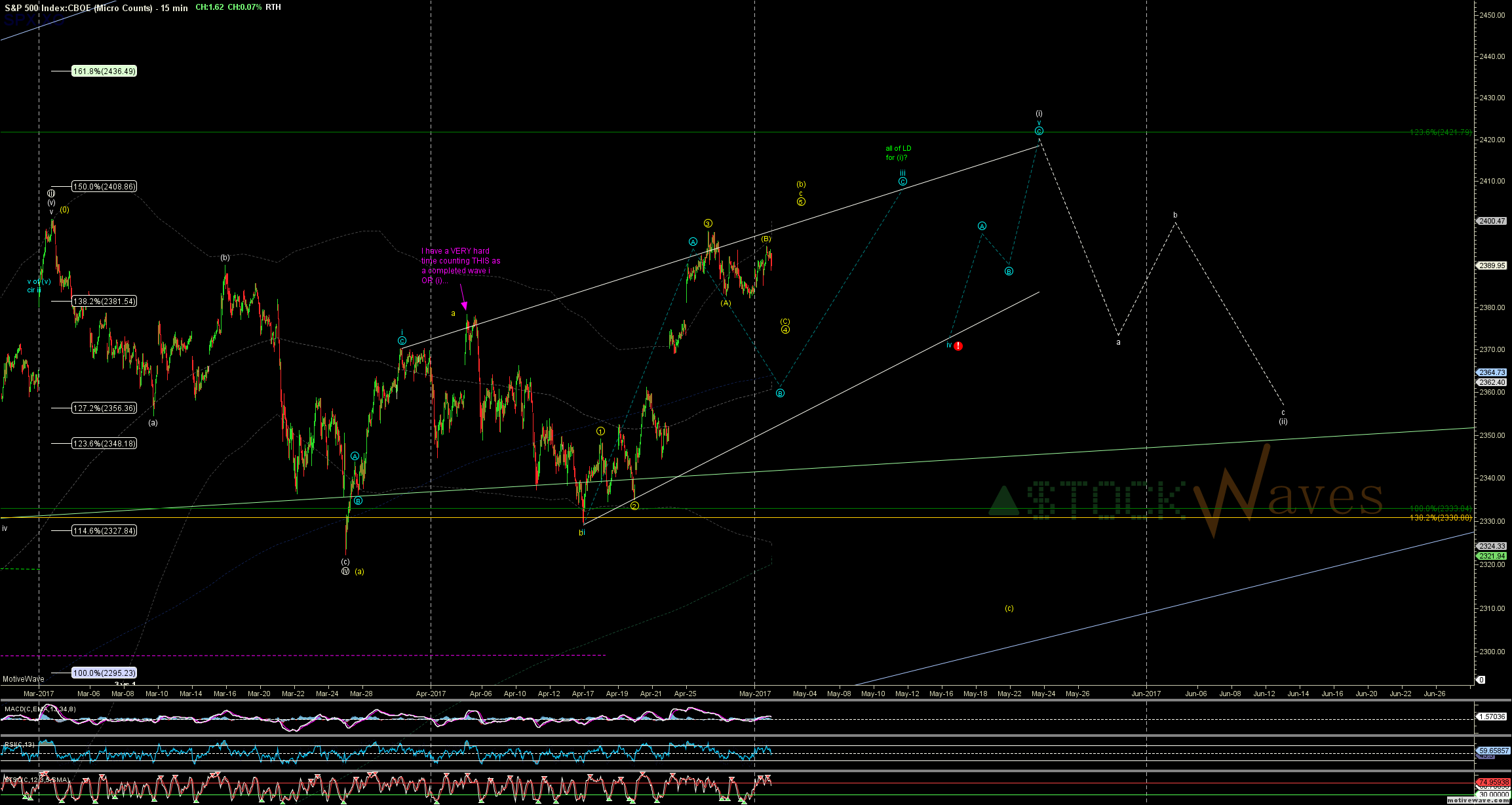