Thank you Helene Miesler for bringing this back to my attention!

This was one of the big things that had me ready for not just the Jan/Feb drop in markets but also confident that the March high in SPX was still just a "b" wave. Since XLP counted as a i-ii of C down in March.

April 20th I posted that I was out of all shorts on XLP since it had reached the 100% extension of the C wave as 5 waves down, but it did drift a bit lower into early May. I also showed a Daily chart looking for a (B) wave bounce back toward the 55 region where all the MAs were clustered at the time.

I posted a few updates along the way but was not very interested in tracking/trading the corrective move up.

But it now looks to be completing 5-waves up in a C of (B) to the exact 61.8% retrace of the move down from the Jan top.

My thesis on these "defensive" names is that, at times they can move up and down with the market, but that near extremes they can lag or start a move down as the market extends into a top. They can then outperform when the market is more clearly in a downtrend. Thus I think that while the S&P heads up in a 5th of (5) of P.3 into 2019 XLP can drift lower in the (C) of its' Primary 4. Then begin a climb off that low as the market deteriorates in P.4.

In the short term though I am expecting some down side in both, a retrace of the move up in market from the April low and the start of this (C) down in XLP. 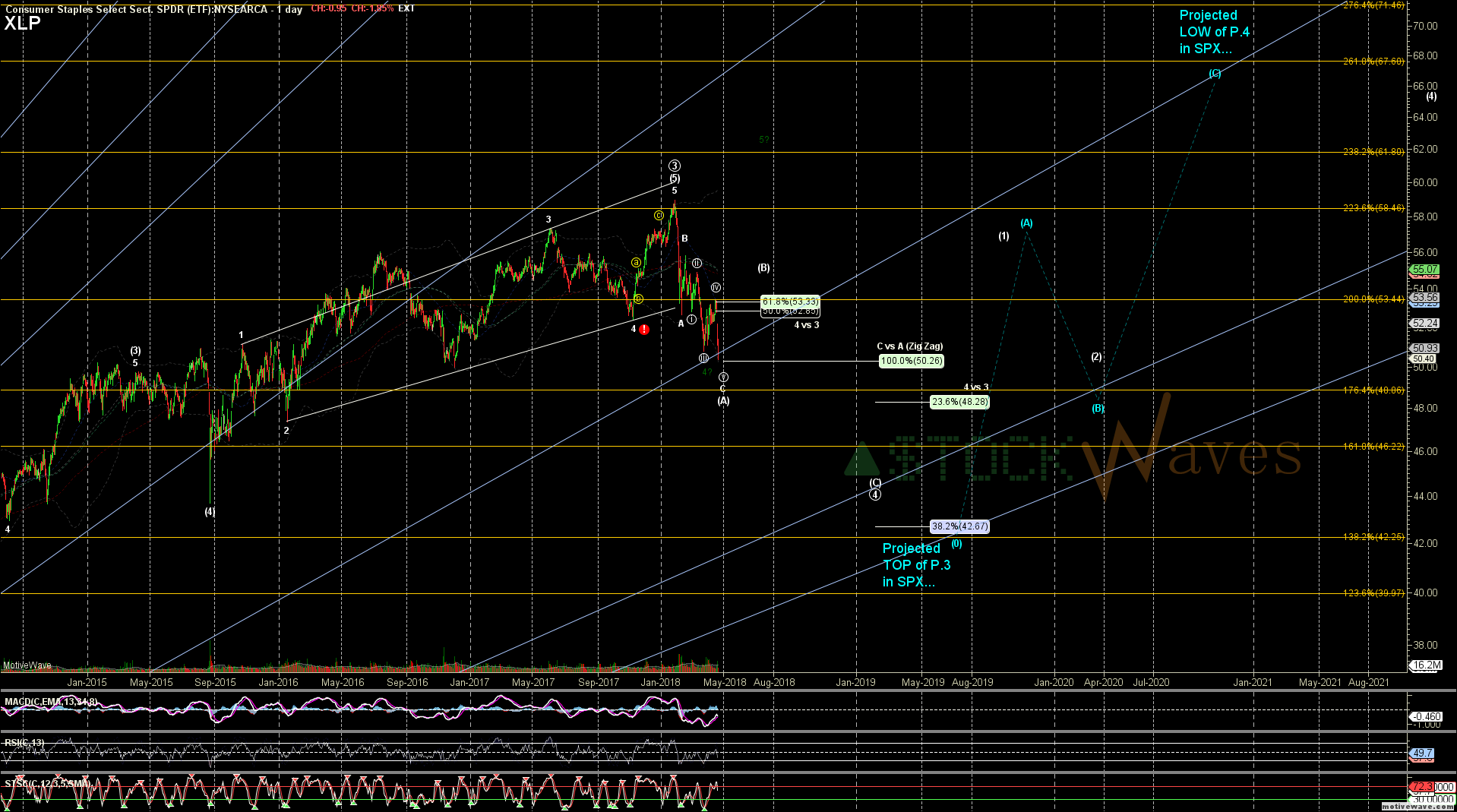 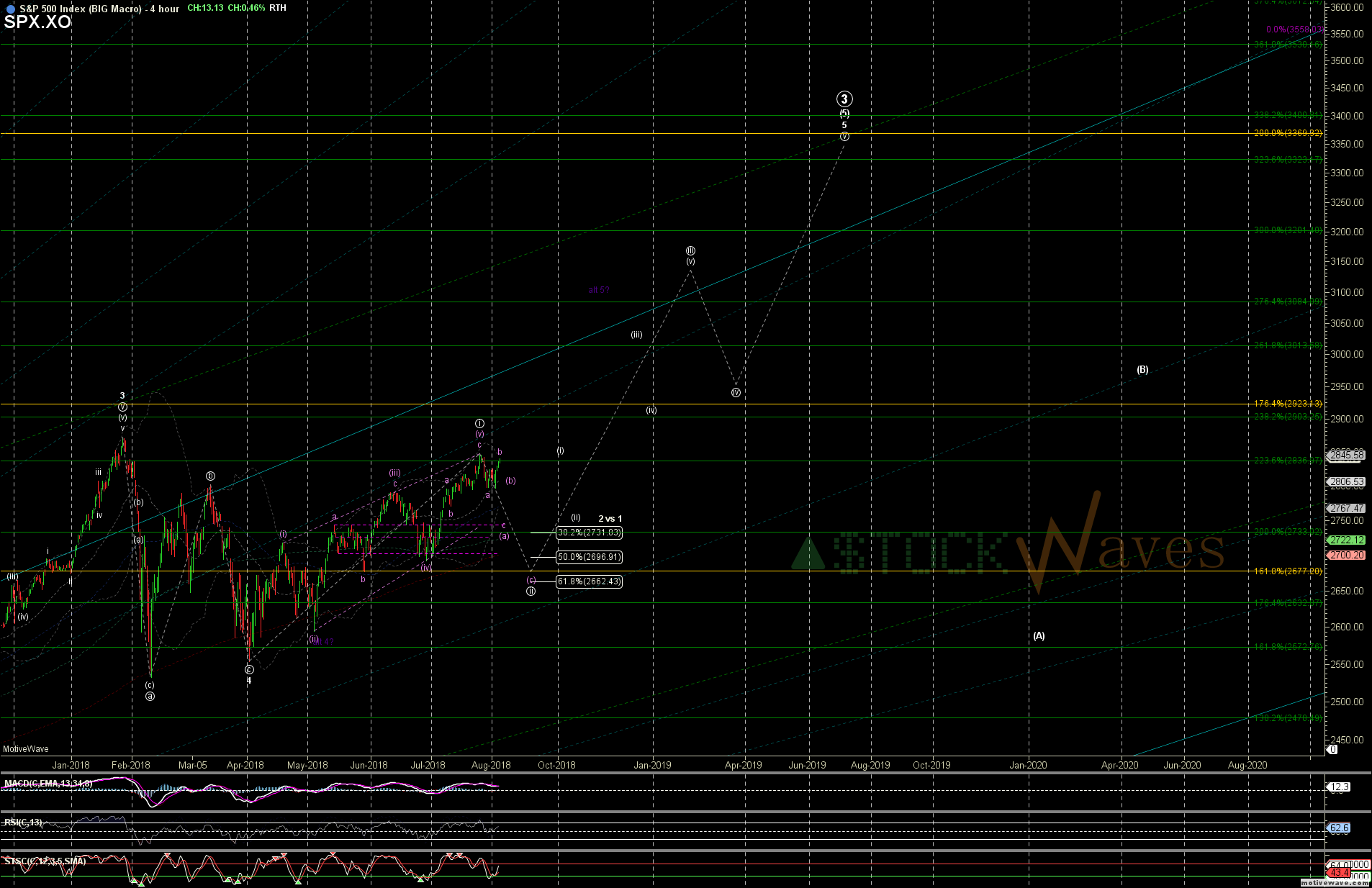