Since the complex bottomed months ago, we have seen the metals and miners go straight up with very little pullback.  In fact, the miners’ pullback was almost non-existent.  This has truly made us question where to place our wave i-ii counts on the chart.  And, since waves iii, iv and v projections are all based upon waves i and ii, we have been very cautious regarding how to treat this market.

As I noted this past weekend, the GDX has rallied as far as it can in order to maintain this as a wave i.  If we would have had a strong break out over 26, with follow through over 28, then it would have been clear that we were in wave iii already, and wave ii was almost non-existent.  But, with the market dropping early this week, we have more evidence that wave ii may actually play out for the next month take us lower towards our “buy” box.

However, due to my experience in trading metals, I am going to maintain a healthy respect for the potentially more bullish green count, which has been slightly modified.  In the green count, this pullback would be a wave 2 in wave iii.  And, the problem with this potential is that it would look exactly as the (a) wave of wave ii would look.  The only difference is how the next rally takes shape.  For if the next rally develops as an impulsive structure, and has us breaking out over 26.50 in impulsive fashion, then it likely places us in wave 3 of iii, rather than being able to expect a wave ii pullback into our “buy” box.  This would have us projecting over 40 for waves iii, iv and v to complete a larger degree wave (1) off the recent lows.

But, at this point in time, my preference is still for us to develop a complete wave ii.  This means that we should be nearing the completion of the blue (a) wave, which can be completed as early as tomorrow.  Thereafter, we will have to closely watch how the market develops off that low to look for signs that the rally develops correctively rather than impulsively, which would mean the (b) wave was taking shape, and would set up a (c) wave down to complete wave ii likely in weeks from now.  So, we need to be seeing an overlapping rally to develop the (b) wave move higher, and provide us with more confidence that a (c) wave drop will take us lower to complete a wave ii within the next month or so. 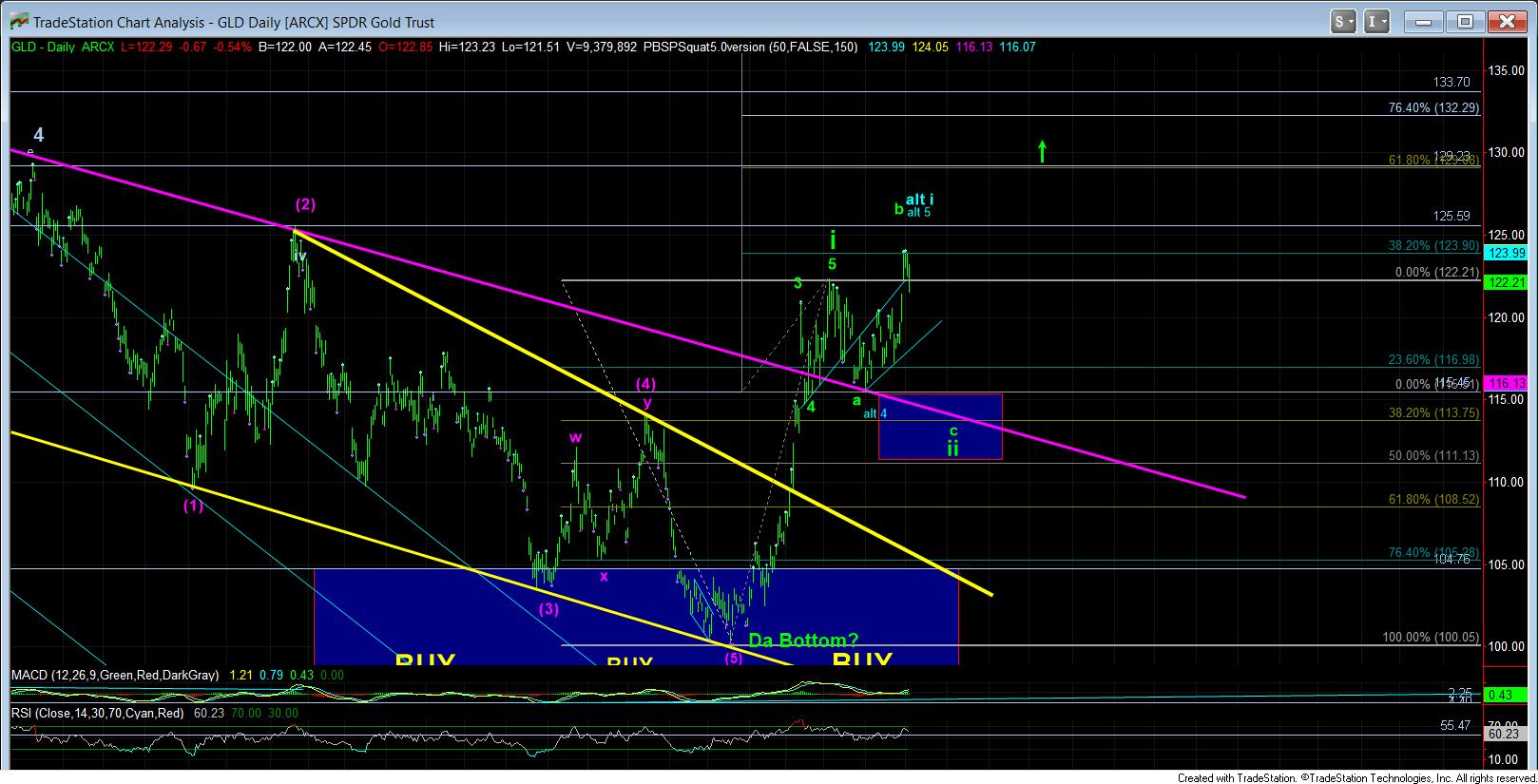 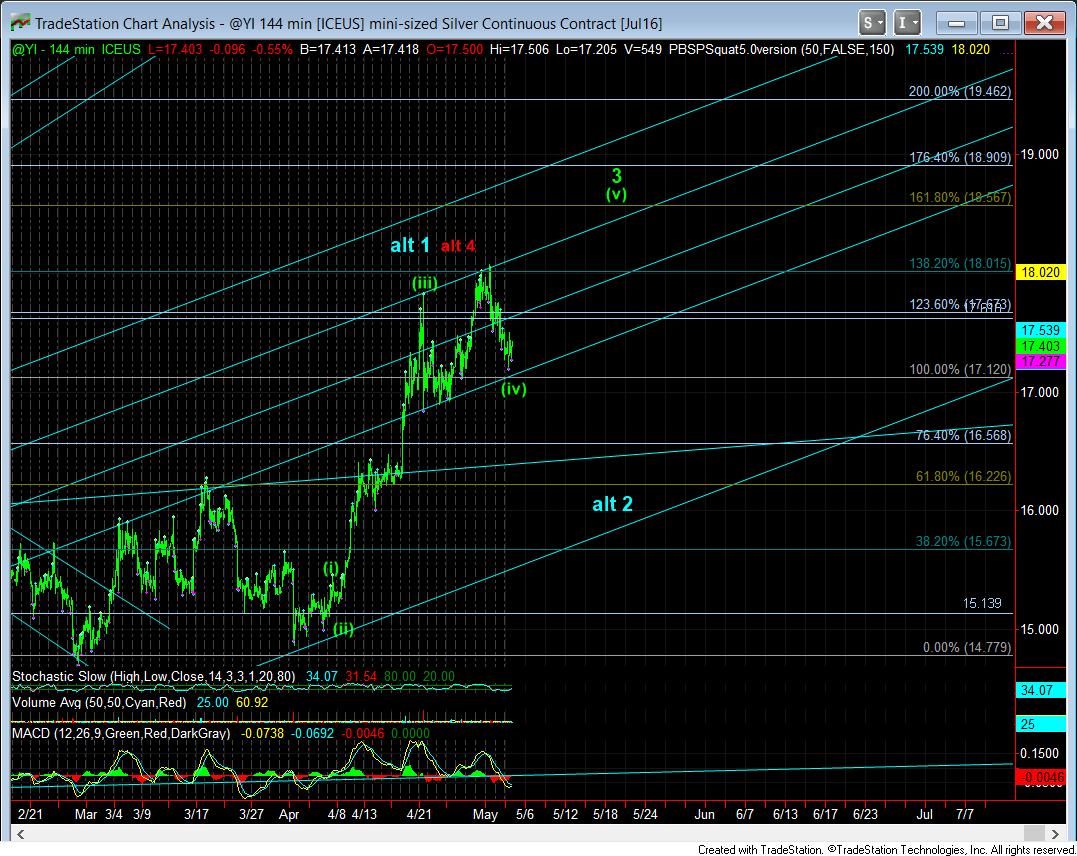