With the drop today, it seems that the GDX and silver have finally begun dropping to the targets we wanted to see for a wave 2 of iii.

As you can see from the attached charts, the minimum target I would want to see for the GDX is 22.57, where the c-wave would equal the a-wave on this corrective move which began almost 3 weeks ago.  On the micro level, I am looking for the wave iii of this c-wave to complete within the next day or two, and then wave iv to take us at least about a day, especially since wave ii was so small and barely took half a day.  Therefore, the earliest I can see the bottom to this correction would be Friday.

As far as silver, it still looks to be in the heart of the 3rd wave down in its c-wave of 2, ultimately with targets in the 16 region to complete the c-wave of 2.  Alternatively, with only 3 waves up off the lows, silver still has the “potential” to make a lower low, but it will need to break below 15.45 for me to strongly consider that potential.

Lastly, we have the GLD.  And, to be honest, I am really not sure what to make of the GLD.  The pattern at the highs was quite complex, but the most confluence I can find is in the 117.40 region.  As a minimum target, this decline seems to be looking towards the 118.50 region, but I would much prefer to see us strike at least the 116.70-117.40 region, which can be all of wave ii in the GLD.

Now, should these patterns play out, it likely means that the next move up will begin the 3rd wave of wave iii in GDX and silver, but will only begin wave iii in the GLD.

Also, it is quite possible, as we have noted before, that this decline may only be the a-wave of corrective wave ii in GDX.  However, if that is indeed what plays out, then it makes it more likely that silver may actually strike a lower low.  However, what may be the more likely scenario is that, after we bottom in this decline, and then move through the 26.60 level in the GDX, we have a strong signal that a parabolic move has begun, and there will not likely be any further retracements until the entire complex completes a much larger wave (1) off their 2015/2016 lows later this year. 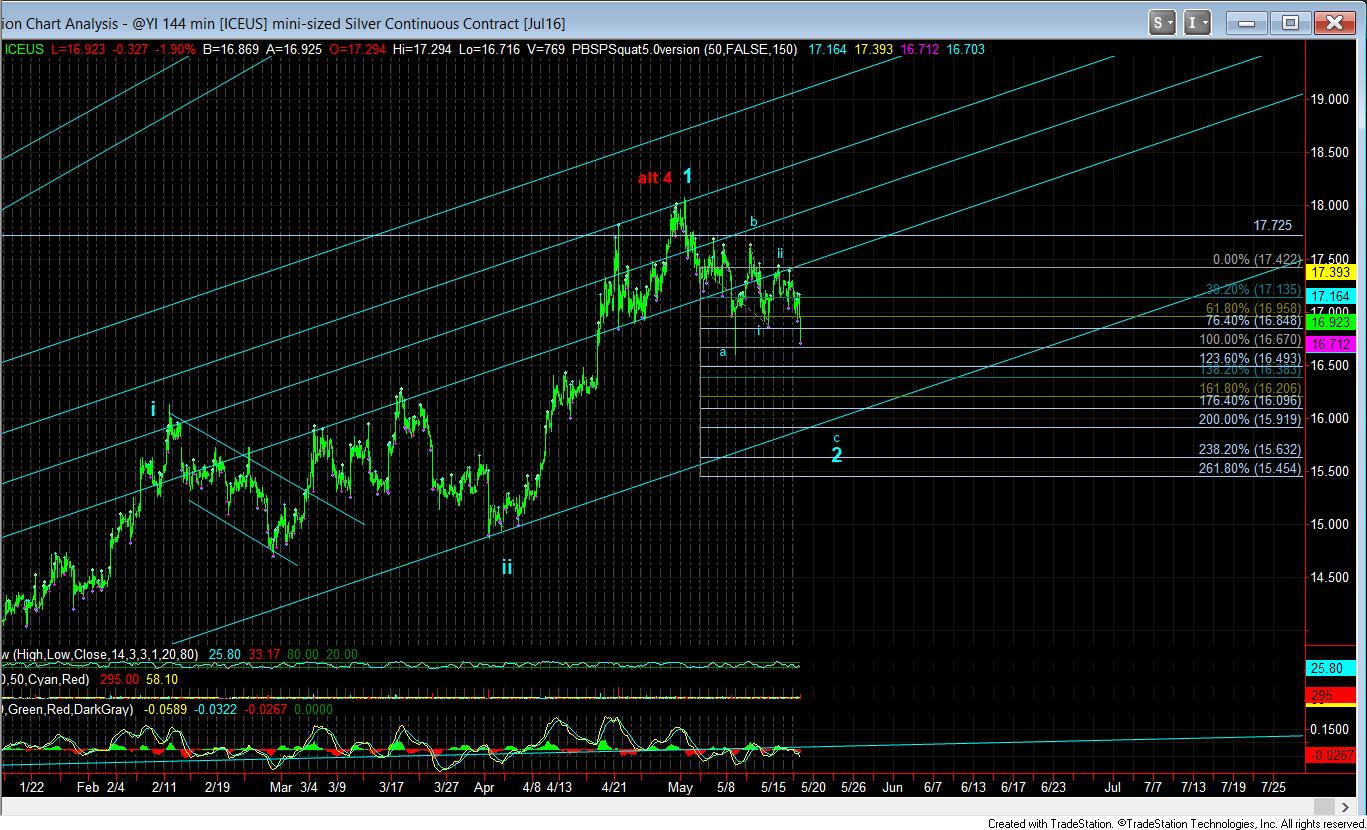