Moreover, as I am reading out there in the blog-world, it seems many are turning quite negative with gold breaking below its 200DMA.  Clearly, this is EXACTLY what we want to see to strike a bottom in the complex.

As you can see from the daily chart, the RSI has dropped down to the levels from which all prior rallies have begun.  Furthermore, the GLD is now below its daily Bollinger band, yet the MACD on the daily chart is providing us the positive divergences we want to see in this 5th wave of the c-wave of wave (2).

On the micro count on the 8-minute chart, I am struggling to determine if we have completed all 5 waves down in this 5th wave of the c-wave of (2) now or if we have one more wave iv to come before this structure completes.  Since wave ii was quite small, based upon the theory of alternation, I would have expected a much larger wave iv.  But, thus far, all we have seen is an overnight consolidation before we struck a lower low today.  Again, while this may have completed all of wave 5 of the c-wave of (2), I will want to see confirmation with an impulsive rally taking us through our micro resistance zone between 123-123.65.  Again, it would take a break down below the 119 region to invalidate this potential, and that is not my expectation at this point in time.

When we look over at the silver chart, I have to say that the pattern is much more complex in the micro count.  While silver also looks like it is bottoming in the very near term, the question with which I am grappling is if the high we struck last week is the top of a 4th wave, with this being a 5th wave down like in GLD, or if we have an expanded flat, as presented on my 144-minute chart as the primary count.  Since I have the primary count on that chart as the expanded flat, it is the one I have slightly more confidence in at this time, since the rest of the pattern into the prior low really looks best as having completed wave 2 already.  But, I can only say that I am just a bit more confident of this count relative to another micro lower low below 16.06.

When you look at my GDX chart, I have modified it to mirror the count I am tracking in the ABX.  As you can see from the daily ABX count, I am viewing this as a c-wave in wave (ii), which also should be bottoming some time over the next week or so.  What I am now looking for is a break out through the 14.50 region, with the MACD breaking out through the yellow downtrend channel, which will provide us our signal that we are on our way up towards the 20-22 region to complete a larger degree wave 1 of iii, potentially by the end of 2018.

So, to attempt to stay somewhat consistent, I am going to retain the same count in the GDX for now, even though the GDX is much less clear than the ABX at this point in time.

At the end of the day, I think we are now at a point where we can begin the next major rally phase which can finally break us out of these downside or sideways doldrums we have been experiencing for an extended period of time in this complex.  However, it does not mean I think we are going to see an imminent break out.

Remember, before we see a break out, we need another 5 wave structure to develop off these lows, followed by a corrective pullback, and then break out over the top of the initial 5 wave high (as outlined by the i-ii on my silver chart).  Once we get that set up, then we can be on a “break-out-watch.”  But, until that next set up develops, it can still take us a bit more time until this market will be set up to imminently break out.  Yet, this downside structure we are seeing now should be ending within the coming week, and beginning our next break out set up. 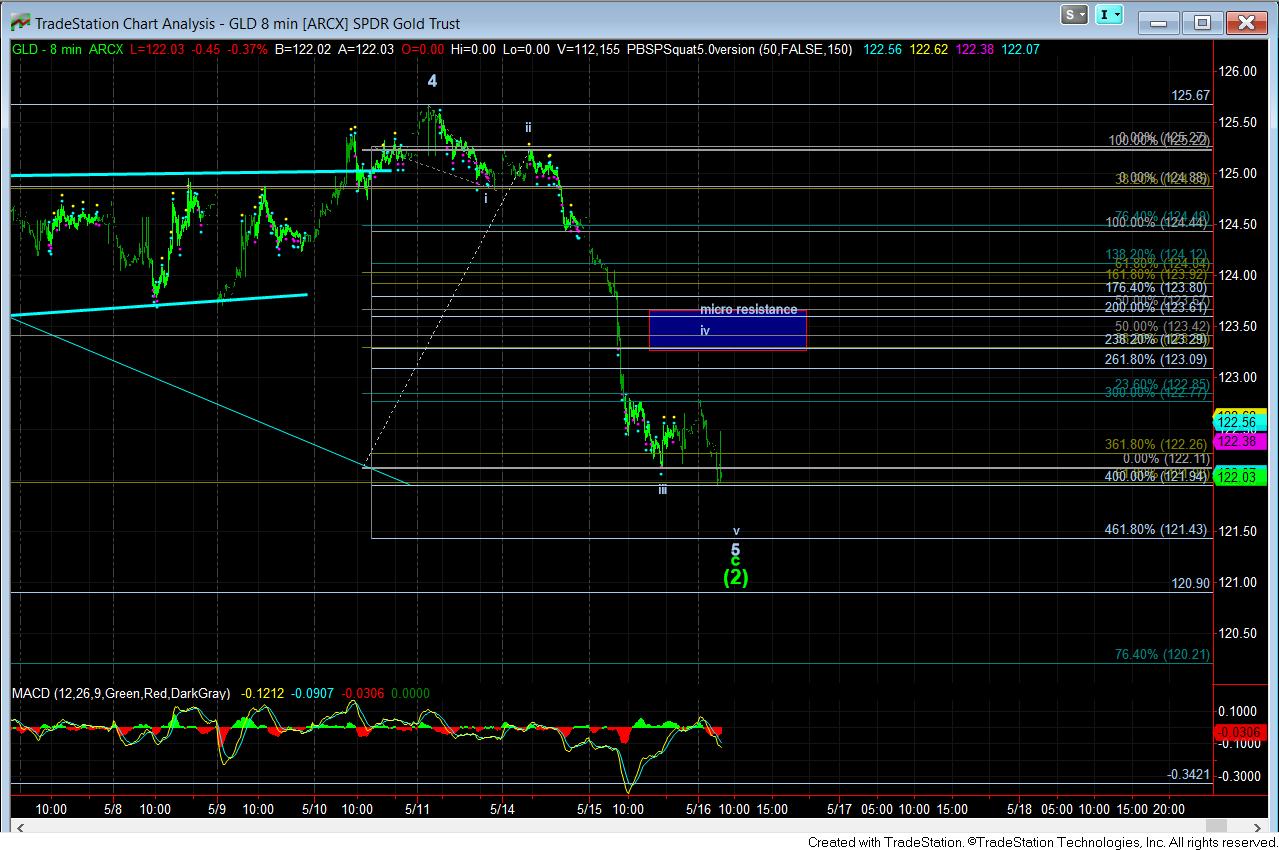