As you all know, our primary count now is that wave ii is going through its typical machinations.  And, during such corrective action, we can expect many twists and turns, some of which we may be able to foresee, and some of which we will not.  That is simply the nature of corrective action, and we need to learn to accept that so our blood pressure and levels of frustrations do not rise unnecessarily.

I have included a potential detailed path for the GDX and GLD, as you can see on the 8 minute charts, which also aligns well with a b-wave rise in silver.  But, I must warn you that I was questioning whether to even put out a micro count, since I do not want to encourage anyone reading this to be heavily trading any patterns within a corrective structure, as they can unexpectedly morph.

For now, I still believe it will take at least several more weeks until this wave ii completes.  And, as long as the GDX remains below 22.30, I will maintain that perspective.  But, should we see a break out over 22.30, then I may consider something a bit more bullish.  But, for now, that is not my expectation.

I would like to make one more point about the GDX.  We did not see a 5 wave decline off the recent highs, and the high was made on a micro 3 wave structure, which was seen after we completed the top for wave 5 of i.  Both of these are strongly suggestive of the potential that the GDX will not make a lower low.  But, as I have noted before, I am still at approximately a 65% probability that the bottom has been seen.  And, should this action continue for the next week or two, then I may increase that to 70%.  That percentage goes to 90% if we complete a wave ii over the next few weeks, and then strongly rally over the high of wave i in an impulsive structure, which will likely point towards the 40 region in the GDX. 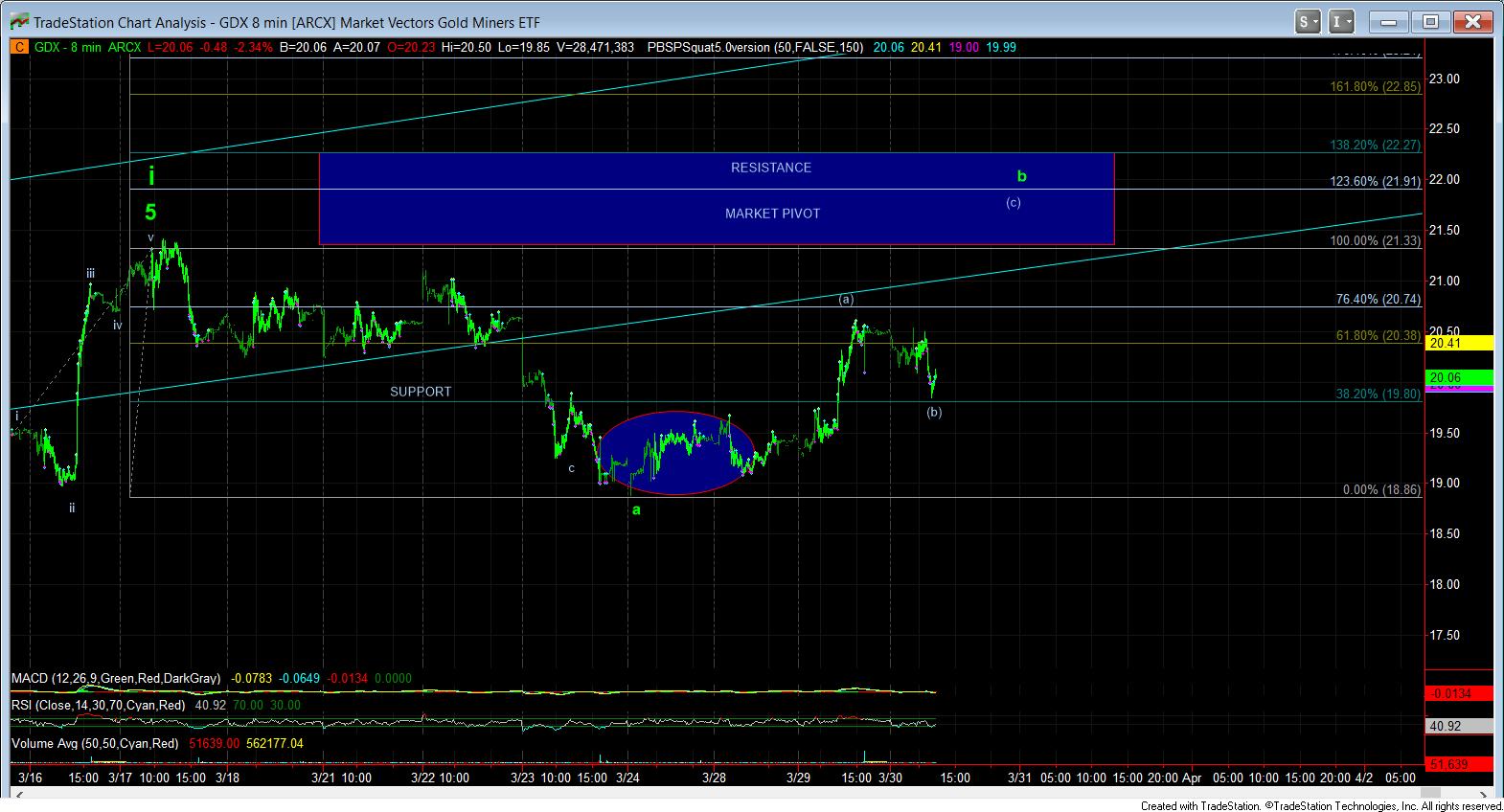 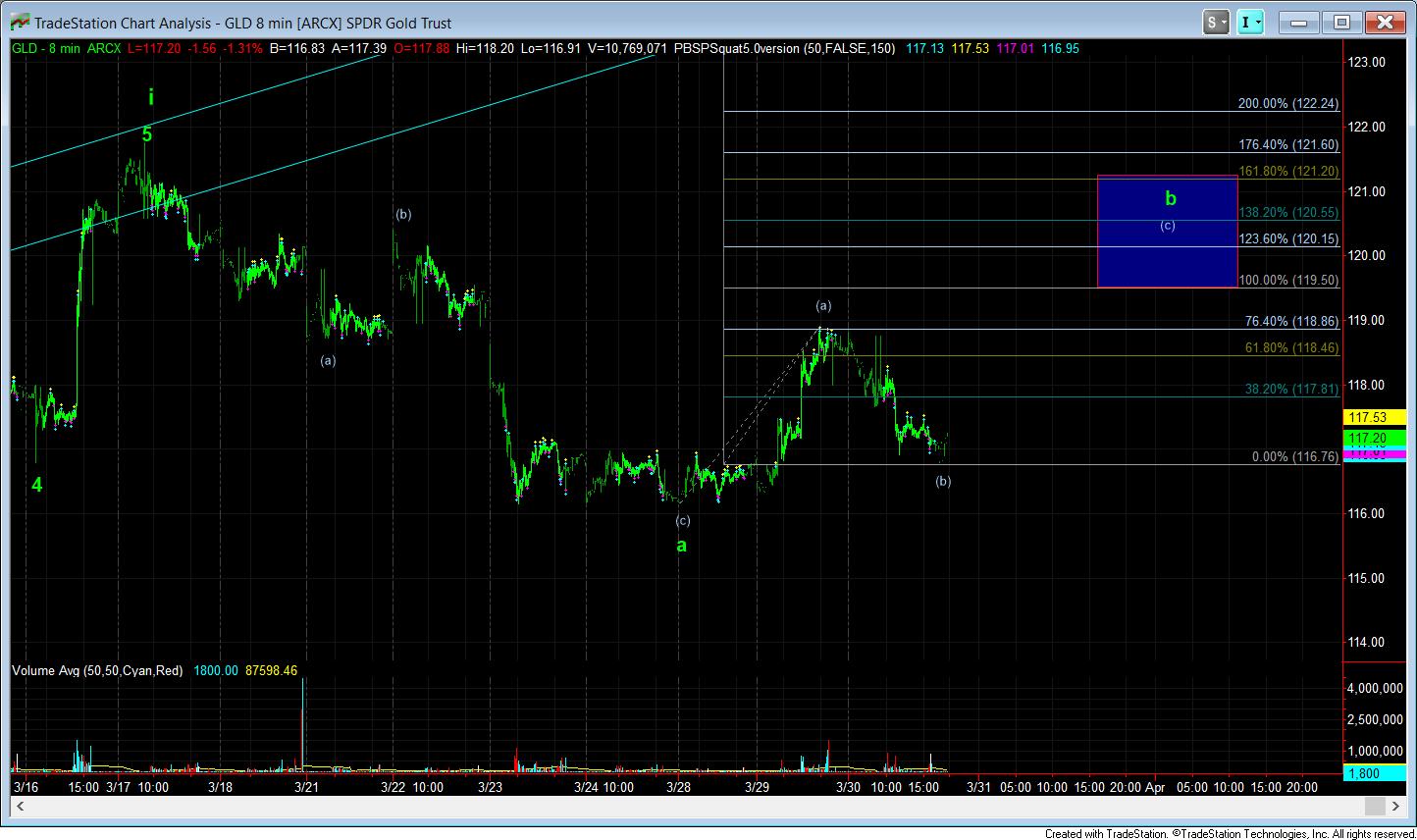 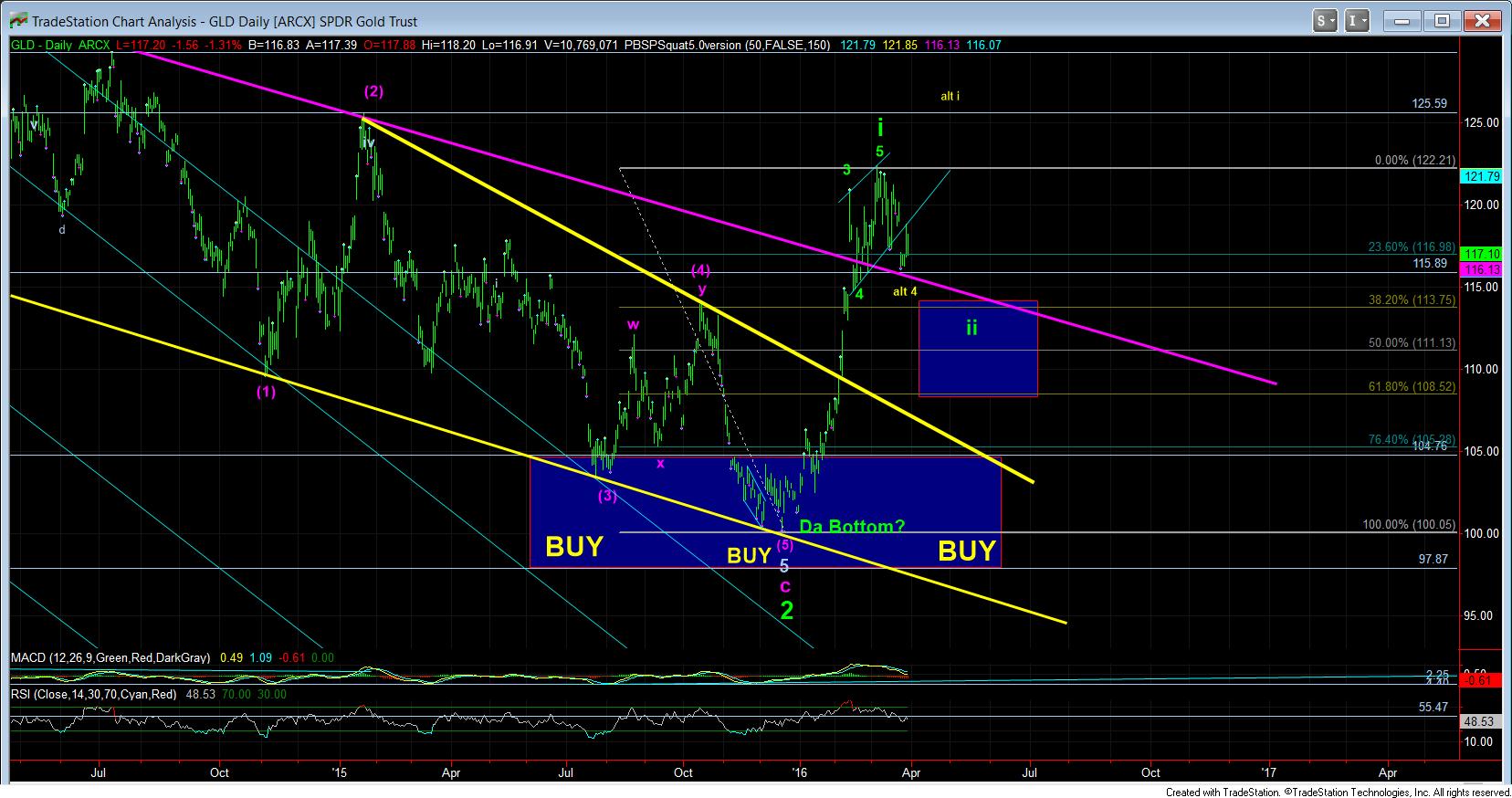 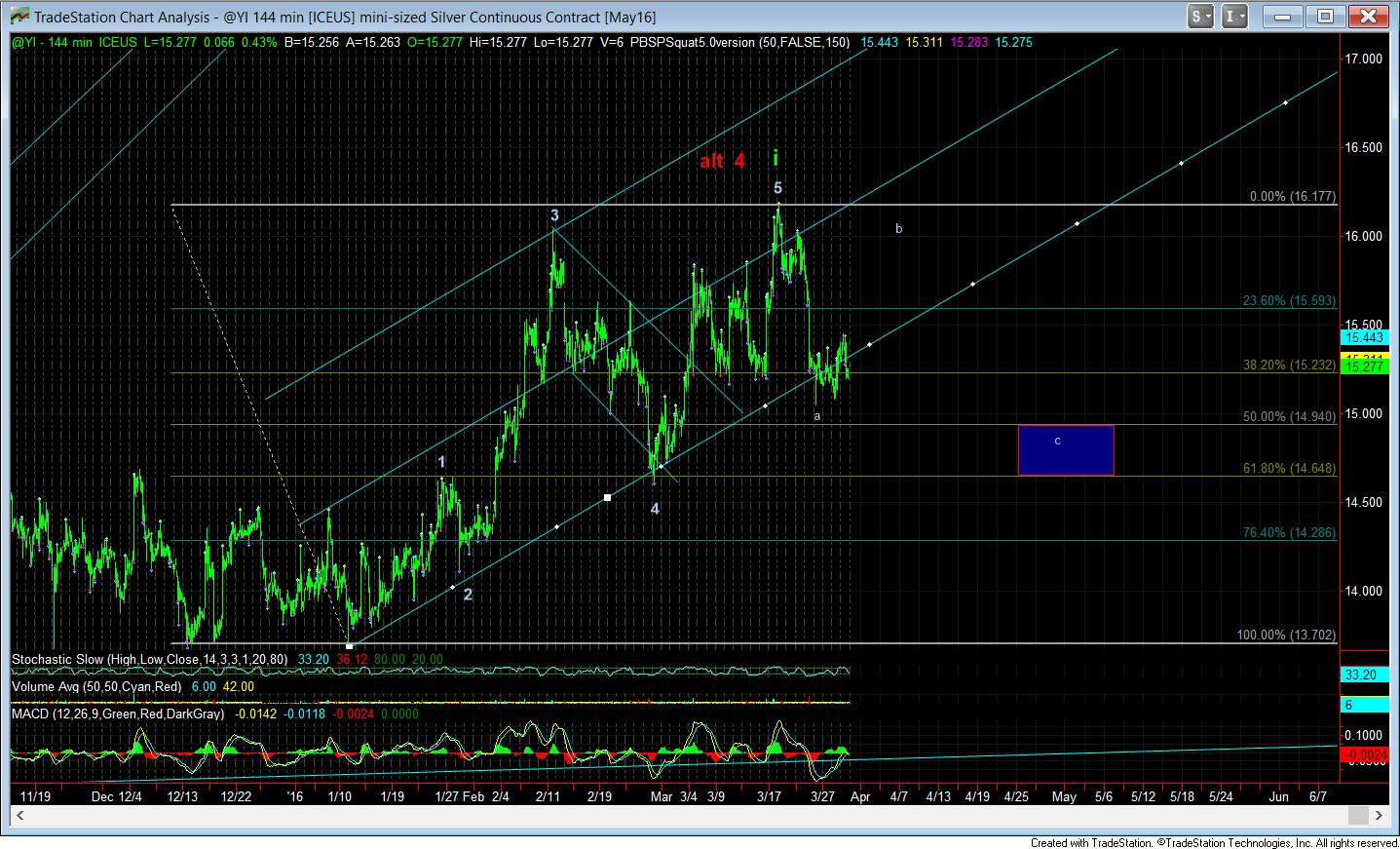