Early this week, we had a very important development in the metals complex:  silver saw a 5th wave up off the lows.  While I had wished it was more of a standard impulsive structure, the pop higher this week did complete a leading diagonal off the lows.  As you know, I usually do not trust leading diagonals.  But, when they show up where an impulse should show up, and other charts in the complex support that count, then I am willing to assign a count to the silver chart as a 5 wave leading diagonal for wave (1) off the lows.

What really gets me excited is the GDX chart.  Thus far, the GDX has held a very high consolidation after completing a 5 wave structure off the recent lows. While it is “possible” that wave (2) has completed, I still maintain the primary count that we are in a complex wave (2) consolidation which has not yet completed.  A strong break out through the 24 region would have me consider otherwise.

However I choose to look at the micro count, as I noted over the weekend, as long as we remain over the 20.40 region, I can maintain a bullish bias.  In fact, in the current structure, it seems less likely we even break the 21 region.

What is even more impressive about this high level consolidation is that we are still maintaining over the downtrend channel from which we recently broke out.  And, even if we move lower in a c-wave, it is looking less likely that we will meaningfully break back into the downtrend channel from which we broke out. That is generally very bullish action.

I know many of you have been asking me about the micro GLD chart.  But, I am going to restate that I really have no clean pattern to which I can point.  As I stated before, it reminds me of the manner in which we began the rally back in early 2016 where we simply grinded higher until we exploded higher.  And, if I have bullish patterns in silver and GDX, I am going to maintain the same perspective in the GLD for now. 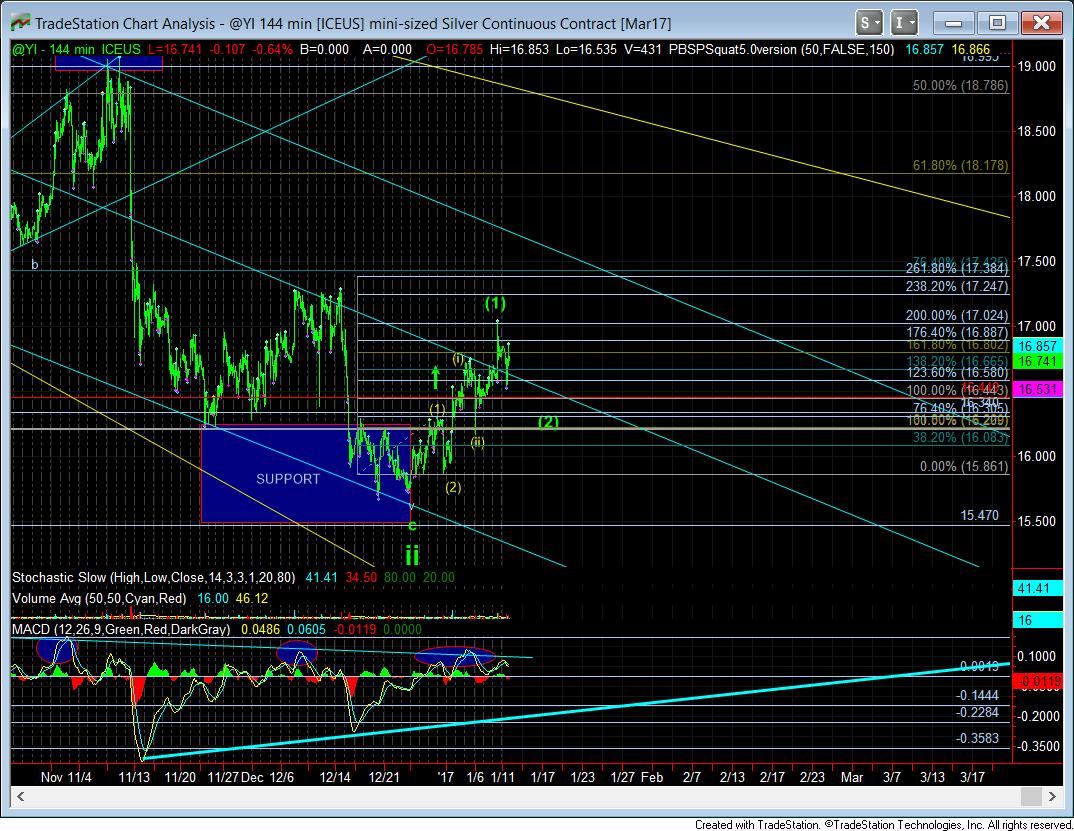