After pushing lower last week deeper into the support zone that I had been laying out, the DXY saw a sharp turn higher near the end of the week at the 61.8 retrace level. This is giving us a very early signal that this may be attempting to form a bottom in the primary wave B as shown in white on the charts. With that being said we still only have three waves up off of the low so far. Given that we would be looking for a wave C to come next we would need to see a full five up off of the lows to give us further confirmation that we may have indeed formed a bottom in the wave B.

So while the pop off of support is certainly a good early signal of a bottom I do want to see this continue to follow through with a five wave structure into the first part of next week. Unless and until that occurs we still have to allow for this to be following the alternate red path which would need another lower low. We would however need to see a break of the 89.68 support zone below to begin to shift the odds to the red count.

That red path would still allow for another lower low in the form of a wave ((v)) of C of (A). With the push higher into the March highs, I do think this alternate red path is less probable due to the size of this potential wave ((iv)) in comparison with the wave ((ii)) of the same degree, but I can’t fully rule it out until we get through the 94.59 level overhead.

Once we fill out the wave B of of (B), the larger wave C of (B) should ultimately target the 95.96-101.31 zone before turning back lower again to finish off the wave (C) of the larger wave ((B)) which I am showing on the weekly chart. Support if we do indeed make another lower low would initially come in at the 87.3 level with the 86.18 level acting as support below that.

So we are still following the expected path up off of the lows but if we have indeed topped in the wave A of larger wave (B) we should expect that wave B of (B) to take a bit more complex pattern but as long as we hold the 89.68 support zone I do expect to see further consolidation and push higher in the DXY towards the latter part of the year. 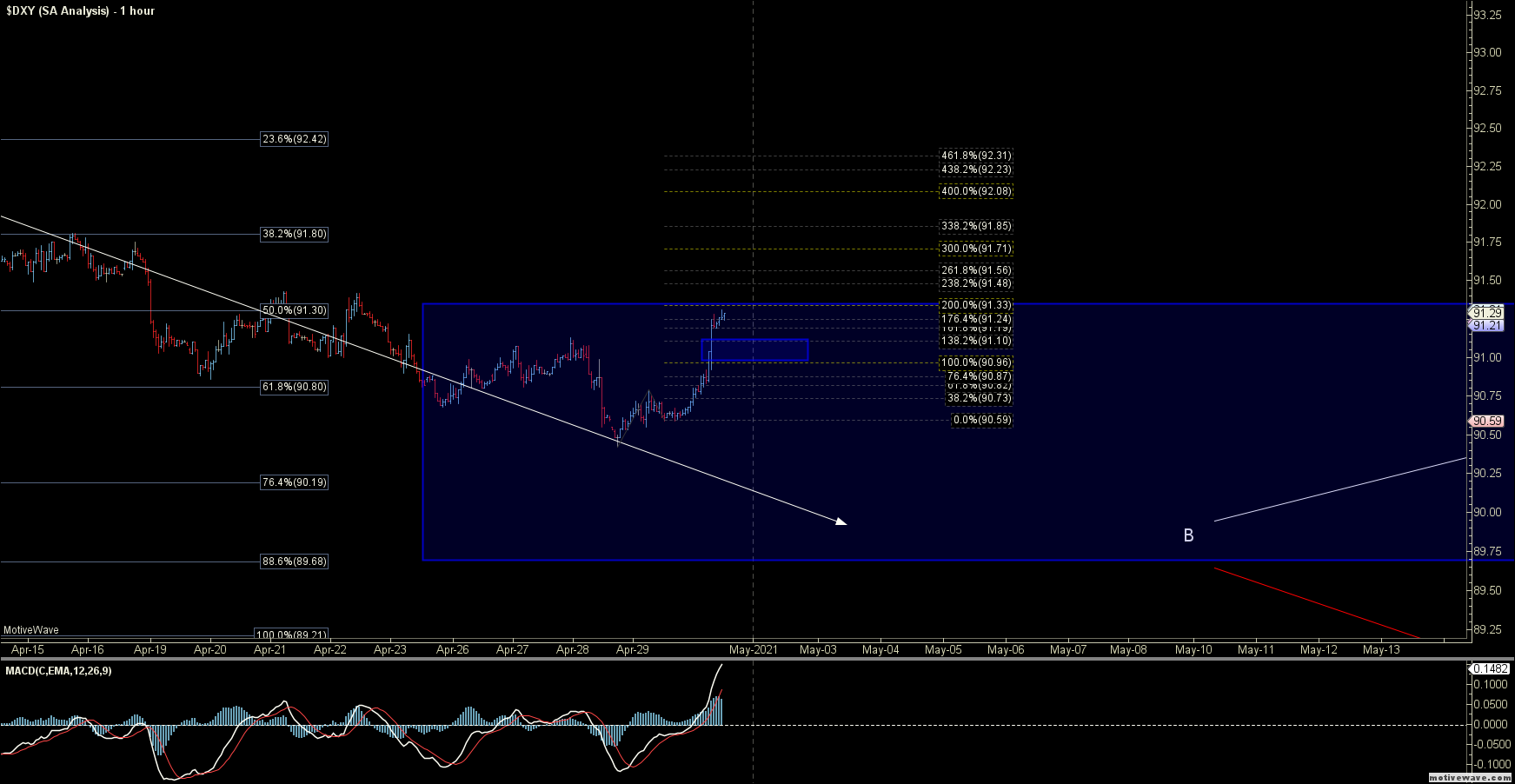 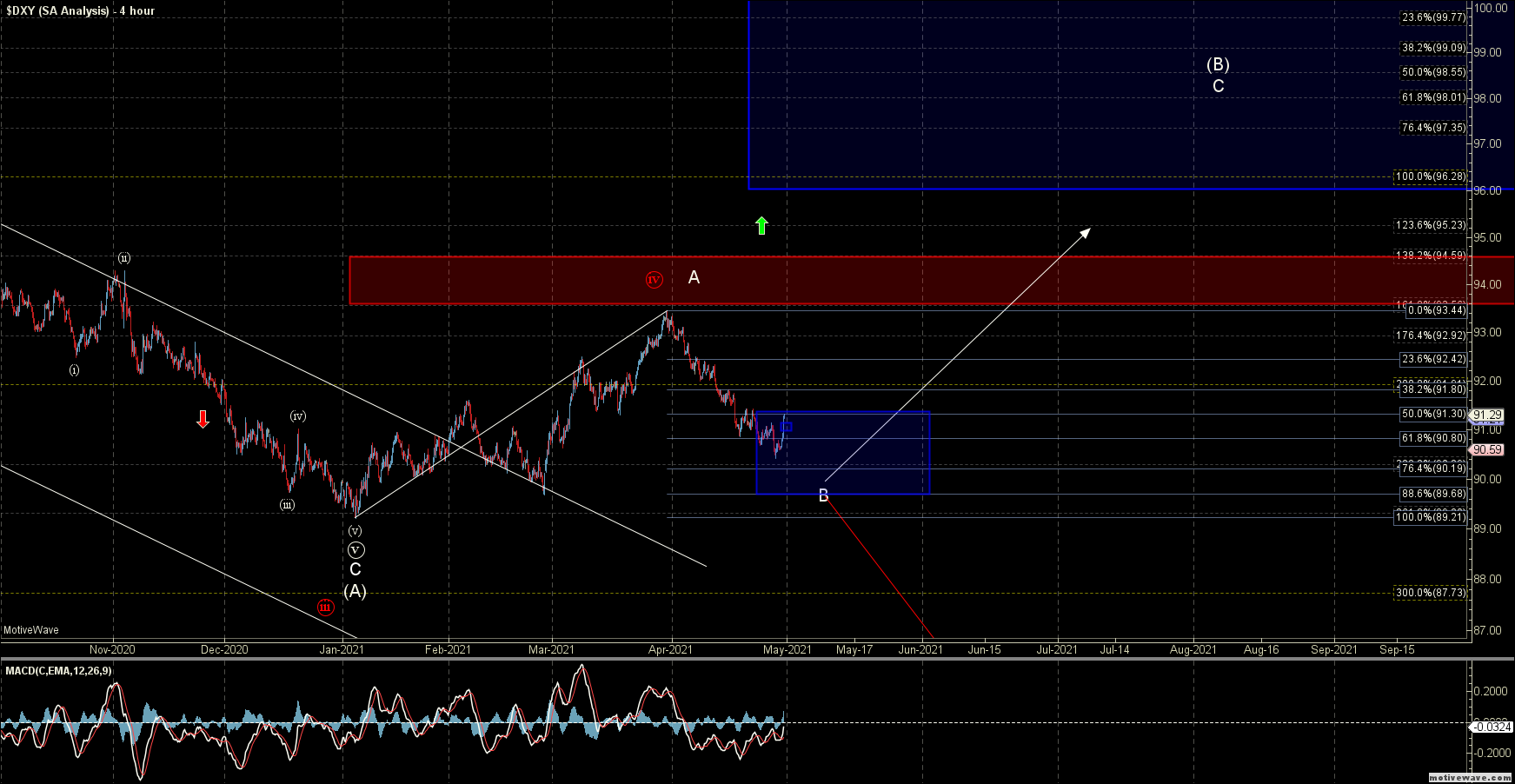 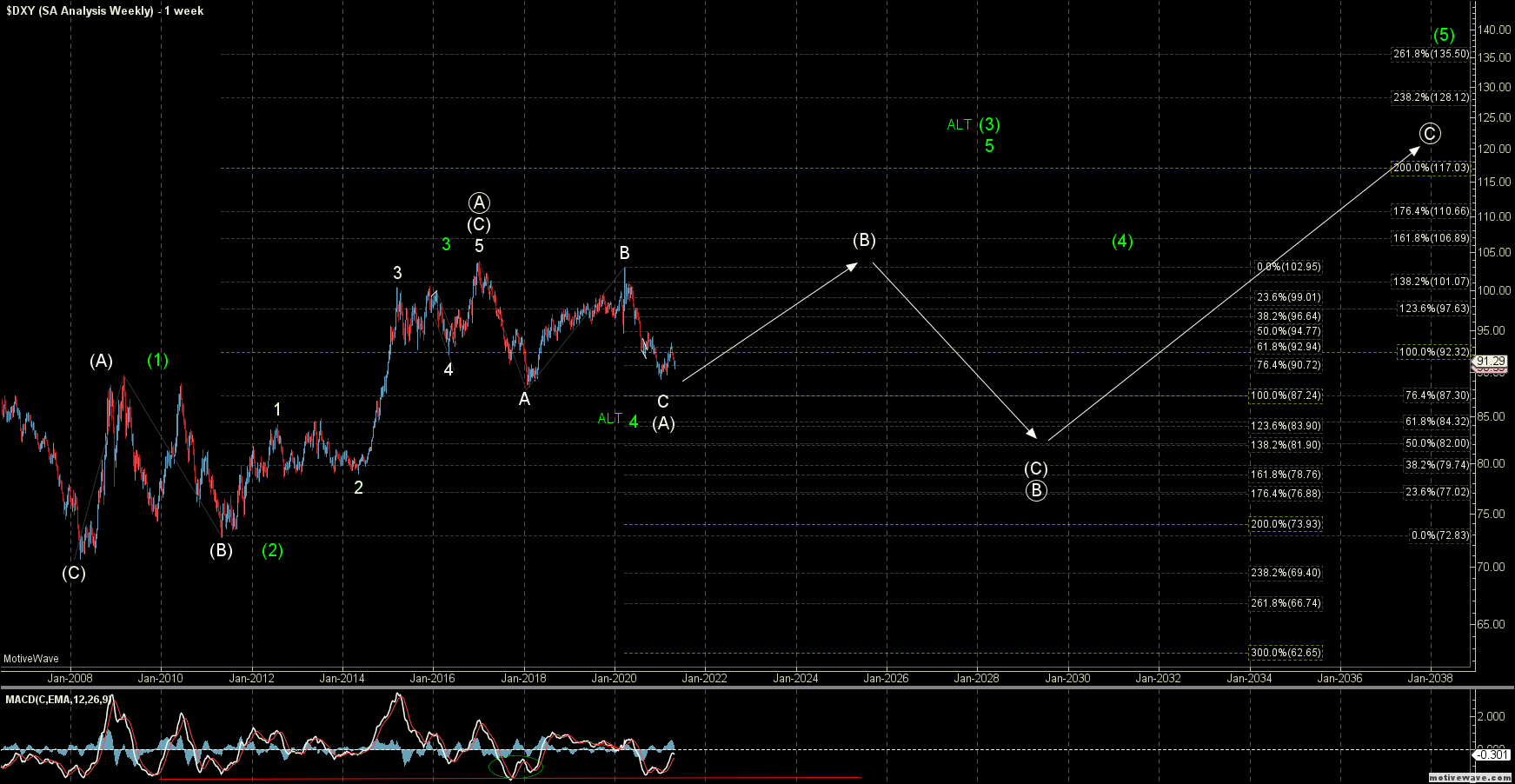