Last week: The mood pattern for the week pointed "to a background of geopolitical escalation, and an enhanced chance of increased violence or at least a heating up of the rhetoric. Yet, people overall should be doing their best to chill, stay calm or calm others."   There were hostile words from the Vice President towards N. Korea, there were hostile words back, and Trump canceled the summit.  Yet, as the week ended, the summit appeared to be back on.  Trade issues escalated with China, but then appeared on the mend.

The market charts showed that "the market has entered a tricky place".  The weekly trend indicator was bearish, but both the MMI forecast chart and the MM MACD were both implying that any bearish move would likely be brief.  The momentum chart had no preference for direction for the week.  The S&P 500 closed barely up, +0.3% for the week.

This week: the mood pattern for this week points to a focus on governmental or global issues.  It can also be pointing to a crisis (or crises) of some type.

Market Charts: Charts continue to show that the market is in a tricky place.  The weekly trend indicator remains in bearish territory, but it wouldn't take much for it to shift to neutral.  The MMI forecast chart and the MM MACD are both implying that any bearish move will likely be brief.  The momentum chart is looking for one last drop before a strong turn up. 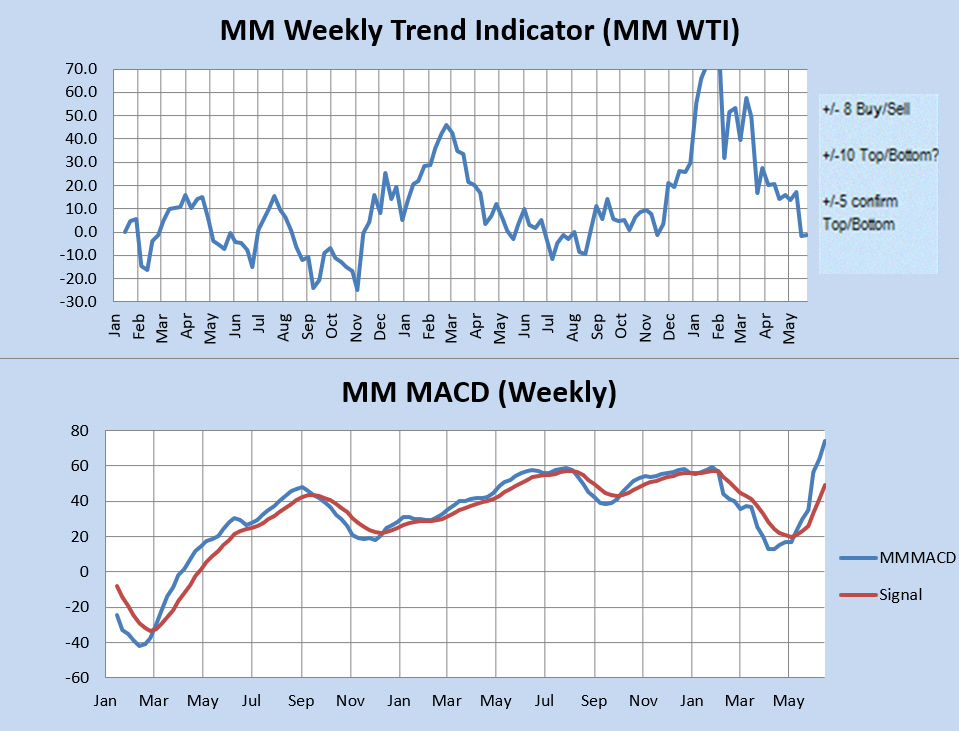 Momentum Indicator:  The weekly momentum indicator is looking down this week, but not interested in remaining bearish much past it.