This week: the mood pattern for this week points to a background focus on governmental or global issues, as well as a component that is associated with hope, but also delusion or denial.  This makes sense with the North Korea summit coming up.  The primary component for the week however, points to government related instability or various other crises.  Whether people will find that to be about trade war concerns, a North Korea summit gone bad, or something else we'll have to wait and see what happens as the week unfolds. 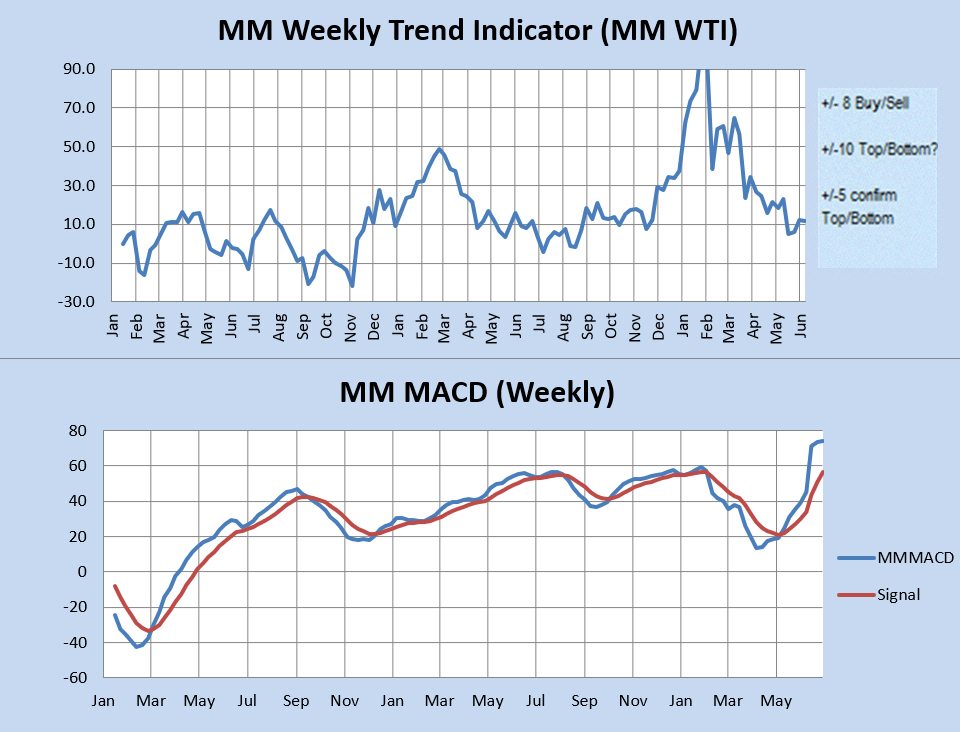 Momentum Indicator:  The weekly momentum indicator is still looking up this week, but also pointing to a slowing down of gains and a near term top just around the corner.