Monday’s session was a large rebound day as the bulls managed to close at the intraday highs. It really started with the Sunday night down-drift continuing from Friday’s weak close, as the Emini S&P 500 (ES) futures faded from the 2720 area into a low of 2698.50 around the 3 am European open.

The market consolidated for the next 6 hours or so into the U.S. market open by holding price in a steady range between 2710 and around 2700. Minutes after the open, we spotted higher lows on the micro charts, and sure enough the bulls managed a quick rebound into the 2718-2720 gap fill region. Then, the market spent the rest of the day grinding up slowly with higher lows and higher highs back into Friday’s range.

The main takeaway from Monday was that the bears did well on Sunday night but ultimately failed to break below last week’s low of 2693.25 even though they had a great chance. This gave the opposing bulls a shot at a quick counter squeeze back to fill the gap  and a bit more. As a result, it was a decent "stick-save" on the daily chart, and now it’s the third time heading back towards the 2740 region with the need of follow-through still.

The S&P 500 closed at 2726.71, and the trend of the market not holding momentum in both directions continues as we’ve been stuck in the overall 2748 vs. 2693 range for a few sessions now.  In overnight trading, the market had a deeper retracement than we anticipated from the weekend report given that the 2698.5 low overshot our supports. Also, we’re treating it as a great stop run by the bears given what transpired with the stick-save with the end of the day closing at the highs.

It’s a holiday half day on Tuesday so not expecting too much movement, but technically speaking the overall pattern still remains bullish given the amount of time spent building the basing pattern here. Seasonality and statistically speaking, it also heavily favors bulls in July, so this is something to ponder in the back of the mind.

Micro wise, the market favors a backtest towards the 2740 area when above the 2712 immediate pattern given Monday’s save, which would be the third time against the 2740's. Then, it would need to break above 2748 and 2758 resistance to open up 2780-2800 by proving to us that the market is back into a trending mode and not just whipping around with no decisive movements that could hold for more than a day.

Key support is pretty much the same in the 2700-2690's area given what transpired on Monday with another stick-save that is building the higher timeframe base on the daily chart.  The opposite is true for those looking bearish, as the market needs to go below Monday’s low and last week’s low to really open up the range as the next 2680 significant support hasn't gotten hit yet.

Traders should probably stick with a key level-by-level approach for now as the market still isn’t in a trending mode and just whipping around within the 2748 to. 2693 overall range, though we're still in the context of the bigger-picture outlook remaining bullish given the pattern.

Friendly reminder, as discussed in our ES Trading Room, the main focus in trading summer sessions typically should be on trading the morning ranges for quick profits, then escaping the potential range collapse of the afternoon hours. 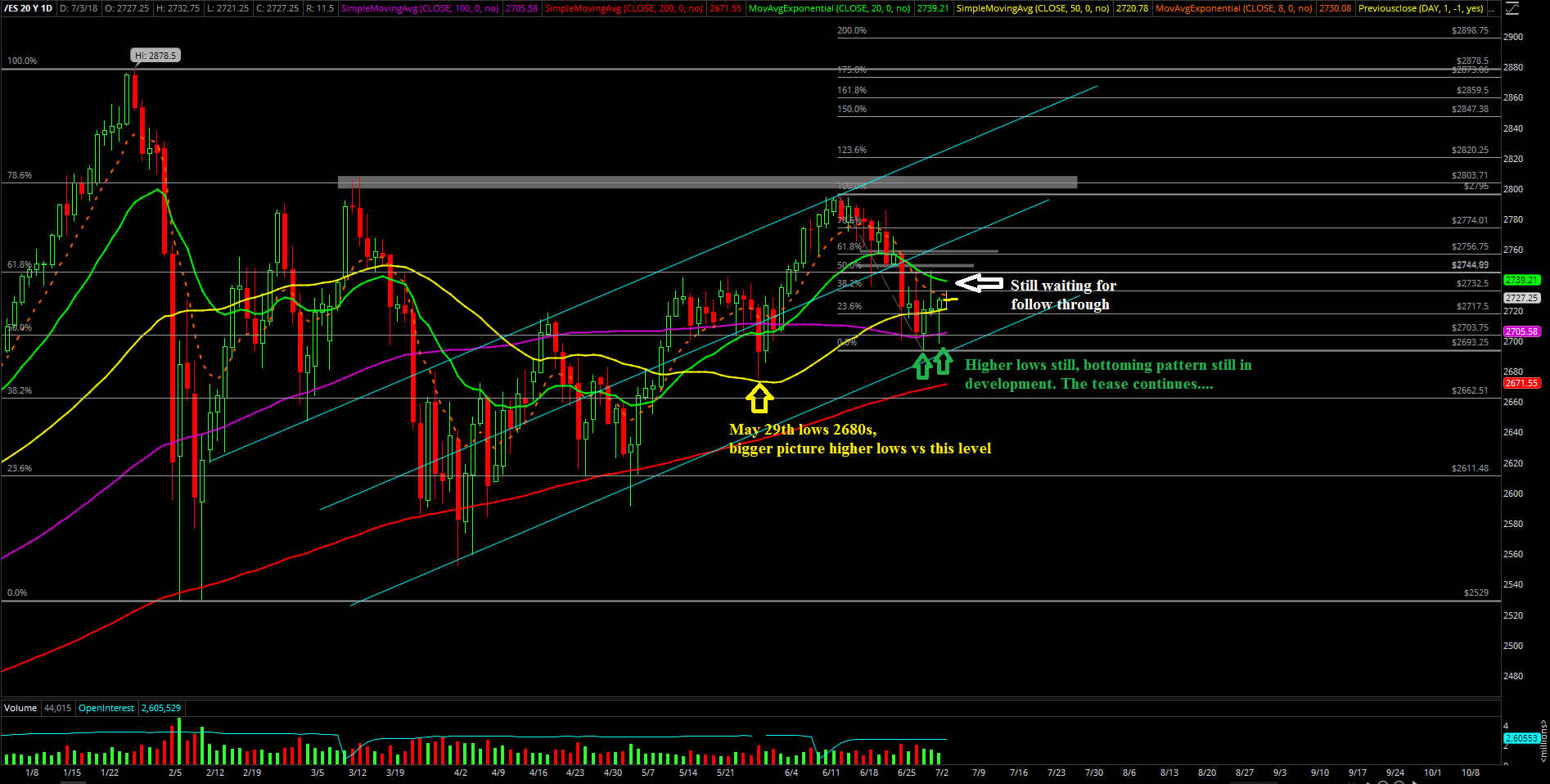 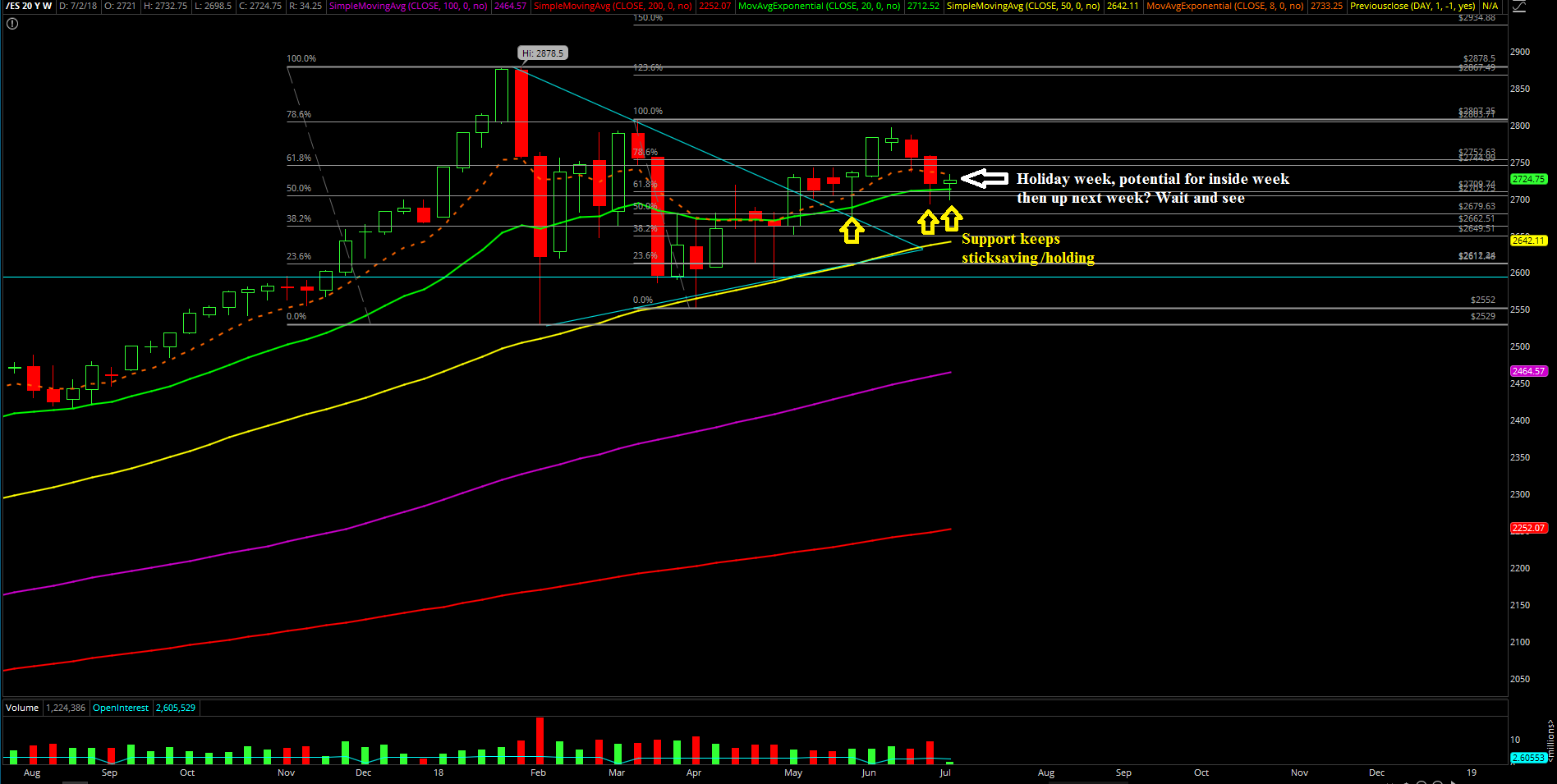 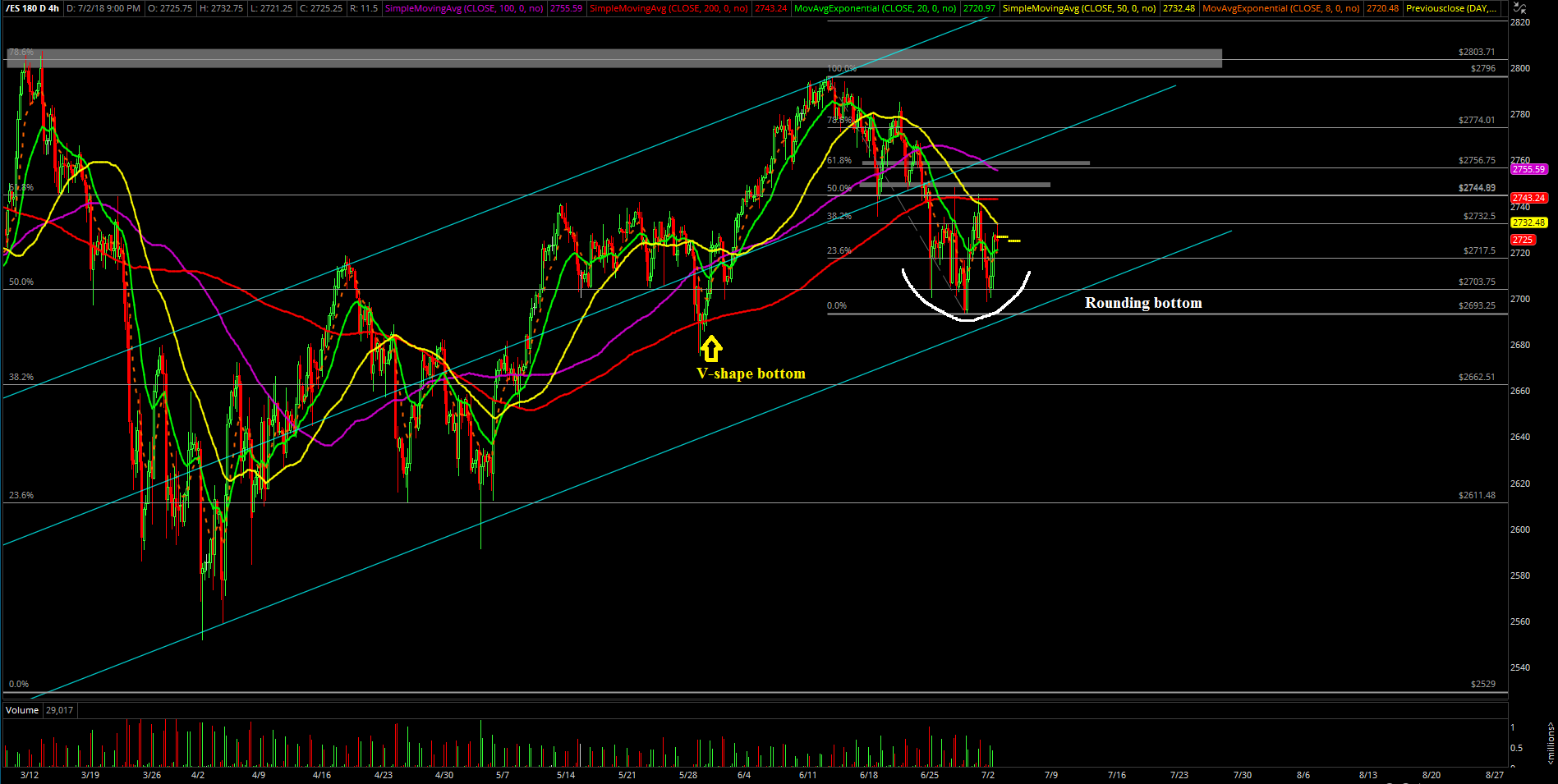 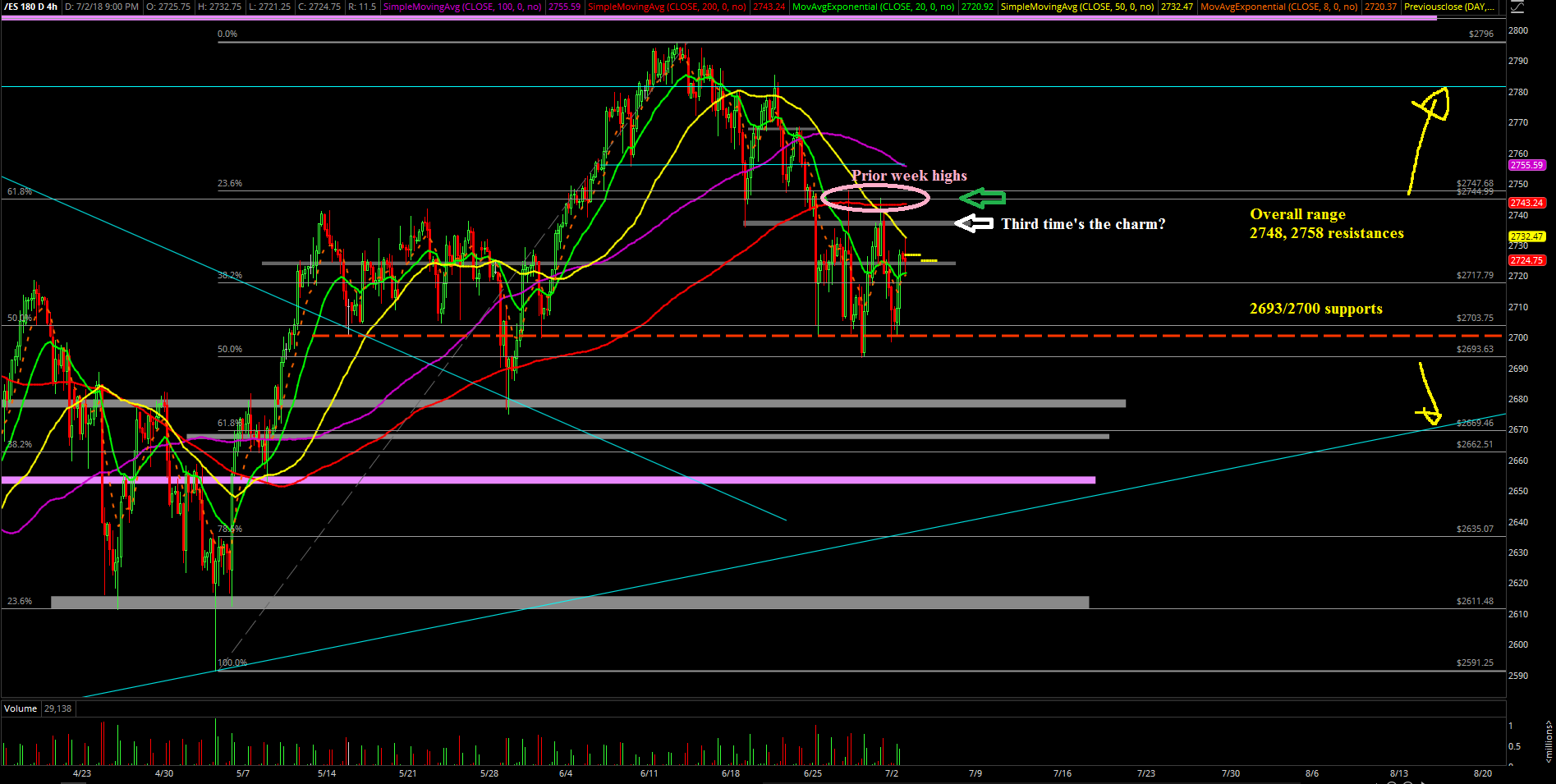 es july2review4
Ricky Wen is an analyst at ElliottWaveTrader.net, where he writes a nightly market column and hosts the ES Trade Alerts premium subscription service.