If it has not been clear enough from all of our recent posts the last 2 weeks let me state it again.

The market has MOST LIKELY started P.4.

The first phase of that is Denial... this could manifest in symptoms of trying to alter/force counts to allow for OMH. Sure there are still charts holding bullish setups, and sure there will be stocks that buck the trend. But the strongest chance we had for more bullish extension into 2019 was getting a wave "ii" after the "LD" back in July. Extending up to tag the yellow 176.4% increased the chances that we were completing 5 of (5) of P.3 much sooner. The second chance for more of a 5th required holding the 2800s as a ivth of an ED and relied heavily on Financials and Energy leading the charge. The invalidation of those higher supports in the Fins, Energy and 2800 region made the top of P.3 FAR more likely imo.

There are still potential bullish setups but these should be approached with caution and skepticism. Likely to outperform on bounces but also likely to morph into less bullish structures or eventually invalidate too.

With regard to earnings setups. We have seen a LOT of recent ERs report good numbers pop initially and then give it all back and more or just drop huge. Out of >50 ER charts that Garrett & I posted yesterday MOST of them were either long term #Toppy and/or had specific risk for more immediate DROPs. This is not an environment to try and pick the few names that might try to pop and make out sized bets on them. Earnings trades are risky even in an uptrend, even more so in volatile markets. StockWaves first started doing heavy ER analysis for the benefit of members who had large portfolios needing to AVOID potential pitfalls. This is why we post so many charts w/ the longer-term support and resistance levels shown even if there does not seem to be a specific ER "setup".

The seas are certainly stormy my friends, we have been discussing the need to batten down the hatches and reef the sails, we will continue to shine our light on the rocks. 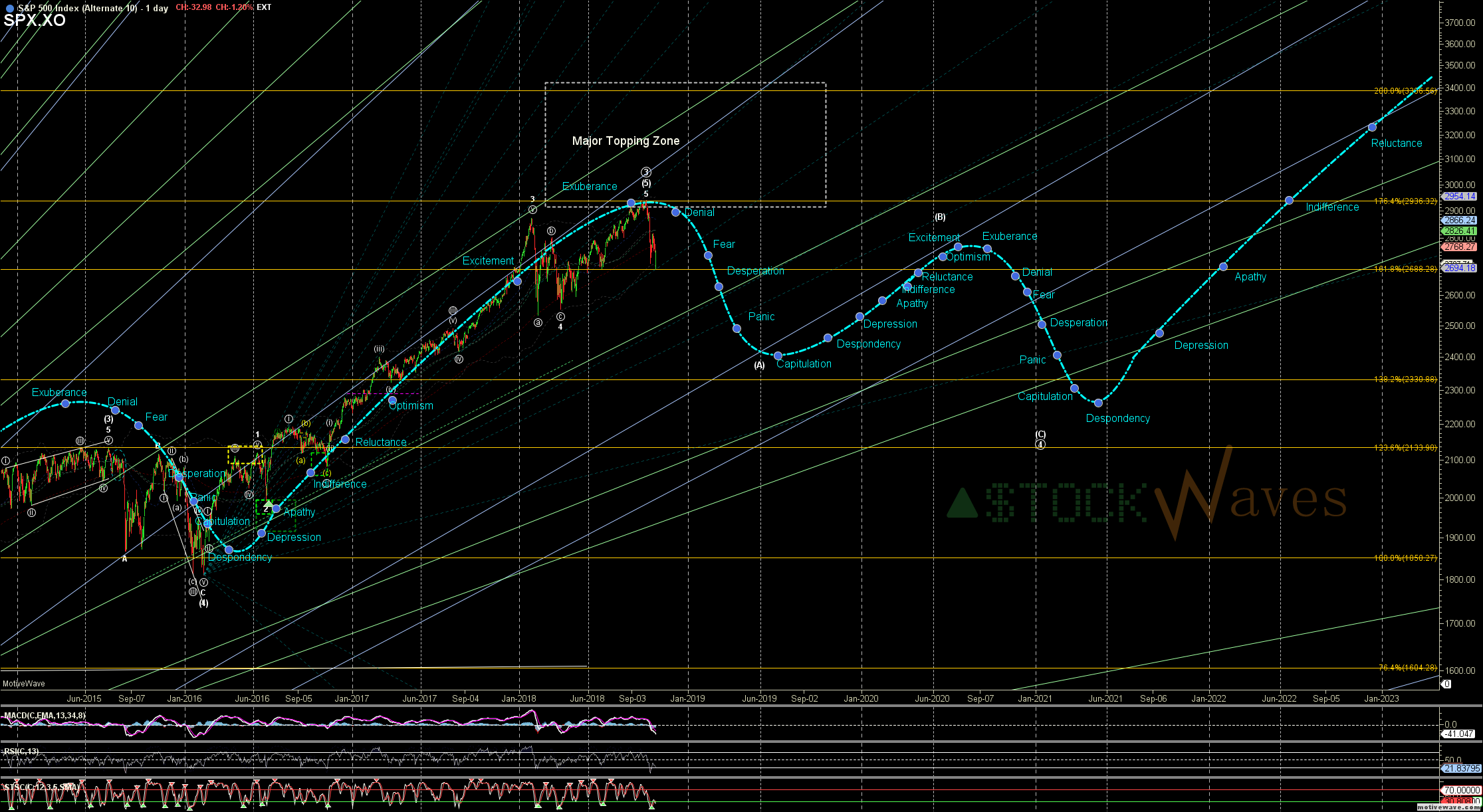