The DXY has seen consolidation near the lows for the past several weeks which was suggestive that we would see at least a small break into the support zone. This week we saw that break as we are now trading below the 103.70 level which is the upper end of the ideal target zone for the wave ((5)) of c of (a). Ideally, we still should see this move a bit lower into the target zone below before finding an ultimate bottom but we should be getting very close from a larger degree perspective to this finding a local bottom. Other than the small break there is not too much I have to add to the previous analysis as although this has broken below the upper end of the target zone we are still trading in a fairly tight range from the last several weeks.

Bigger Picture
As noted previously with the failure to hold the larger degree support and the strong break down two weeks ago we likely have topped in either the white wave (3) or the green wave (5) of ((A)). Under both the white and green counts I would be looking for this to push lower and break the 104.10-101.30 zone as the next key price support levels to confirm a top. From there the white count should head down towards the lower trend line to fill out that wave (4) before pushing higher once again to finish off the larger degree wave (5) of ((A)).

The exact bottoming level is still a bit unknown at this point in time as the entire structure off of the 2008 lows would count as a large diagonal making the support levels a bit unreliable on this time scale. For that reason, I would be looking more closely at the smaller degree pattern and fibs to get a better idea as to where exactly the bottoming zone would land.

The green count is suggestive that we have topped in all of the larger degree wave ((A)) and we are already in the wave ((B)) down. Now both the white and the green count are going to look very similar in the early stages of this move as they both are corrective in nature. The green count of course would give us a much deeper retrace for that larger wave ((B)) before turning higher whereas the white count should find support much higher before getting that higher high.

Shorter Timeframes
As shown on the four-hour chart I am counting the current low as being part or all of the ((5)) of c of (a). This low has now broken just below the 200 ext of the initial wave ((1)) down off of the highs. That 200ext is the upper end of the target zone for a five-wave impulse. So with the slight break of that level we now have the structure and fib levels in place to consider the pattern full and can see a wave (b) pullback begin at any point in time. I will have to keep a close eye on the overhead price levels to help give us a signal as to whether we have indeed bottomed or not.

If this moves back up over the 107.28 level then it would be the initial signal that we have bottomed in the wave (a) with further confirmation coming with a break over the 108.15 level. Unless and until that occurs, however, I still think this should move a bit lower and push down toward that 101.54 level before a local bottom is indeed seen.

I will be looking to see this wave (a) complete and then see if we can get that wave (b) retrace and we are likely getting close that being the case. As I mentioned last week, I think there still will be a good opportunity to trade this move to the downside as again the next push lower for this wave (c) under that green path is likely to be quite sharp and large in the coming months and years ahead. 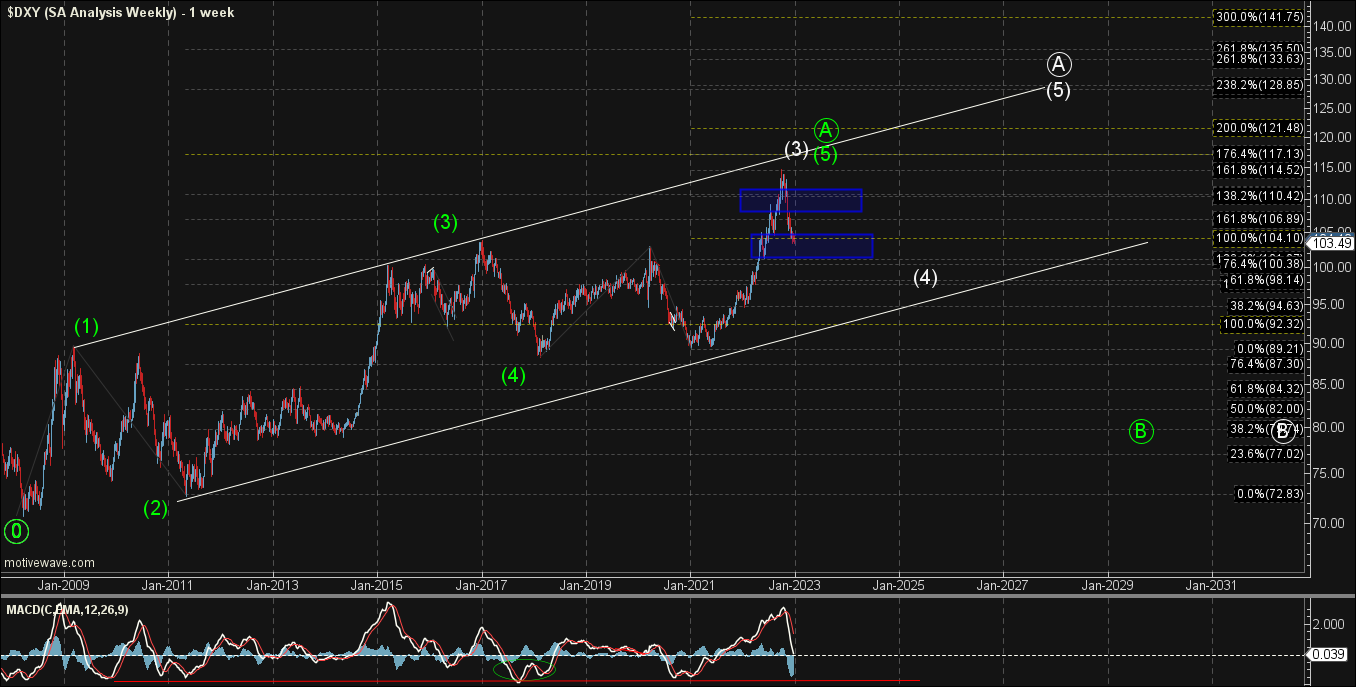 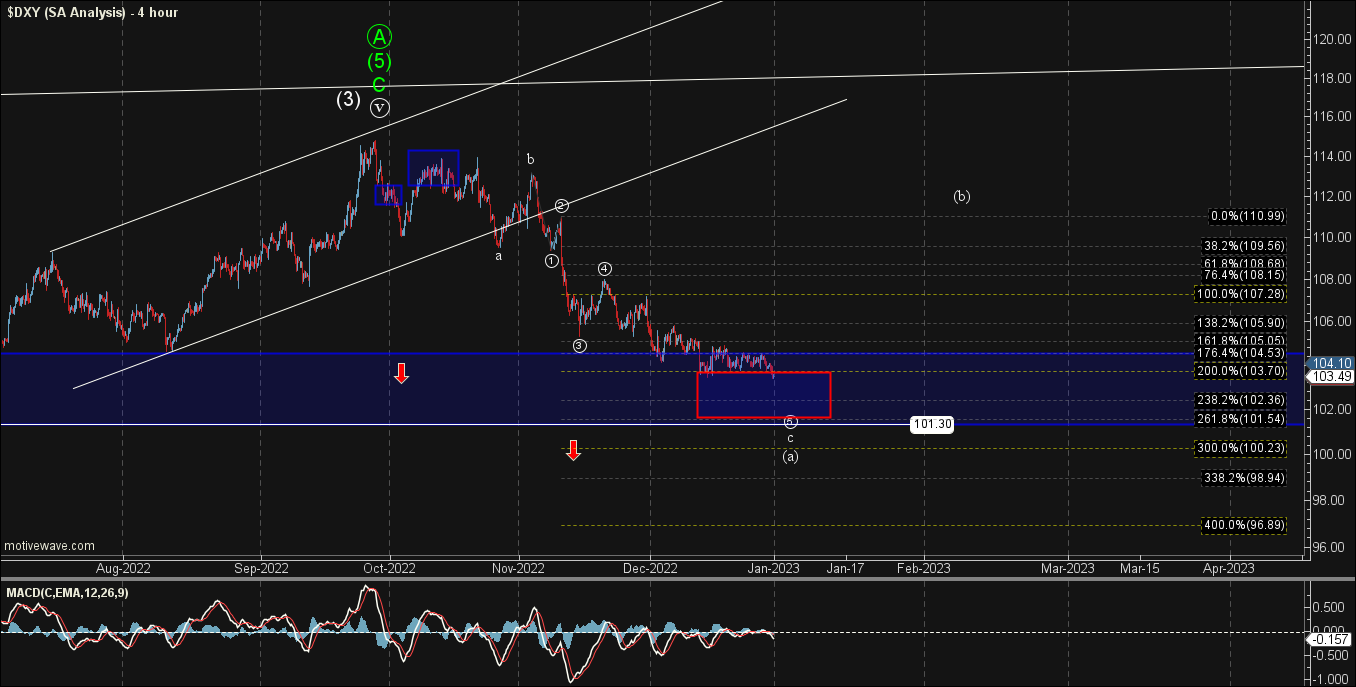 $DXY - SA Analysis - Dec-31 1636 PM (4 hour)
Michael Golembesky is a senior analyst at ElliottWaveTrader covering US Indices, the US Dollar, and the VIX. He contributes frequently to Avi's Market Alerts service at EWT while also hosting his own VIX Trading service.