Despite counting a i-ii-(i)-(ii) impulsive start to the C of (A) down inside the larger Primary 4, I think the rest of this decline toward the lowe 2400s (and possibly into 2300s) is going to take longer into Q1. In longer term uptrends we frequently talk about "melt-up". The near constant grind on higher highs bracketed by a few swift drops and speckled with a few rippers. Primary 4 is a large enough degree correction that within it we have the potential for two intermediate down trends, the (A) and the (C). We are firmly inside the (A) and likely starting the C as stated above. A C wave is the third wave in a corrective set and as such often displays some characteristics of typical third waves. The first being that it can certainly be an impulse and follow all of the rules as such, but if we make allowance for slower moving "melt-up" phases of a bullish impulse we should make similar allowances at the appropriate degrees for "melt-down" in bearish ones. Do not get me wrong there is certainly risk of a very accelerate drop more typical of downdrafts in the past... but I think we should ALSO keep an open mind to a more gradual drift from here of lower lows.

I could see the market trickling down toward 2550 into and thru the boring Holiday week and EOY. Then possible accelerating briefly down toward lower 2500s then starting the (iv)-(v)-iv-v with some nasty sharp bounces and more rapid drops and then bouncing again to try and shake many folks loose again... Through in a triangle somewhere and at least one ED and before you know it snow could be melting faster than option premium. 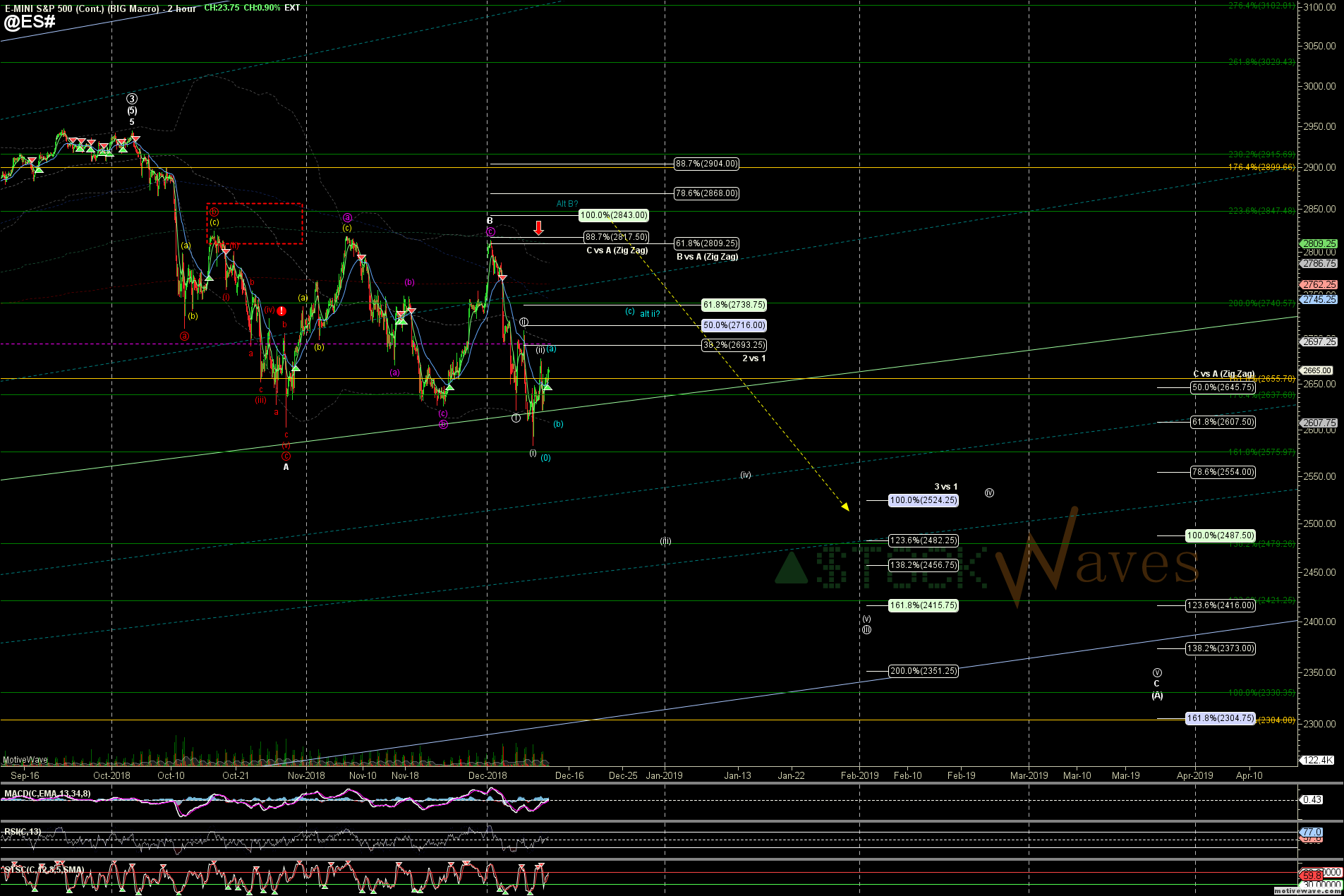 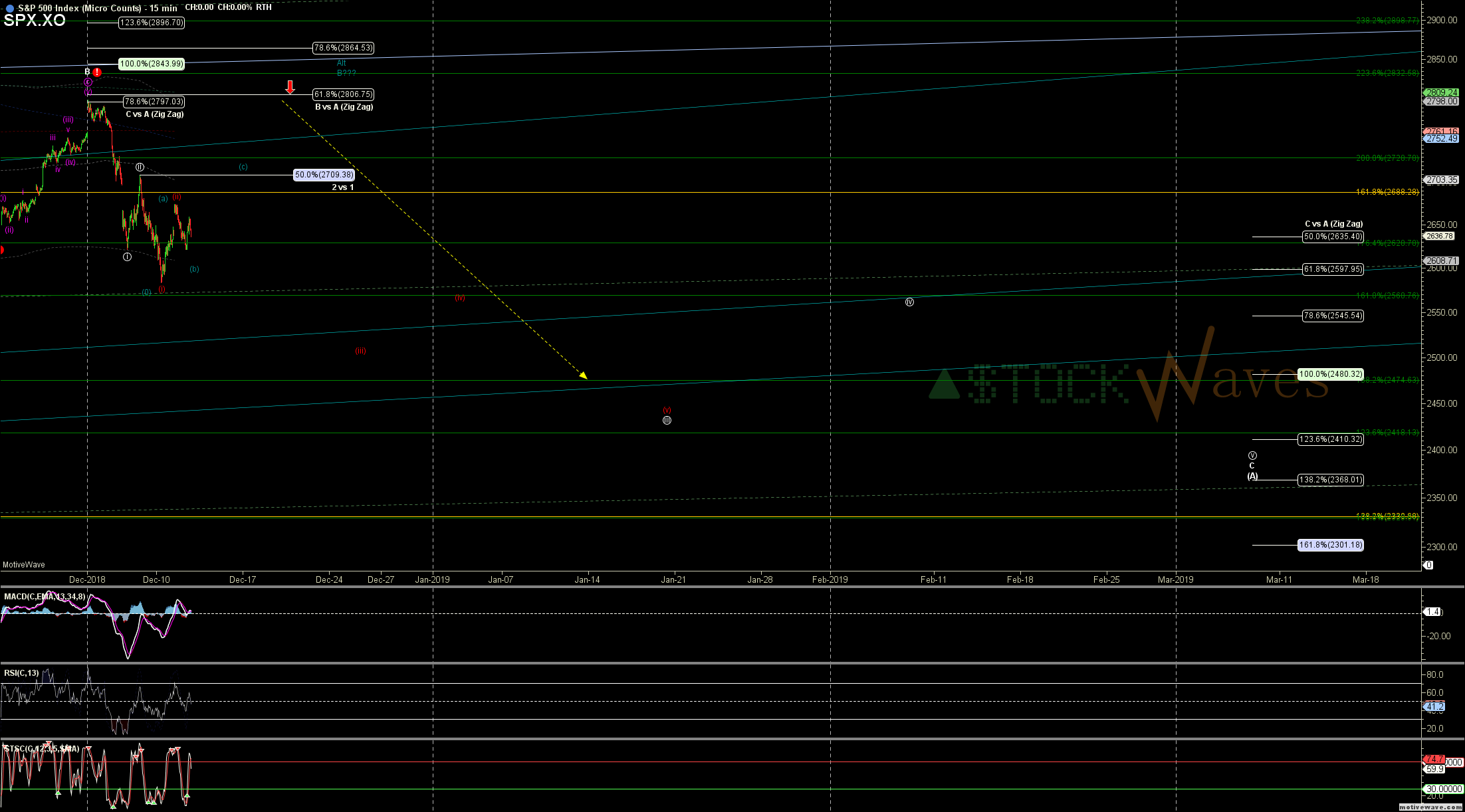 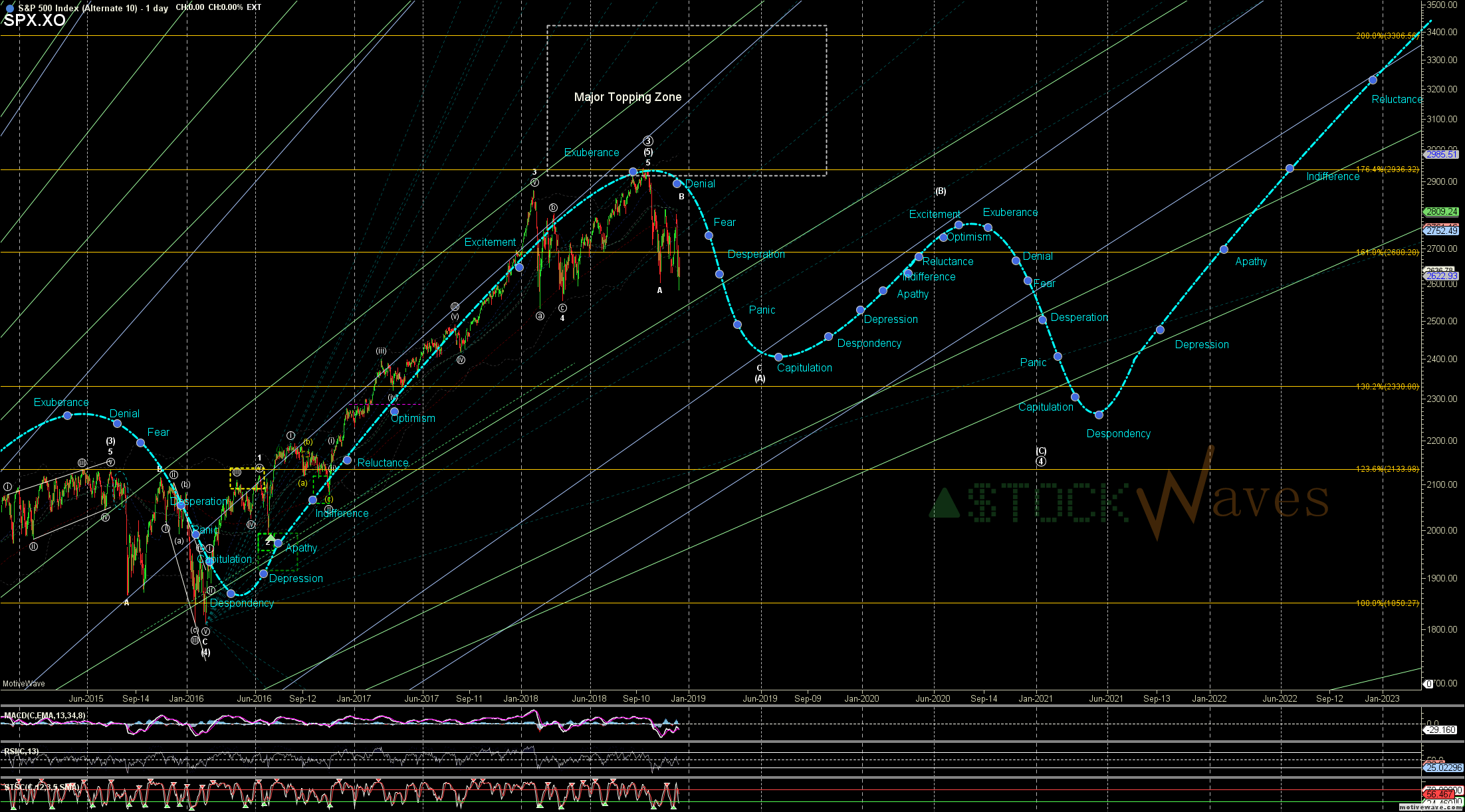 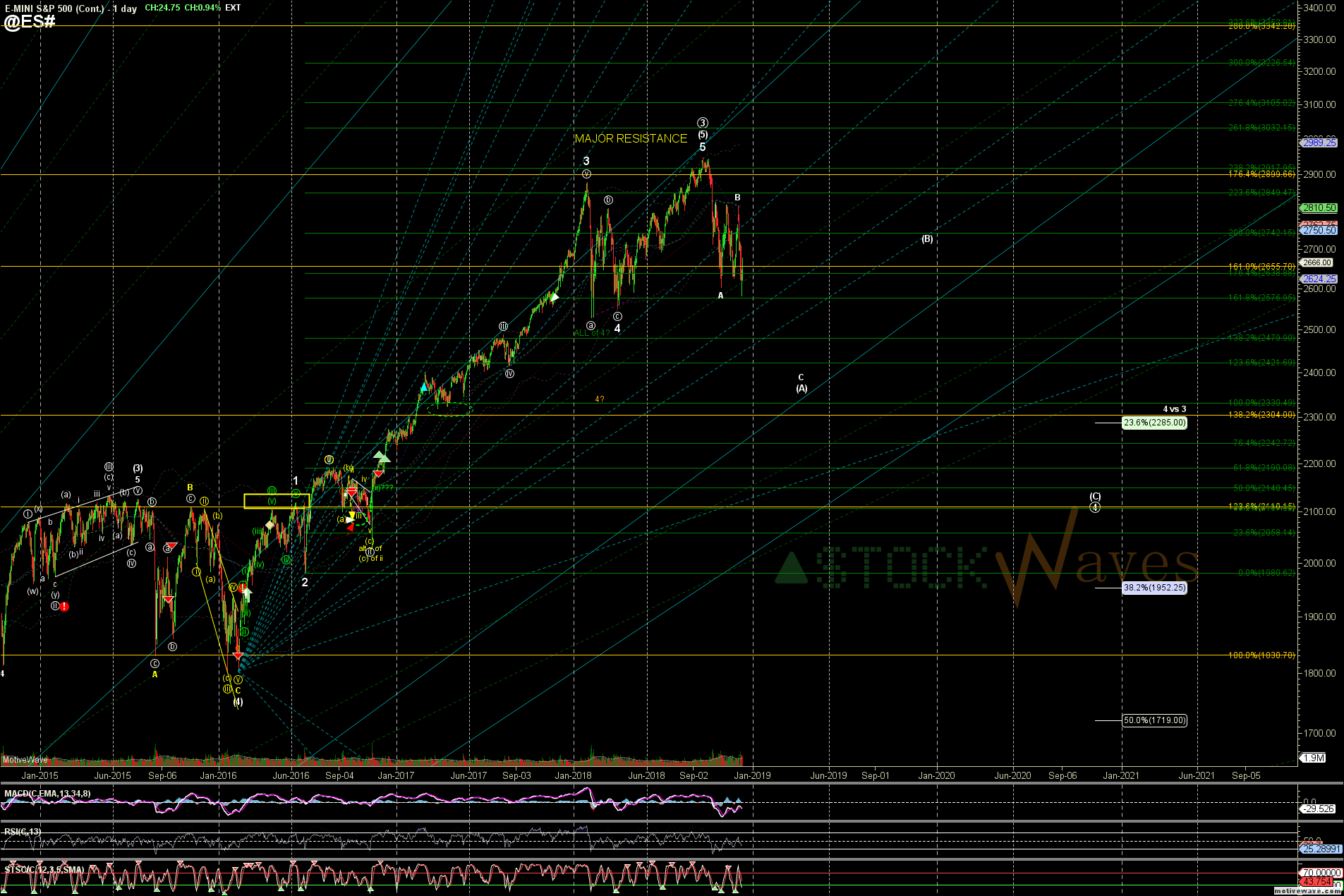 @ES# - Primary Analysis - Dec-12 0816 AM (1 day)
Zac Mannes is a senior analyst at ElliottWaveTrader.net and co-host of the site's Stock Waves service, which provides wave alerts and trade set-ups on individual stocks.