The Fed's Meeting This Week

The long-anticipated, often feared FOMC (Federal Open Market Committee) meeting is finally upon us. On Wednesday, the FOMC will vote on whether or not to raise interest rates.

As the hedge funds put in their final bets, the favorite horse to win the race is a raise to 0.25%-0.5%. The market is pricing in some chance that there isn't a raise at all. The idea of a raise to 0.5%-0.75% has been completely forgotten.

The perception is that the Fed continues to have a delicate balancing act. The reason raising rates reduces inflation is because it reduces demand by making money more expensive to get. The higher interest rates are, the less likely customers are to be willing to borrow and the less money they spend. Higher rates incentivizes saving over spending - reducing demand relative to supply and therefore slowing down price increases.

The stated goal of the Fed is to maintain an inflation rate of 2% while avoiding slowing inflation so much that companies stop expanding and unemployment rises. Clearly, inflation is well above the Fed's target rate and is likely to remain above its target for years.

Yet despite the overwhelming evidence that inflation is persistent, even the most hawkish members of the Fed have been advocating for raising the target rate to 1% by July. As I highlighted a couple of months ago, today's Fed is fundamentally more dovish than any Fed we've ever seen. The current FOMC is biased towards keeping rates low and prioritizing maximum employment over the control of inflation. The conflict in Ukraine provides the perfect cover to keep rate increases minimal.

In 2021, you probably remember how Powell was insisting that inflation was "transitory" and blaming the supply chain. Now there is a new issue that can be blamed. 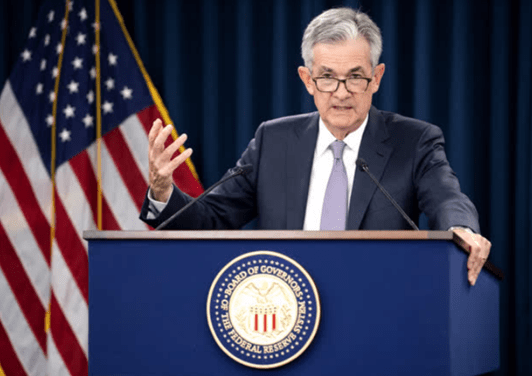