Our primary count has us looking for a lower low in the metals complex.  That would be considered the final drop to complete all of this second wave.

The current rally we expected early this week has played out, but the silver rally was quite short in terms of the Fibonacci retracement level it has struck.  Normally, 4th wave usually strike the .382 retracement of the prior 3rd wave down, whereas silver has only struck its .236.  So, while silver has struck a minimum target one can see for a 4th wave, I am going to keep an open mind to the potential for one more rally to be seen for a bigger 4th wave.

But, take note that I have now included a micro chart for the GDX which would tell me that no more lower lows will be seen.  Should we be able to break out through the blue resistance box, and complete 5 waves up for wave (i) of 1 of the next bullish move higher, then I will have to abandon thoughts of any lower lows, and be looking to buy all pullbacks, and move stops to the low struck early on Monday.

For now, I still “expect” one more lower low, but I am not suggesting anyone be trading for it in an aggressive fashion.  While it would be reasonable to remain hedged for now, aggressively trading for a lower low which has, at times been elusive, is not advisable. 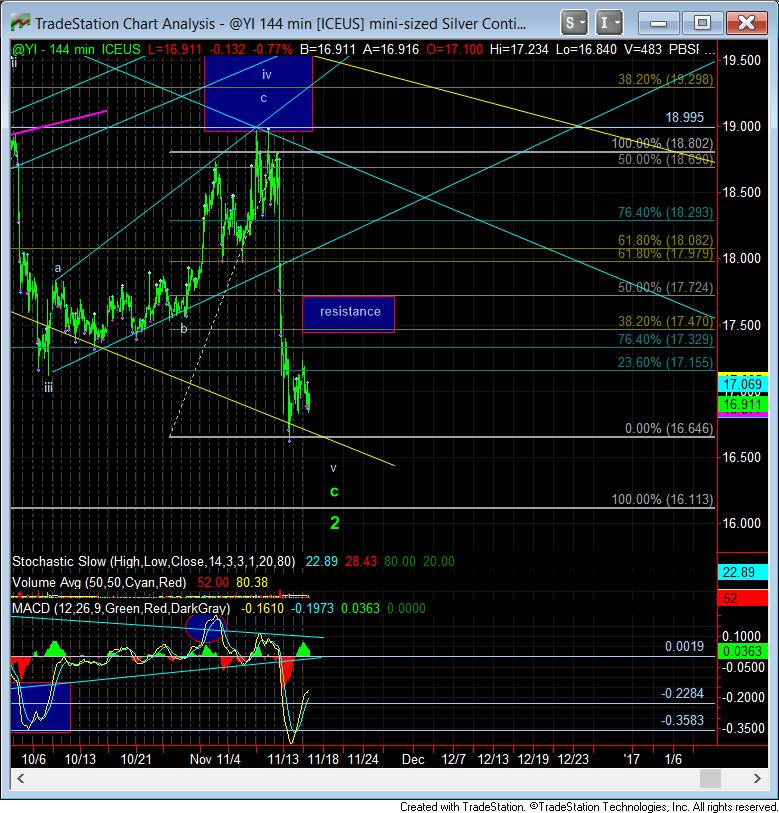