Monday’s session was essentially a poke-and-go in terms of the pre-determined 2775-2731 dead-cat bounce range day that we had in mind in the ES Trading Room.  The 2726 key level derived from the March monthly lows was never taken out, and bulls defended with the 2728.75 intraday low print.

The main takeaway from Monday’s session session is that the temporary bottom/floor has been established and the dead-cat bounce is following through and has already fulfilled its first target of 2765.  We expect it will be moving onto the 2800 target soon. Bears lost the fight so the dead-cat bounce formation looks decent now as long as overnight low holds given the current structure of the pattern.

Clear and concise context for June:

The market proceeded with the textbook mean reversion playbook that occurred in May and hopefully everybody and their mother were prepared as we discussed with the proprietary signals warning, price action level by level approach and once support broke, the market offered even more clarity.

Now, the game plan for month of June is fairly simple. Our current must hold levels is located at 2700 monthly support as the pre-determined floor and treating anything below 2845 as a dead-cat bounce due to short-term trend.  If price action starts breaking below or above these key levels then we as traders must be going back to the drawing board and reassessing again.

The overall process remains similar to the month of May -- traders must remain 4 steps ahead of the market by being nimbler. Continue to utilize "guerrilla warfare" tactics in order to generate the quick alpha as we have demonstrated so we protect ourselves once again even if the shit hits the fan. 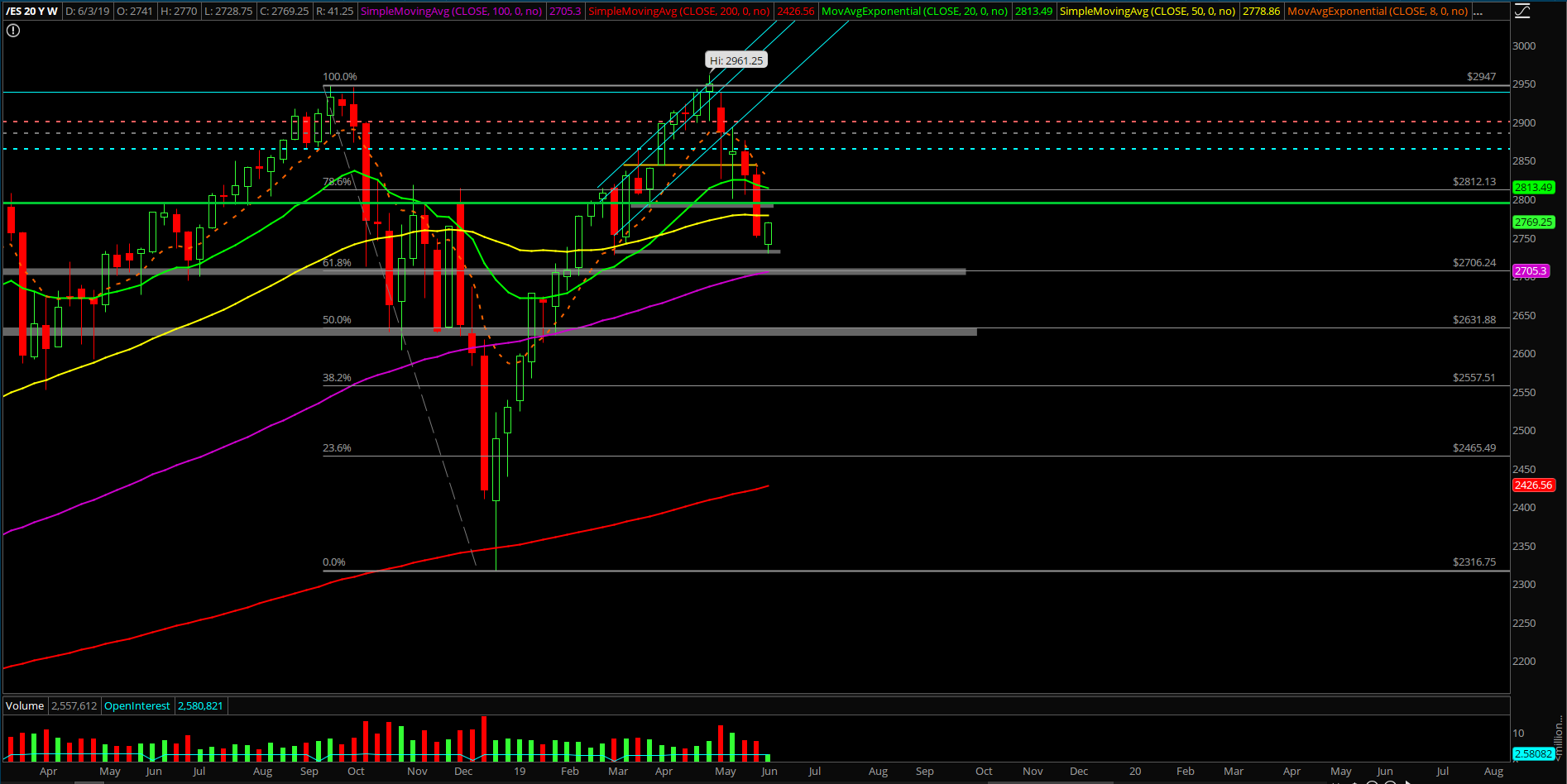 ES JUNE3_REVIEW5_PRO
Ricky Wen is an analyst at ElliottWaveTrader.net, where he writes a nightly market column and hosts the ES Trade Alerts premium subscription service.