Tuesday’s session was a fairly tight range day as we warned about just trapping both sides of the market participants within the 2889-2926 weekend range. Nothing of significance occurred during RTH because it was just a good old "shake fest" with weak identifiable intraday setups based on probabilities.

The main takeaway is that the overnight globex session has made a stance by breaking above the tight 2889-2926 range on the Emini S&P 500 (ES) and now attempting its 6th time breakout vs. 2930-2940s zone of the past 3-4 weeks. Basically, the bulls held the 38.2% retracement yesterday and they are attempting the weekly timeframe’s ‘hold half and go’ continuation setup.

Tuesday closed at 2904.5 on the ES and it was pretty much just a doji rangebound shake fest that we warned ahead of time. Heading into today’s session/rest of week, we are technically bullish towards 2955/2970 as long as bulls remain above 2905 at all times. Wait and see for a higher lows setup.

If bulls flop, then price action is merely just stuck 2940s-2800 like the past 3-4 weeks and this becomes another failed breakout setup.

Monthly chart – the bulls stick-saved 2775.75 vs. the monthly 20EMA, which also aligned with the macro 200 daily moving average area, so bulls did a fantastic job stopped the crash setup from the opposing side.

As discussed, our September thesis is the likely inside month range of 3014.25-2775.75 overall. The market needs to digest and form another basing setup as we head into year-end closing print. We are also treating the March, June and August 2019 lows as a standard higher lows structure, so that means the August lows is obviously the must hold on any pullback if going for the macro timeframe into year end and year 2020. 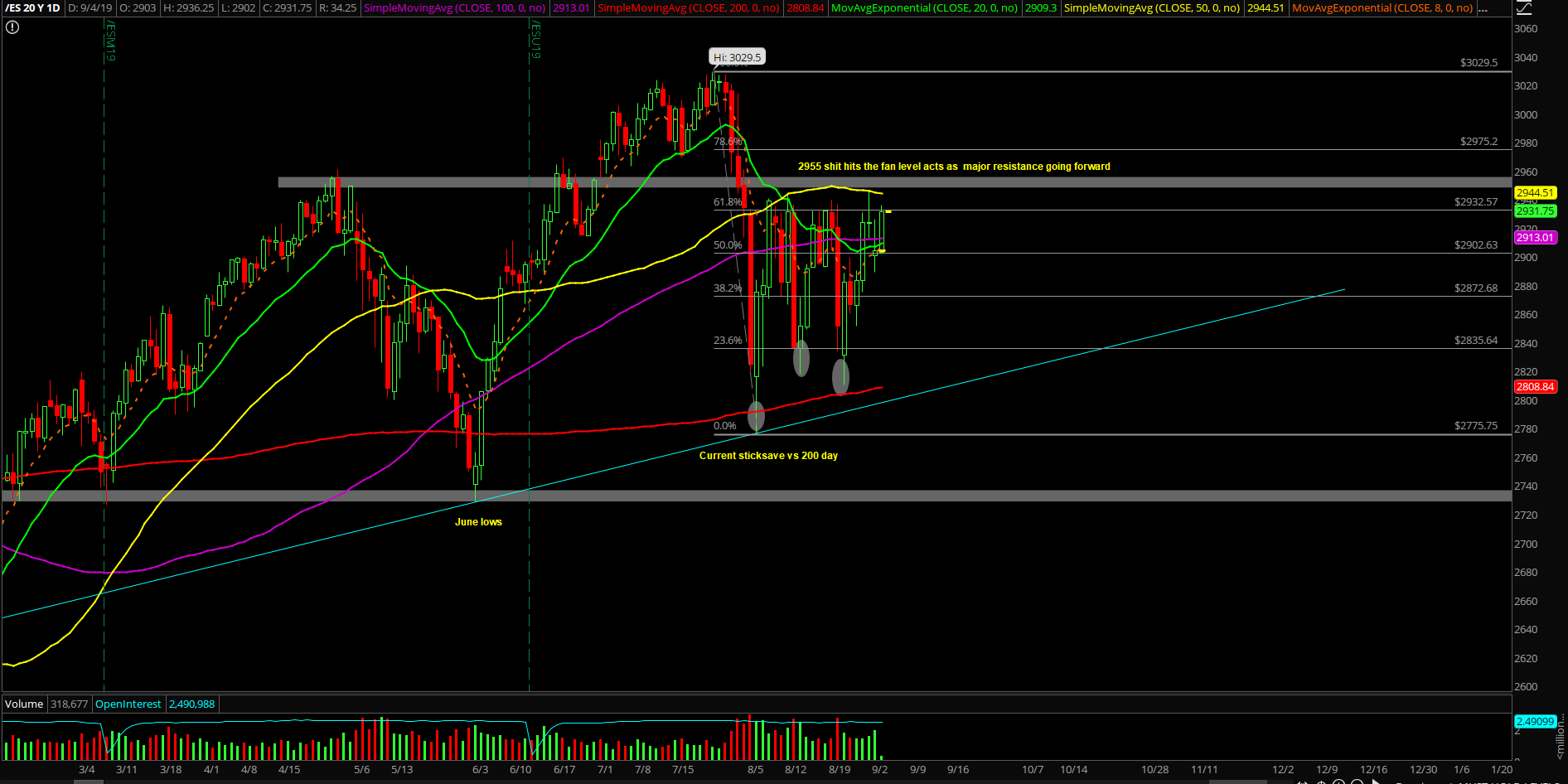 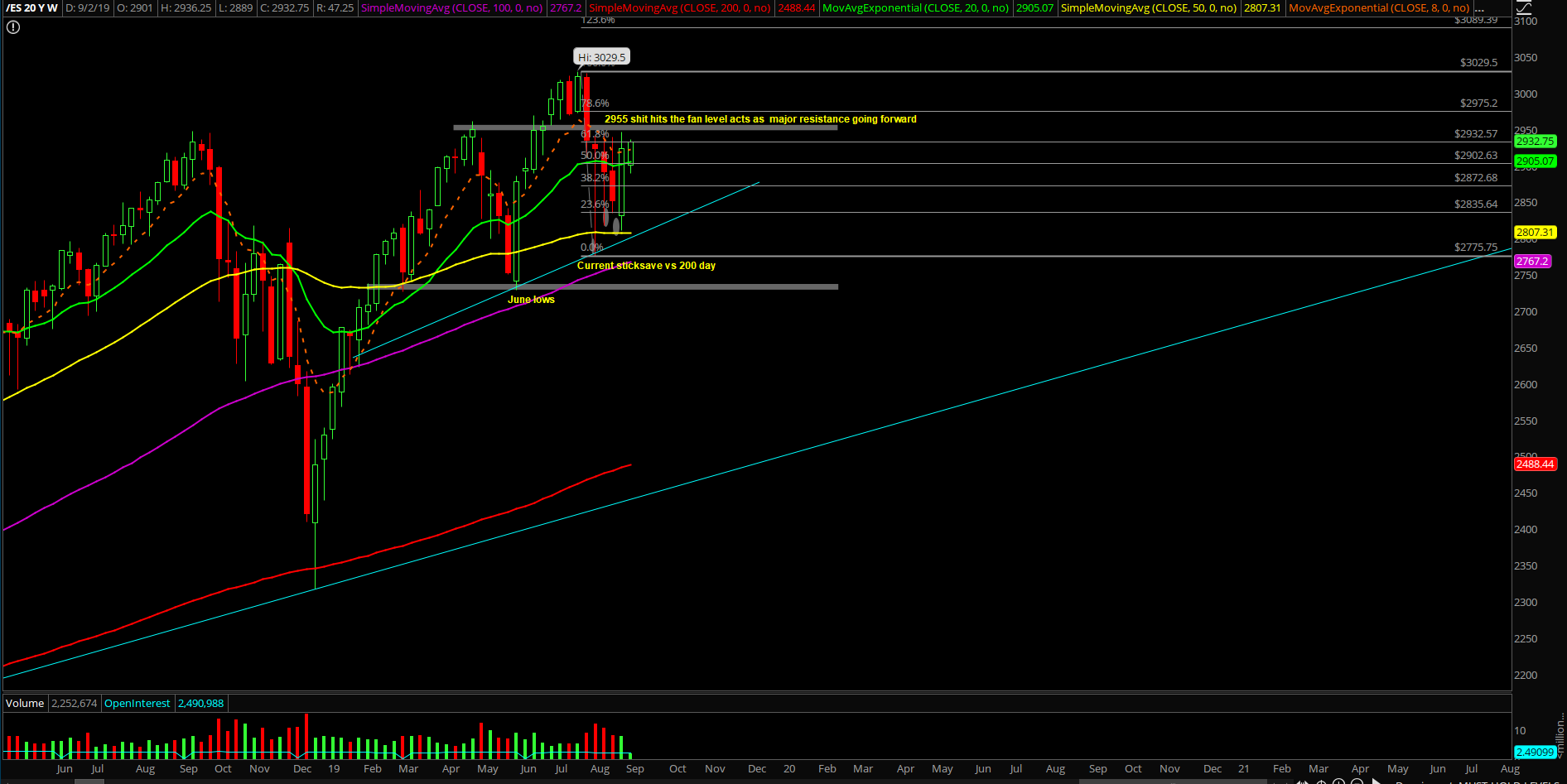 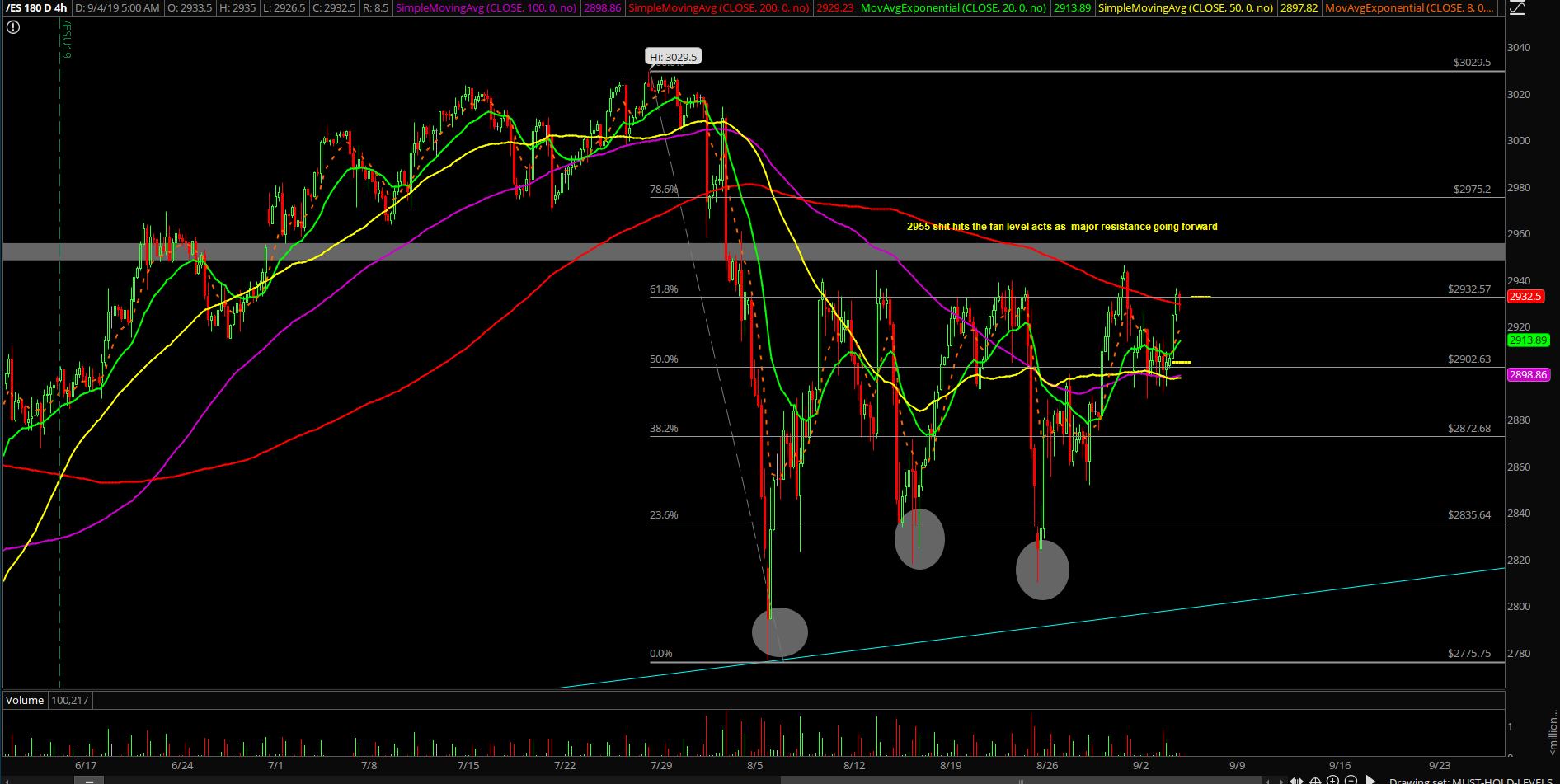 ES SEPT4REVIEW5
Ricky Wen is an analyst at ElliottWaveTrader.net, where he writes a nightly market column and hosts the ES Trade Alerts premium subscription service.