To date, the biggest issue I have had with viewing the metals complex as bottoming was the GLD chart.  That issue no longer exists.  You see, the current action in the GLD chart has now moved technicals up to the point where another drop can provide us with the positive divergences we would need to see to support the bottom to a very deep wave ii pullback.  This complex now has a bottoming set up in GDX, silver and GLD.

As I am sure you are all well aware of at this point, the GDX has now moved up to the top of our resistance box, and everyone is questioning whether the bottom has been struck in the GDX.  And, it certainly may have been.  But, for now, we only have 3 waves up off the recent lows, which means we would still need a 4th wave consolidation followed by a 5th wave up to complete wave (1) off the lows.  Now, of course, it is certainly possible that GDX may have bottomed and GLD and silver only see their bottoms when GDX pulls back in a wave (2).  But, I cannot even make such an assumption until waves iv and v of wave (1) have completed.  Until then, I only view this as a deep wave 4 rally, which can substantiate a double bottom in the GDX.

As far as silver is concerned, well, there really is nothing to see here until silver is able to at least take out the 16.50 region.  Until that happens, this is looking like a 4th wave consolidation before the last micro drop.

So, while GDX has given me a bit more action to “consider” its bottom may have been struck, I still think there is good reason to expect another drop in at least silver and GLD, unless it can prove to us that the low is in, especially with silver taking out 16.50 in impulsive fashion. 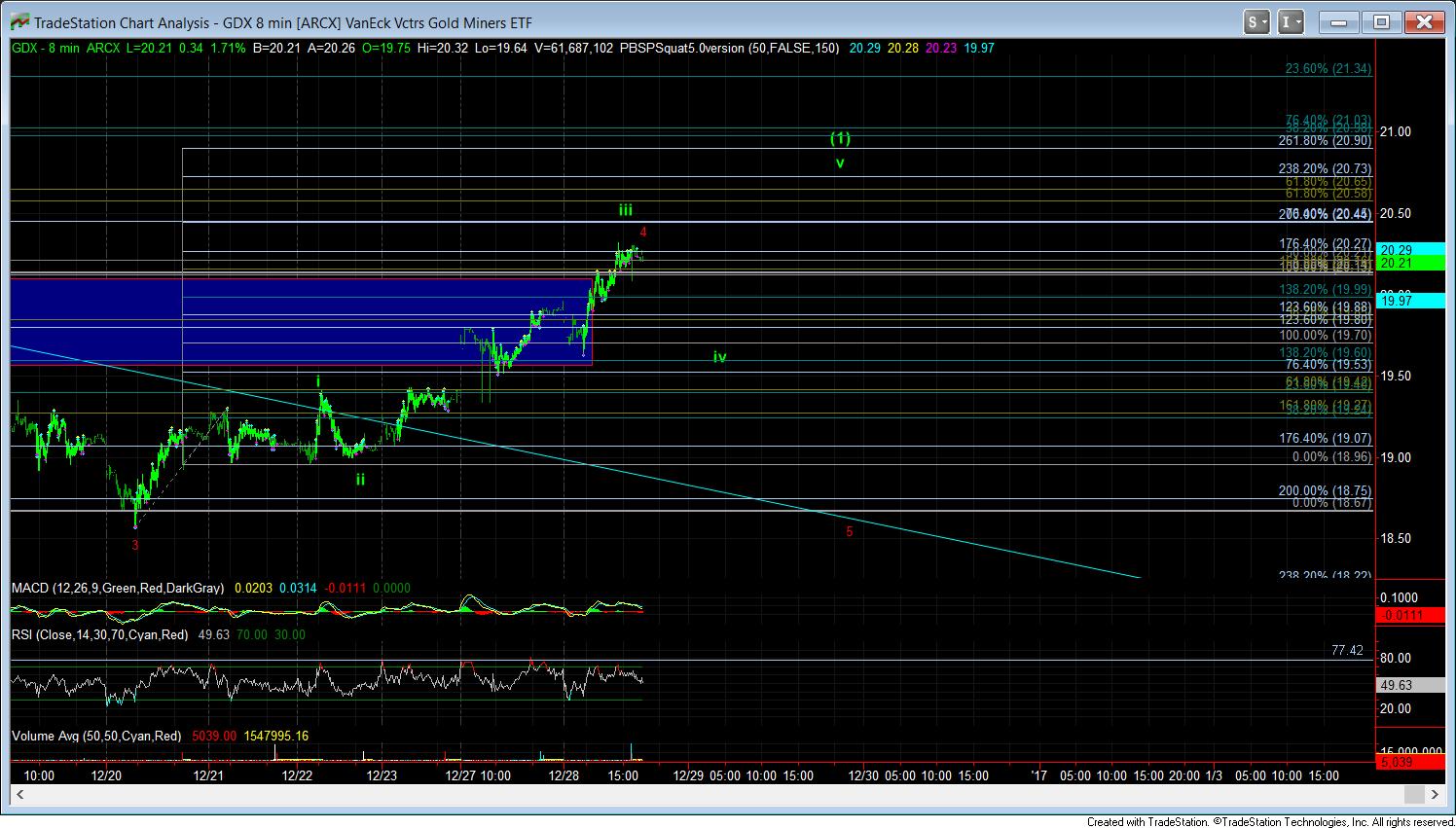 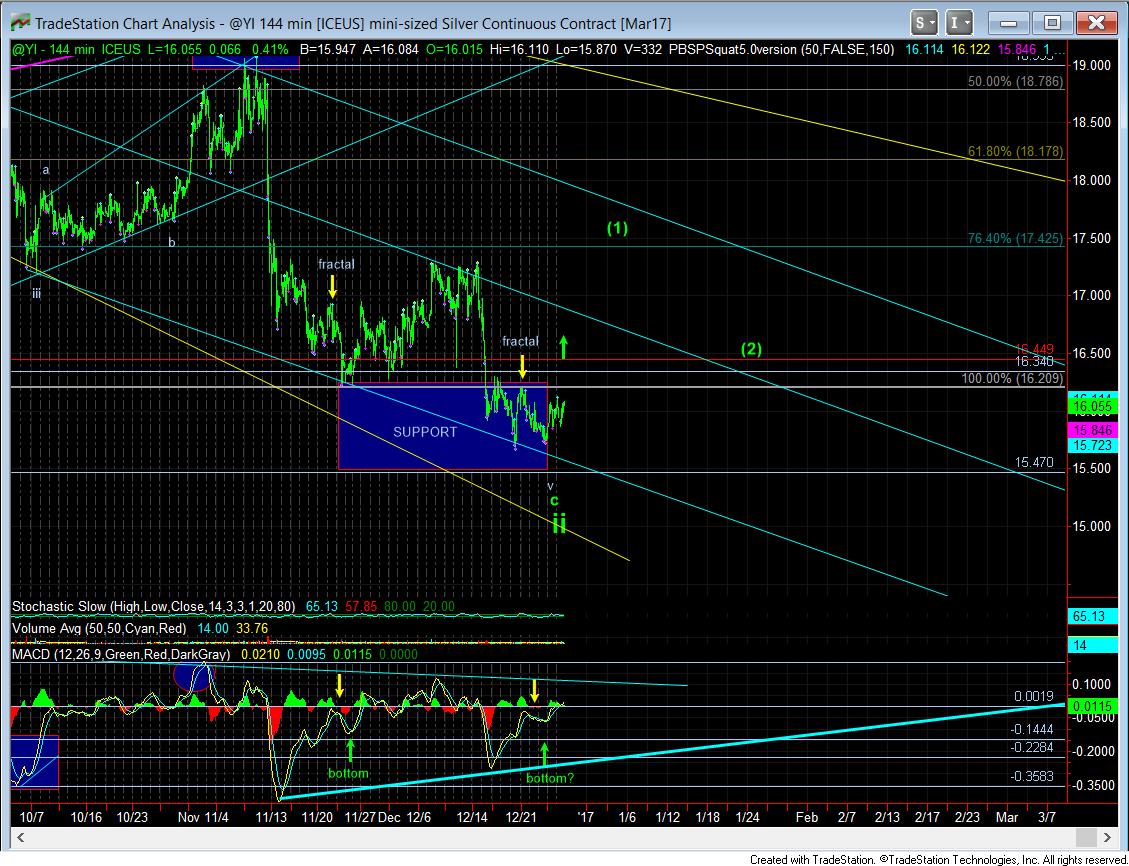