The market finally made its decision about a more expanded flat correction over the 29 region in the GDX.  Thus far, we have completed what counts best as wave iii of the c-wave of this correction.   That means that the market “should” see one more lower low before we can begin to rally to higher highs again.

I have been saying for quite some time that I would prefer to see the GLD outperform on the next rally phase, since it has to “catch up” in its wave structure.  During the decline we have seen today in the miners, the GLD has held a very high level consolidation.  This could be the first signs of its impending outperformance, even if it does drop just a bit more into tomorrow.

As far as silver is concerned, today made it much clearer that wave (iv) had not yet completed, and we are seeing some strong positive divergences on these lower lows.  Every time we have made a bottom on positive divergences in the 144 minute silver chart, we have then seen a strong rally take hold.  So, that is what I am going to be expecting to see in the near term, not only in silver, but throughout the complex.

So, nothing has changed, we should be sitting tight, and preparing for the next rally phase which is more likely than not to be seen in the very near term from where I sit. 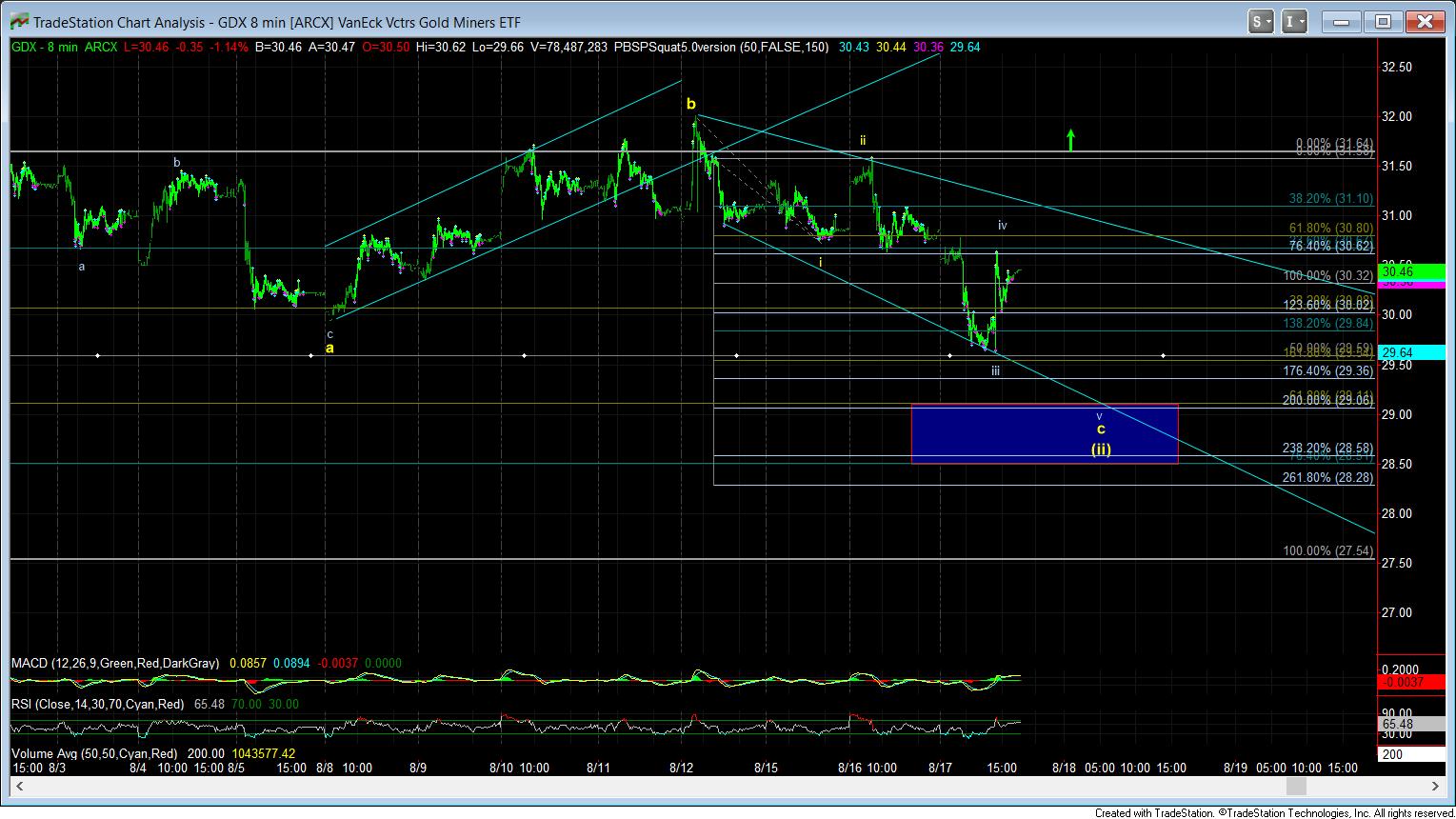