As I noted over the weekend, we are still looking for a full 5 waves up off the lows. Yet, thus far, we really only have 3.

What has also occurred this week is that GDX has developed into a more complex pattern at its highs. Right now, I can view the pattern as one of four ways, which clearly does not make it easy to trade. Most immediately, if the GDX is able to maintain over the 18.80 level, then I can even count it as a very aggressive impulsive I-ii structure in the 5th wave, pointing to the 23 region. However, if we break 18.80, then I can view it as a running 4th wave triangle, or an expanded flat, with today's high being a b-wave as shown on the 8 minute chart in yellow). Yet, there can even be an interpretation of this 5th wave forming as an ending diagonal (not shown on my chart, but it has been posted by Garrett earlier today). So, as you can see, there is not a lot of clear structure being provided to us by the market up in this region, but I would like to continue to look up as long as we remain over 17.70. Lastly, to convince me of some kind of top being in place, I need to see the GDX break below the 17 region.

As far as the GLD and silver, they too can be considered to need a c-wave down in their 4th waves, which make them align with the yellow count on the 8 minute GDX chart. I can also support an ending diagonal count in silver, but only as a wave I-ii set up in that diagonal – which clearly does not make me terribly confident in that strucfture. In all cases, GLD should not break below 113, and silver really should not break below 14.80, but there is a set up in place in which it can drop a bit below it and still maintain as a 4th wave. And, to be honest, I am beginning to see more potential that silver can head back down to the 12.75 region for a lower low if it breaks down below 14.55

So, for now, not too much has changed from my weekend perspective, as we still need more evidence to believe, with a high level of probability, that the metals have truly bottomed. 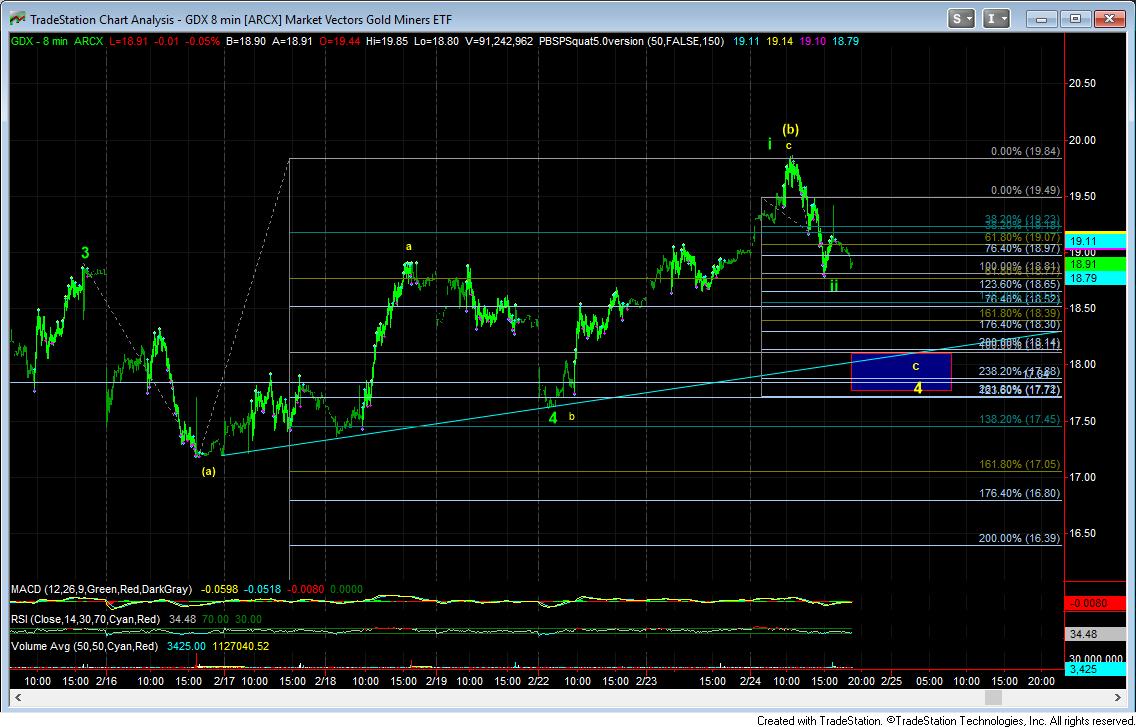 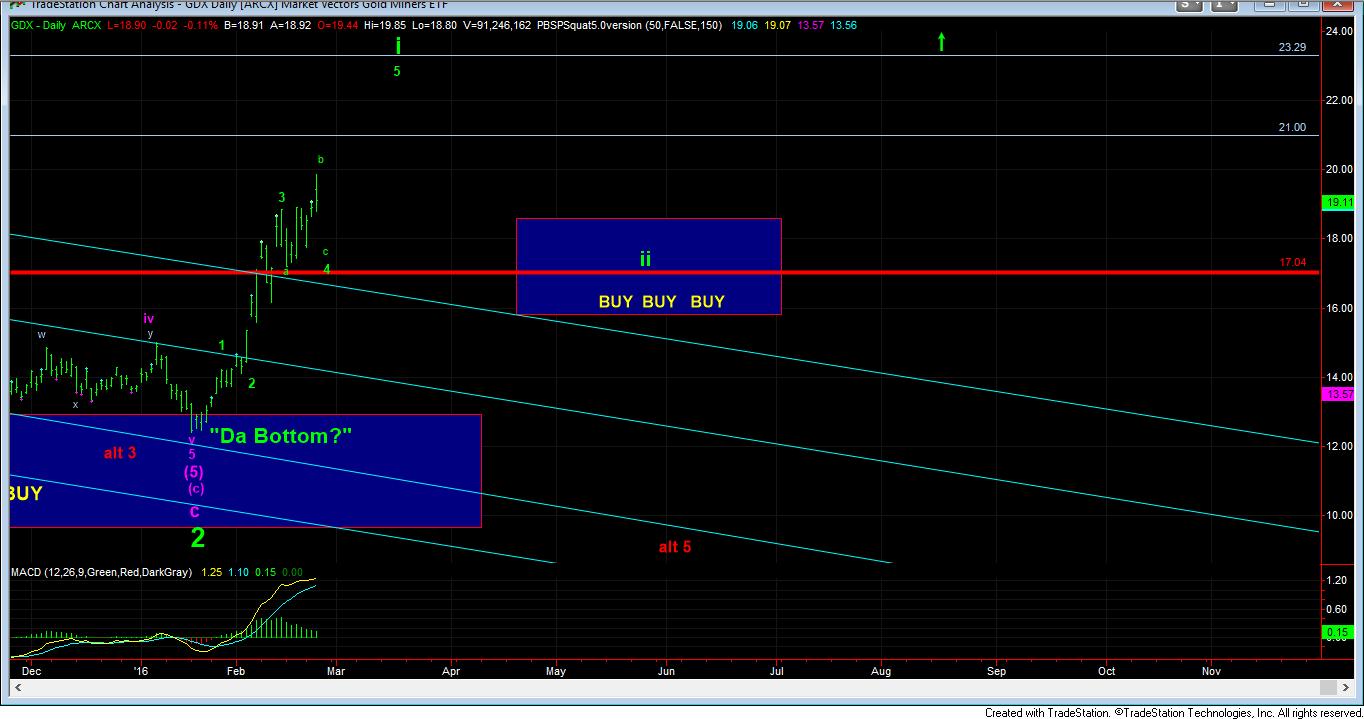 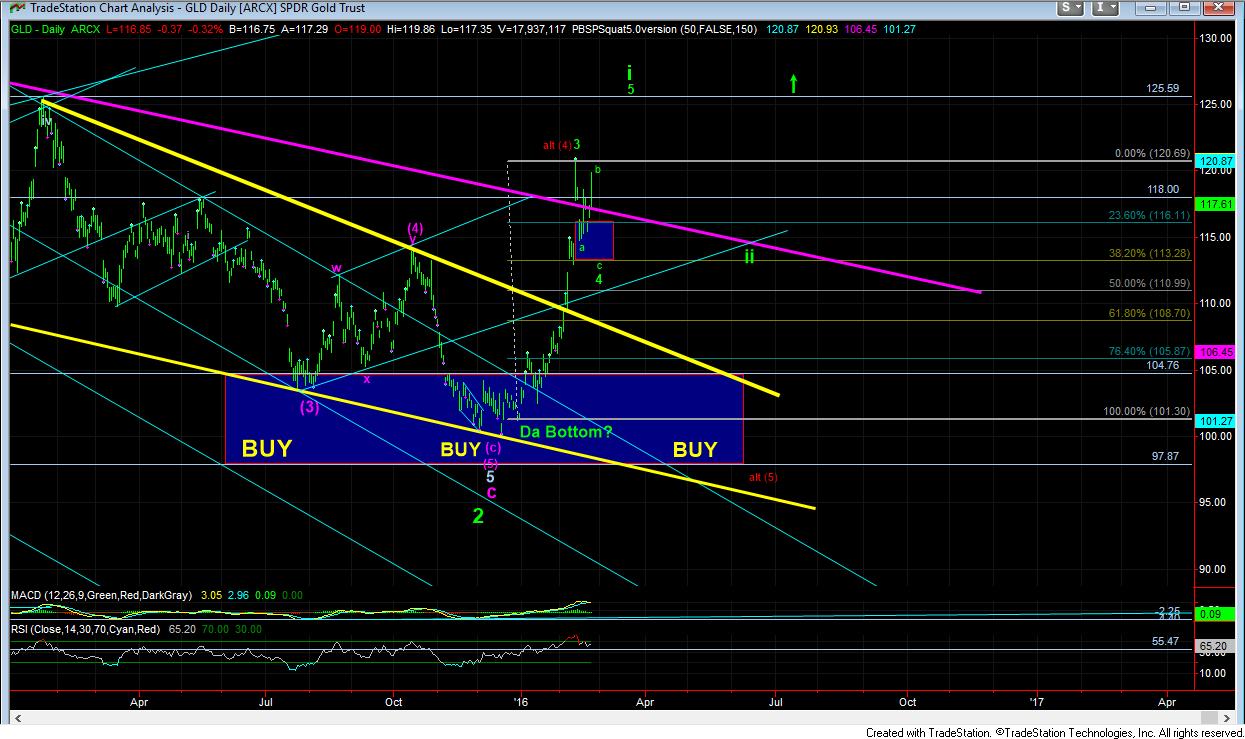 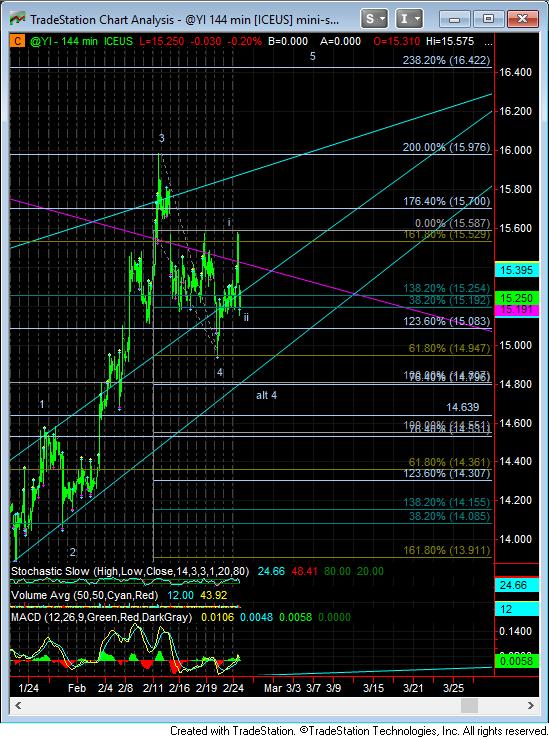