Yes, I know what some of you are thinking.  But, there is nothing in the charts that suggests that I should not be looking for that 5th wave lower, even though it does not show up some of the times.

The best chart to review this entire year has been the silver chart.  And, there is really almost nothing in the silver chart that is suggestive of it having bottomed.  I do not have a completed 5 wave move into the last low, nor do I have anything that even resembles an impulse off that low.  Even though the market attempted to push higher earlier this week, its failure further solidified my current perspective.  This, at least to me, still strongly suggests that we are setting up for a 5th wave down in the complex.

Therefore, there really is not much more I am able to add to the analysis I have now been providing for the last several weeks.  We are looking for a strong signal that this 4th wave rally has concluded and that we have begun a 5th wave lower.  A strong break of 120.30GLD along with a strong break of 17.35 in silver would be the indication that the 5th wave down to complete the c-wave of this 2nd wave pullback is in progress. 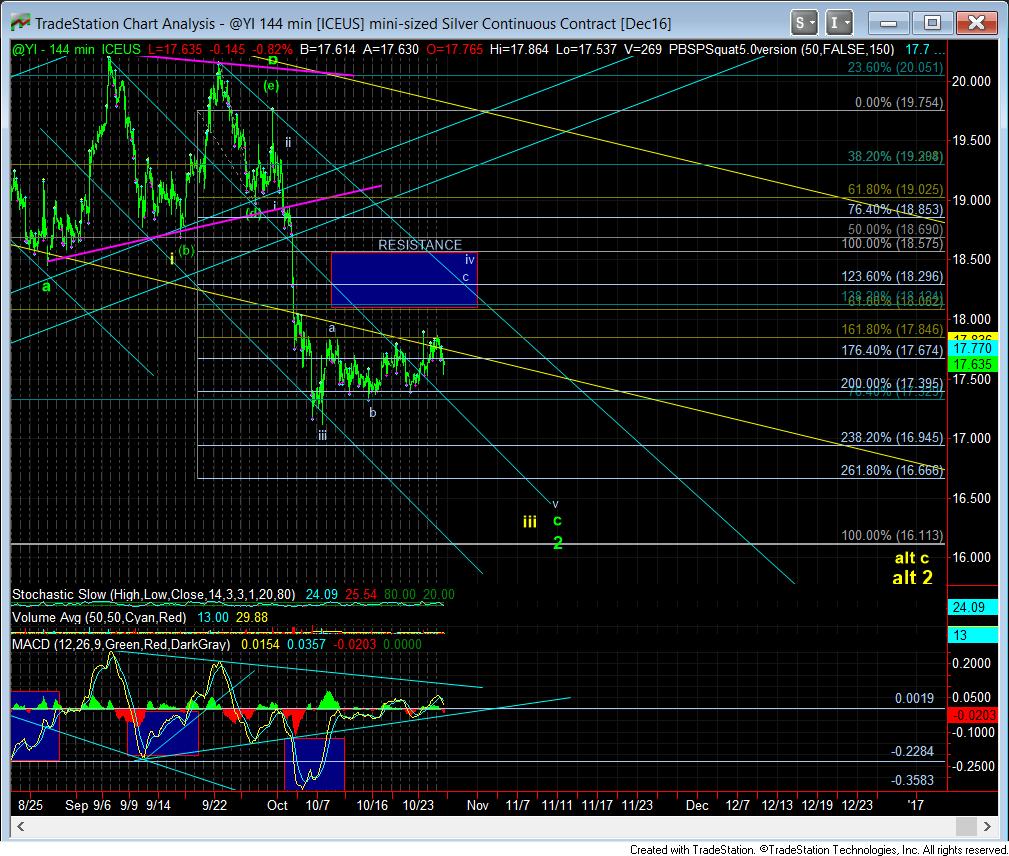