In the U.S. Indices, and particularly in the SPDR S&P 500 ETF (SPY), the vibration window chop has obviously arrived and price action is squeezed between two support/resistance zones.

In metals, it’s no fun to have a position move against you, but in the Bayesian Timing System approach to swing trading we recognize that no one will ever call the exact turning points in markets.

As such, per the guide and our many discussions in the room, we scale into our positions in three tranches.

And day 2 allowed us to get in at better prices in GDX than day 1, and I look forward to deploying the remaining capital to this short today (day 3).

If we are wrong, then losses in relation to recent gains of 40% in GDX are the cost of doing business in today’s volatile markets.

However, if we are correct, then a swift move lower is imminently expected.

As of close on April 22, the resistance in the 32s contained this spike higher.  So even though volatile, there is nothing unexpected (yet).

This signal most likely resolves itself one way or the other before this week is out. If the bearish path asserts itself, then the BTS still sees a swift move down on the horizon with GDX targets as low as 23, if 28 doesn’t hold. 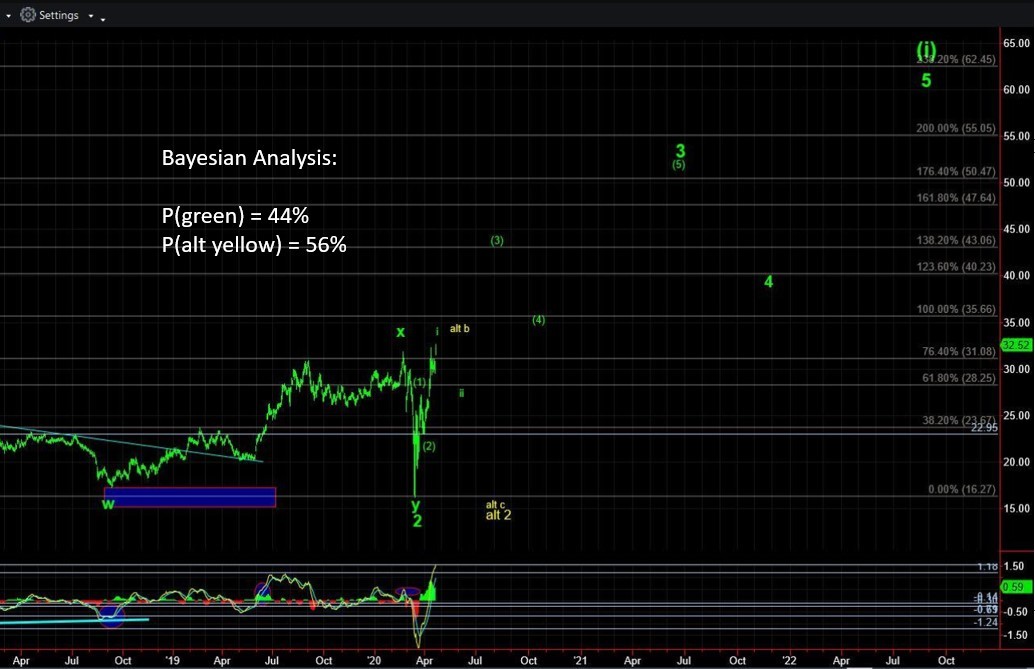 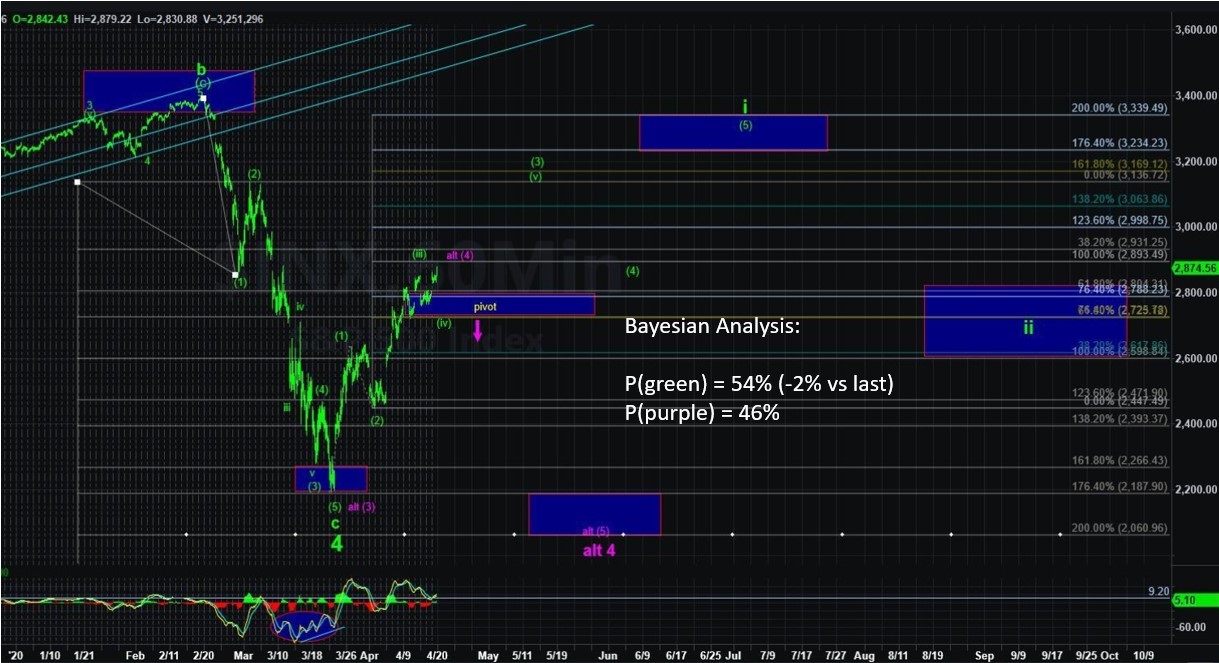 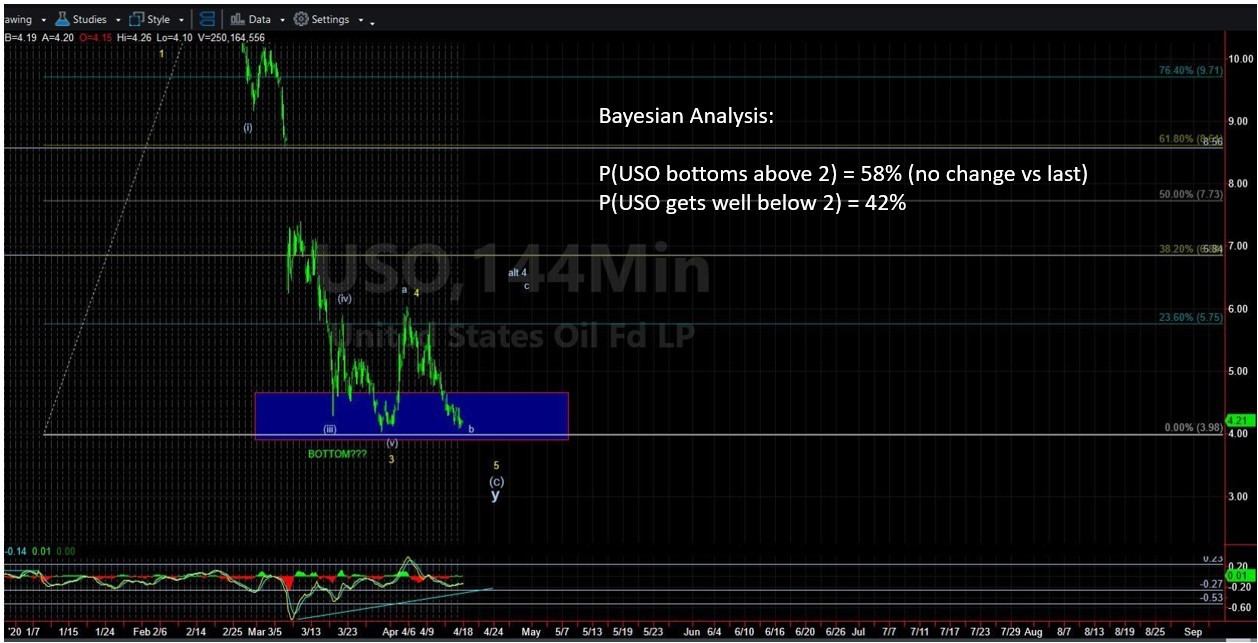