We’re expecting more of the same slow methodical grind this week as the price action and volatility dried up until price action proves otherwise.  We still need to be mindful of mid June-late June weak seasonality as sentiment could change in an instance by price action confirmation/reversal.

If/when below 4225 would be your first confirmation of weakness, adapt accordingly.  For now, last week’s 4hr white line projection remains valid as grind up continues toward around 4300.

Bonus: keep close eyes on RTY as it could outperform as it gets out of its multi-day bull flag. 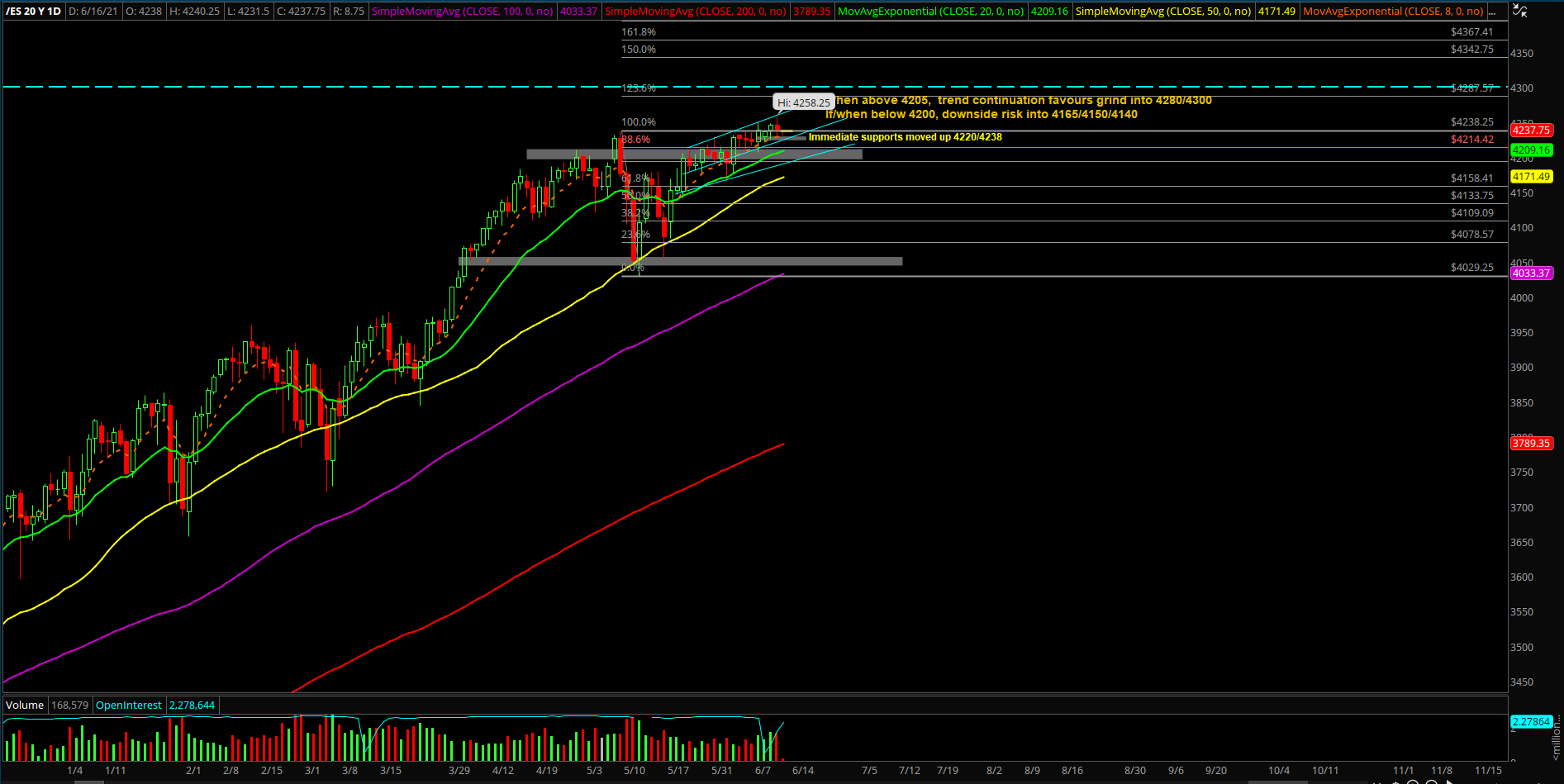 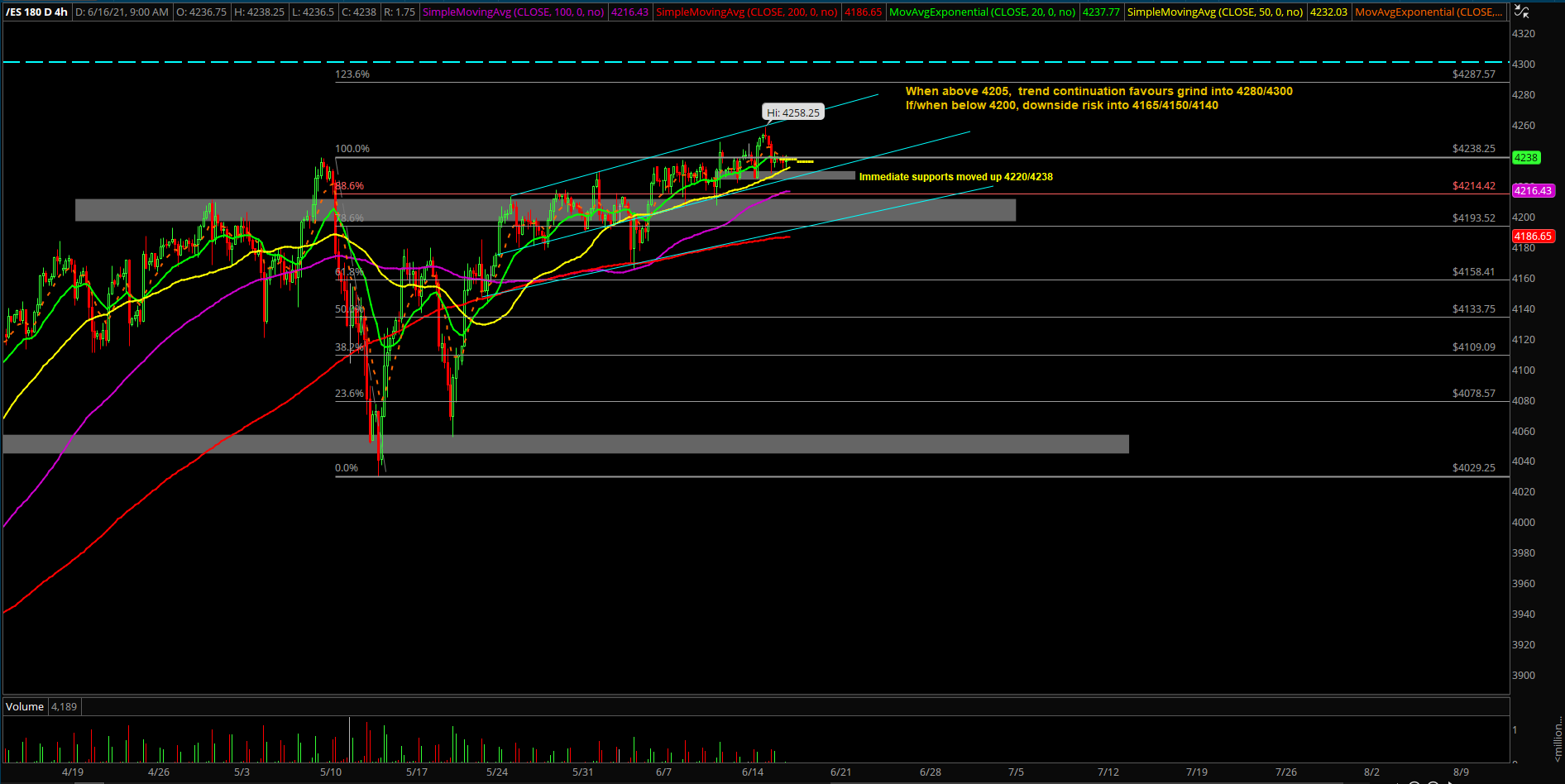 ES JUNE15_REVIEW4_PRO
Ricky Wen is an analyst at ElliottWaveTrader.net, where he writes a nightly market column and hosts the ES Trade Alerts premium subscription service.