Not much has changed on the bigger perspective since the weekend update.  But, there are smaller developments to which I can point this evening.

The GLD chart seems more likely to be completing its 4th wave in the c-wave of wave (2).  In fact, the drop off today’s high seems to be a micro 5 wave structure, which I am counting as wave i of 5 of c of (2).  That means that as long as we remain below today’s high, I am looking for the dreaded lower low to complete this wave (2) pullback in GLD.

As far as silver is concerned, it certainly looks like it is now mired in a micro wave (ii) – as long as we hold over the prior low – which also means that silver can lead gold in the next rally phase.

As far as GDX is concerned, again, it is not terribly clear, and I may be leaning to a bit more retrace, similar to what we could see in GLD.  And, the same applies in ABX. As long as we remain below the 14.50 region, I still think we need to see a wave (ii) pullback.  However, a strong break out through the 14.50 region would likely signal that the bigger wave 1 is likely in progress.

But, these should all be the final machinations before the next rally, which will set up the major break out we have been awaiting for well over a year. 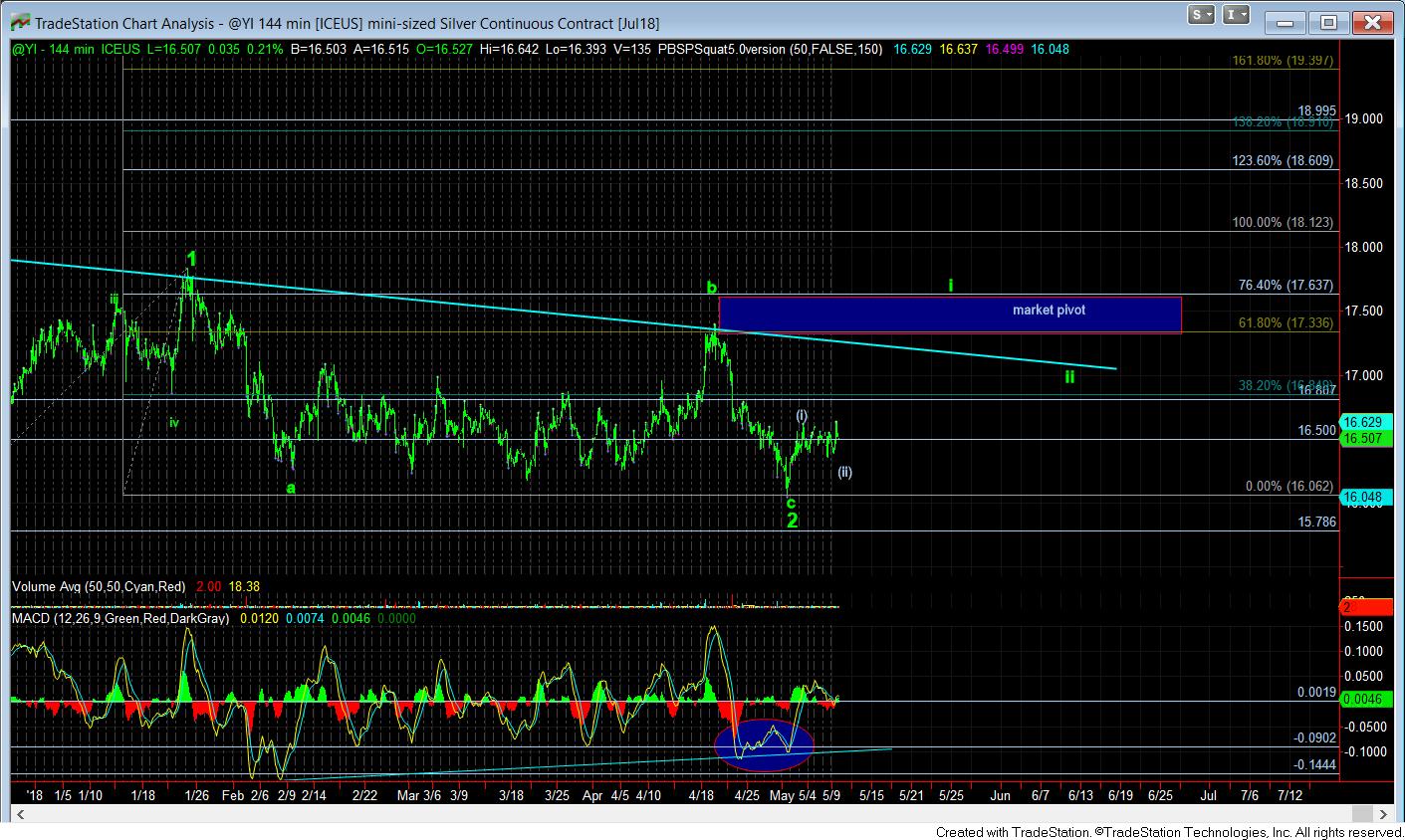