Game Projections:  These two teams are almost identically matched, both in skill and in style of play.  In general, Cleveland will have a better passing game, and Baltimore’s pass defense may not quite be up to the challenge.  The Ravens will have a slight advantage on the ground.  Both teams have an ordinary propensity for penalties and turnovers.  This game is almost too close to call.

Over-Under projection: No definitive over-under information is available for this game. 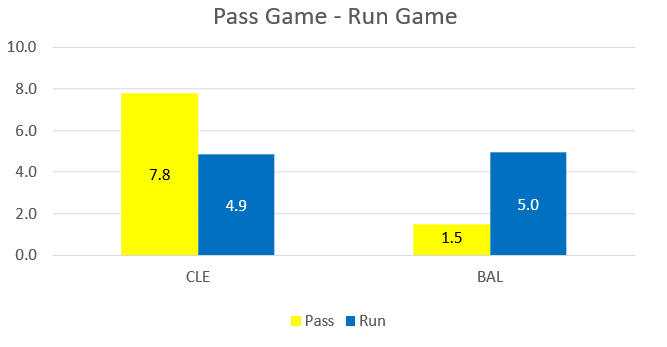 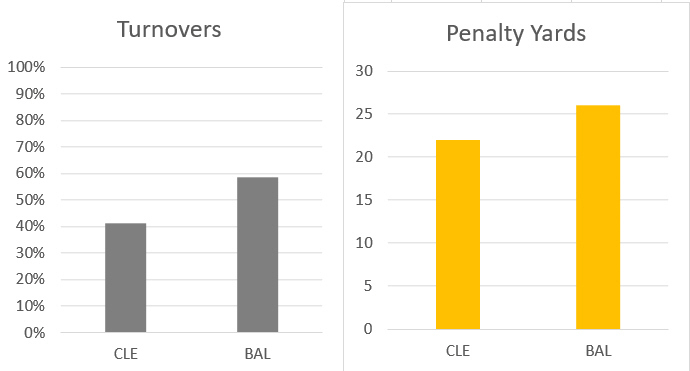 Methodology: The above was based on sentiment analysis of patterns in 8 factors (the same 8 used for MarketMood) found in the team’s public presentation and expression.  The charts were generated from relative amounts of these factors in team sentiment prior to the game.