The Bayesian Probabilities cluster in the 340-343 region proved too much for SPDR S&P 500 ETF (SPY), and a rug-pull of sorts has begun from that region, as indicated in our daily write-up for a week now.

In the metals, there is very little to add, with at least one more down leg on deck and a vibration window appearing for mid-next week.  A Bayesian vibration window is a moment in time that serves as resistance or support in price, usually manifesting as a relative high or low in price.  With GDX continuing in its month-long trading range, action continues to present bearishly into month end.

In oil, the USO has broken down and now a vibration window has appeared for later this week.  This could be an important multi-week/month low setting up, so be on the lookout for a signal change to long.

In the dollar, the UUP is basing near 25ish. UUP is backtesting the important 25-25.1 support region and thus far has held.  Holding it could produce a swift move upward – should know more on this very soon. The BTS still leans towards a “surprise” bounce back up to at least 26.5-27 before this is over. 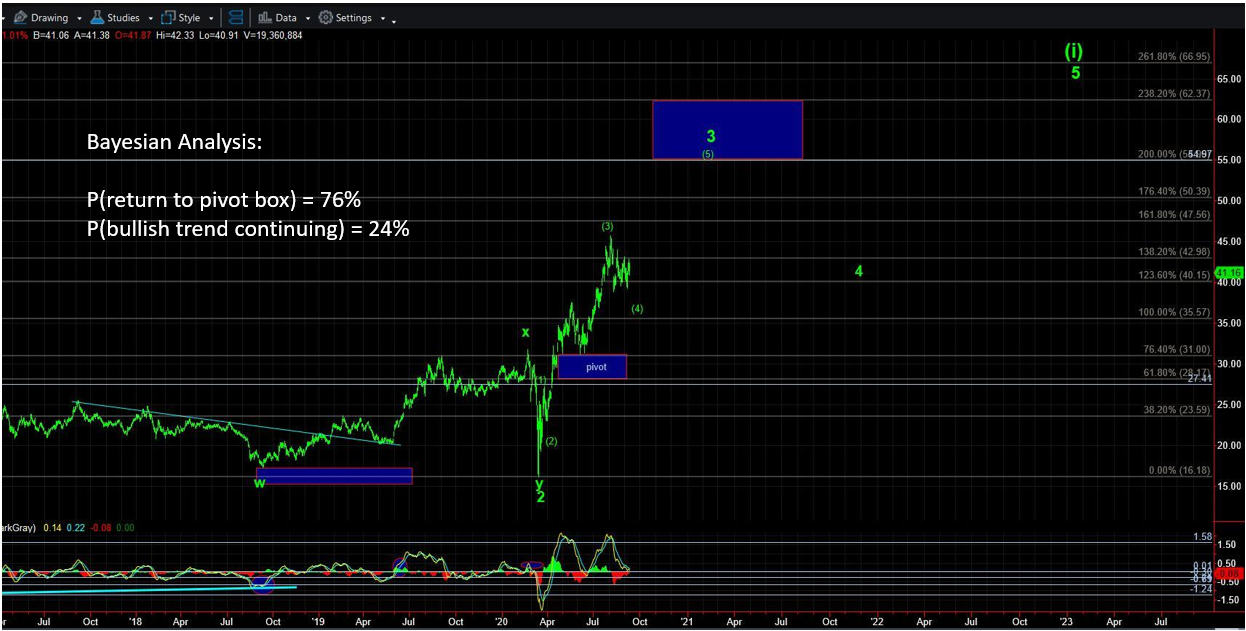