Of further note consider these observations:  (a) The most bearish micro path would be one more attempt at higher as high as 283s (hit on 3/19 with a reaction lower), which would trigger a stronger reversal lower into next week.  (b) A jump event has been detected for this week – for those new to Bayes, a jump event is a strong move detected.  Since first featured on EWT, Bayes has picked up about a handful of jumps and has thus far batted 100% on the “strong” move materializing – and Bayes has gotten 80% correct in terms of the expected direction of the move.  This jump is looking for a strong move lower.  The intraday move on 3/19 shows a jump event potential is near, even though 3/19 didn’t quite qualify as one.

In metals, as expected, the vibration window identified for last week halted the mini-rally off the 3/4 low.  Given this path continues to play out, a retest of the early March lows will most likely occur before the next decision is made.  Not much to trade in this current back and forth; but when this resolves a nice sustainable trend higher should emerge….patience. 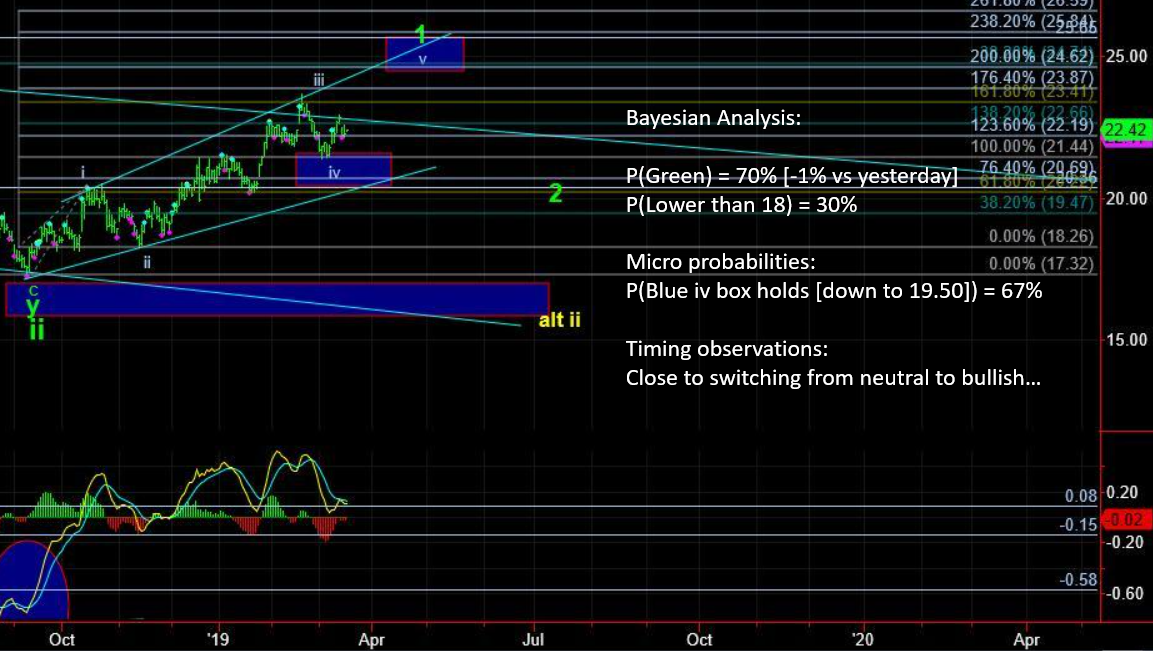