Bottom line:  For our swing set up, if SPY correctively chops around but generally stays above 316, then the next swing generally points higher.

Losing 316 increases the BPs quite quickly in favor of some type of waterfall event for several days to weeks (but more on that if and when price action confirms).

In metals, we are now trading the second day above our important 41s region in the Gold Miners ETF (GDX), and action on July 27 had the feel of bullish capitulation of sorts.  Metal bears have a window here.  Action over the next week or so should have implications for weeks to months to come – as a larger vibration window (VW) in metals is appearing in September and from the looks of it will be an important high or low.

As such, range trading between now and September is the least likely path and either the bulls keep charging or that long-awaited pullback arrives. 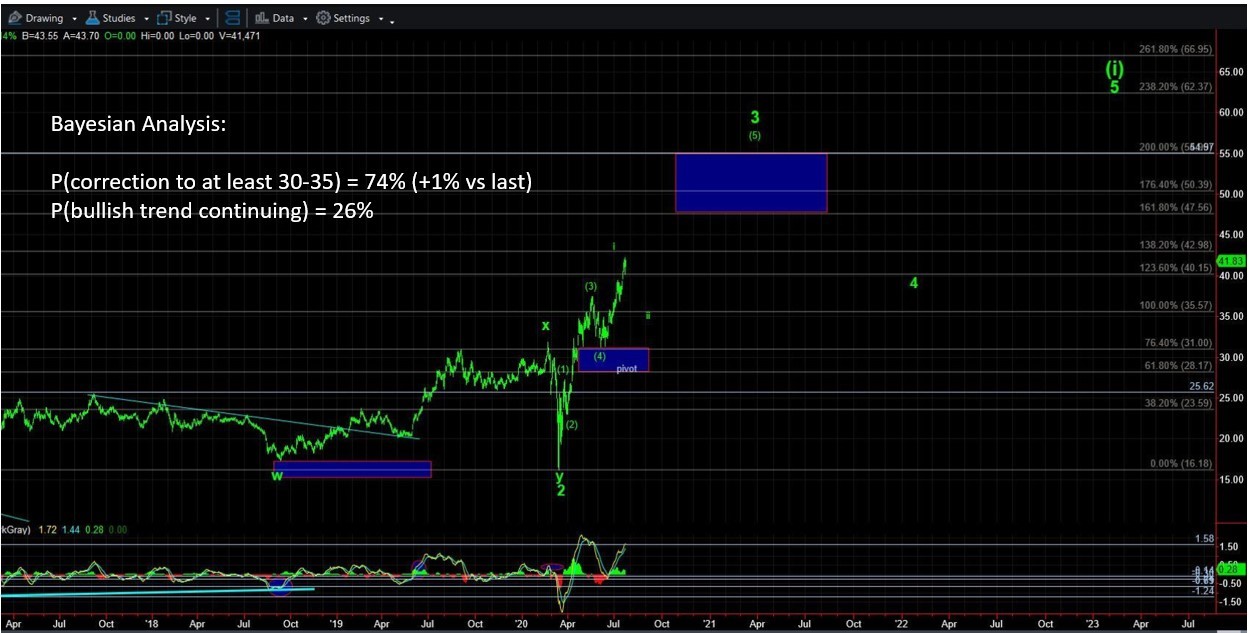