A close above the 311-312s resistance will just about do in, as the Bayesian Timing System can’t hang around forever and hope the bears show up.  May have to do some short trimming and then re-evaluate the set ups – both long and short.

Here are the paths from yesterday:  (1) [Probability=22%] SPY blasts directly higher without even doing a bear body count, (2) [P=40%] SPY struggles in this upper range of the 311-312s and pulls back correctively and then the bullish march continues to ATHs, and (3) [P=38%] SPY turns back down very aggressively and begins that waterfall below 300.

How can we interpret this?  Well, the bulls have obviously been kicking the bears’ ass over the last month and we need to respect reality vs. what the bear set up could/would/should be… given the price action, many things under the surface have turned from bearish to neutral, with even some bullish green shoots.  Bottom line:  We have reached an important Bayesian price cluster resistance region and near the end of the line for bears.

In metals, the GDX has positioned itself to vault higher.  If not, then OML to this multi-month corrective action could be in the cards:  Those that average-in have had great prices to go shopping over the last week since these signals triggered long and should be near break-even as of the close on Nov 14.  We find ourselves in a good position for a multi-week to -month move higher and are positioned/positioning for that potential.

HOWEVER, if this advance is unable to move sustainable higher out of the Nov 11-13 vibration window price range, then we may be put back on the sidelines… just keeping this potential on your radar. We will know more very soon on this one. 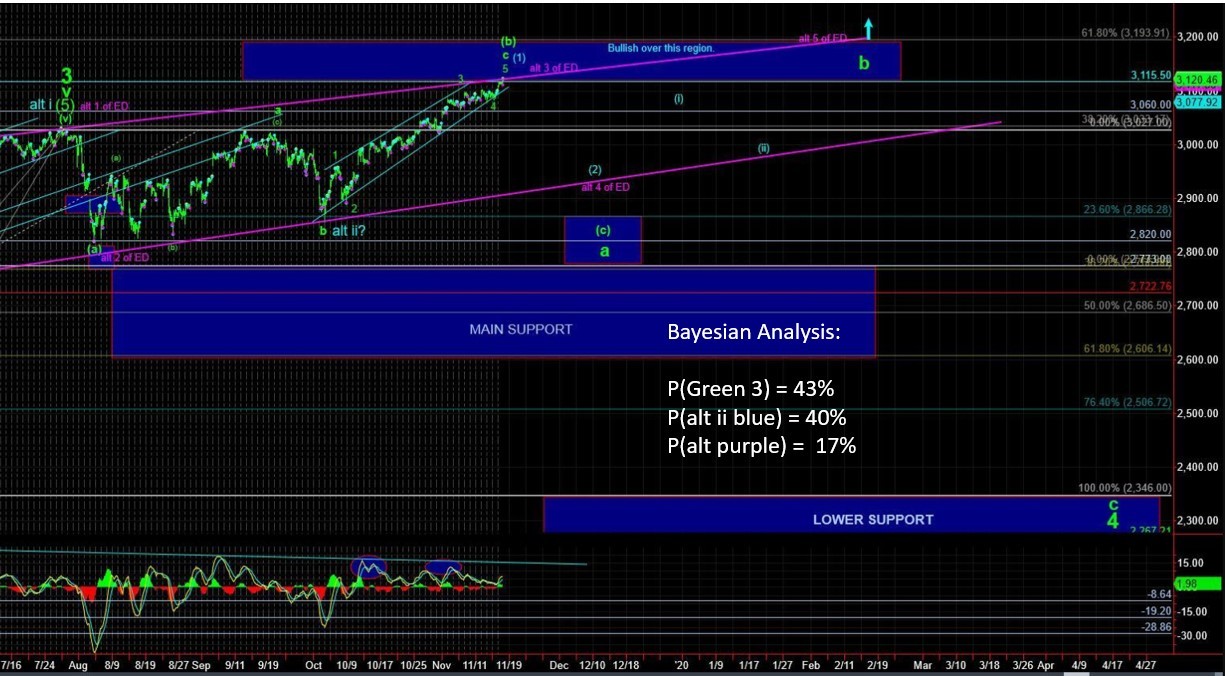