Tuesday’s session was fairly boring, similar to watching paint dry as the market was entirely governed by the overnight range of 2797.75 to 2786.25.

In simplest terms, the market is still following our 4-hour white line projection as seen in the attached charts.

The session's main takeaway was that a corrective pullback/stall is healthy and has been expected like we cautioned a few times this week. Bigger picture is still up as it’s a bull train, so much not has changed.  In essence, the market is merely just taking a breather after the three very bullish days (also known as three white soldiers daily candles) as discussed last night.

Heading into Wednesday and the rest of the week as well as month, the bigger picture perspective remains the same with the BTFD (buy the f'in dip) thesis. As noted a few hours ago, anywhere from 2774-2752 is considered a fairly great BTFD zone back towards 2800 or 2830-2840 higher zone. This only holds true as long as there is no pullback under 2735 because that would be too deep and likely mean something else is playing out. For now, the 4-hour white line projection remains king until price proves otherwise. 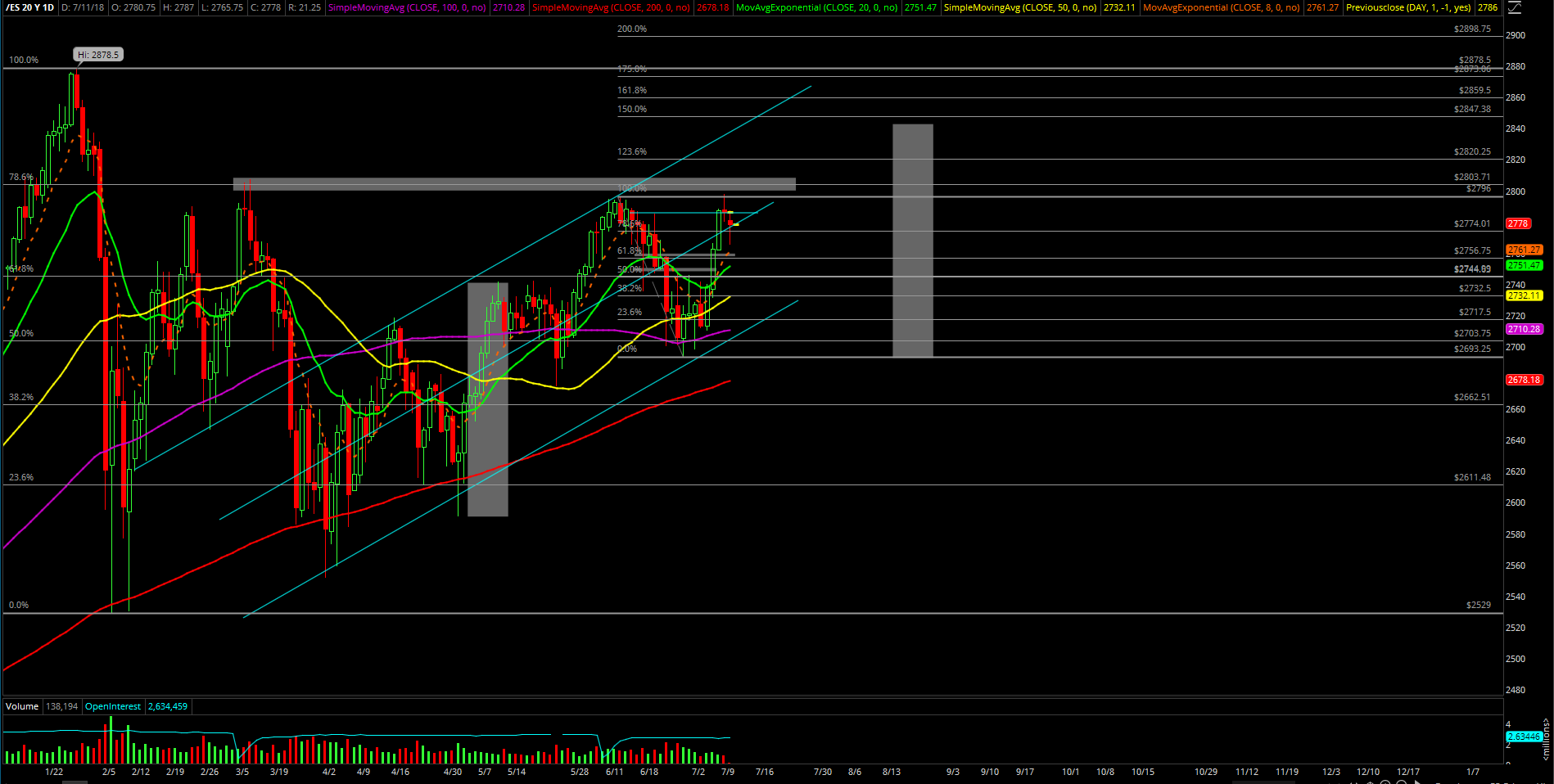 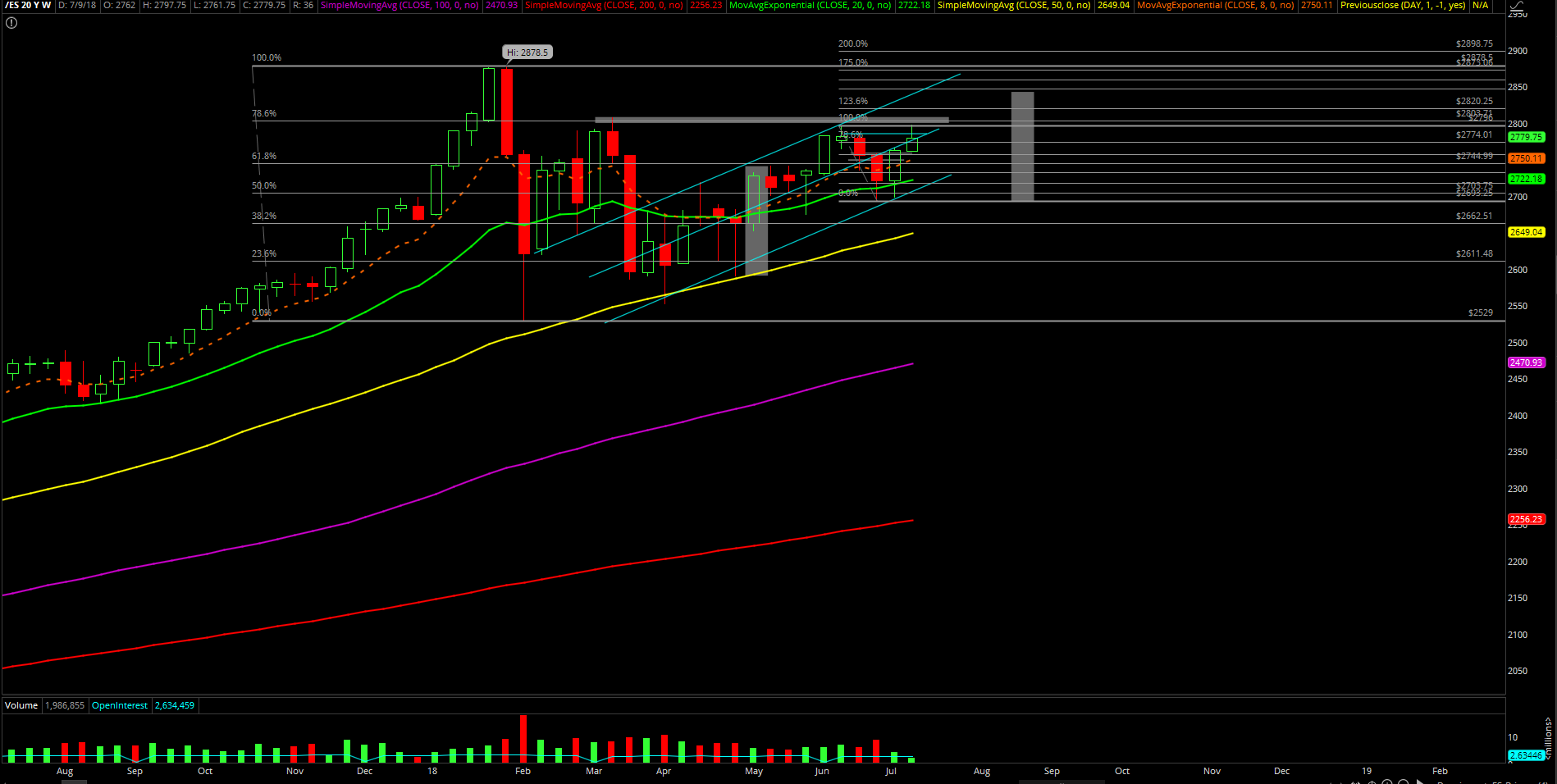 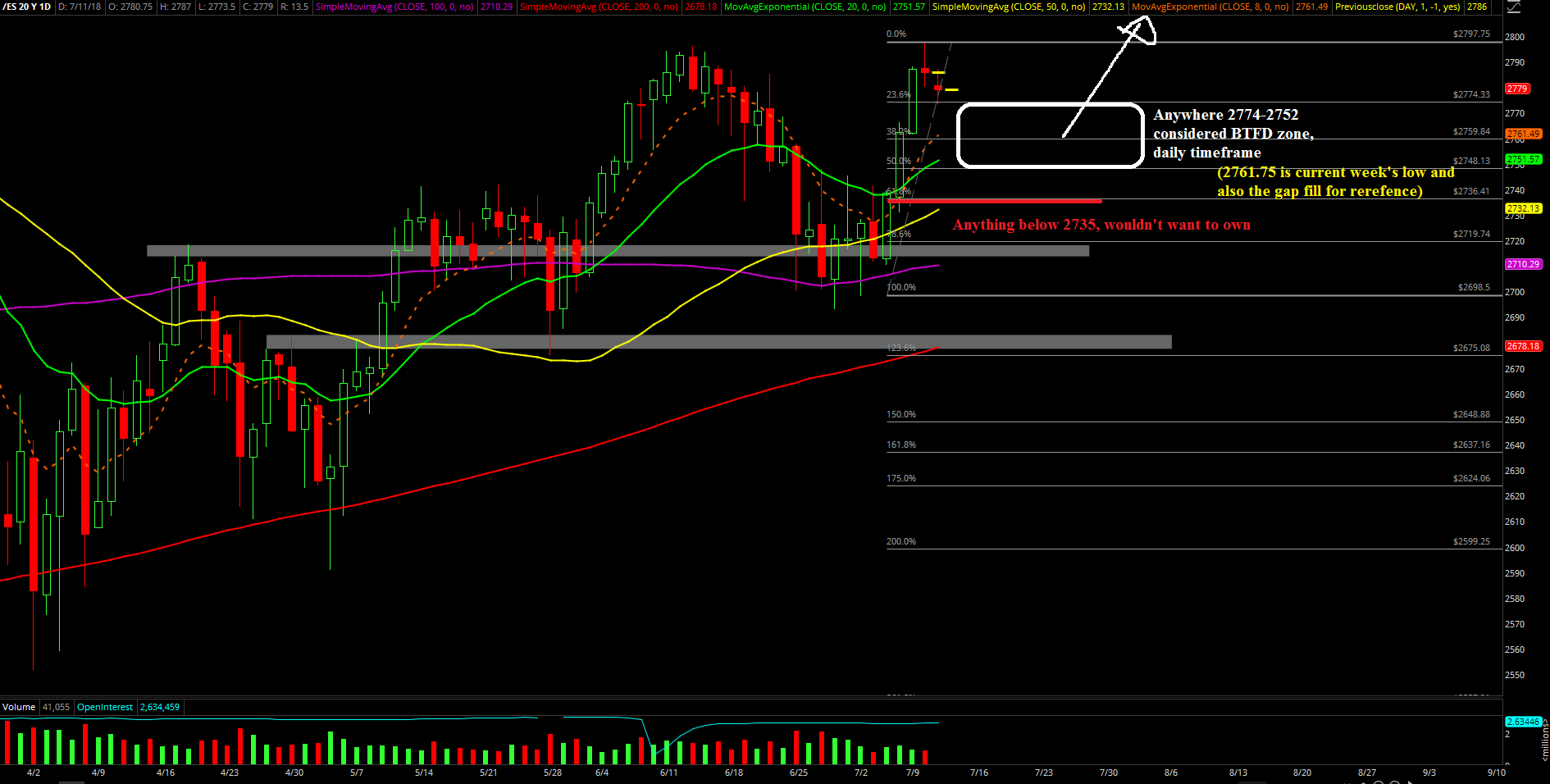 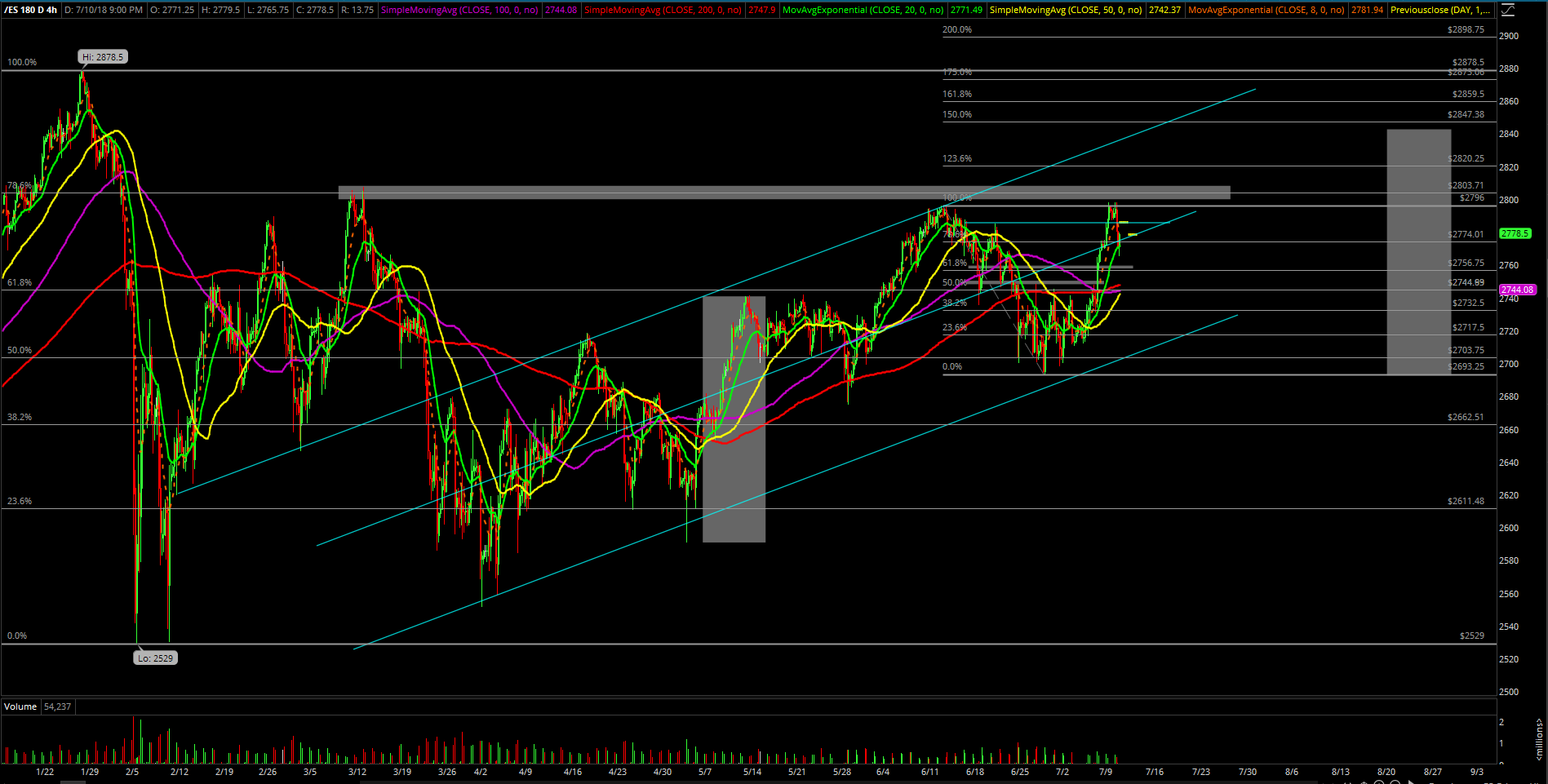 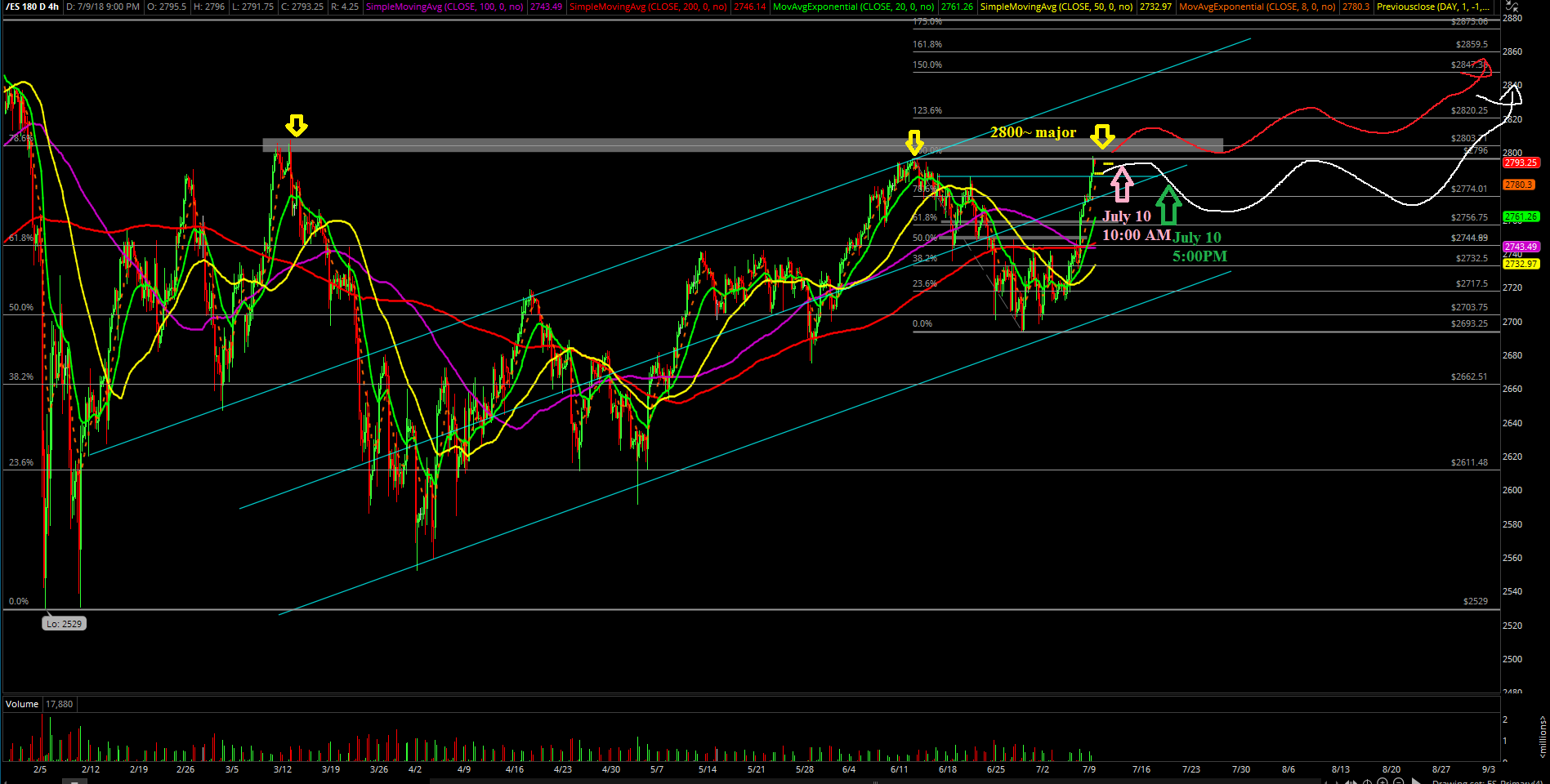 es july10_4hr_pro_2
Ricky Wen is an analyst at ElliottWaveTrader.net, where he writes a nightly market column and hosts the ES Trade Alerts premium subscription service.