The Russell 2000 is trading higher this morning, but still under last week's high, so not too much to add until we see a breakout over that high or breakdown under support even for the most immediately bullish yellow path.

As I noted yesterday, with the move into the 138.2 extension, micro support for the yellow count remains in the 1795-1758 zone, and, as long as that zone holds, the near-term pressure remains up under that yellow path.

Moving over the 1858 level while holding that support zone is the next signal that the yellow path is indeed the operative count. Below that zone would make the most immediate and directly bullish yellow path less likely and shift the odds to the white path. Again that white path would suggest that we need a deeper retrace lower which I have been laying out over the past several weeks.

Under the white count, we should see a deeper wave ((ii)) retrace before breaking directly higher, the retrace zone under this case comes in at the 1715-1640 area below.  After retracing into that zone this would then set up a push back up over the current highs and ultimately into the high 2000s to low 3000s over the course of the next several years as shown on the daily chart. Again I would need to see a break under the 1795-1758 zone followed by a move through the 1736 level to signal that the white count may indeed be the operative path forward.

Also and as noted, I am not fully ruling out the green count which would have this see a deeper retrace for a wave c of larger (2) however at this point in time with these breakouts I think this path is much less likely. Should however we see a sharp drop lower that takes an impulsive form then it would open the door to the green topping count but we still would need to see a break of the 1526 low to give us confirmation of this move and unless and until that were to occur I am still going to give the benefit of the doubt to the white bullish count at this point in time. 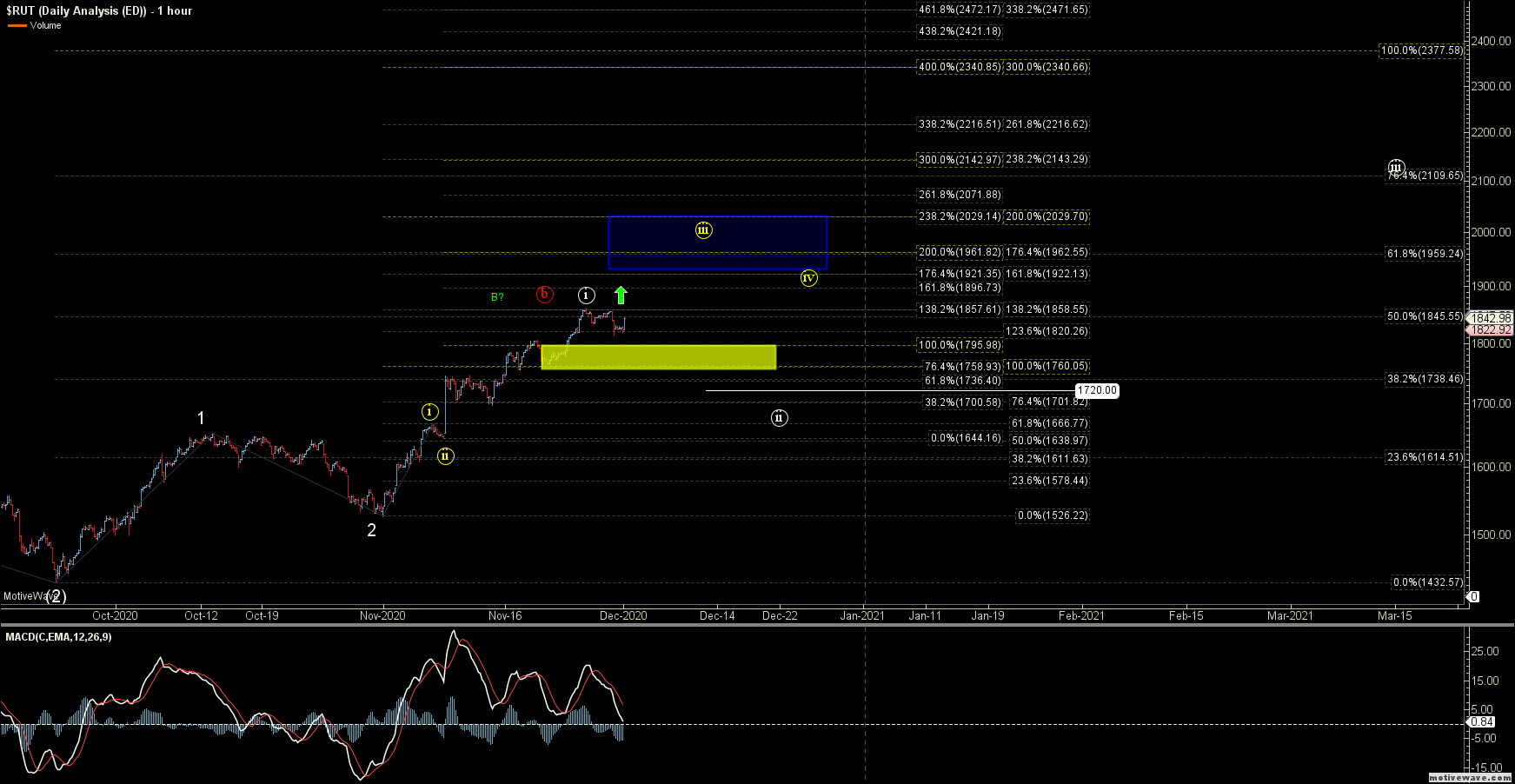 $RUT (1 hour)
Michael Golembesky is a senior analyst at ElliottWaveTrader covering US Indices, the US Dollar, and the VIX. He contributes frequently to Avi's Market Alerts service at EWT while also hosting his own VIX Trading service.