Monday’s session essentially just a range-bound session with a grind-up bias that really started with the Sunday night low of 2774.  The market was able to grind up a bit as RTH opened at around 2784, then proceeded to maintain momentum towards the 2800 magnet but hit an intraday ceiling at 2794 before fading back into the low 2780's to complete the range-bound pattern.

The main takeaway from this session is that the bulls are still doing well as they’ve been holding support and just grinding up. However, they are inching closer and closer towards the March highs that act as a ceiling per our prior KISS report discussions. Typically, every 100 points tend to stall or reject on at least the first try basis and it is looking increasingly the case again for this time around. (We got quite close to 2800 on Monday, for instance.)

As discussed earlier today, the daily chart is showcasing the potential for limited upside and limited downside for the rest of this week. We have the 2800-2807 resistance box as the overall range high derived from the March highs, and have the prior Friday low at 2755 and Sunday night low at 2774 as the overall support box now. If the market decides to do a even tighter consolidation, then it could be 2774 as the floor and 2800 as the temporary ceiling.

The daily chart closed at 2786 and the market went up about 3 points since Friday’s close as it couldn’t sustain above the intraday 2790's mark due to being in a rather tight boring range-bound session. Heading into Tuesday and the rest of the week, the market is in a scenario where we just call it as a "stallfest/shakefest" within a pre-determined range.

Traders should be extra cautious and nimble as there’s not much meat left on the micro on the upside and not much meat or enough conviction to play the downside. Also, as discussed earlier Monday, we should have a lot of random news events with the summit that’s going on in Singapore along with midweek FOMC day.  The market could be dominated with these exogenous events while having a rather limited range given the overall setup at the moment.

For now, traders should consider utilizing a "less is more" trading strategy and look to play only versus important intraday levels that match up with the overall range for opportunities. Otherwise, it seems like a good old "shakefest" with not much meat on the table that’s just not worth the effort compared to the past few weeks. Best idea would be to focus mainly in the morning RTH hours as there should be at least a good scalp opportunity if the range isn’t too tight.

Concise version with levels: the immediate micro trending supports moved up a little bit to Sunday night's low of 2774 and then 2780. Bigger range is Friday’s 2755 low with 2765 as midpoint level. Resistance box remains the same with 2800/2807 as March highs. 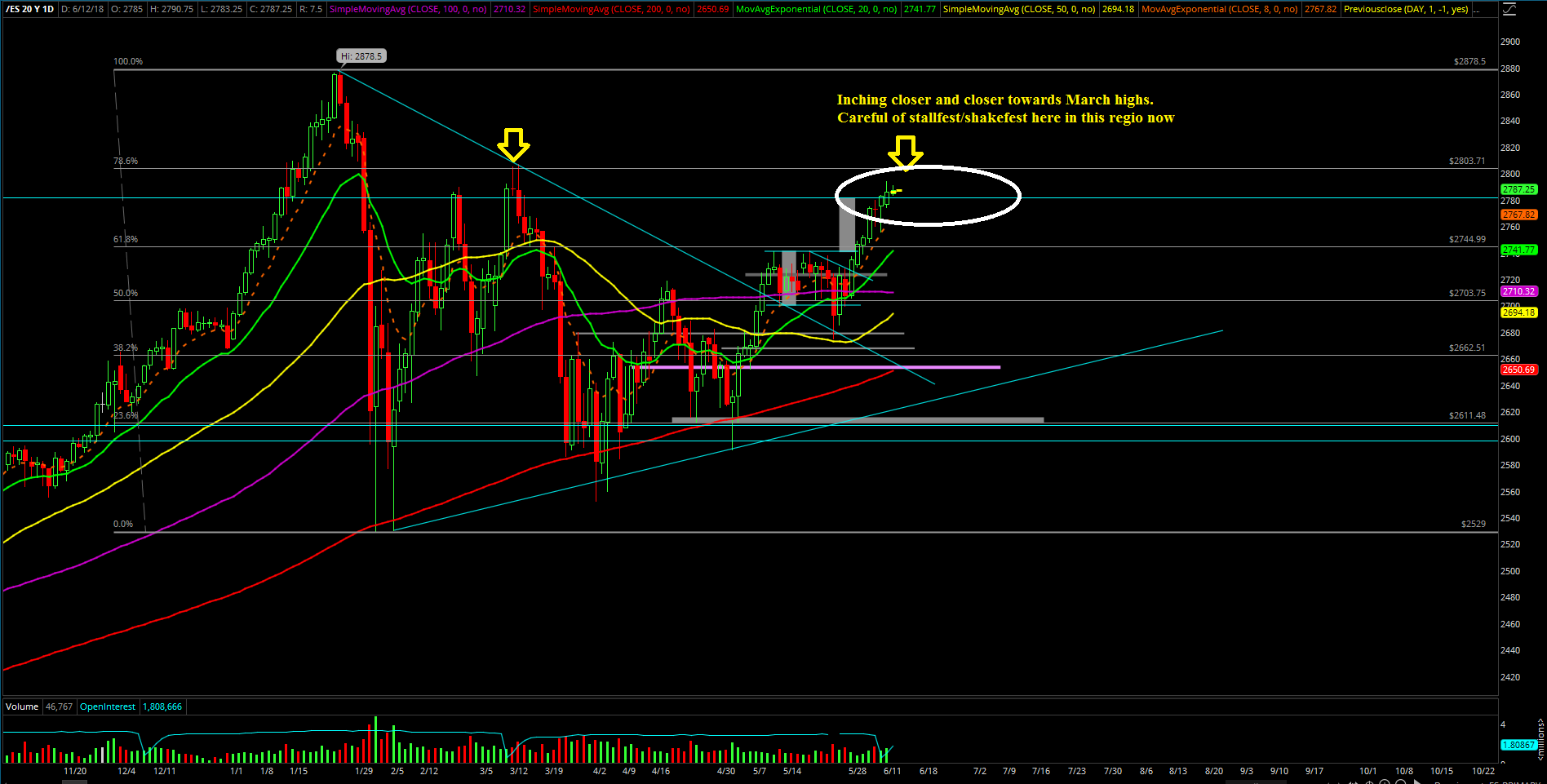 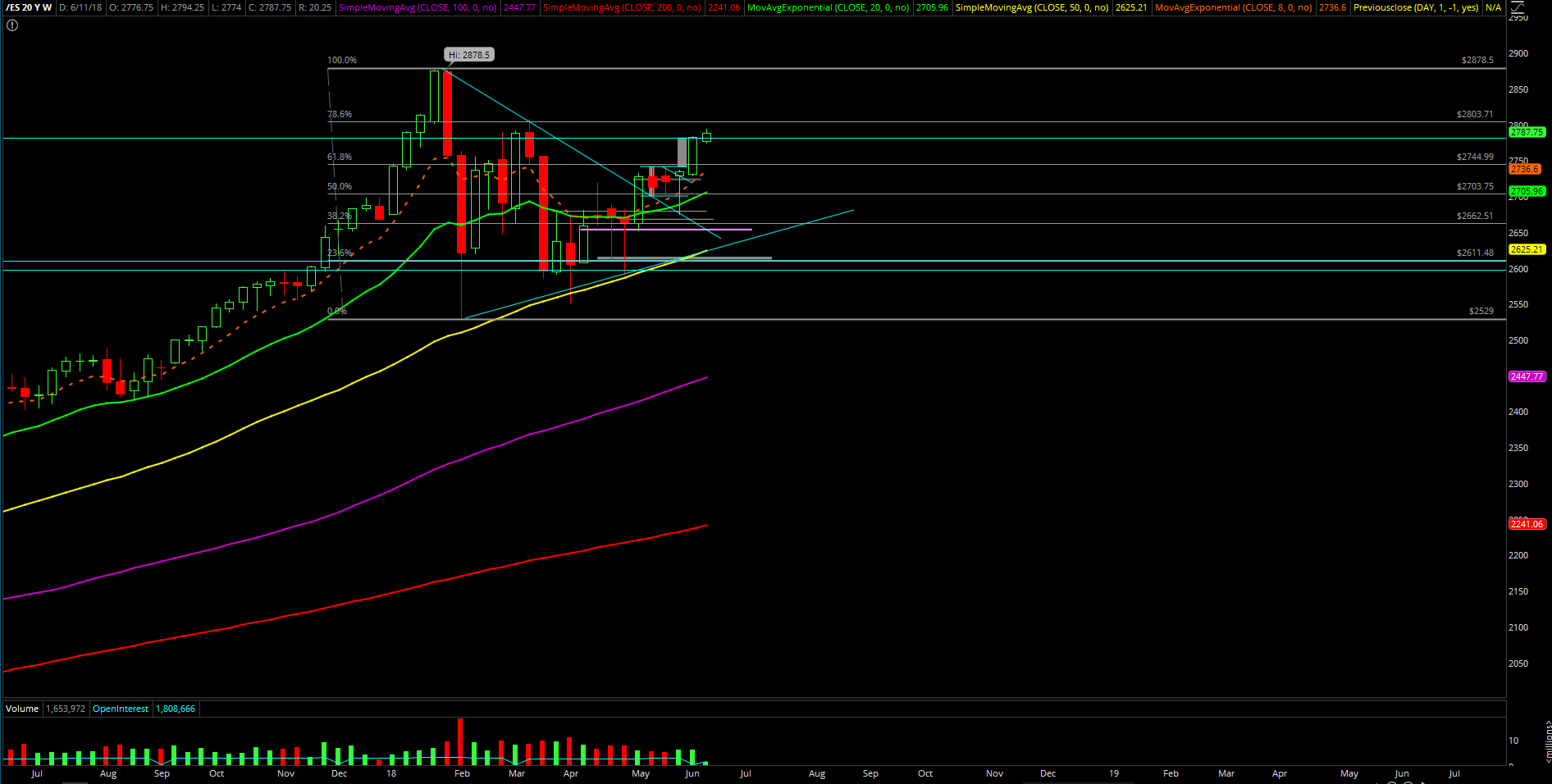 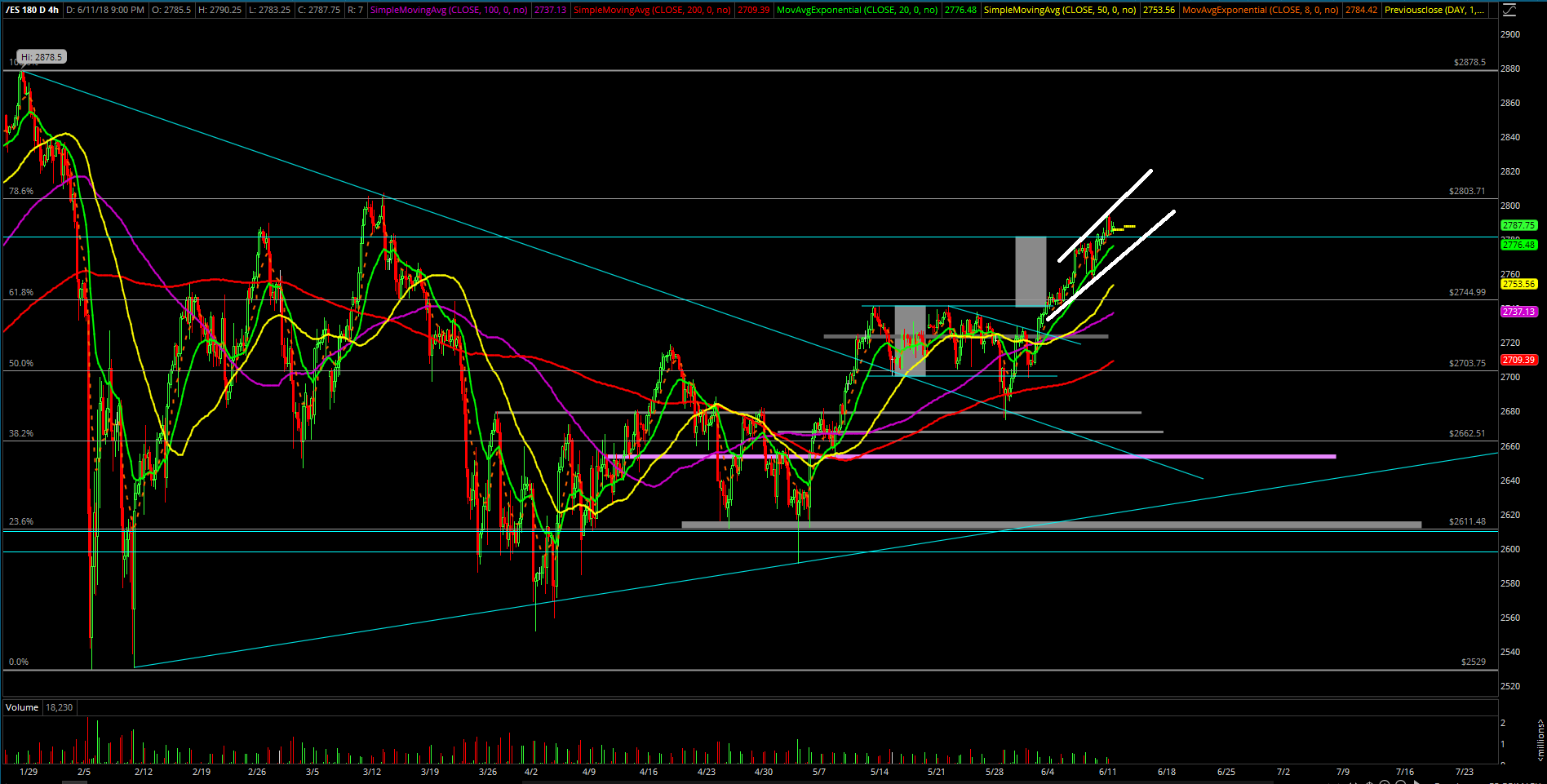 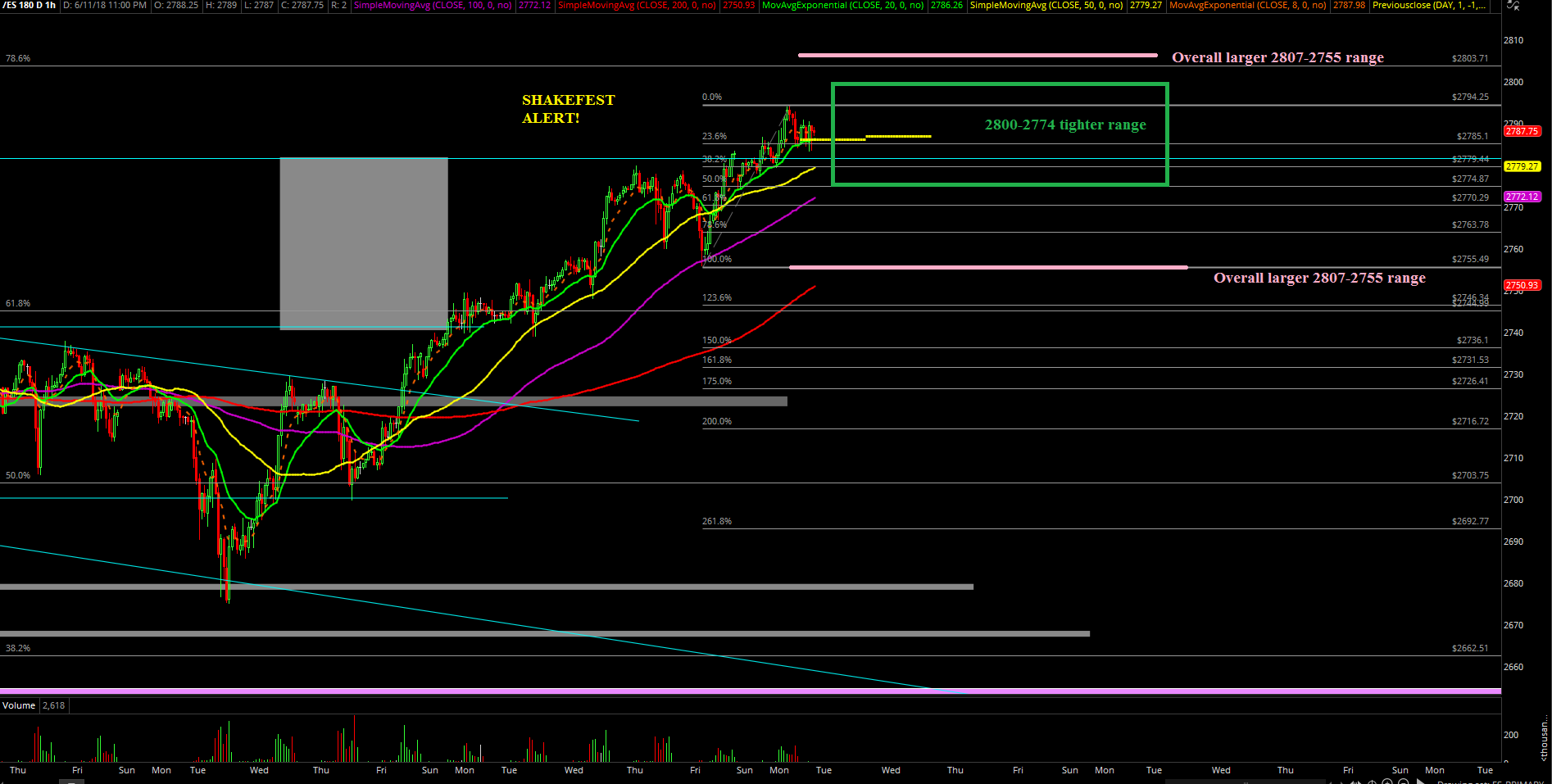 es june11review4
Ricky Wen is an analyst at ElliottWaveTrader.net, where he writes a nightly market column and hosts the ES Trade Alerts premium subscription service.