The challenging thing is that we have three valid paths for this 5th of (5) of P.3 into a very significant top. IF we were going to get more of a circle ii after the "LD" it should have gotten that ii from the 2850 region, but technically that would still be valid to get a ii now. Most other charts seem to have flipped over pivots to be further along either in the orange ED or something similar to the green "Alt 6". While there is risk of the red path completing all of P.3 sooner; so many charts from StockWaves (ind names and sectors) argue for higher well into 2019... Perhaps a little more inline w/ green "Alt 6" , but I am would rather examine each chart on its own merits and from a more conservative angle. So I will continue to identify multiple support levels that differentiate between those paths and the next likely targets to be reached should the higher supports hold.

As mentioned earlier this morning ES & NQ can still count as micro 4 in the iii of (c) off the Aug lows (inside the orange path) SPX came a little too deep and might count better as micro B of iii (blue). Both variants are set for another push inside the iii of (c) toward 2940s. Even though the "Alt 6" allows for a bit more retrace here and targets well beyond that it is prudent to trade based on the more muted potential. 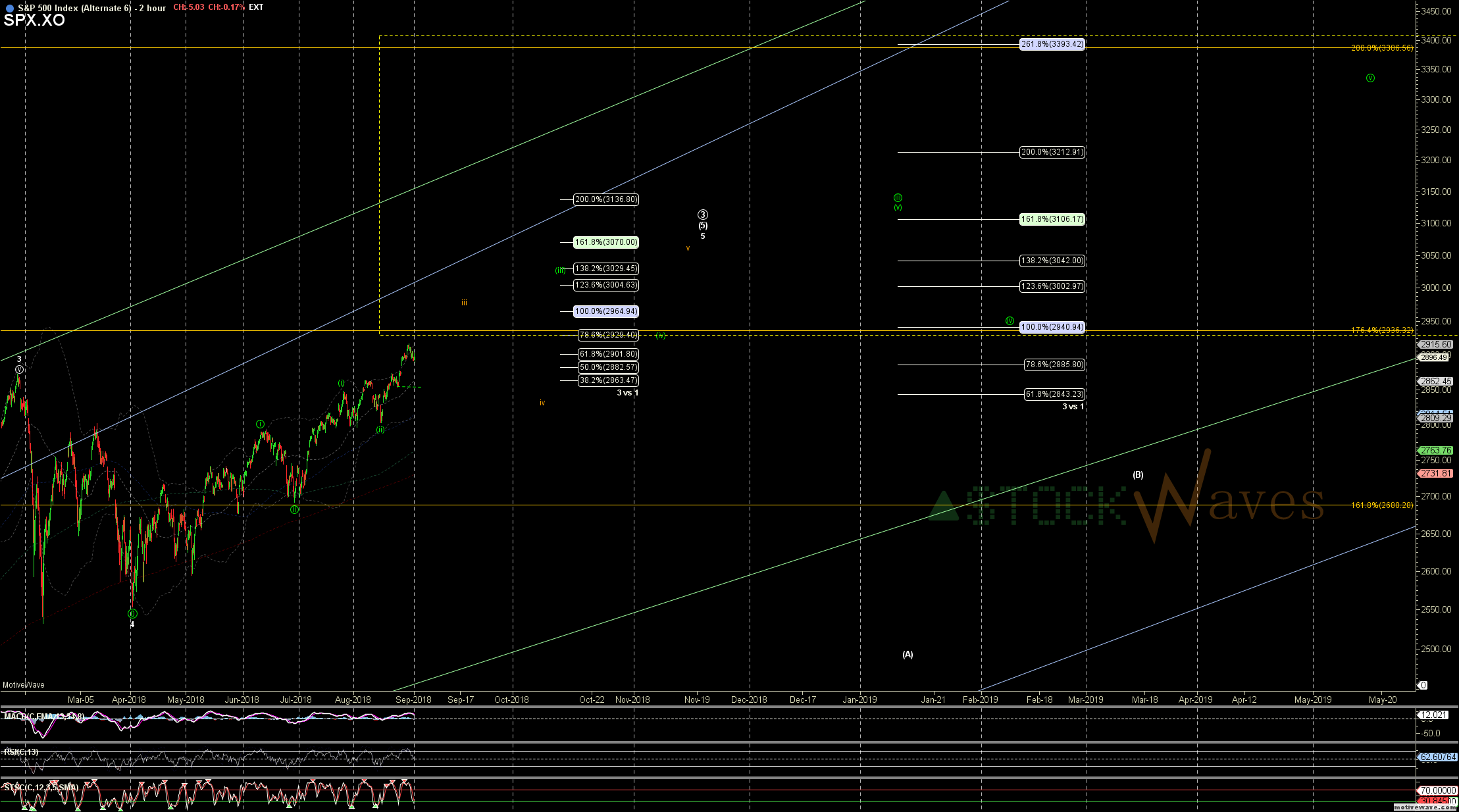 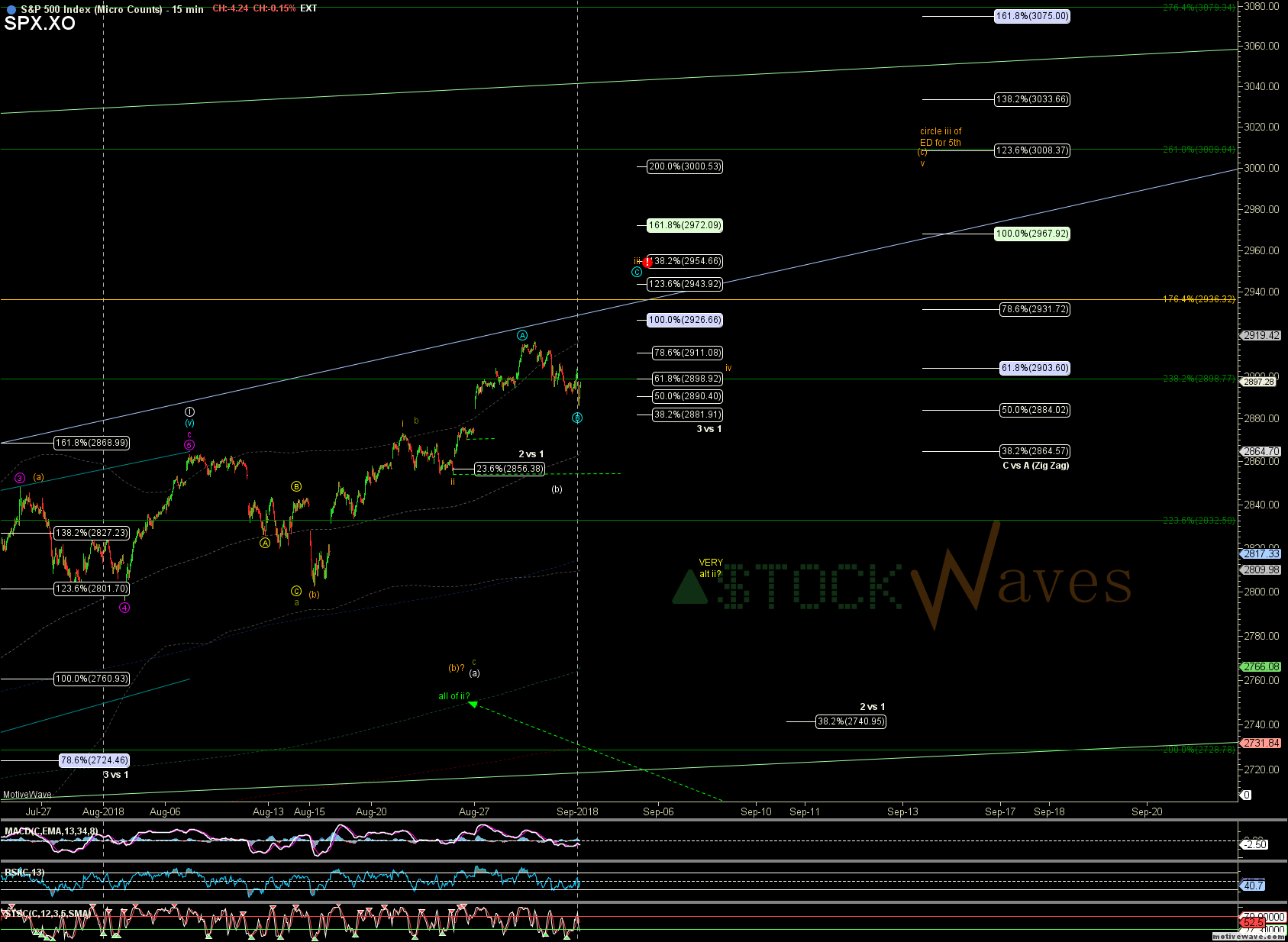 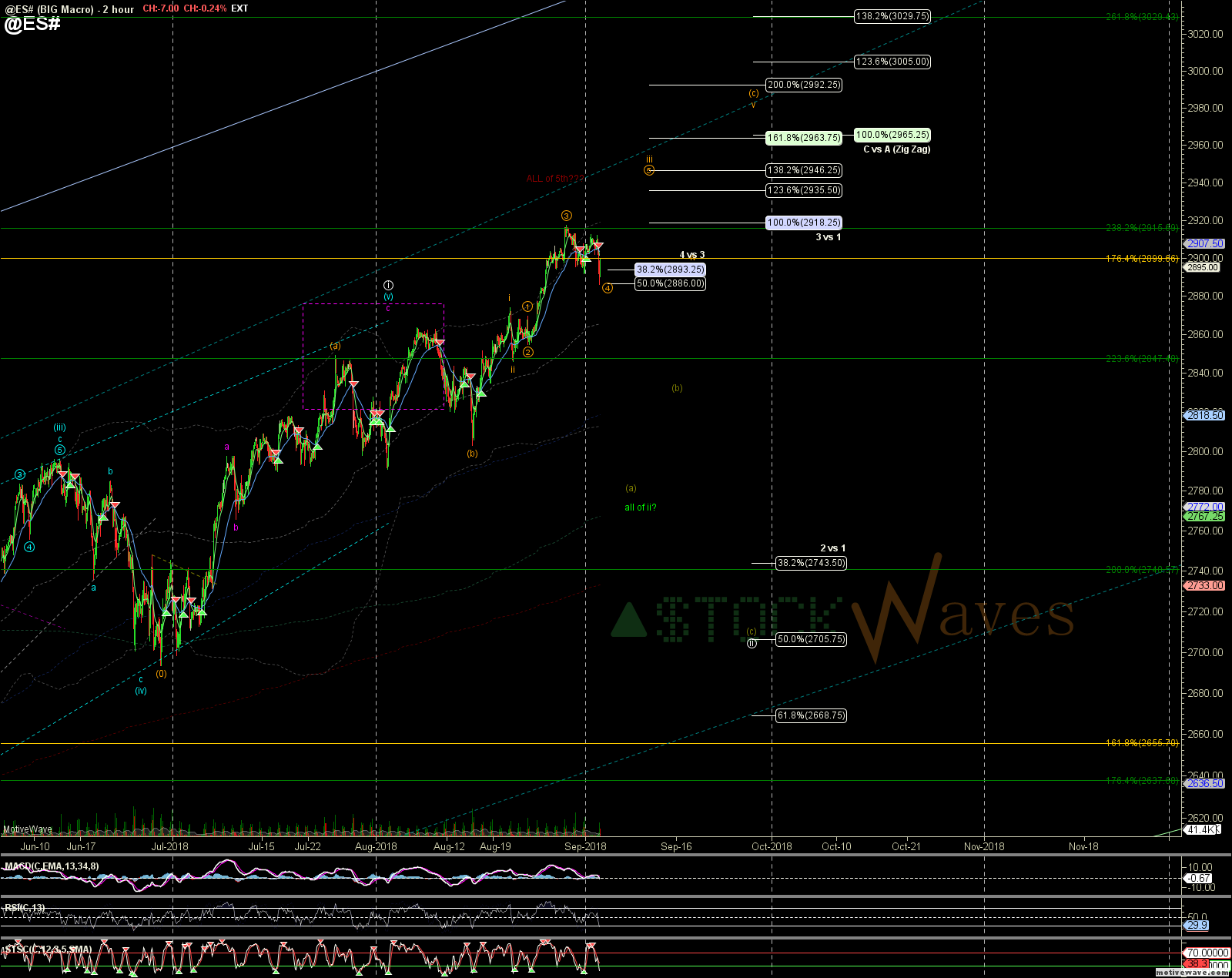 @ES# - BIG Macro - Sep-04 1032 AM (2 hour)
Zac Mannes is a senior analyst at ElliottWaveTrader.net and co-host of the site's Stock Waves service, which provides wave alerts and trade set-ups on individual stocks.