The jury is still out on whether the current signal is more like March of 2020 or November-December of 2018 (or something altogether different).  The long term trend indicator (LTTI) is signaling that a low is likely in and is now calling the long term trend "early bullish."  The MM Trend Trader and its indication of intermediate trend is still seeing the overall trend as bearish and the current rally a temporary bounce.  On the swing level, the MM MACD sees the trend as bullish and likes a long swing trade, as long as the market remains above 4207 SPX.

What we can say for sure, is that this combination of major low and local high in the same time range, which is due to a sharp drop in both sentiment and market followed by an overbought market in a very narrow space of time, has been associated with the last two major market bottoms.  Perhaps we can look forward to this being a new indicator of major market lows, heralding a major bottoming in the current range of Feb. 22- Mar. 21 with a low either already in, just around the corner, or worst case, coming soon in conjunction with a follow-up signal.

Attached for reference is our longer term MMI vs. S&P chart with the LTTI below it. 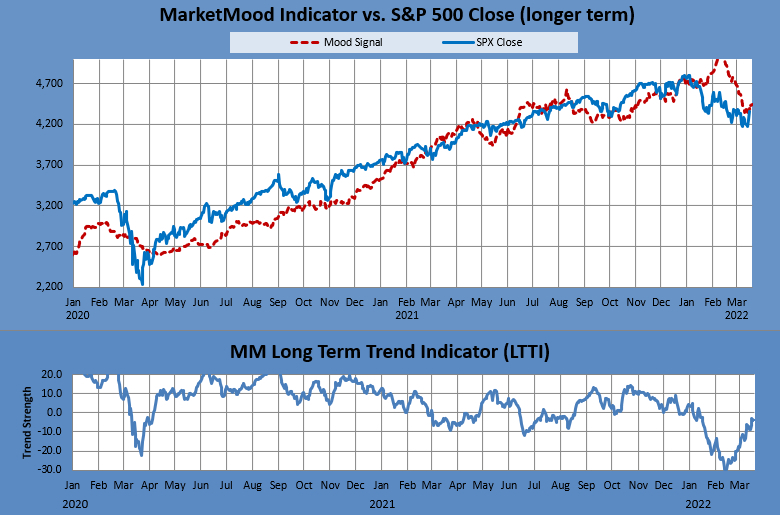