The expected vibration window volatility (moment in time that serves as resistance or support in price) over the last week wasn’t unexpected with the S&P 500 ETF thrashing around in the 3200-3300s.

Now that we are coming to an end of the vibration window, a trend should emerge off of the relative highs and lows during this time frame.

As the signal is still short, action should key off the vibration window relative high set on 10/6 from the SPY 340-343 resistance band.

Notes:  Consider cash as a position, be patient, don’t get FOMO, and be on the lookout for a risk-off move this quarter.

In metals, GDX hasn’t been able to clear its vibration window resistance from last week and has begun its next leg lower most likely from the high struck on 10/6.  Another leg lower targeting 35 remains on deck (below that is 30).

In oil, the USO chops around in its 28s resistance region, yet again, on what looks like a bear market mini-rally over the last two days.  The signal went to short near the high of the day on 10/6 with targets near $25 or even sub-$20.

In the dollar, the UUP has based in the 25s, plus it has put in at least one higher low from the 9/1 bottom.  Bayesian Probability resistance clusters reside at the whole numbers of 26 and 27.  Above the 27s and things could get really bullish for DXY. 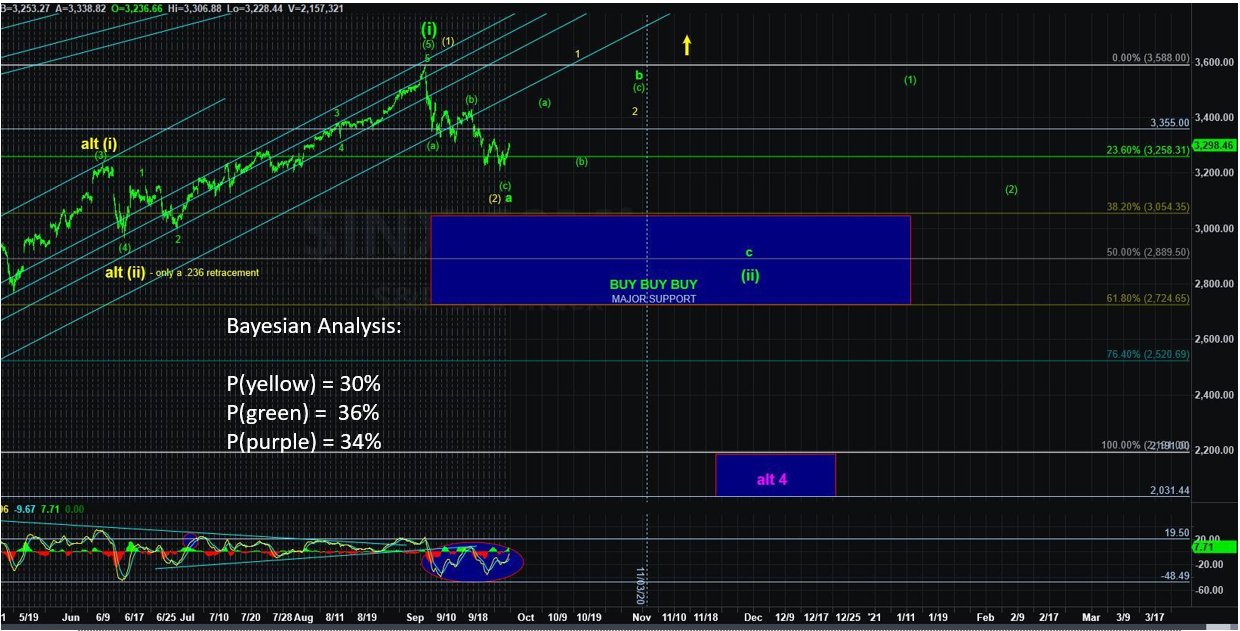