While we are still not "confirmed" in wave ii, we are as close as we are going to come to be sure we are in wave ii without actually breaking the last supports which would confirm wave ii is in progress.

As you can see from the 3 attached charts, we are right on the edge of the break down needed to see in GLD, GDX and silver to confirm that we are in wave ii, or even headed to a lower low, which is much more possible in silver than the other two charts.

Silver will have to break down below 15.17 next, while GDX must break 18.86 to confirm we are in wave ii.  While GLD invalidated the potential (i)(ii) bullish set up I noted over the weekend, it too can substantiate another set up to higher highs, but which is not as immediate a set up as potentially possible in the GDX.

For now, I think it is most probable that we are in wave ii in GLD and GDX, whereas silver has a 50/50 potential in seeing lower lows.  This is why I noted that I was shorting silver yesterday right when we were at the highs of the day.  And, I will maintain my stop on that short just over the high of the day yesterday at 16.05.  I will lower that stop should we continue lower in the coming week or two.

If the market is going to provide us with a wave ii consolidation, I have outlined what it may look like in the GDX daily chart.  Remember, when metals pullback, they usually do not pull back terribly deeply, which is why I noted earlier today that a break below the .618 retracement would be more suggestive of the market potentially targeting lower lows.  So, as long as we maintain over the .500 retracement levels on the charts, I am going to maintain a wave ii count as my primary count.

Should we see the metals develop a micro impulsive structure to the upside before we drop deeper, it will be put me on "bullish notice," and if we see follow through over yesterday's highs, then I will probably send out a "bullish rant."   Until such time that I see such bullish action, I am going to expect this wave ii to take several weeks, or even several months before it completes. 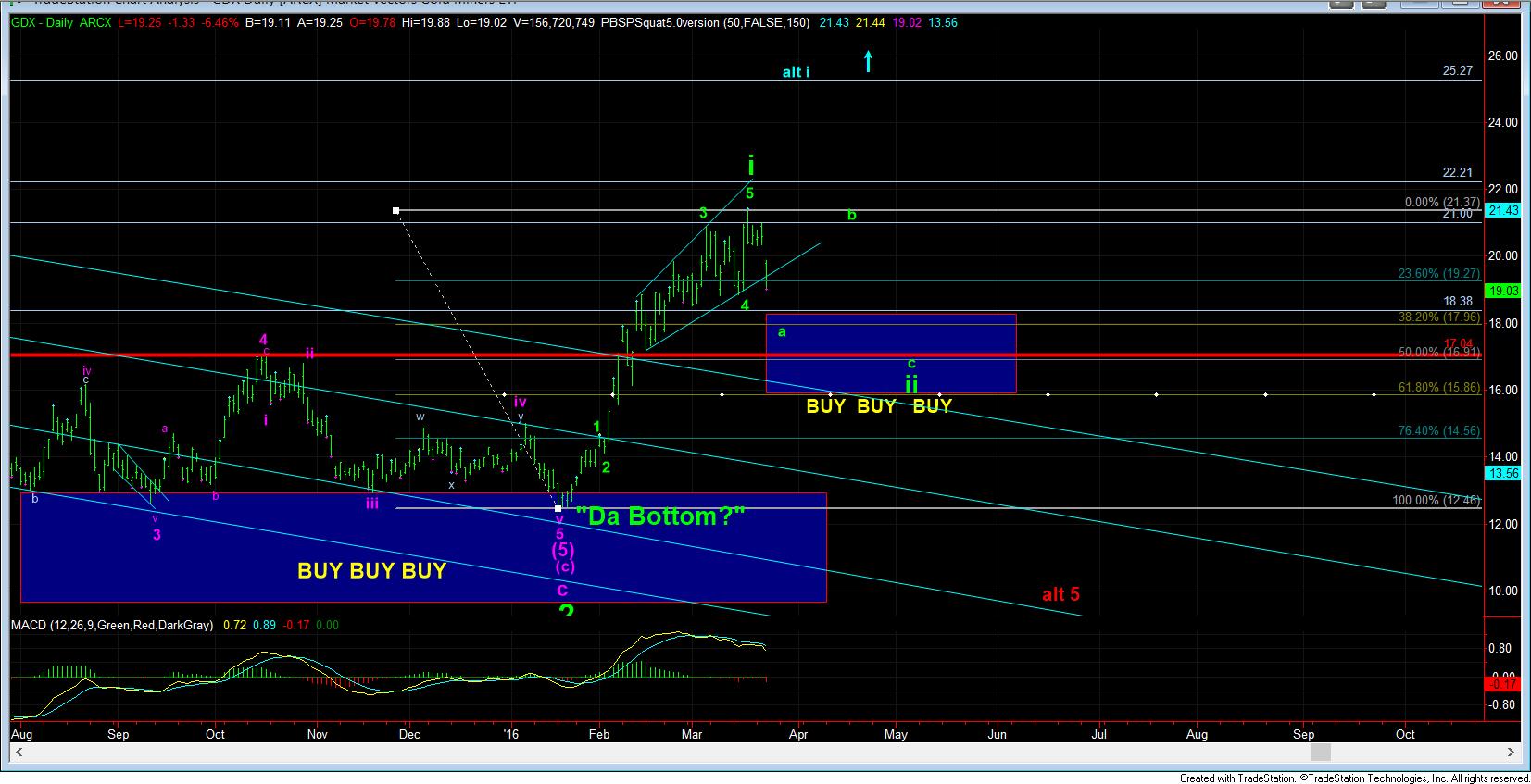 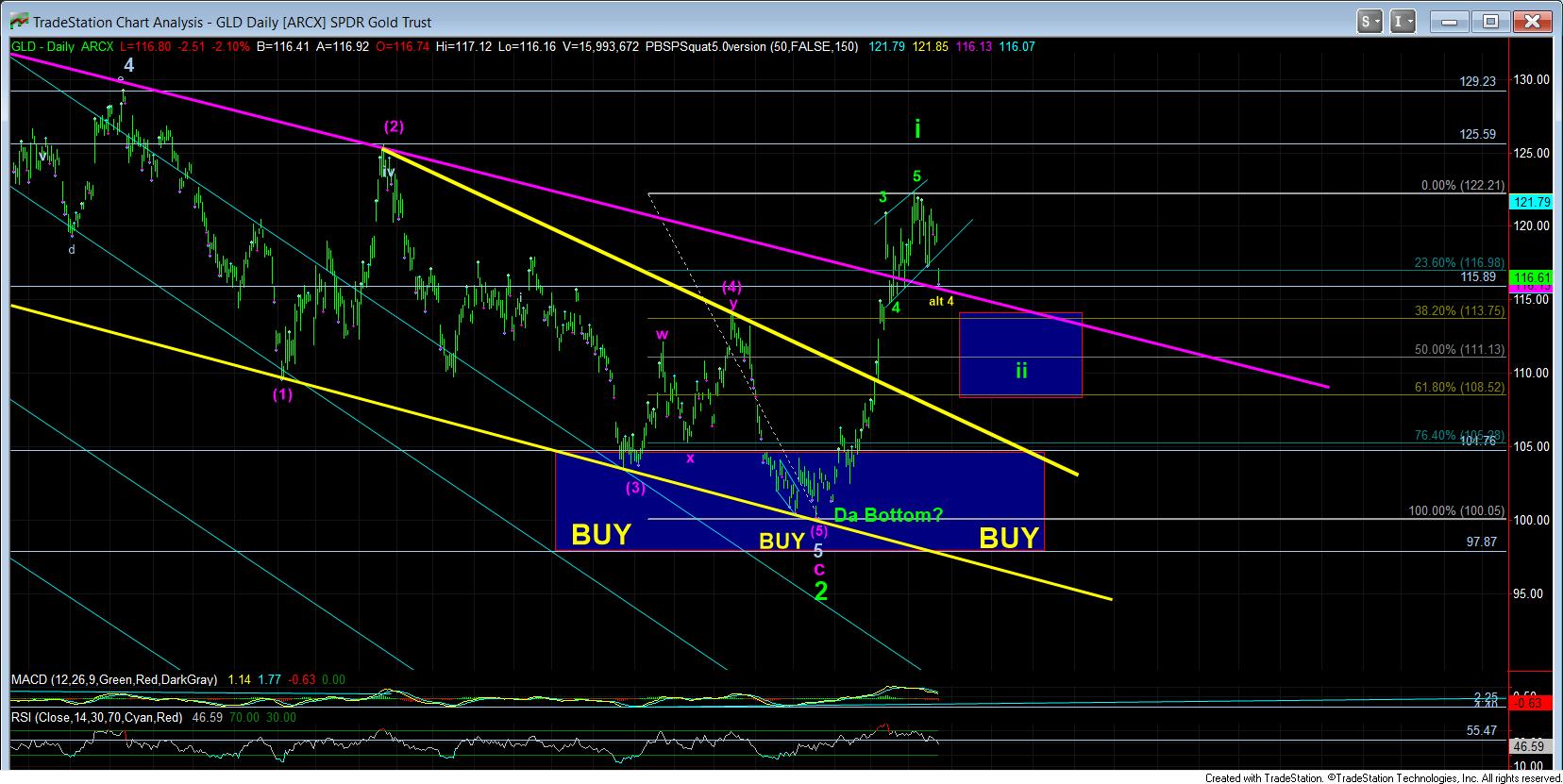 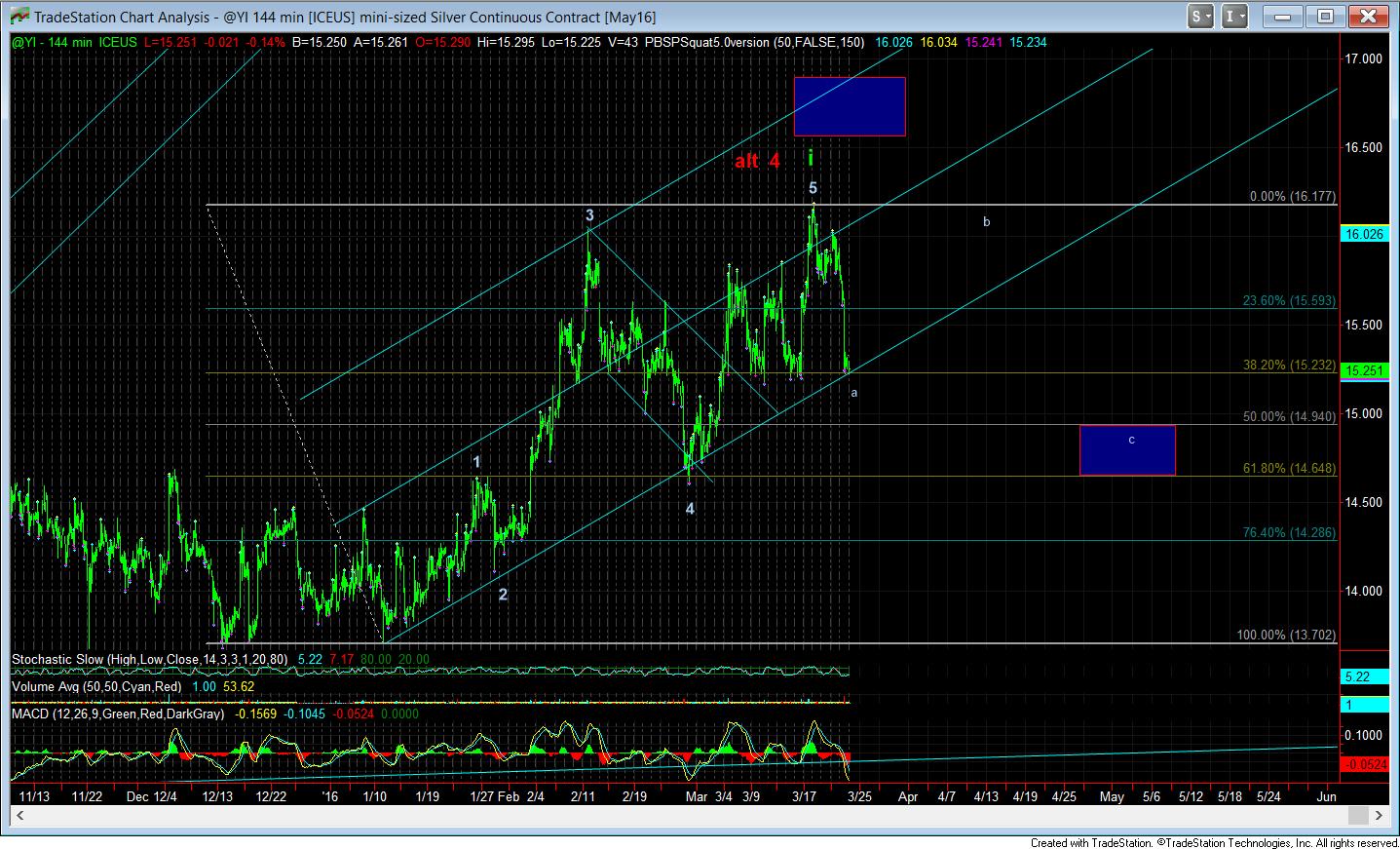