Odds for a swift move lower continue to build for December/January.  The probability of seeing at least 340ish in the SPDR S&P 500 ETF (SPY) again remain elevated at 72% -- and Bayesian work continues to “prefer” a drop to 315ish (and possibly lower).

As SPY heads into December/January, volatility most likely ticks up – even more volatile than October/November.

Longer-term note:  I have received many requests for Bayesian-only views for the next several years.  At the moment, Bayesian Probabilities support a time-consuming topping range over the next six months with marginal upside and a multi-year top in the SPX 3700-4000 range into mid-June 2021.  The “ideal” path would be a sell off over the next month or two, and then one more several month bullish leg into mid-2021 finding levels near SPY $400 for a multi-year top or worse – projections of where we end 2021 are SPY sub-$350.

However, there are conditions under which more bullish paths come to fruition, and I will update accordingly on EWT.

Bottom line:  Bayesian work is not bearish at the moment for longer-term holds, but generally is seeing the potential for a drawdown back to at least November 2020 lows, before another bull leg into mid-2021. 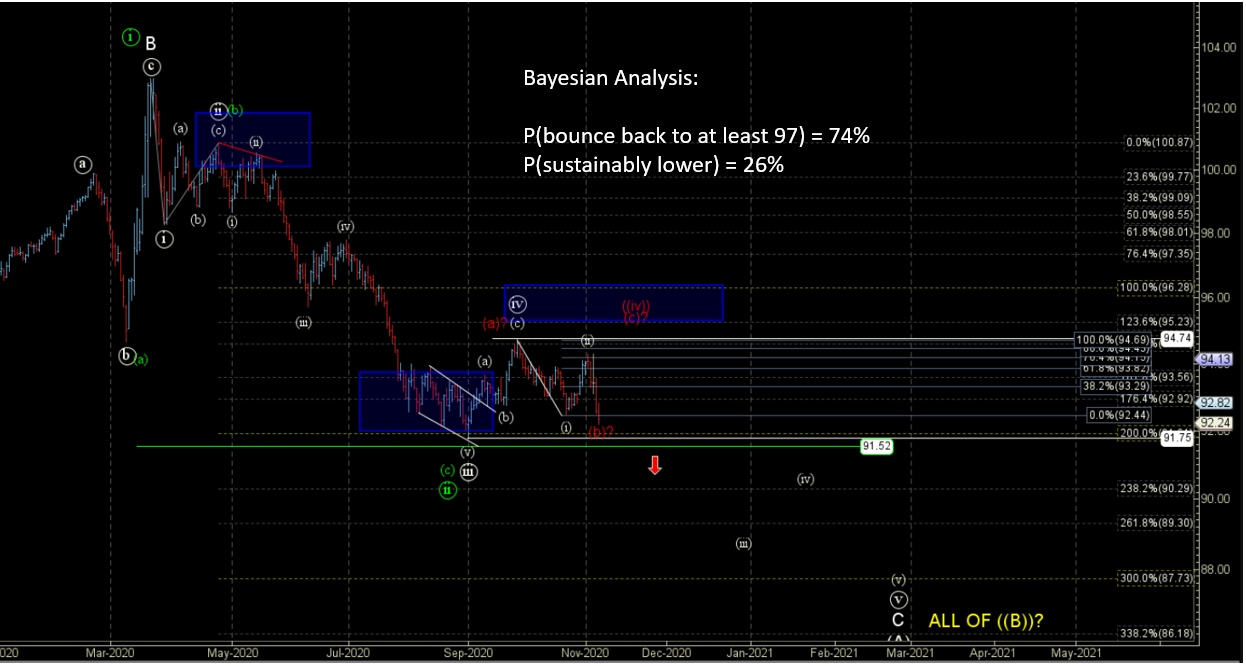 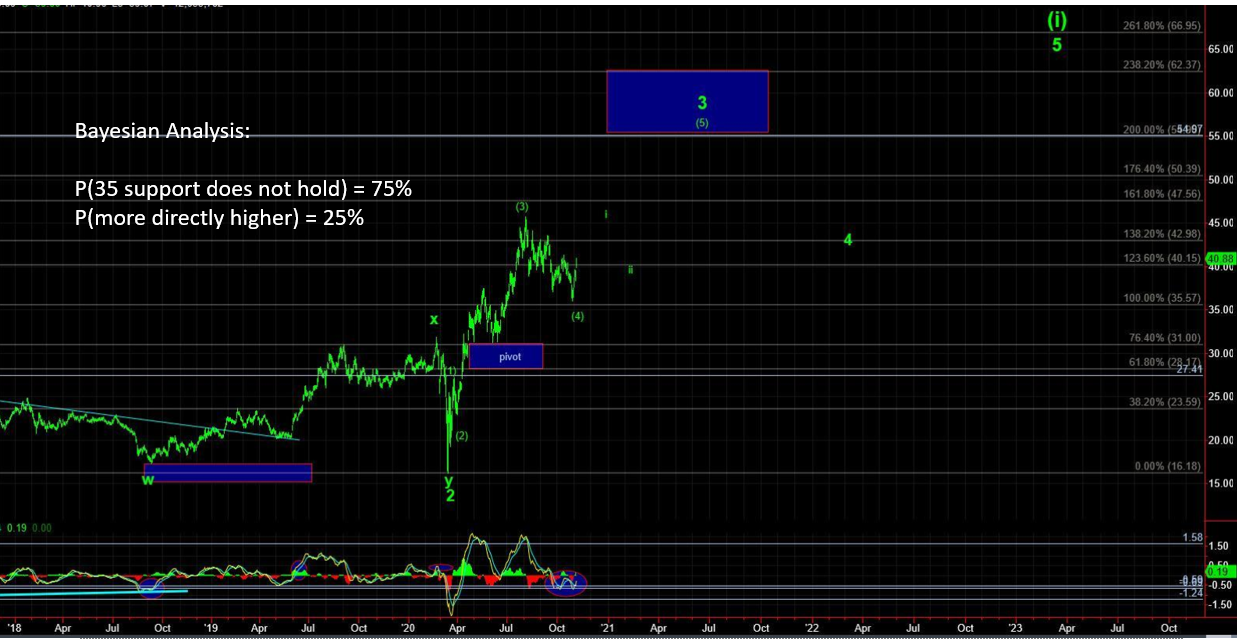 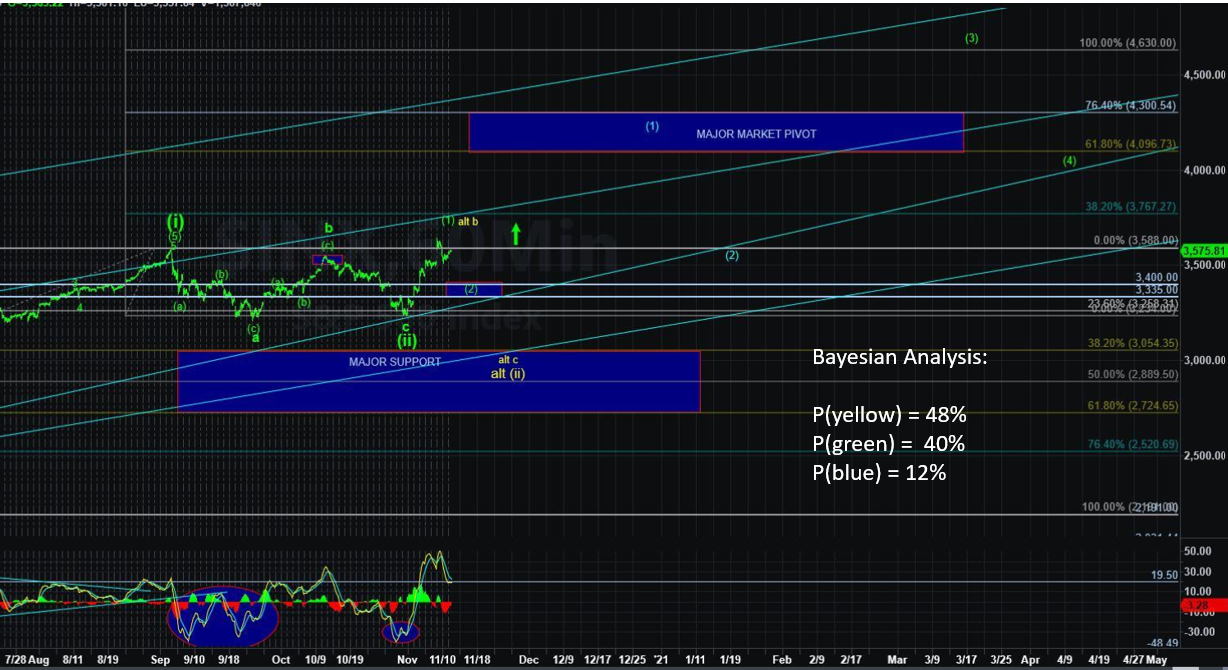 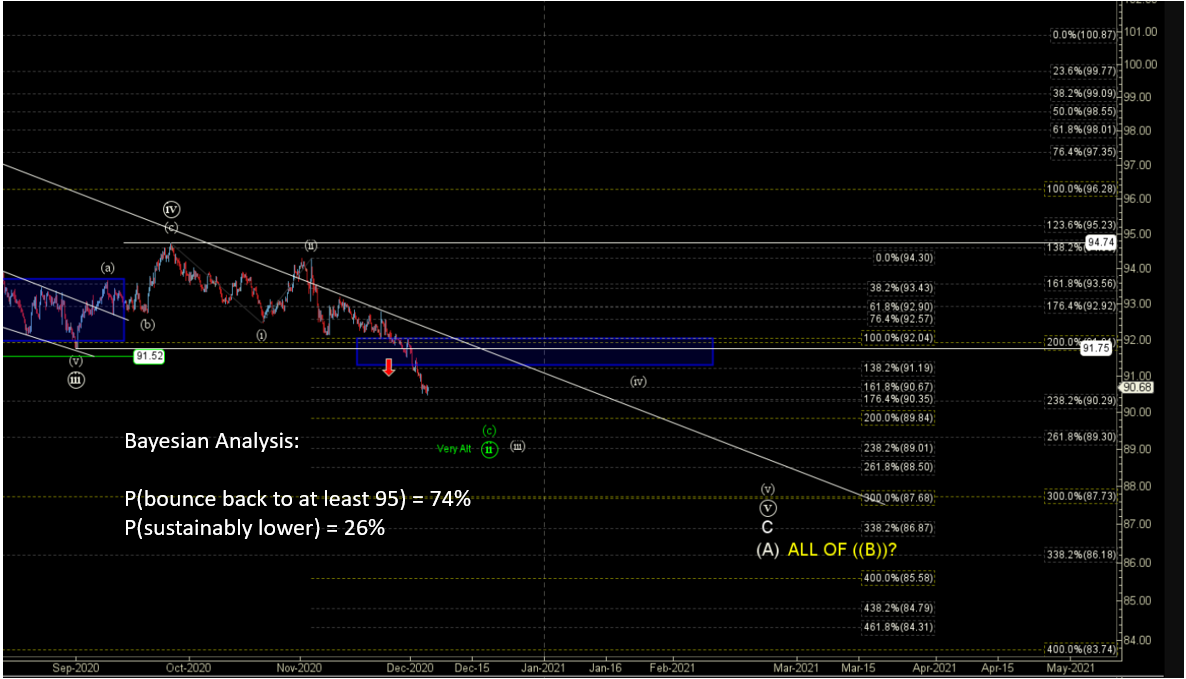 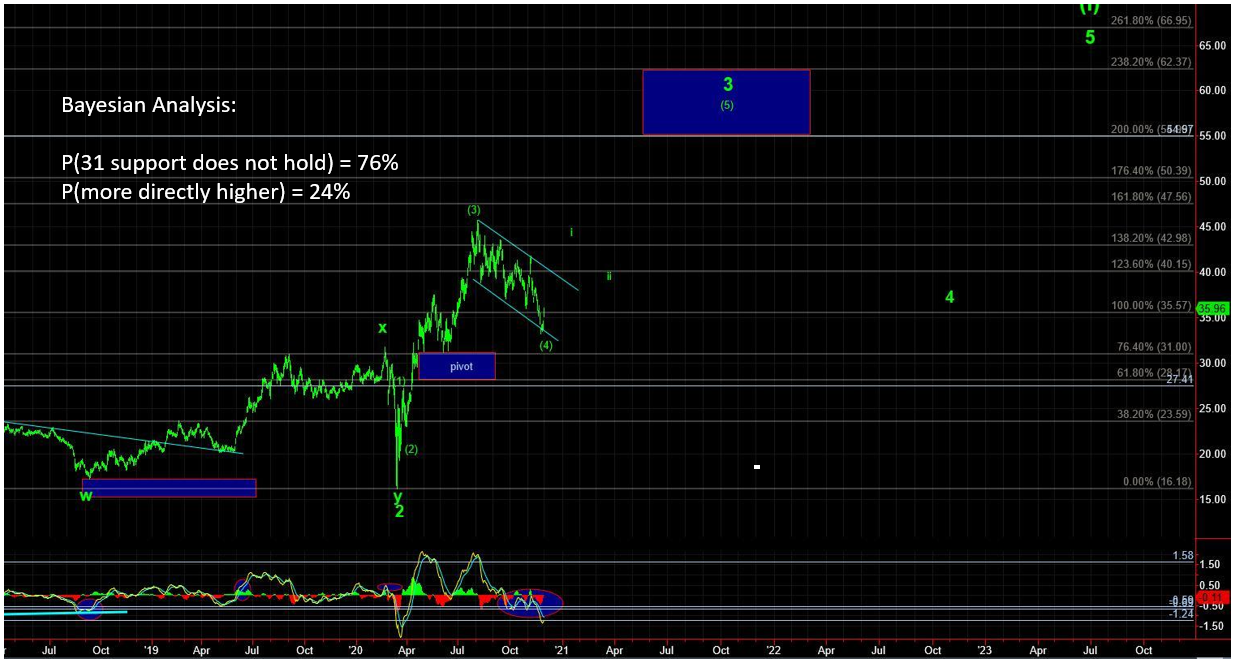 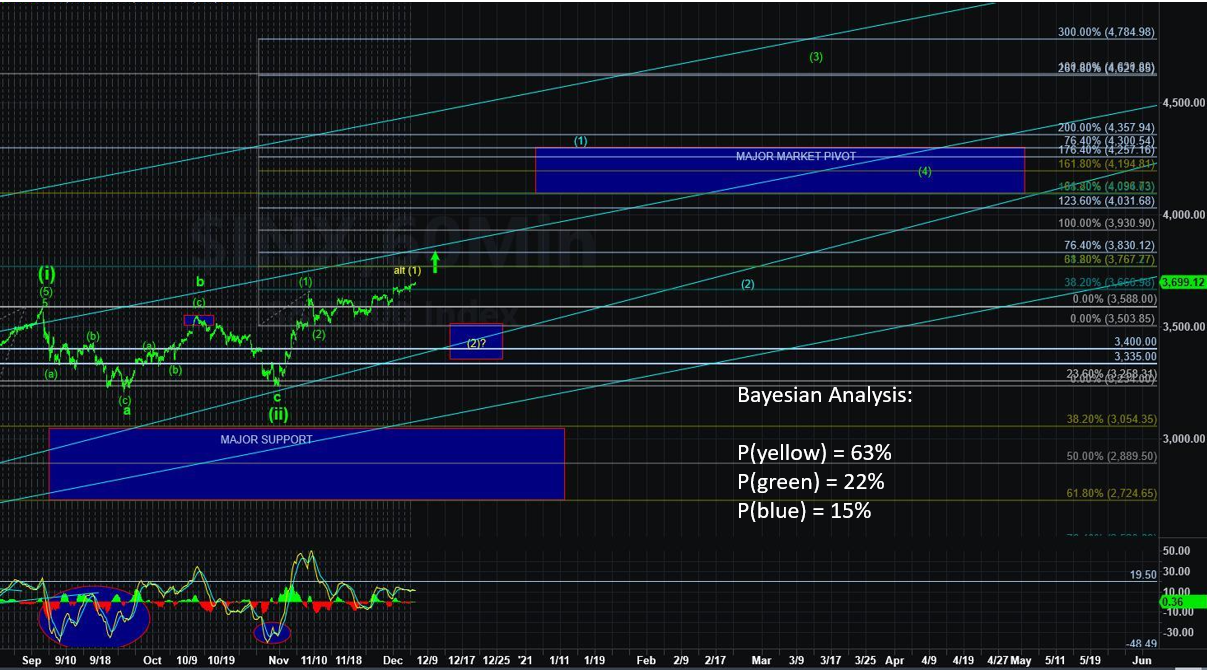