The third week of November played out as another round of high-level consolidation as the price action resets its internals and rotations across the sectors with the horizontal grind.

The same old pattern that has been occurring for the past 7 weeks after the market makes a significant higher all-time highs relative to a key level. The bulls remain so impressive and resilient that even a touch of the daily 20EMA was not allowed last week when it got so close. This showcases that market participants are still buying at key immediate trending support levels rather than just waiting until the more significant daily 8/20EMA to stick-save each day’s low.

The main takeaway from the third week of November is that nothing has changed with the BTFD thesis when the market remains in a trending mode and especially when above daily 8EMA/20EMA. For reference, the Emini S&P 500 (ES) is still trending above the daily 8EMA for 31 sessions (disregard the one session on Thursday last week that closed 2 ticks below it). Overall, it feels like we’re all Pavlov’s dog as we head into one of the most important holiday weeks before year end.

Friday closed at 3112 on the ES, and it was the first red weekly candle closing in 7 weeks after the 6 weeks of grind  up continuation. Essentially, the market lost a total of 7 points last week with the high-level consolidation pattern as Friday to Friday’s closing print was 3119->3112.

Summation of our game plan:

*There’s something to consider as a ‘surprise’ would be a quick steep drop/mean reversion before year end that backtests close to the 2955-2984 region to stopout/shakeout more of the weak hands before more ramp into year 2020 and beyond. In that scenario, we would think that could act as another significant buying opportunity similar to Dec 2018 given the risk/reward due to a backtest of the most significant levels/region. This is just something to ponder about for now because there are zero concrete indications of any significant pullback for now.

For these timeframes, when above 2955 and 2984, all dips are considered buyable going towards 3193.75 into year end closing print or year 2020. This is especially true when price remains immediately above 3000 for the short-term trend. Also, the trend remains strong this year given the +20% YTD performance thus far and it’s likely has more left in the tank given the multi-month bullish consolidation that has been established since the Dec 2018 lows and then subsequent range of 3029.5-2726 since March 2019. For immediate/aggressive trend followers, whenever price action is trending above or below the daily 8/20EMA with an established macro trend on the weekly/monthly charts, then you have the golden goose setup of aligning the micro with the macro. 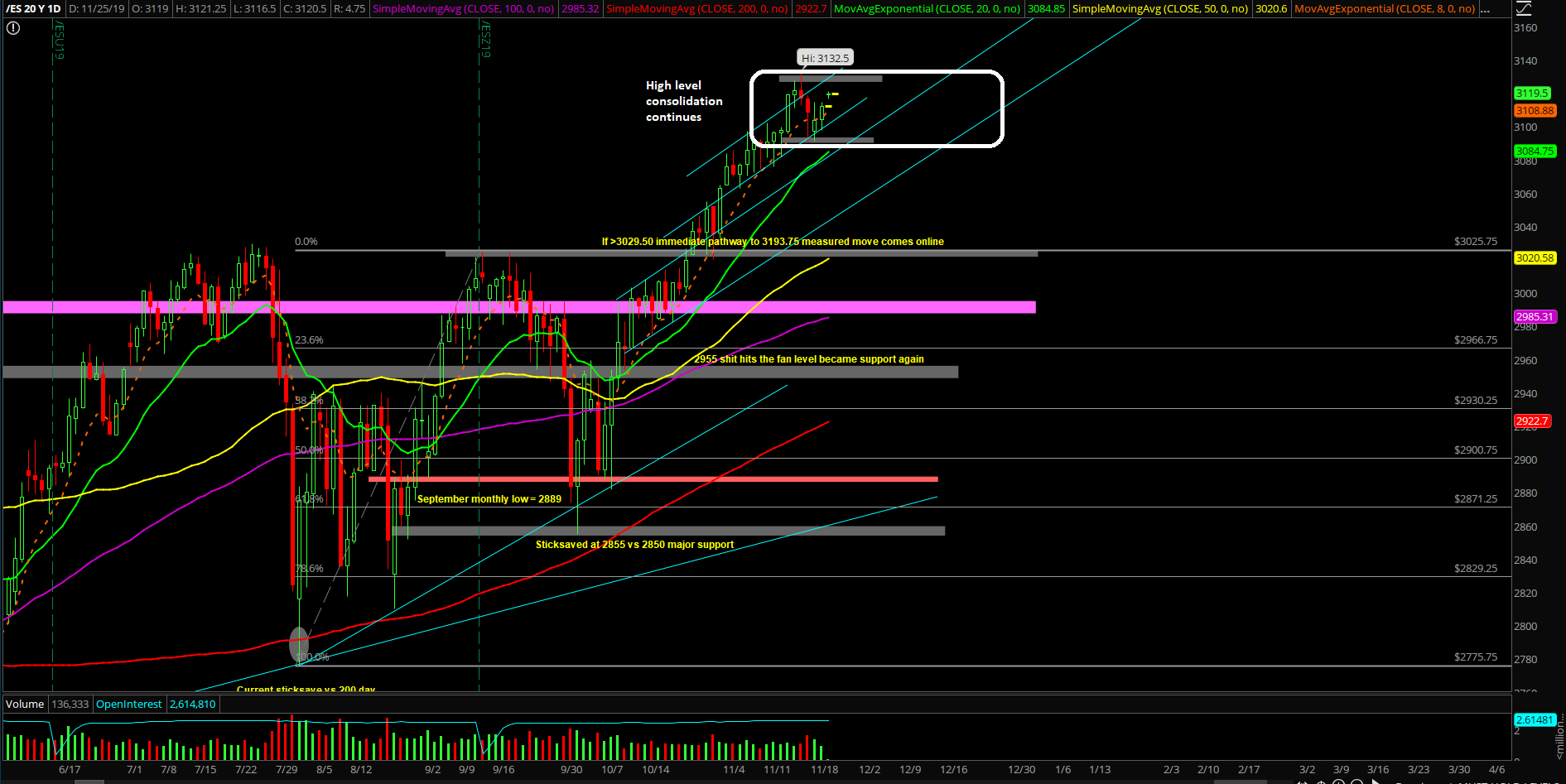 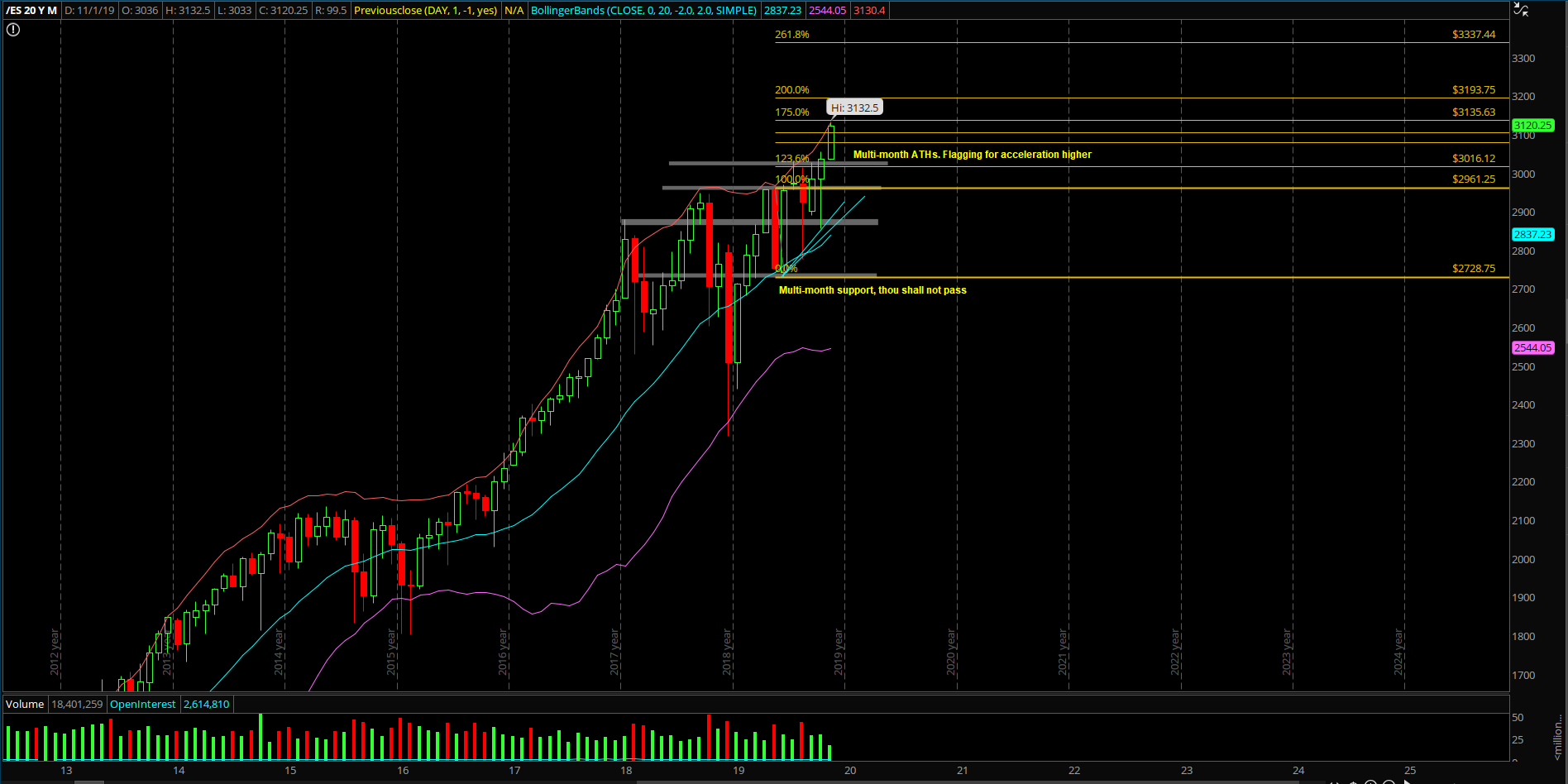 ES NOV25REVIEW4_PRO
Ricky Wen is an analyst at ElliottWaveTrader.net, where he writes a nightly market column and hosts the ES Trade Alerts premium subscription service.