Bitcoin has now sustained under $24K to confirm that the next daily target of over 100K should be the last high before an extended bear market. Breaking $24K also opens the door to $10K and $3K, suggesting this bull cycle is already over. However, so far the micro doesn't support those low levels.

GBTC confirmed it is in a diagonal at best and must hold $5 or will present a three-wave top in this bullish cycle off the 2018 low.

Bitcoin and Ether are attempting to break out, though it is still possible that they top in high B waves and retest wave 2 support. As I look across many charts I see a rather bullish market. Many altcoins we watch, including BNB and RUNE have high B waves that broke over the previous five wave top. That portends a breakout. And, B waves can morph into leading diagonals to give us a more direct breakout.

Just note that we are still under key resistance and really need the next degree five wave structure, in almost all charts, to assume the correction is over.

Bitcoin is pushing against putting in a deeper wave 2. However, in my view, action off the recent low is corrective so a B wave is still probable. If instead it gives us five waves, likely as a diagonal into the $21,400 region my view will be that it set up the red (1).

Regardless, I see this as an opportunity for a short-term long trade by carefully scaling in with a stop at the recent low ($17,100). 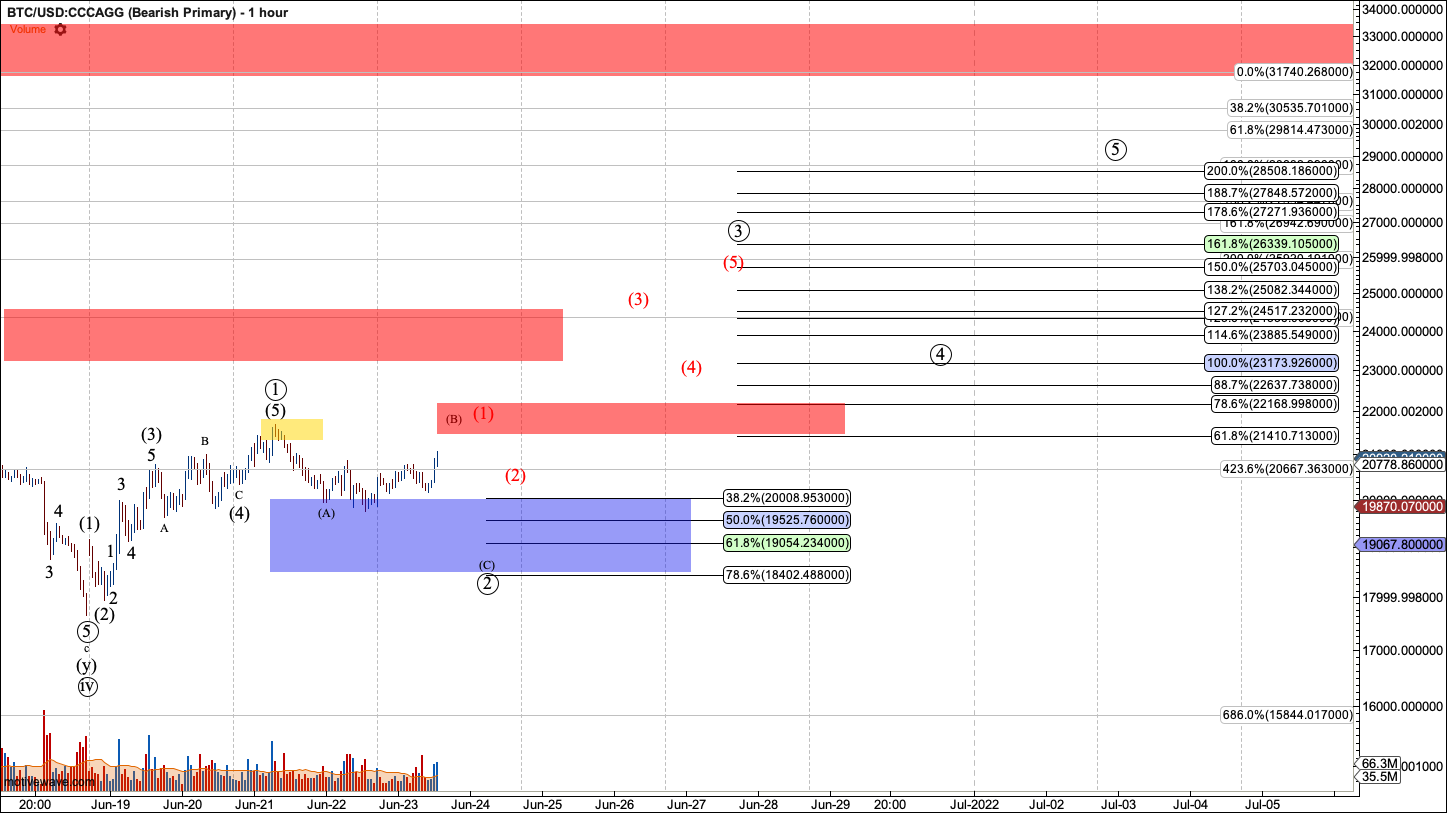 Like Bitcoin, this is a long opportunity for Ether, as long as you scale in slowly with a stop at the $880 low. 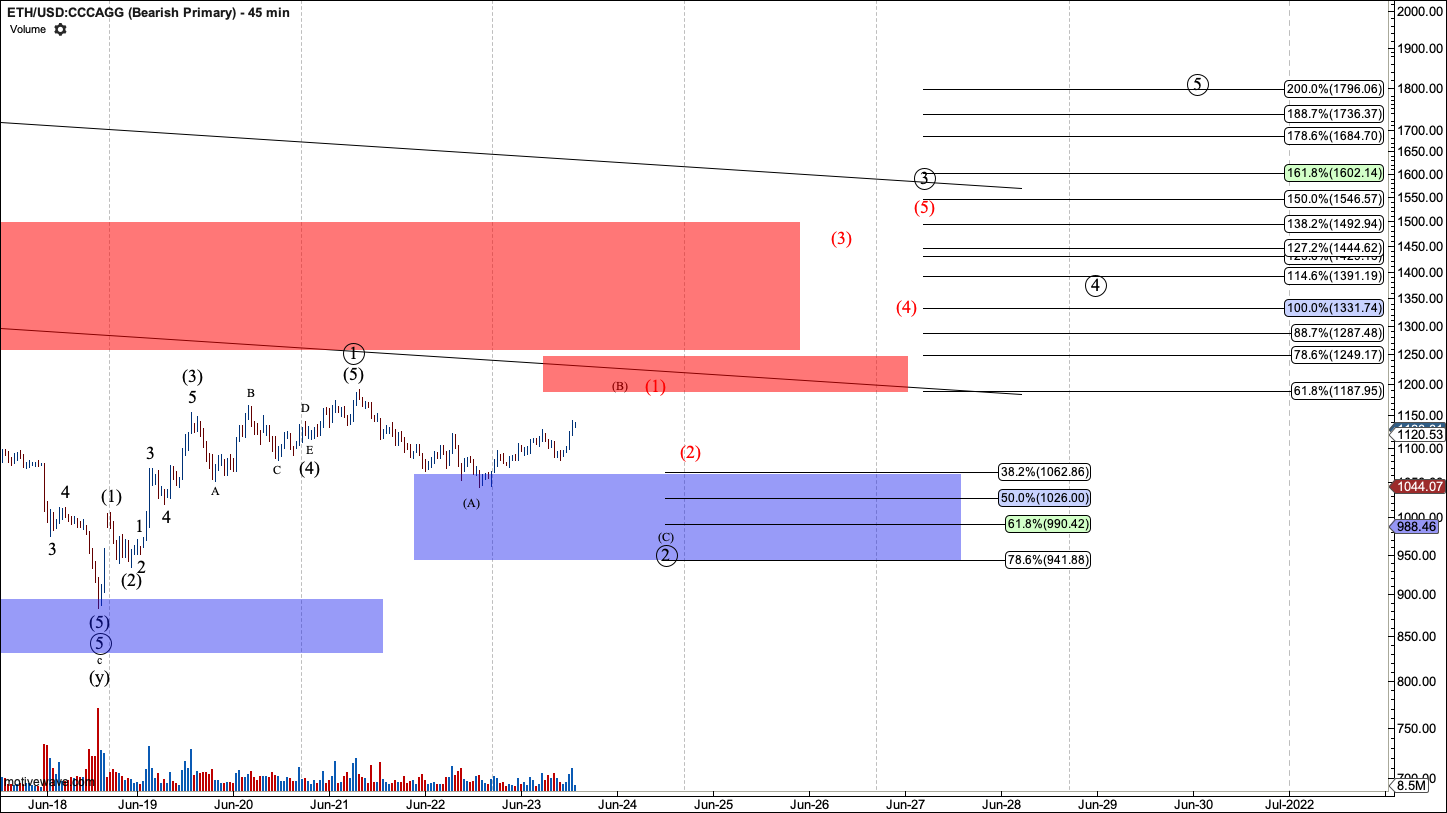 So far the move off the lows for this pair appears corrective. However, if we see five waves over 0.063 I'll view the lows as in. That may occur as a diagonal. As long as below 0.063, one more wave down to 0.045 is reasonable. 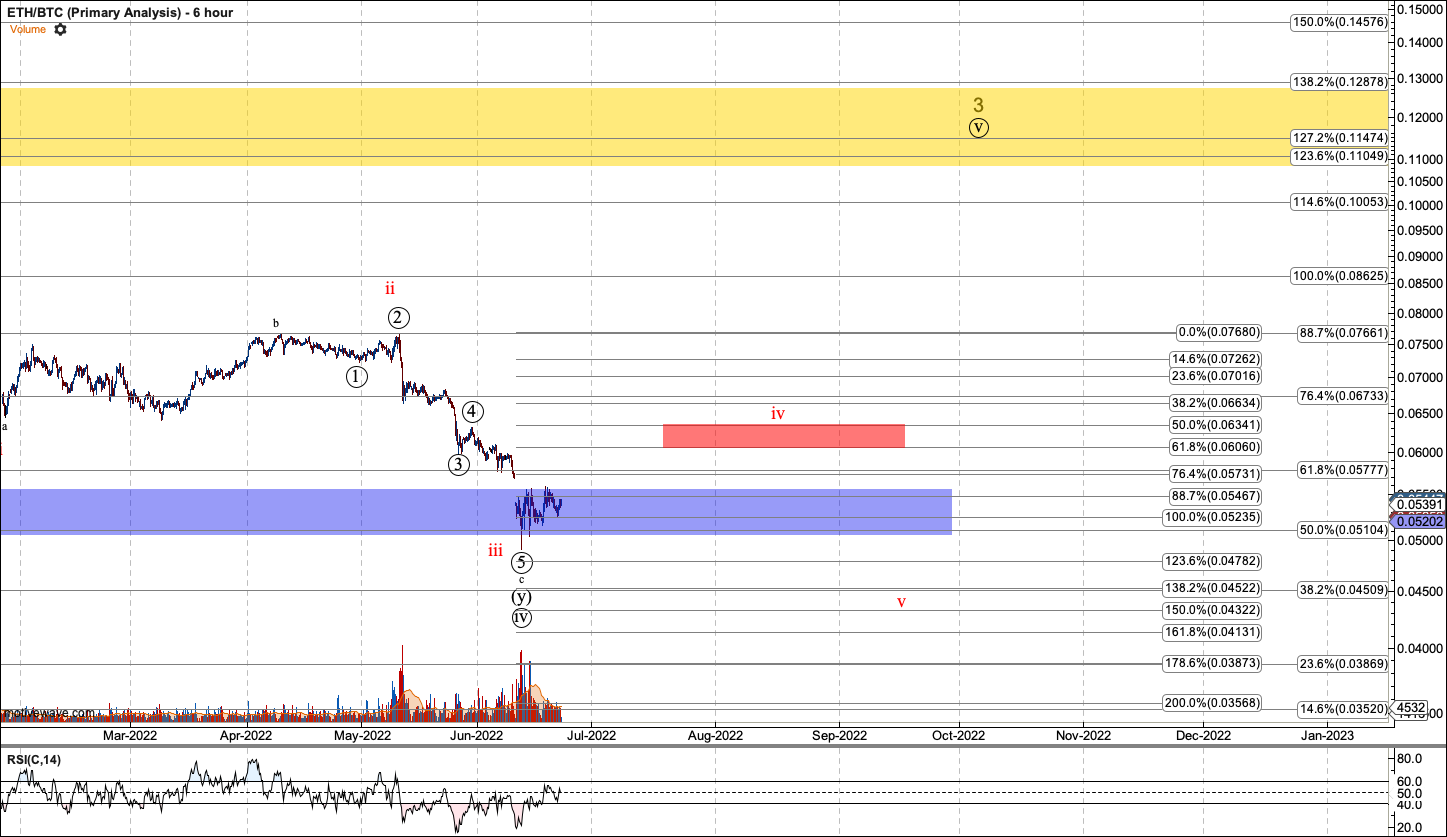 GBTC has come off a very healthy wave 2. Breaking over $14.30 should put it on its way in the third. Note that if Bitcoin puts in a lower wave-2 I don't assume GBTC will. It will depend on whether Bitcoin makes its move after hours. 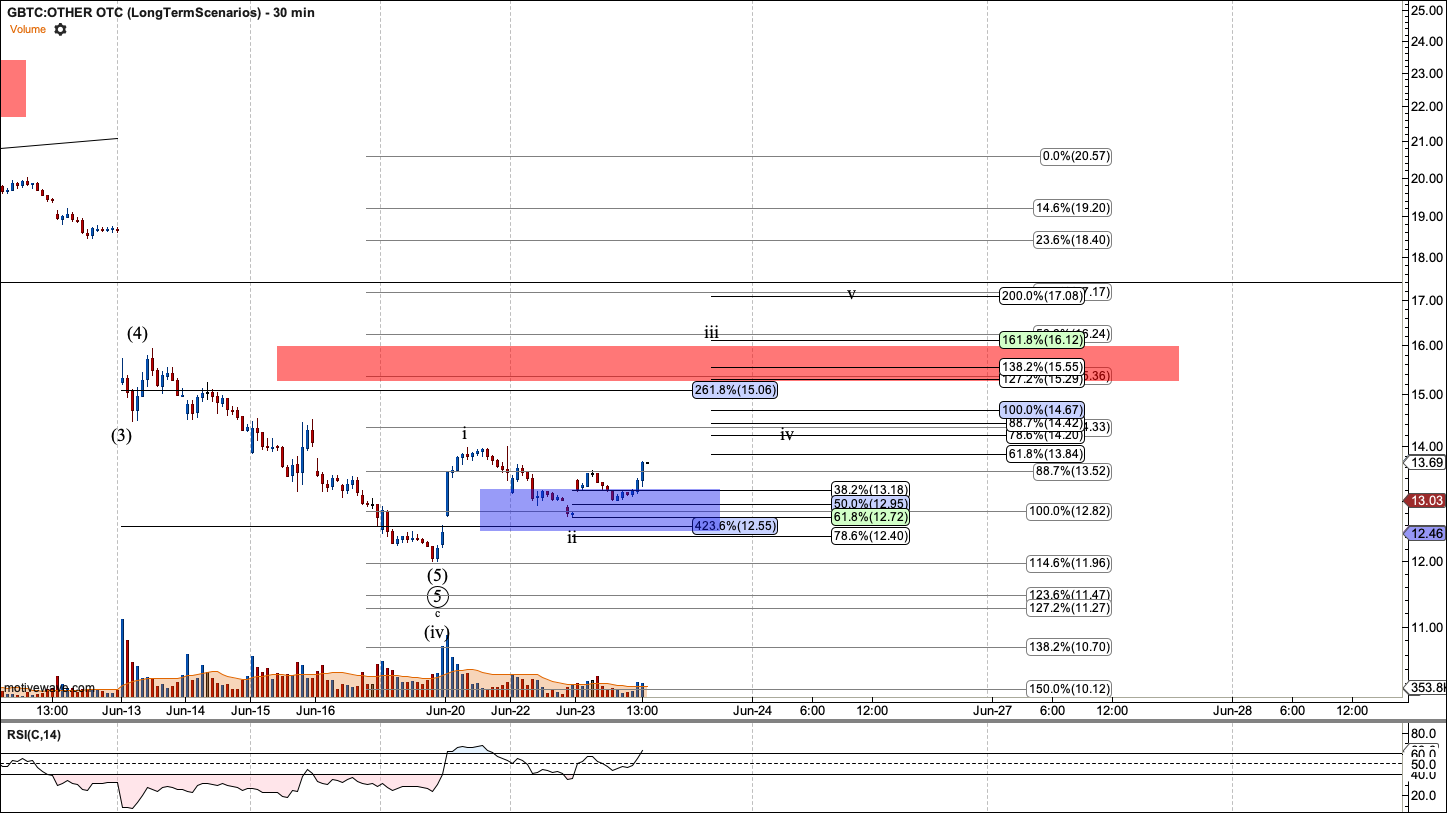