On the micro counts, Bitcoin and Ether have confirmed three-wave tops. Completing the C wave higher as a diagonal is possible in both, but I favor an end to their upward pullbacks.

Again, I do not see a bullish case unless Bitcoin breaks over $17,900. 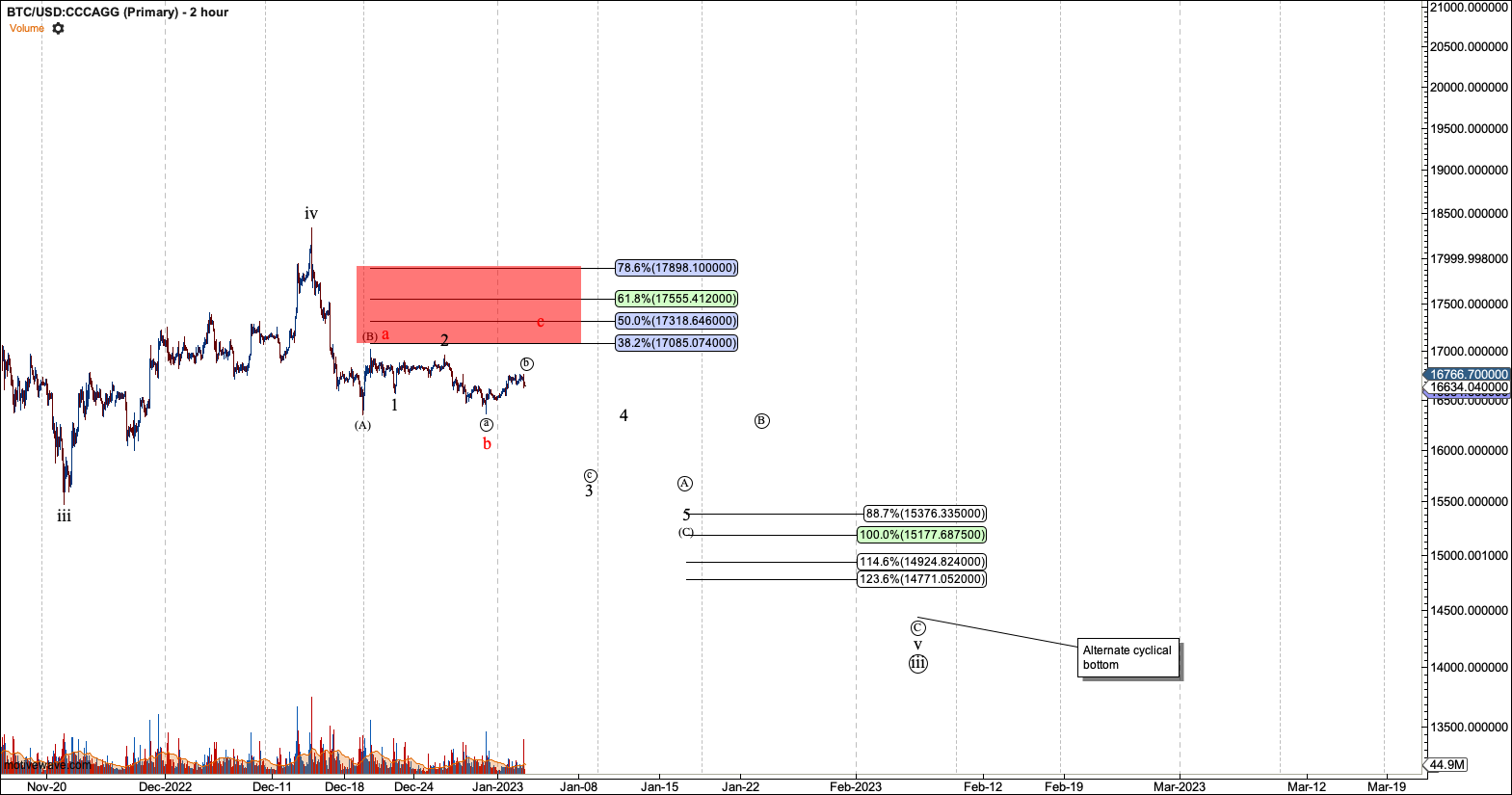 Ether now looks unable to reach for C of ii. However, one more high with C as an ending diagonal is possible. And, it may be limited to $1250. Breaking below $1190 should confirm Ether is in wave iii.

I do not see the more bullish outcome, rendered in red, likely until Ether breaks impulsively over $1305 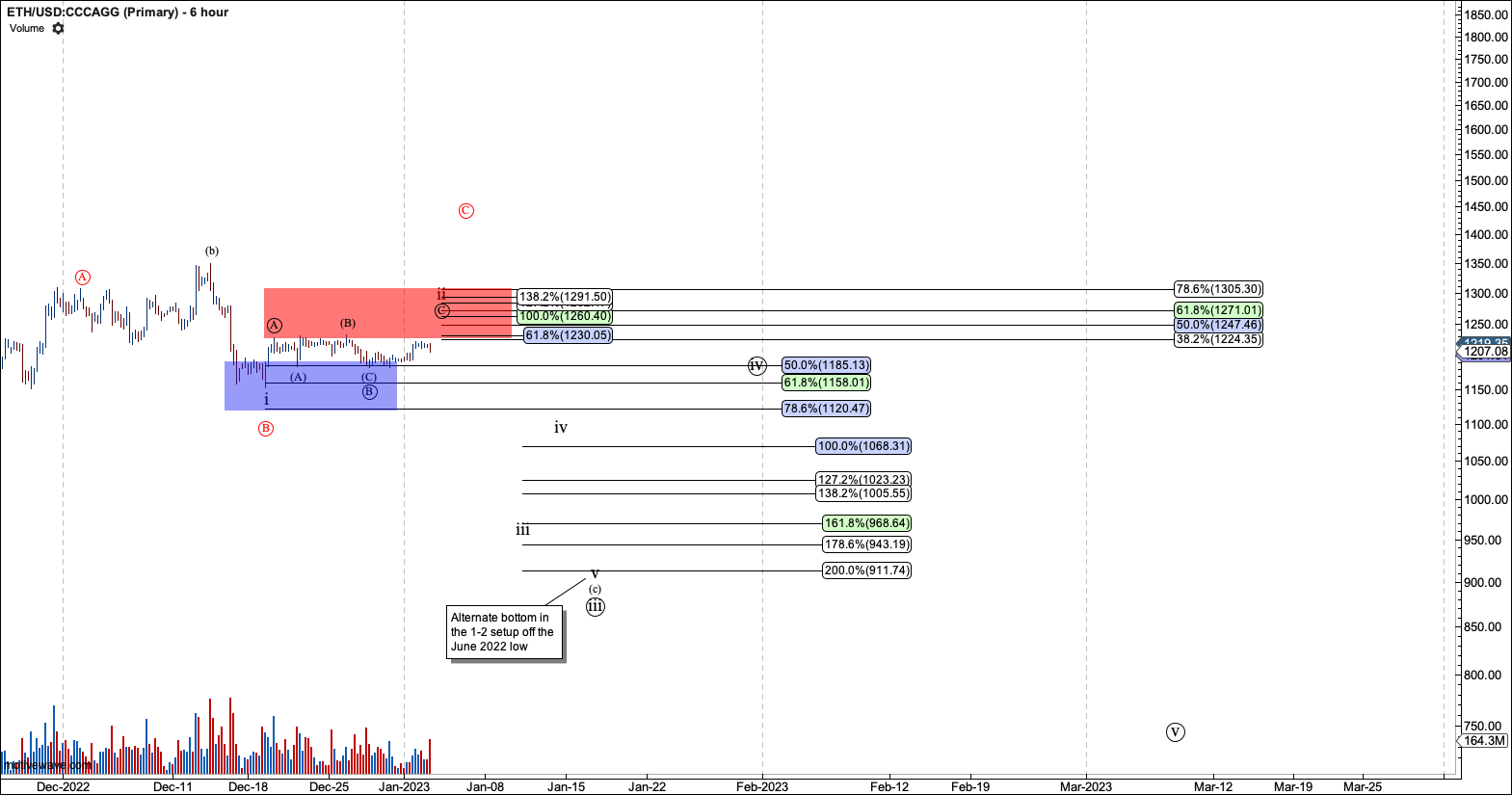 ETHBTC has not changed all weekend. It may have formed the 1-2 of (3) and unlike the USD chart has hardly ticked down but is trending the other way. 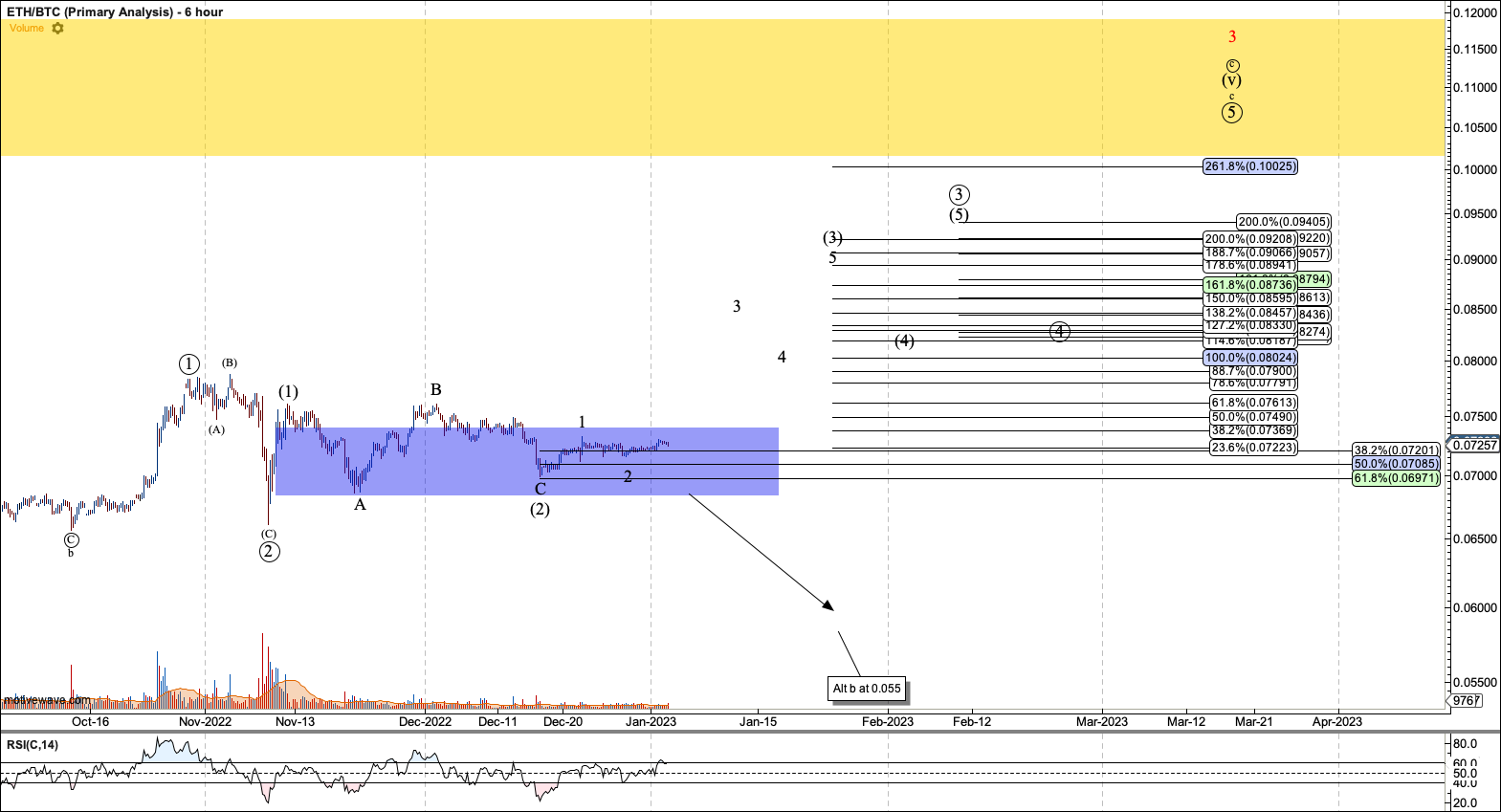 GBTC possibly topped in red (ii) but breaking below $7.75 is needed to confirm. 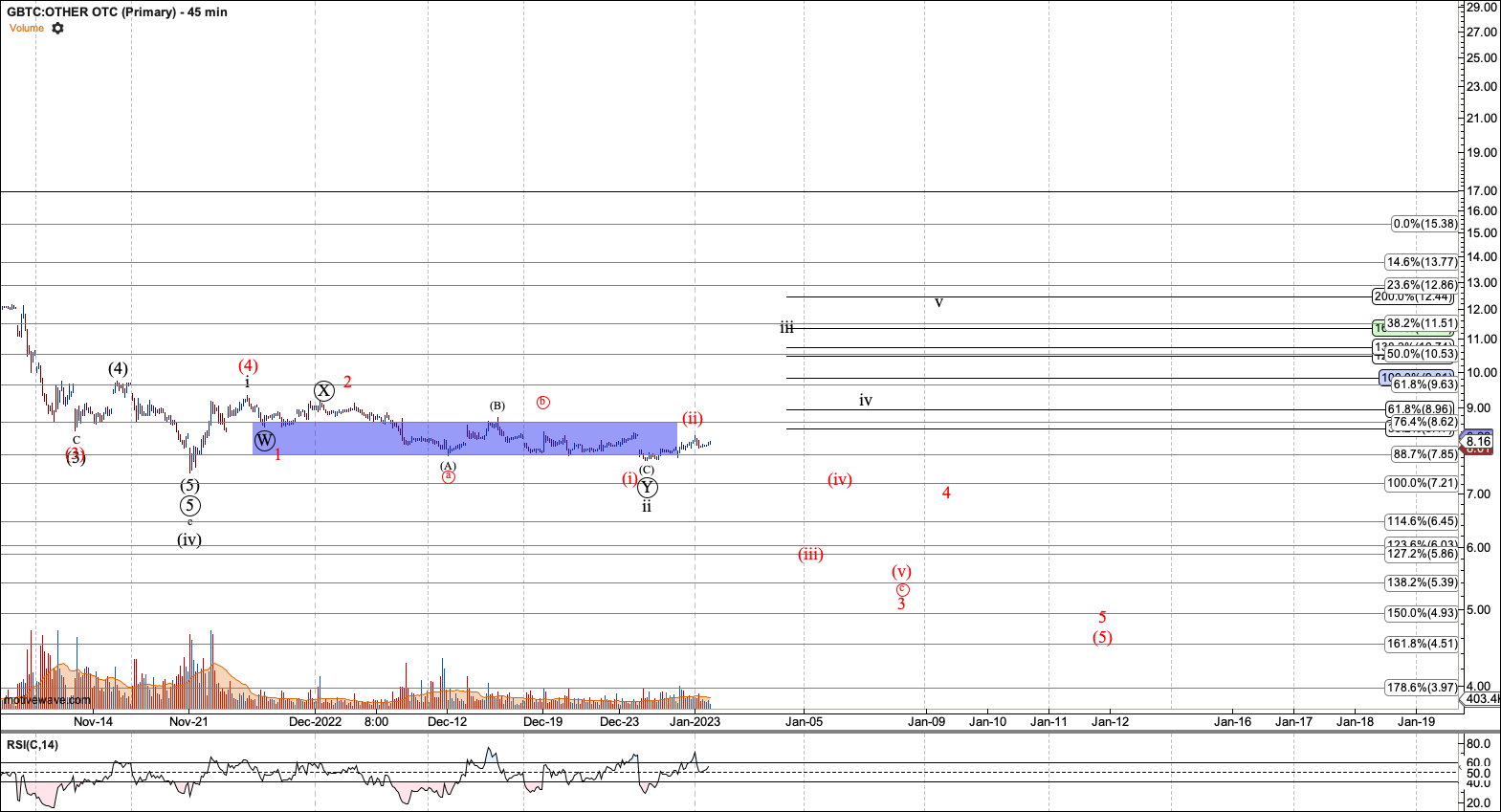