Crypto sentiment remains the pits. Over the weekend I listened to another round of bearish podcasts, and one host on the Alfalfa podcast explained how he was 'short all the things' including crypto and stocks. But yet the 2H trend is up. We just need to see the daily trend flip. And, for that, there is much work to do.

Bitcoin now needs to take out $23,600 needs to be taken out to help render a larger wave iv top in red improbable. Honestly, it topped in the red iv if it is going to play out, so taking out the intraday high would be good to see. In the bullish count, I want Bitcoin to hold $21,100.

I am watching for a nano impulse in this region to add an MBT long to my MET. Conversely, I'm I will watch for a short setup after it breaks $21,100, if it does. 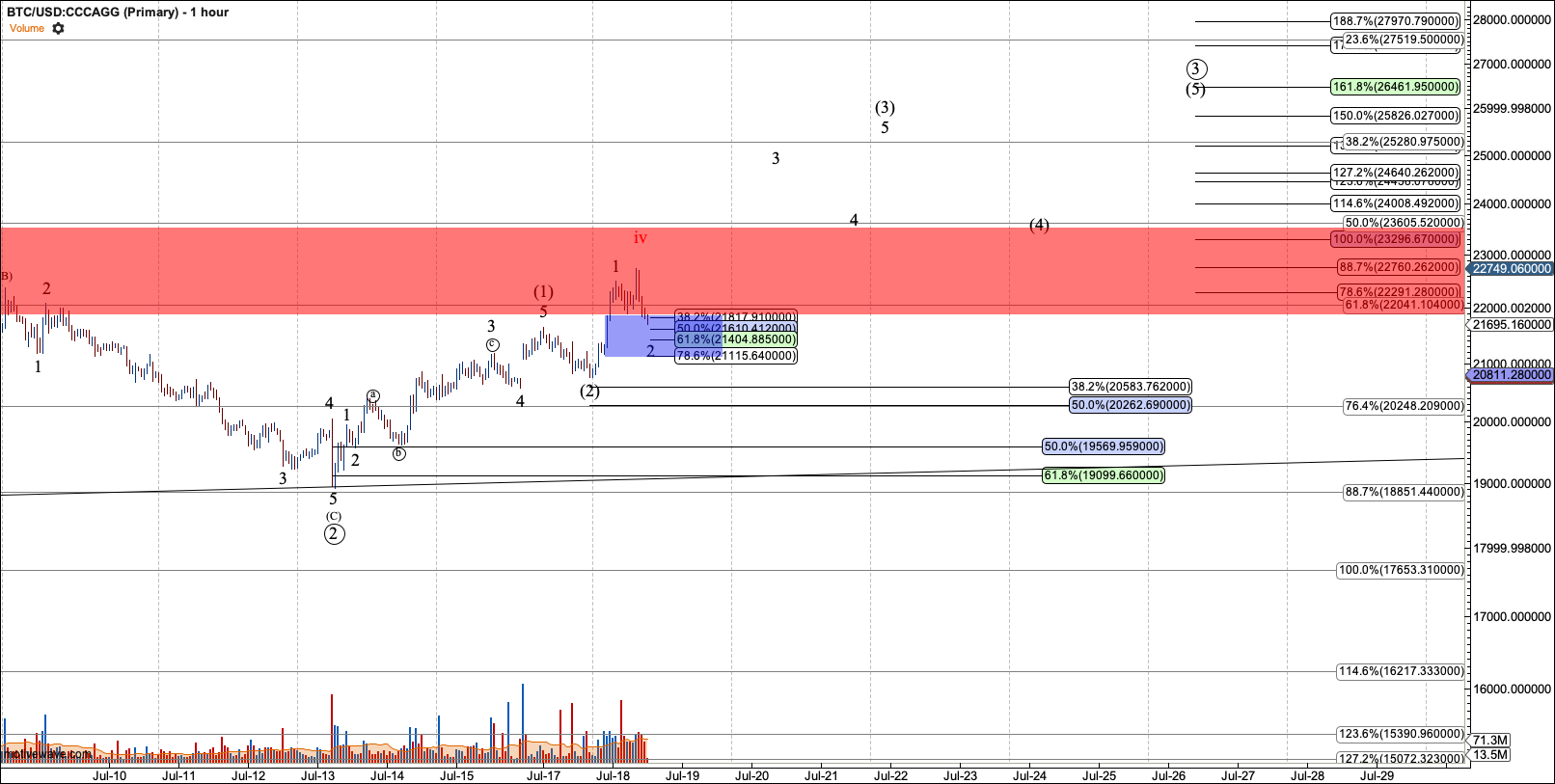 With this move to the high $1500's, I now see the red count highly improbable in Ether. However, we need five waves, and we need to see Bitcoin clear its resistance and naturally, put in five waves.

I have added an additional level of resistance just to be safe which is $1675. But to come up with this level I had to move my fib all the way to the beginning setup of the bearish move that started in April. If this level holds, it is likely to throw Ether into a larger-scale bear market. I am being safe until 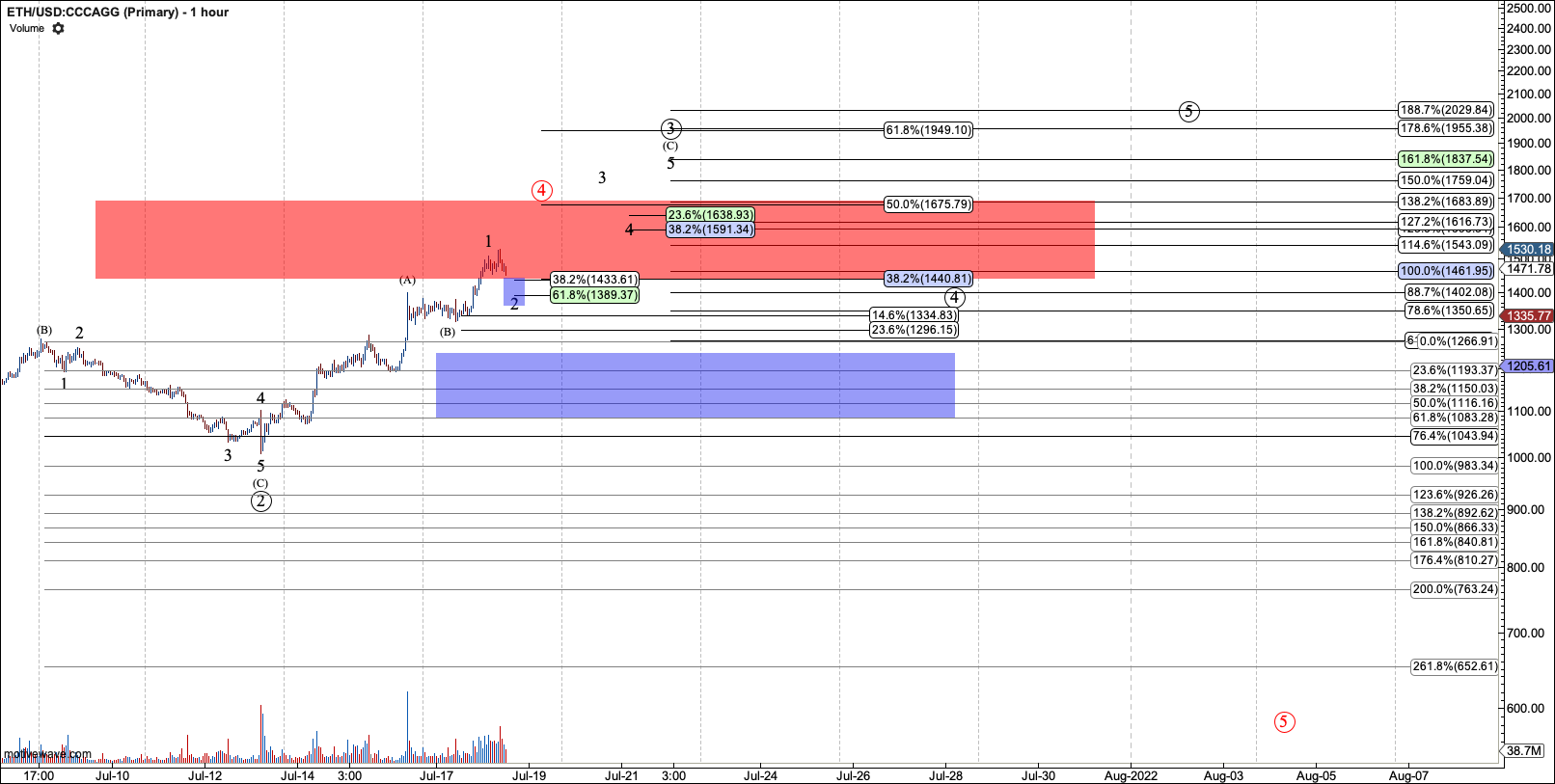 I removed the red count as I see it improbable but need to see five waves before I can say the bottom is in. 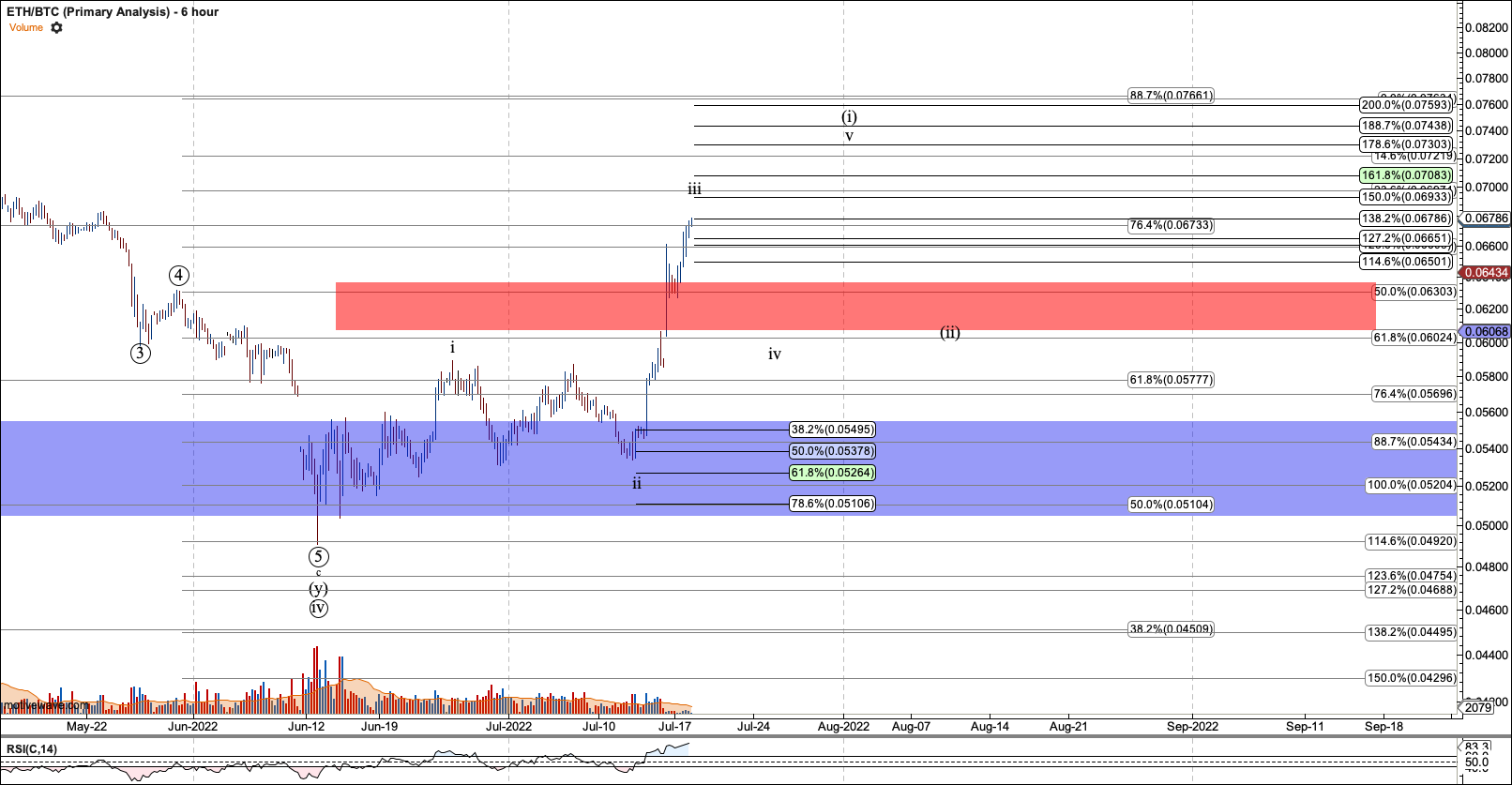 GBTC invalidated the immediate bearish 1-2 setup, and now needs to take out $15.65. 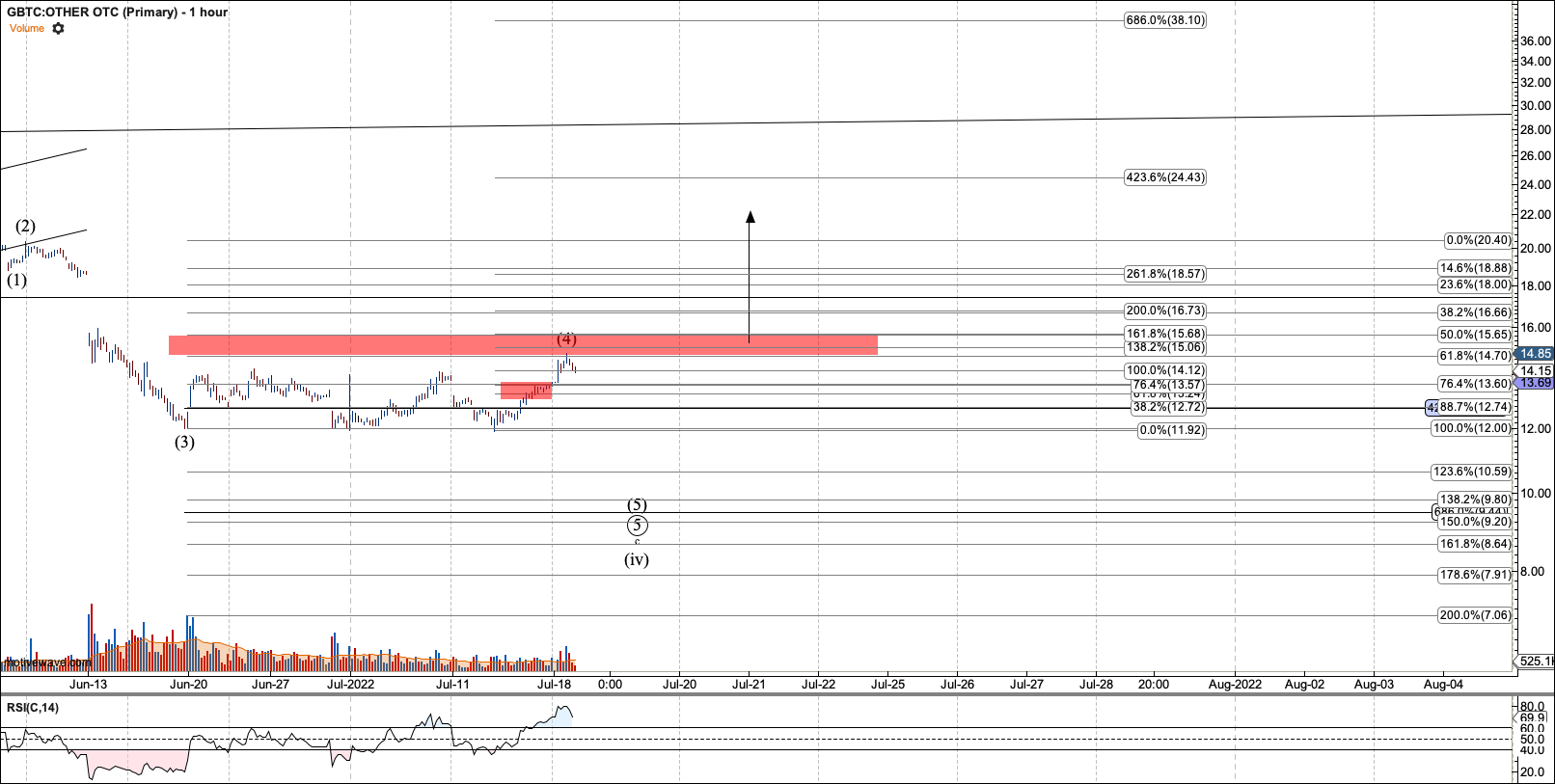