The late-day pop in the big coins pushed through resistance. As tortured as the upside counts are, bears failed to see follow through.

But please mark my words before you swing hard to the long side in a reactionary manner. Stick to your plan. And, consider that until Bitcoin and Ether fill in all five waves in red wave-i and hold wave-ii, I can't confidently say that the long-term bottom is in. Short-term traders might want to favor the long side but those playing a larger degree plan have room to watch calmly and slowly DCA.

Bitcoin should have held under $17K to continue bearish follow-through. Not only did it break that level to the upside but it is close to breaking recent highs. Therefore I have to favor the red count. But note that per previous posts that there is still a reasonable top to circle-4 in the $17,800 region. I can say that structure doesn't look like it will top there but I'm going to hold it out there until the chart breaks over that level. Further, we still need all five waves in the red count, ideally into the $18.500 region. So bulls have much more work to do. 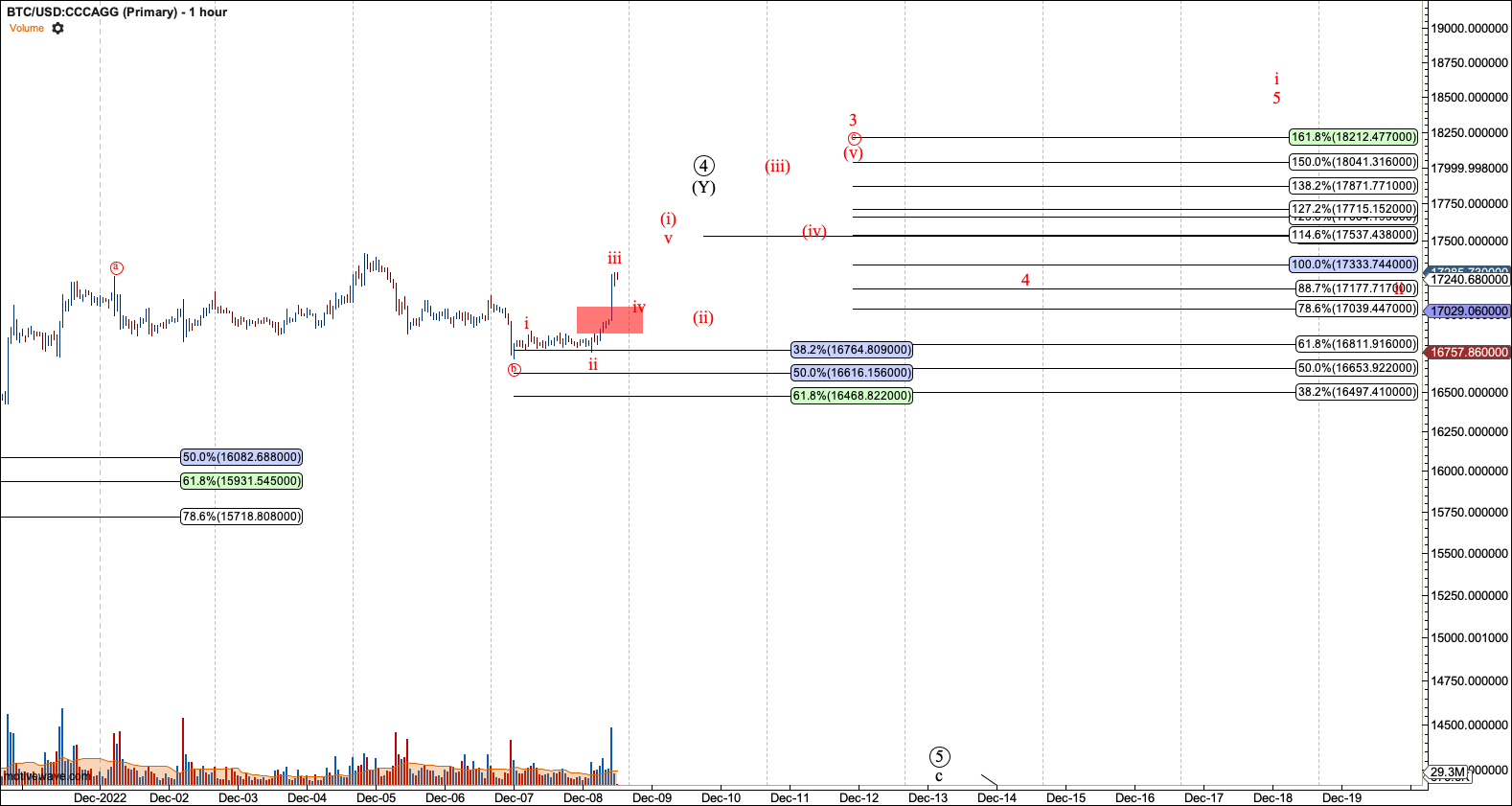 Ether also broke over the $1260 which is the key resistance I posted early this morning rendering the downside expectation problematic. I still have a reasonable top to circle-4 in the $1380 region. Like Bitcoin structure doesn't appear to want to top there but I'll keep it on the chart for now. Bulls still need to fill in all five waves in the red count to $1470 region then hold red wave-ii before I can call Ether's swing bottom in. 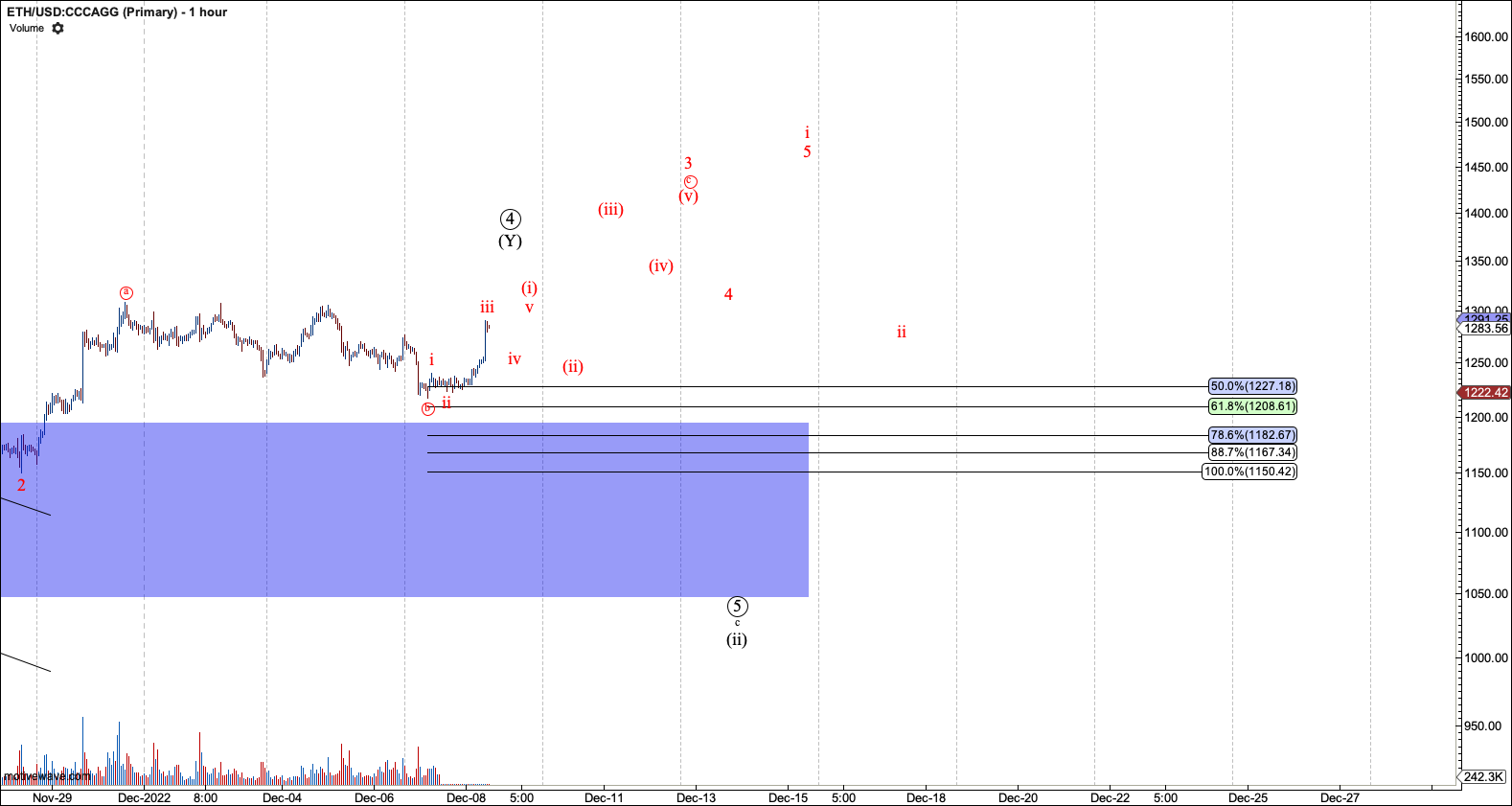 Circle-ii appears to have bottomed. 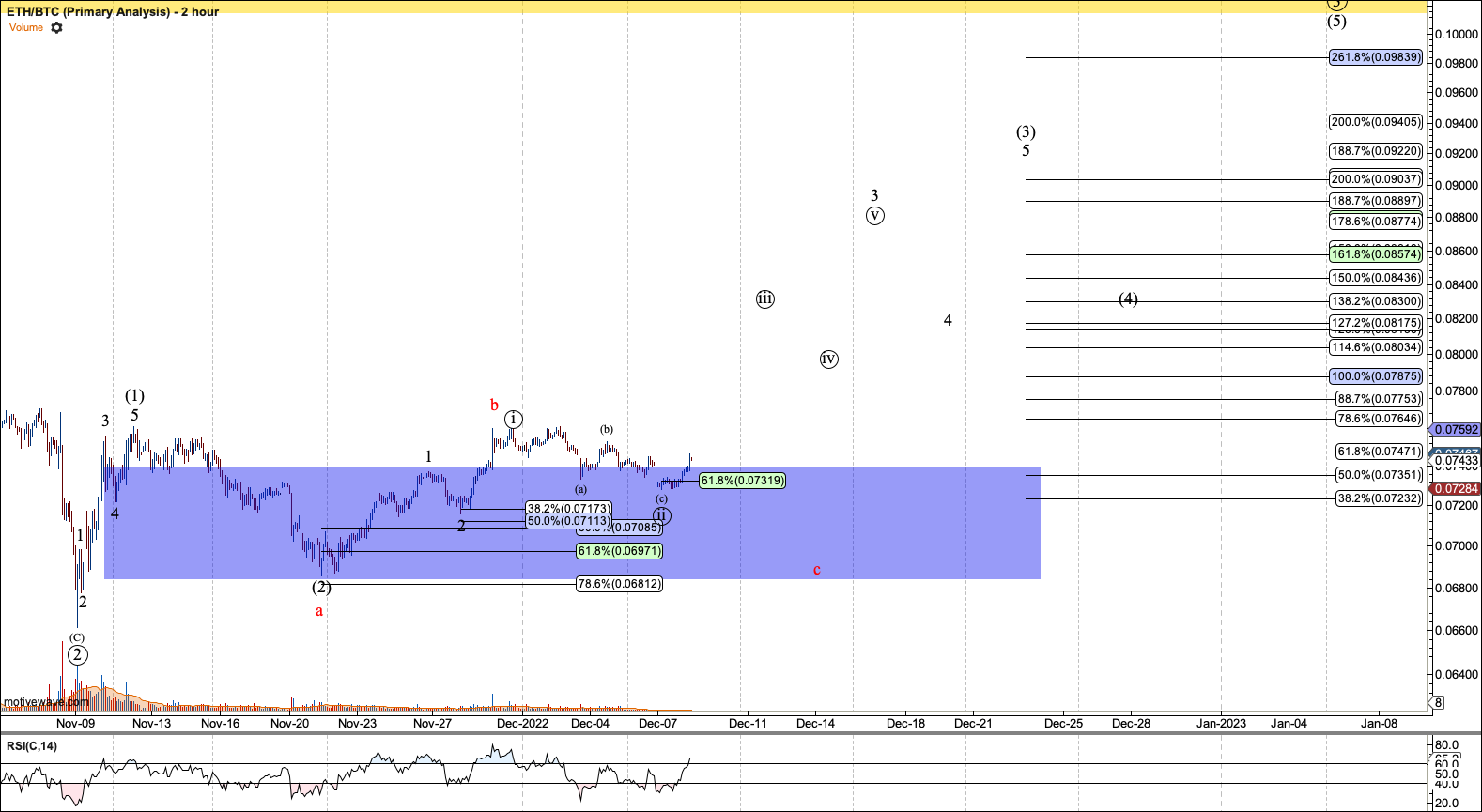 GBTC has continued to drift in circle-C of ii. Unless it forms a WXY bottom, it looks like it needs a fourth and fifth wave in C. 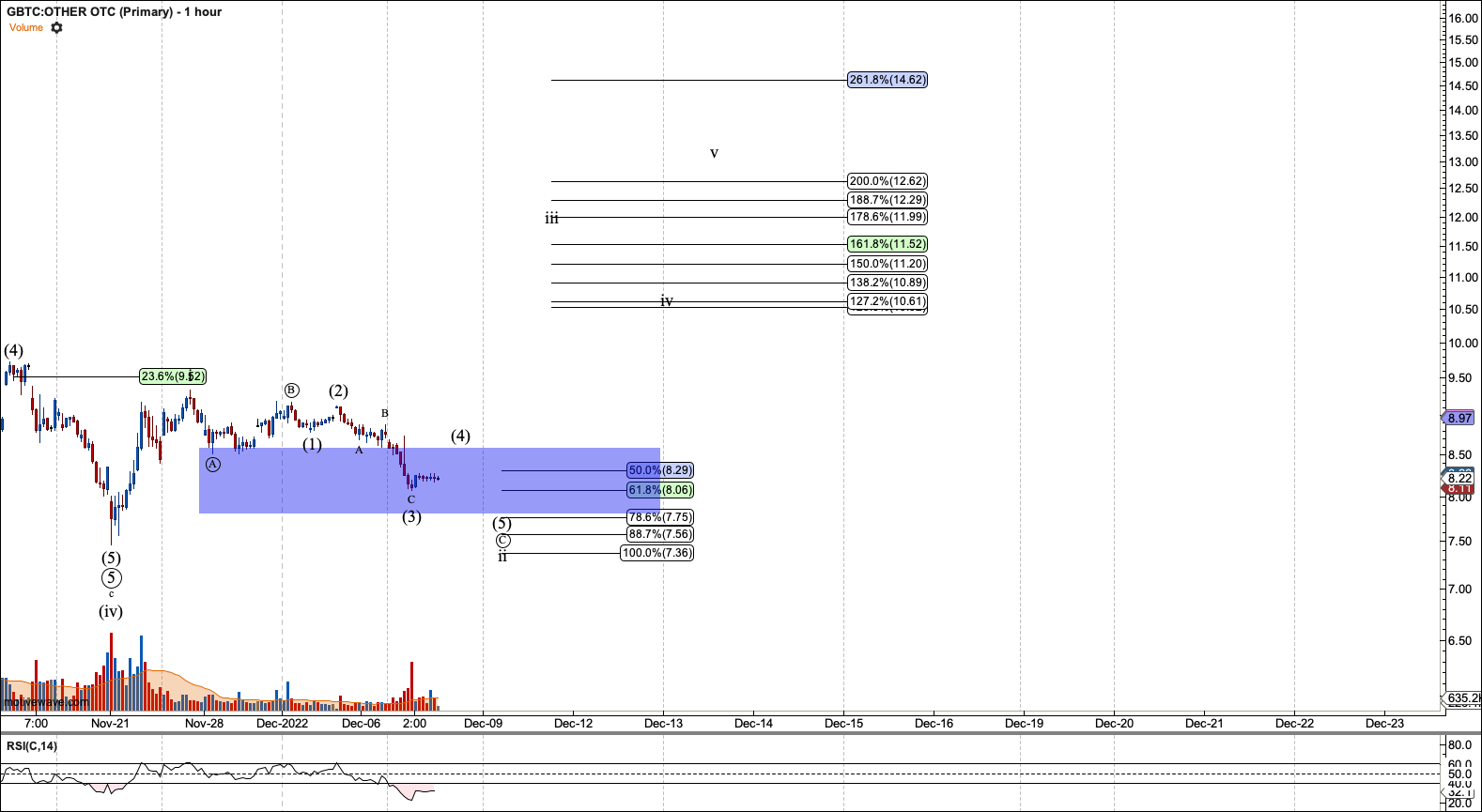