I am going to work out of the SF bay area from June 6-9. I do not expect any disruptions to my time on the board unless there is an issue with flights or other transportation. Though I'll work from my laptop so I'll be a little slower.

Bitcoin Supports: Once BTC sustains under $24K, I will count it a diagonal and a new high near $100K as the last in this bull cycle. Breaking $24K also opens the door to $10K and $3K, suggesting this bull cycle is already over.

GBTC Supports: GBTC confirmed it is in a diagonal at best, as it has sustained a break of $24. The next all-time high, ideally at $80 and above should end this bullish cycle.

Both Bitcoin and Ethereum saw follow through in the bearish setup posted yesterday, though they pushed them to the edge. This puts the bearish black counts in full control for now.

I see one caveat. What is interesting is that we haven't seen five down yet and we are almost at the 1.0 extension off the 1-2. Ideally the first wave of a third occurs before the .618 extension. This gives us more solid confluence with the alternate red circle-2. But ultimately, we need to hold circle-2, which likely reaches below $28K, and ideally holds $26,800. If $26,800 breaks, I'm certainly looking for $22K. 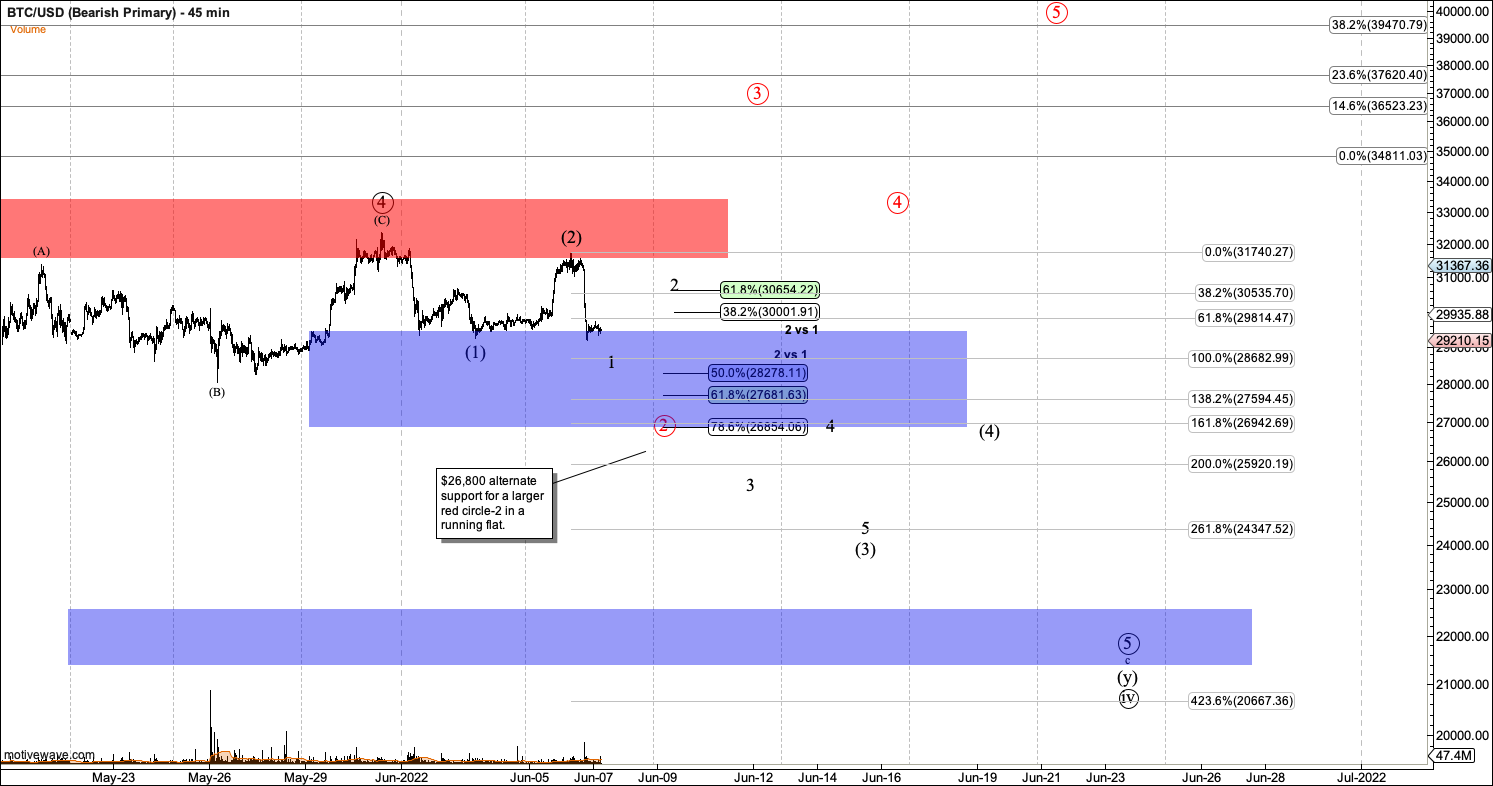 Ether is a little too extended as well to trust the 'full' black count. But not as off fib wise as Bitcoin's black count. So, if Bitcoin starts to indicate a bottom in its red count, I'll watch this count to see if we foreshorten it. But I'm going to look for $1300-1200 for now, which makes room for the extension we saw last night. 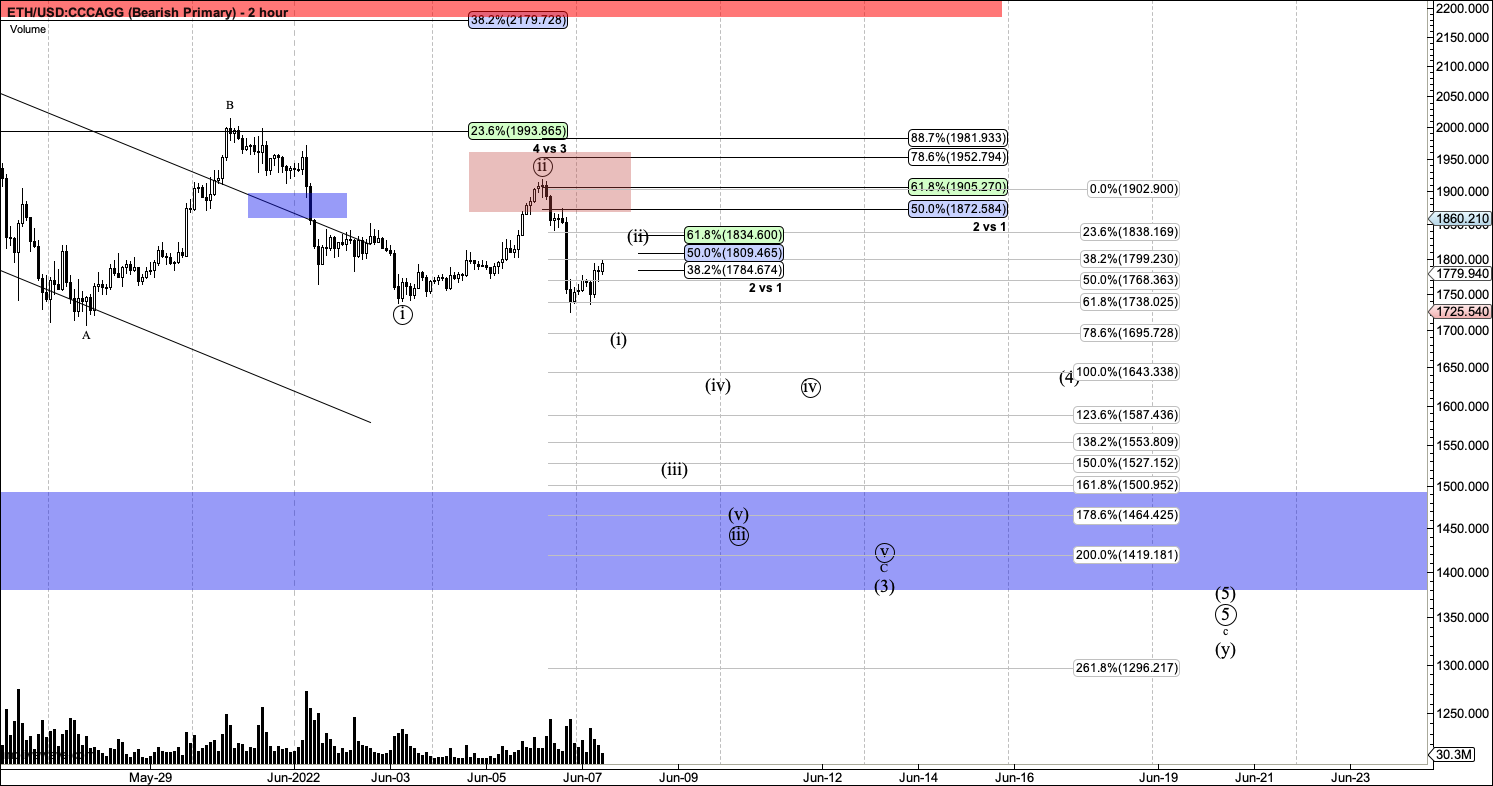 I'd still like to see a healthier 'iv' in this chart but for now, it seems bent on a direct extension to 0.05. 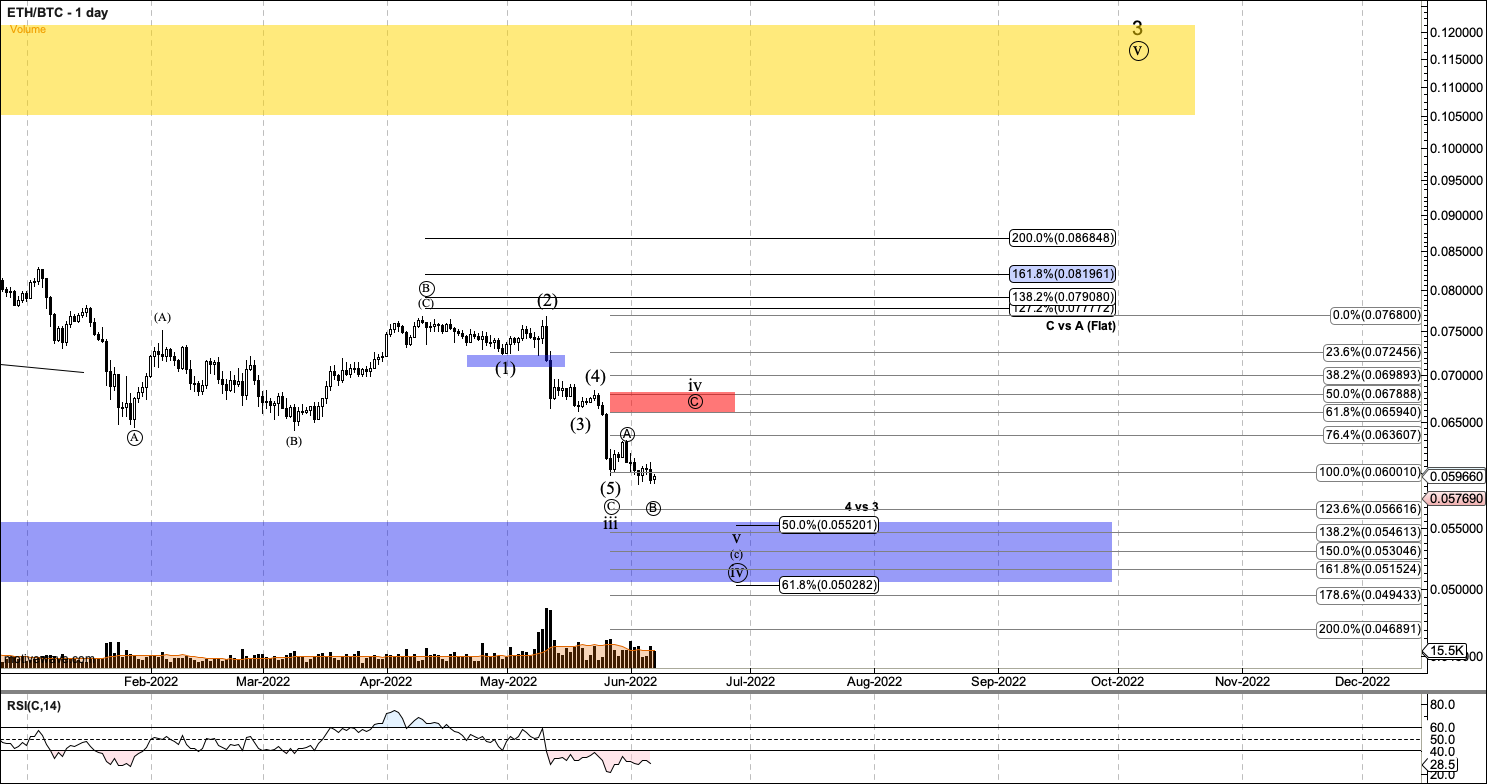 The red count in GBTC is technically valid over $17.95 but obviously circle-4 more than likely holds. 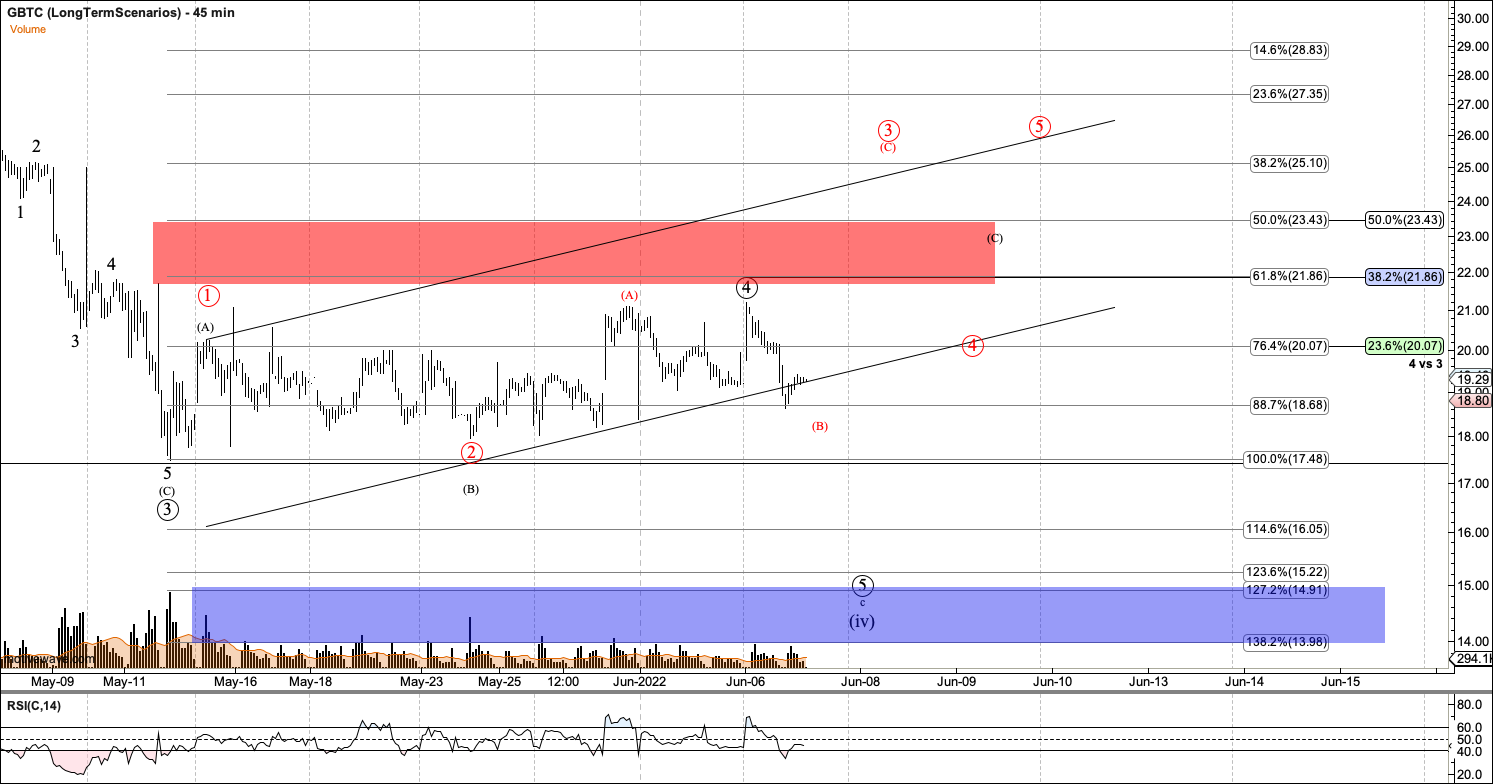