This week the US Dollar Index (DXY) continued to consolidate under key resistance at the 97-69-98.48 zone. As long as we hold under this zone I still will view the primary white count looking down as my base case. As I noted last week we still have fairly clear guidance on the smaller timeframes as shown on the charts. If we are going to follow the base case shown in white, then we should hold under the 97.69-98.48 zone for the wave (iv) of ((iii)) down.

So I re-iterate from a smaller degree perspective as long as we hold under this zone the near-term pressure will remain down. Alternatively, if we move back up over this zone it would open the door to something else being in play and would open the door to the green count potential. I still would need to see a micro five up off of the lows to give further confirmation of that green path however but for now, I will take things one step and a time and keep a close eye on that 97.69-98.48 zone.

From a larger degree perspective, very little has changed from the previous analysis or to the two larger degree counts that I have been watching. Those are still shown in white and in green, with the white count being my primary count and the green being my alternate (the red count is simply a variant of the white count).

As I noted previously the alternate green path would see the US Dollar much higher over the coming years. The price action of the past several months has made this green path as less probable but still viable. So as long as we are holding over the 94.65 low I still have to allow for this potential and will leave it on the charts at this point in time. It would, however, take a break back over the 98.27 level then back up over the 100.93 level and finally back over the 102.95 level to signal that we have broken out in this path and unless and until that does occur, I am still leaning towards this topping in the white wave B.

So while we are not quite out of the woods just yet as far as a runaway dollar is concerned, the action over the past few months is still giving us an early signal that the larger degree pattern that we had been watching over the past several years may finally be getting close to triggering. If this is indeed the case we should see the US Dollar to move lower over the course of the next several years. 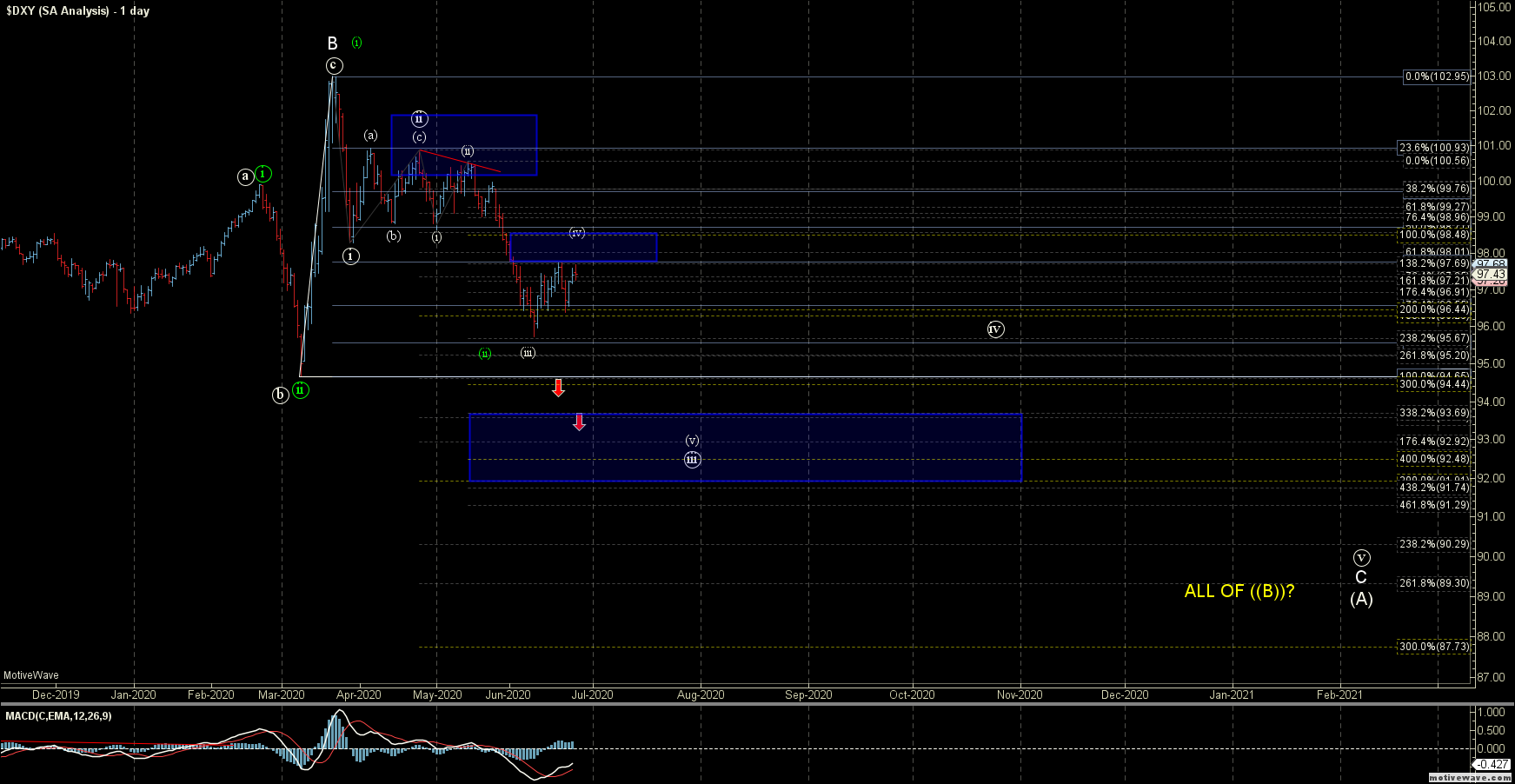 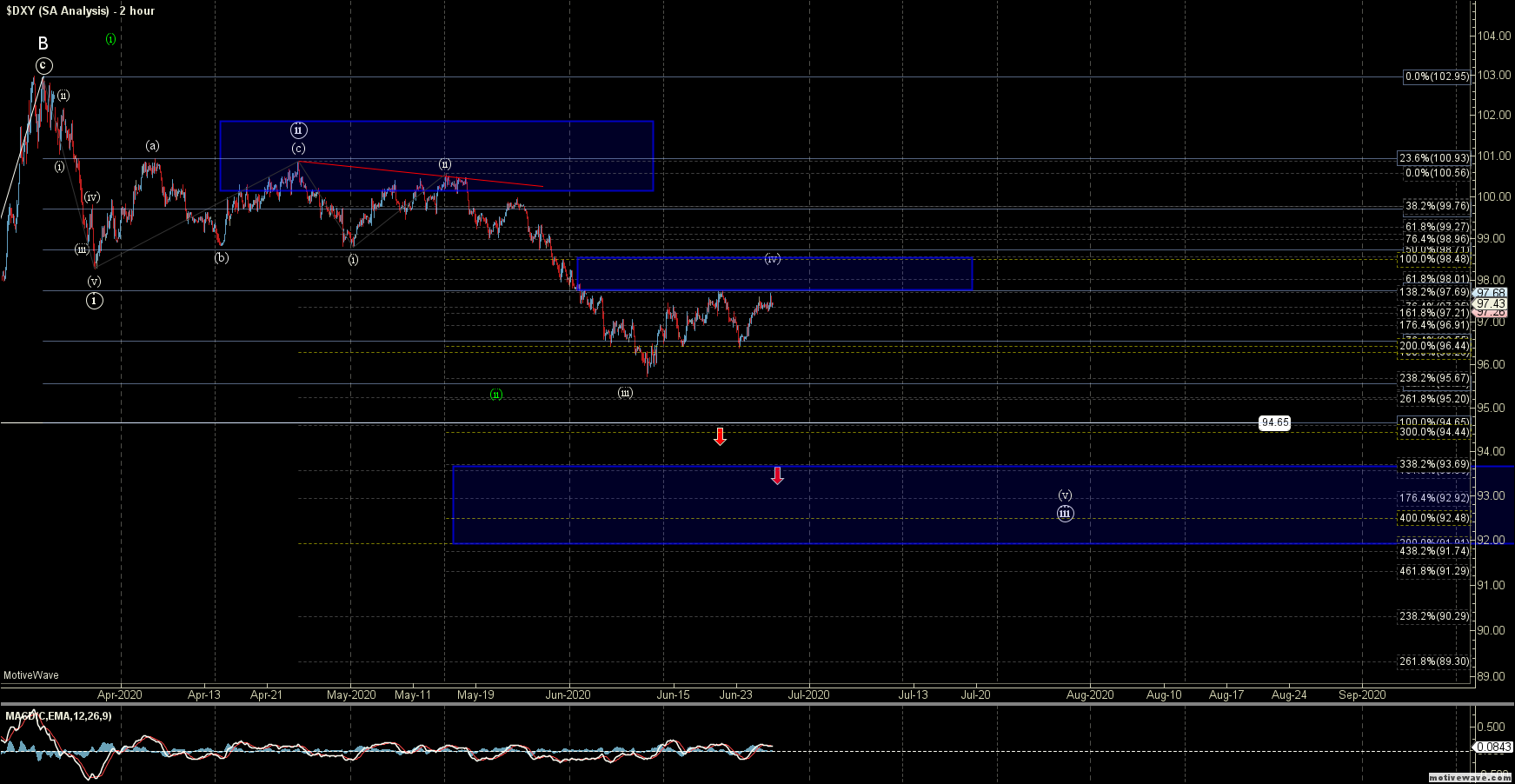 $DXY (2 hour)
Michael Golembesky is a senior analyst at ElliottWaveTrader covering US Indices, the US Dollar, and the VIX. He contributes frequently to Avi's Market Alerts service at EWT while also hosting his own VIX Trading service.