I am going to allow for this to now push as low as 14,307 and still be part of that wave ((4)), which I am showing in white still needing another push higher in the wave ((5)).  Under this case, we would need to see a full five up off of the lows and a push back up over the 15,345 high to suggest that a bottom has indeed been found.

If we see a corrective push up off of the lows followed by a break below that 14,307 level, then It would signal that we have indeed formed a larger degree top, under which case I would expect to see a deeper corrective pattern. I will note that we are starting to form some divergence on the 60m MACD here, but we still need to confirm this with a continued push higher as well as seeing that full five up off of the lows.

So, while there are some good early signals that this may be attempting to form a bottom in the near term, I still will remain somewhat cautious on this chart until we can see a clean five up off of the lows and/or a break over the 15,345 level. 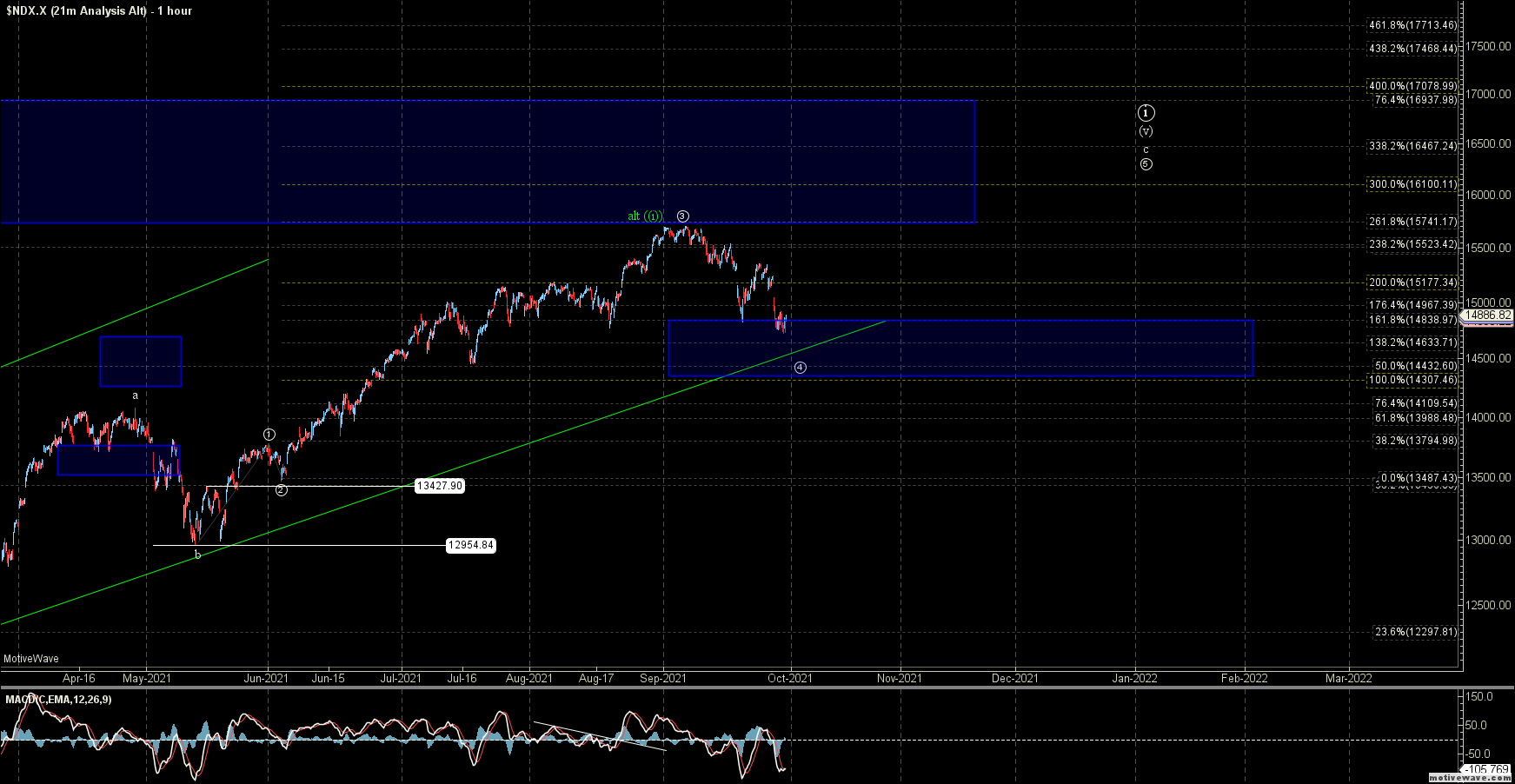 $NDX.X - 21m Analysis Alt - Sep-30 0650 AM (1 hour)
Michael Golembesky is a senior analyst at ElliottWaveTrader covering US Indices, the US Dollar, and the VIX. He contributes frequently to Avi's Market Alerts service at EWT while also hosting his own VIX Trading service.